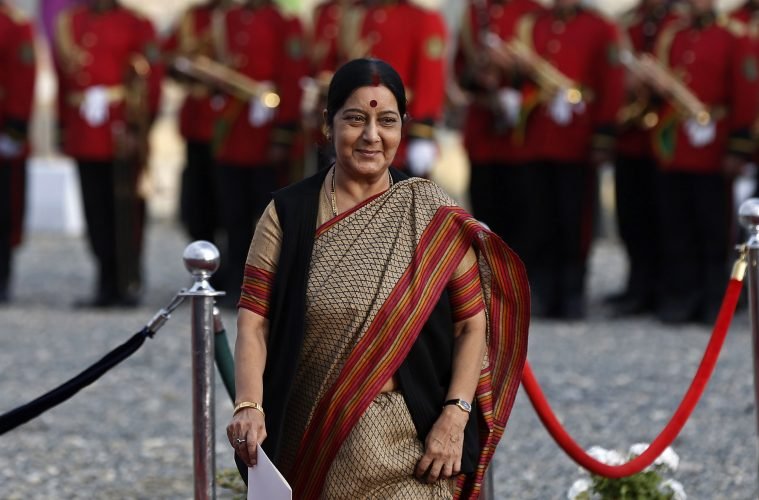 14 February is sure famous for many things. However, as a keen follower of Bajrang Dal, I would like to highlight the other significant things that have happened on this day. Such as the birthday of Mrs. Sushma Swaraj.

It is difficult to award one title to this fierce yet inspirational lady. So it is tough to decide whether one should call her the ‘lady of many firsts’ or ‘the queen of 140 characters’ or the ‘External Affairs Minister India was waiting for the years that have passed’.

At her 65th birth anniversary, let us take a look at what makes this lady the best, one has ever seen!

Sushma Swaraj – The leader in the making

Sushma Sharma is the daughter of Hardev Sharma, a prominent figure of the pro-Hindu (read: anti-Muslim) organization Rashtriya Swayamsewak Sangh. Swaraj was a super enthusiastic child when it came to politics. An active member of the Akhil Bharatiya Vidyarthi Parishad in college, Swaraj started out her political career as an advocate in the Supreme Court of India. 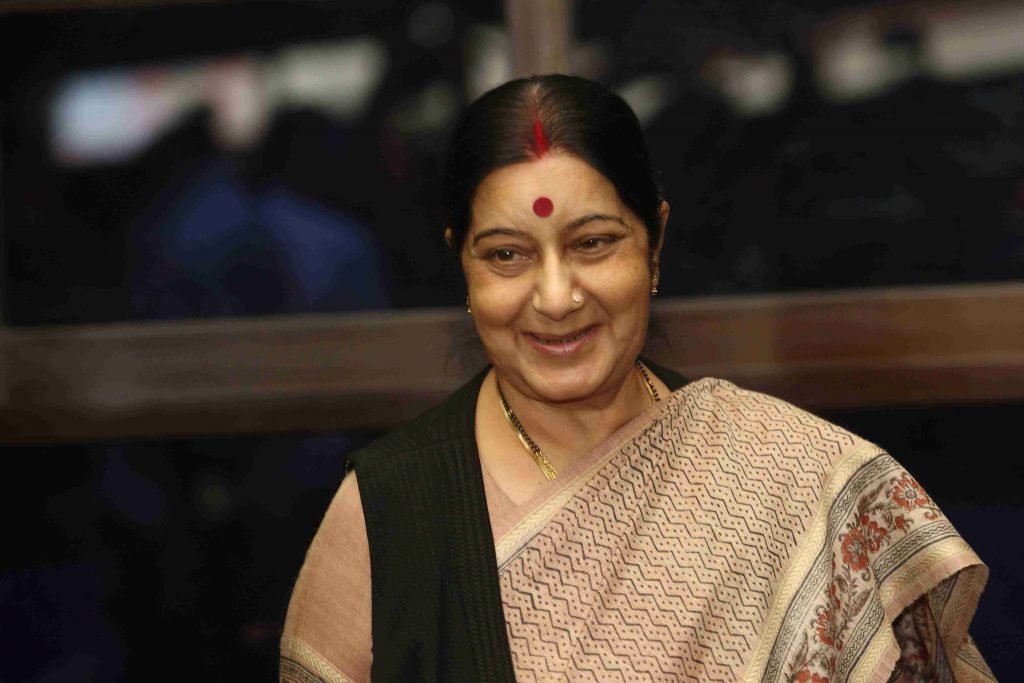 In association with Jayprakash Narayan and his Total Revolution Movement in 1974, Swaraj gained a lot of popularity not only in the public but within the party as well. During the emergency, she hit the bull’s eye by joining the party and with this, her conquest with mainstream politics started.

Sushma Swaraj – The lady of many firsts

What makes Sushma Swaraj a lady of many firsts is the fact that whatever she achieved, she did at a very young age with a lot of energy and vigour. At the age of 25, she was a part of the cabinet ministry. This was after she won the Haryana Legislative Assembly from the Ambala Cantonment area.

Which in fact brings us to an interesting standpoint.

Swaraj and her bond with the state of Haryana

Sushma’s bond with Harayana goes a very long way. Brought up in Haryana, she saw the grievances of people in general and girls in specific. This might be the reason why she put out the matter of women empowerment at the delegations held at the United Nations General Assembly (UNGA). It was the UNGA that Swaraj showed her prowess. 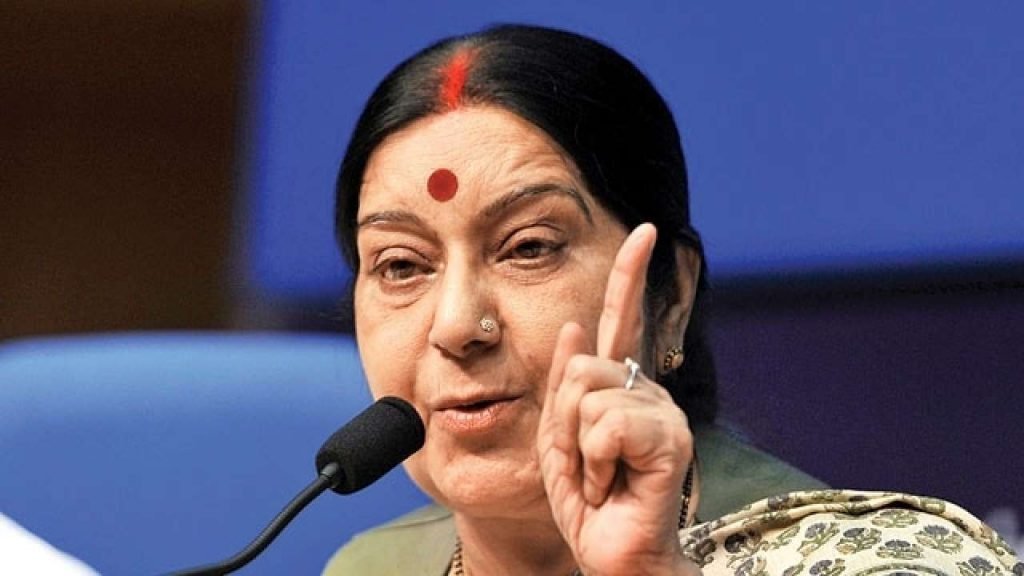 Weighing the words correctly with extreme diplomacy is what is required by a minister of External Affairs. And yet again Swaraj justified every bit of it. From climate change in the globe, poverty and unemployment to discussing the atrocities committed by Pakistan in Uri. Swaraj made it clear that the dream Pakistan had of acquiring Kashmir should be a dream.

A clear mind frame in the political sphere is a tough task and comes with experience. And Swaraj has plenty of that. The fact that she held the office of the first female chief minister of Delhi under the Vajpayee government had granted her enough lesson on how the machinery works. And never in her political career do you see a blotch on that.

Be it the office of the I&B and Telecommunications minister or the Health minister, all you see in her graph is plain progression. She opened six All India Institutes of Medical Sciences in various states across the country as the Health minister. During her tenure in the I&B ministry, she declared film production to be an industry. Bold and correct step to bring the film industry which was back then heavily dependent on the underworld for finances.

Sushma Swaraj in the Parliament

She may not have been politically correct on all occasions. But because of her excellent oratory skills, Swaraj became an important leader of the opposition. She won the award for outstanding parliamentarian. And this is quite justified considering the delight one gets upon seeing her raise motions in the parliament.

Back in the 2004 parliamentary elections, she vowed to shave her head and don a white sari if Sonia Gandhi would have become the Prime Minister. Gandhi never became the prime minister although that was for entirely different reasons. With a profile as good as hers, there was not much left for her to accomplish. Until the 2014 parliamentary elections where the Modi-led government gave her the coveted Ministry of External Affairs.

The ministry of External Affairs is probably the most loved ministry right now among the people. For everything seems like just one tweet away. A clear and transparent way of interacting with the people have made Swaraj even more popular. It has also helped give the ministry a positive spin not only in the media but also in the public.

From launching registration modules for Indian students studying abroad to rescuing 168 Indians held hostage in Iraq, the multidimensional working of the ministry can be seen very clearly. It is because of the efforts of her ministry alone that the foreign ministers of the Big Five-America, Britain, France, China and Russia visited India multiple numbers of times within a period of three months. 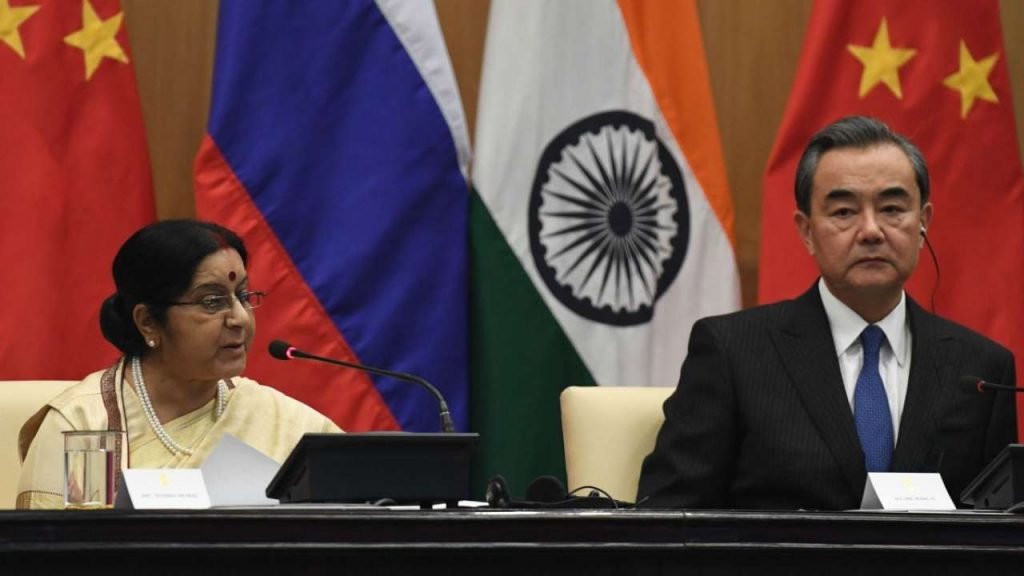 The bilateral relations of India with other countries have improved manifold. She even sent 40 tonnes of drinking water to the Maldives when there was a shortage of drinking water supplies in the country. That is why they say and say it correctly that help is just a tweet away under her reign.

The fact that she understands the machinery that goes behind the implementation of laws and her transparent approach to the people that she serves has made her a lovable politician.

A position most politicians never reach. Many hats off to you ma’am. For what you have done is one hell of a job. Happy Birthday!