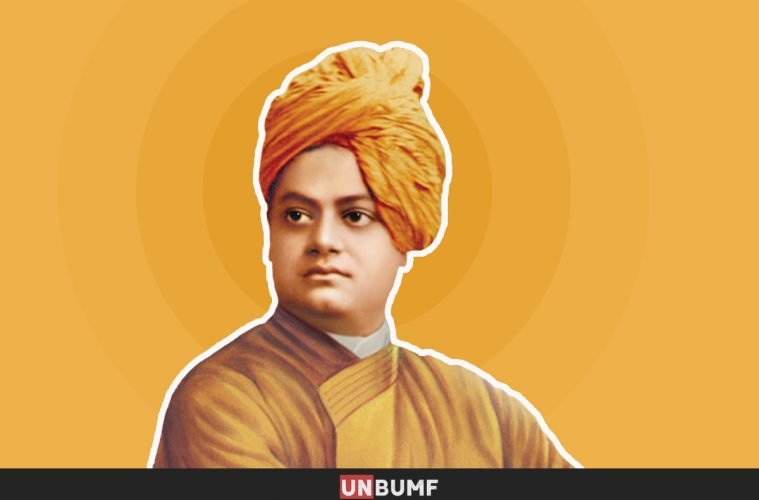 Swami Vivekananda And His Vision Of A New India

The New York Herald in an editorial published these lines,

“…After hearing him we feel how foolish it is to send missionaries to this learned nation.”

This was a day after a wandering monk from India introduced Indian Philosophy to the west in the Parliament of Religions, Chicago. It was for the first time that India, the land of snake charmers, got the recognition for its ancient wisdom. Moreover, India’s great teachings and the philosophy of universal brotherhood also got the recognition.

Swami Vivekananda, a Hindu monk from Calcutta embarked on a journey across the oceans and delivered the message of Vedanta. Something which broadened the horizon of the west about India and its age-old spiritual legacy.

Who was Swami Vivekananda?

Swami Vivekananda was a Hindu monk from Calcutta. He dedicated his life to awaken in the people of this country the sense of human dignity and worth. Something that was missing after centuries of oppression. He was a nationalist who, through his speeches ignited the spark of nationalism that was flickering within all of us. He taught us to take pride in our culture, our traditions and our unparalleled knowledge of Vedas and Upanishads. 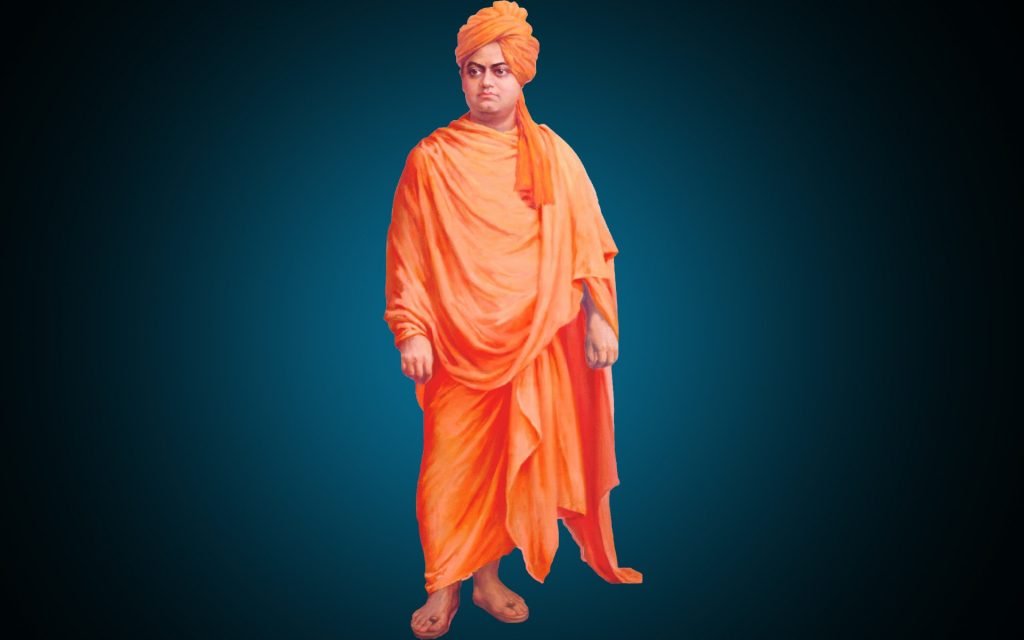 He traveled across the length and breadth of this country to understand its people. Vivekananda learned that even after centuries of oppression the inner spiritual soul of India remained intact. He traveled across oceans, carrying with himself the wisdom of India to foreign lands. This changed the way India is perceived today by the west. He laid stress primarily on education because it is the only tool of human character building. His teachings were a hard blow to the prevailing patriarchal society. Therefore, proclaiming that the world cannot prosper unless the condition of women is any better.

His Vision Of India

At a time when India was suffering in the hands of the British, Swami Vivekananda envisioned a rejuvenated India. An India that will lead the world to a better future.

“Arise, awake and see her seated here on her eternal throne, rejuvenated, more glorious than she ever was – this motherland of ours.”

His firm belief in the glorious future India, that he proudly propagated. Vivekananda, inspired thousands to fight for the freedom of the country and empowered millions who considered themselves weaker and worthless.

Before India was enclosed by the Radcliff line, it was divided into many princely states. He began his reformation by promoting the idea of India as a whole, as a nation. Binding everyone who has their roots in the Indian Subcontinent together with nationalism and love for their motherland. 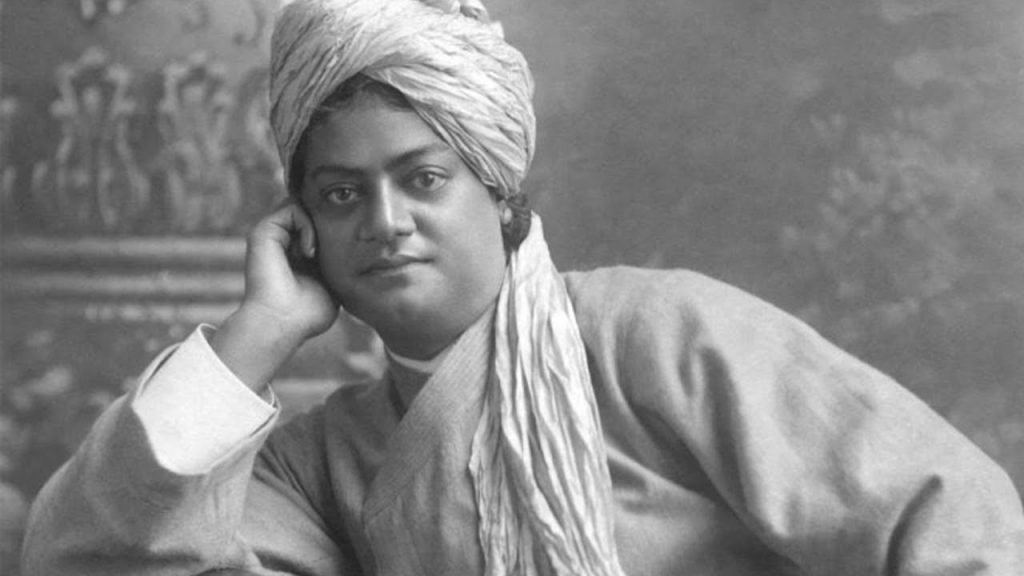 His idea of India was beyond caste, creed, color and religion or race. He recognized India’s infinite potential which lies in its values. Its spirituality which teaches people that God resides in everyone and hence no being should be harmed.

It is the very reason why great philosophies of ahimsa (non-violence), karma and Vasudheva Kutumbakam (the world is a family) originated here.

India, as a millennia-old civilization has yet retained its commonness and unity in spite of centuries of persecution.

Through his extensive study of world history and the rise and fall of civilizations, he understood that role of India was far greater than conquering the world with the sword.

Speaking about the role of India in the future of the world, he once said,

“Let the Persian or the Greek, the Roman, the Arab, or the Englishman march his battalions, conquer the world, and link the different nations together, and the philosophy and spirituality of India are ever ready to flow along the new-made channels into the veins of the nations of the world. The Hindu’s calm brain must pour out its own quota to give to the sum total of human progress. India’s gift to the world is the light spiritual.”

The India of Vivekananda’s vision was awakening, after centuries-long slumber and rebuilding itself into a new nation. A nation full of potential. A nation that will spiritualize the human race and will be a death-knell to all the persecution and religious fanaticism.

He understood that neither politics nor power but spirituality forms the core of this country. The precious knowledge of Vedanta, the yogic sciences, the age-old wisdom of scriptures are one of its hidden treasure.

However, he knew that no spiritual transformation of the country is possible unless its people are out from the depths of poverty, disease, and ignorance.

The only weapon against these social evils was education, education for every class and gender.

Fearless youth with insurmountable energy, free from all selfish thoughts, ready to struggle, ready to sacrifice. Only such youth can sustain the journey of taking India from the depths of degradation to the pinnacle of glory, according to him.

His consistent invocation to the youth of the country was to go back to their cultural roots, believe in it, feel proud of it. To utilize its values ‘for the good of the many, for the happiness of the many. 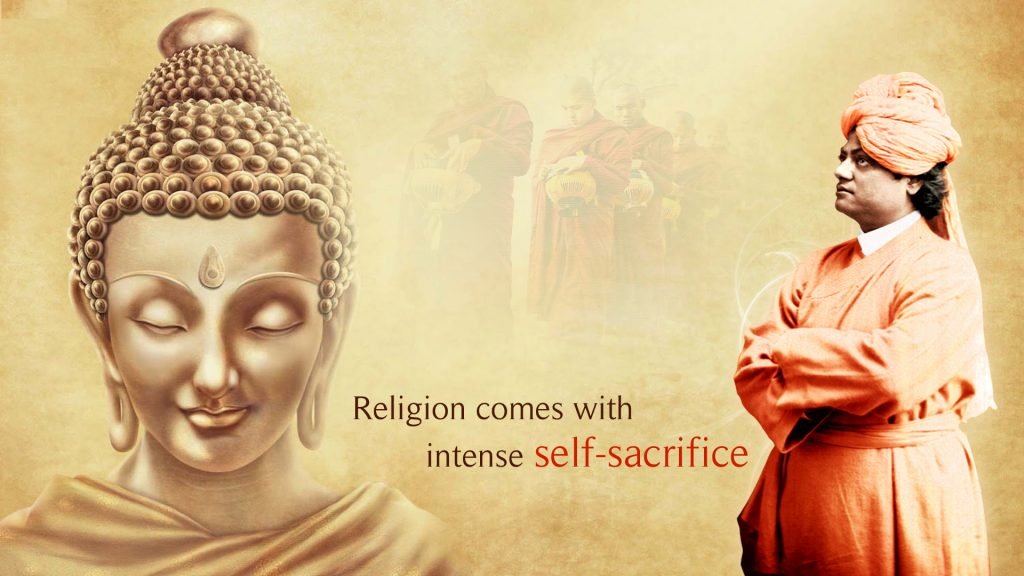 His messages and teachings which revolutionized the nation, laid the foundation of the uprising of a new India, led by the physically and mentally strong and committed youth. Unlike the materialism of west, the India psyche is spiritual in nature, yearning for exploring the inner self, purifying the inner self and creating men of strong moral character.

It is the land of renunciation. The land where all persecuted and tormented get shelter. The land which gave birth to innumerable great philosophies of non-violence which he believed will bring to an end all uncharitable feeling between people.

However, for a thousand years, ancient Indian wisdom remained obscure to the world.

Foreign invaders crushed the tremendous potential of the people of India. Moreover, the prime target of these invaders was to destroy the religion that the local people followed. Their temples and shrines broken to pieces, their homes looted and were subjected to forced religious conversions. For centuries, Indians lived like second class citizen which severely affected their lifestyles and cultivated a sense of inferiority in the minds of the people, which is still prevalent.

Our obsession with the west and lack of admiration for Indian achievers, Indian thoughts and all that is Indian in nature have gradually depleted our innate potential.

Swami Vivekananda dedicated his life in reminding us Indians of that potential, of the prodigious capabilities of the Indian mind.

It is now that we can feel the urgency of his message when the world is sitting on a volcano. When some countries are busy producing weapons of possible human extinction, we need the India of Vivekananda’s vision the most. Therefore, India that will be the spiritual torch bearer for humanity.