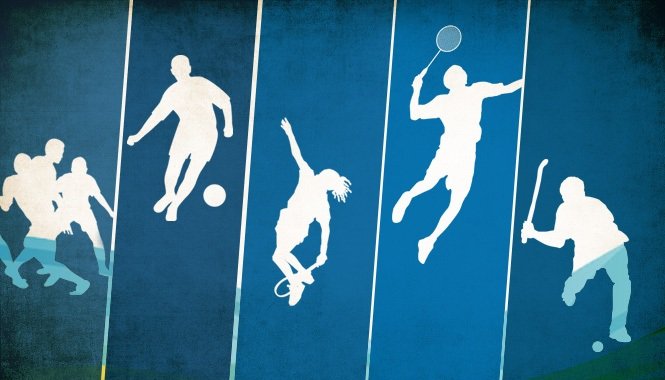 Of Talent, Sponsors And Dominance – The Rise Of Indian Sporting Leagues

India has been on the rise in terms of sporting culture for quite some time now. Since the inception of IPL in 2008, more and more league models of popular sports have been initiated. The success is not only limited in terms of athlete development. But India has also been viewed as a potential market for exponential business in the same. With improved infrastructure and high professionalism, Sport Leagues in India have been growing in popularity y-o-y. More and more sponsors add on to the business model and more talent acquired for the national teams.

Here’s a look at the top 5 sporting leagues of India : 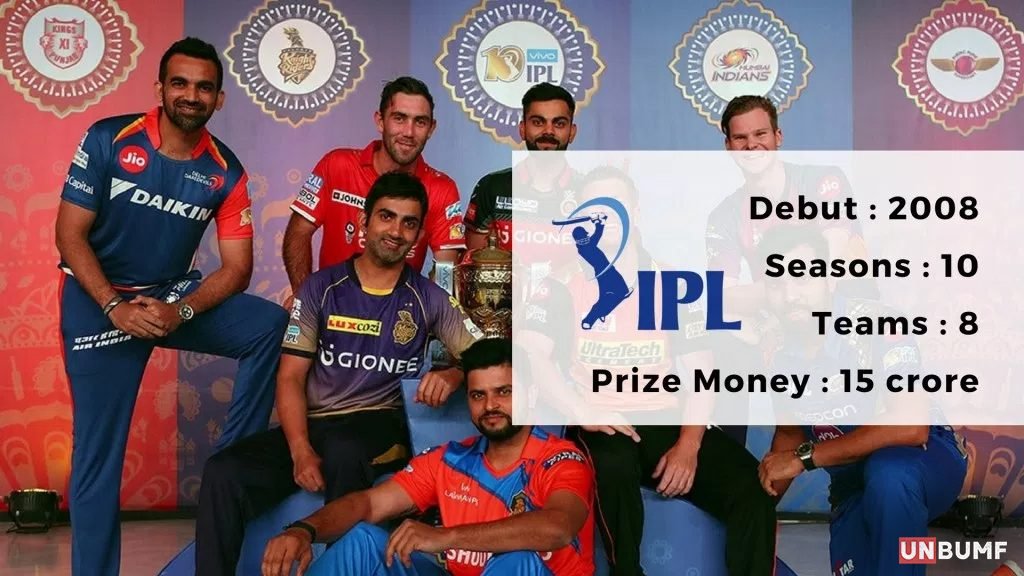 The most popular T20 league in the world has completed 10 years of existence. And it proudly boasts of the multiple records it holds. There seems to be no stopping in the league’s popularity as the recent BARC reports suggested rise of almost 23% in viewership as compared to the previous season. The average attendance for the league matches is also higher than the star studded football league (LaLiga) of Spain. According to recent reports, IPL is also ahead of English Premier League and Bundesliga in terms of being the best-paid league. Although the annual salary of the respective footballers is much higher, what plays in favor of IPL is the short season duration. With the two suspended teams of Chennai and Rajasthan hopeful of making a comeback next season, IPL is sure to dominate the Indian sports circuit in the upcoming years. 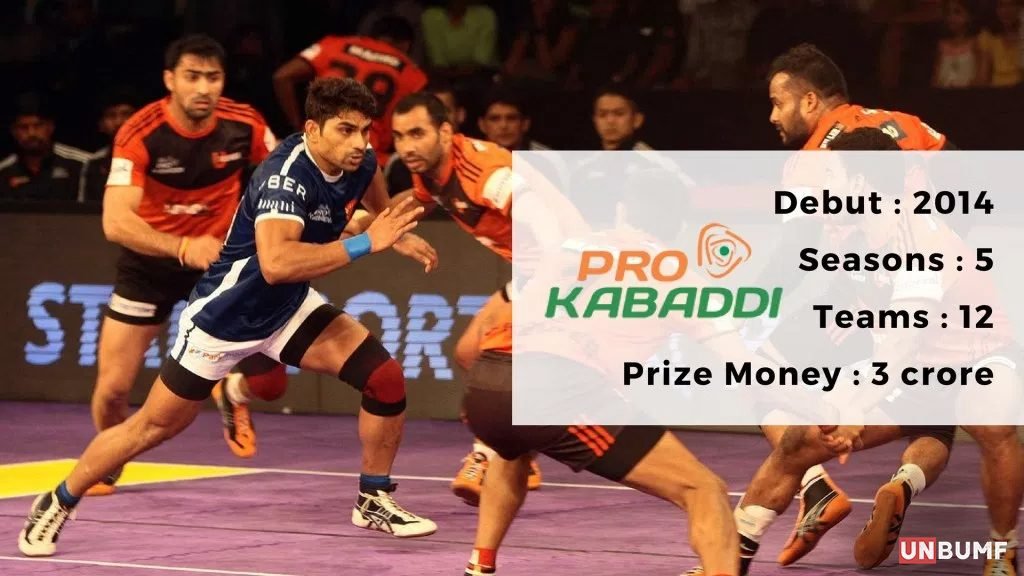 There have been 3 Kabaddi World Cups played so far. India has won all three of them. When your country boasts of such dominance, popularity follows. Pro Kabaddi League debuted in 2014 and has been growing in popularity each season. According to BARC reports, Pro Kabaddi has been the most dominating league in terms of viewership only after IPL  in India. The viewership for the inaugural day of season 5 was 56% more than that of the previous season.  Kabaddi has its origin from India and with more international and national stars playing in the league and a cash prize which has been elevating from 50 Lakhs in season 1 to 3 crores in season 5, Pro Kabaddi League so far has been Raiding successfully. 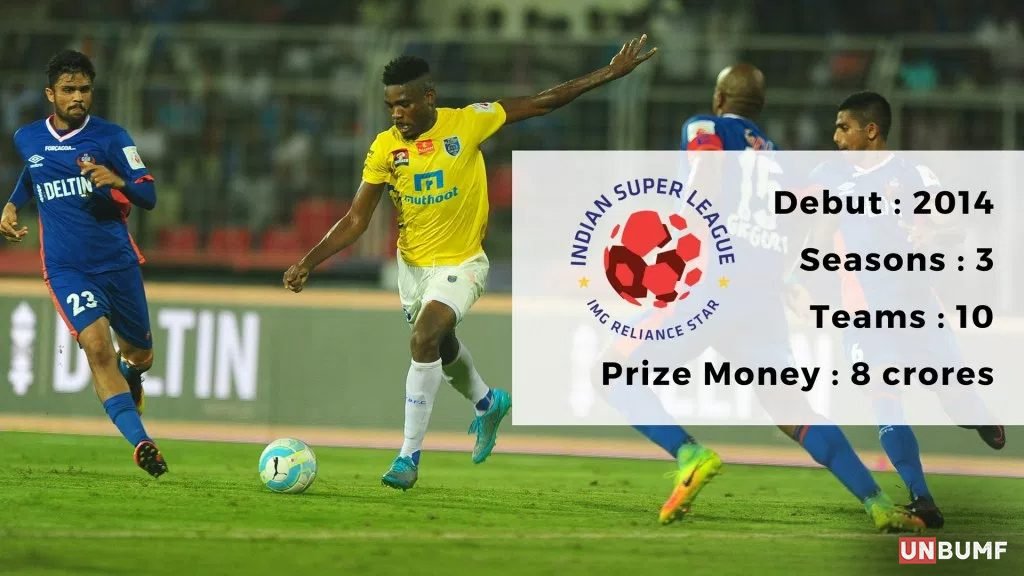 ISL has been a great advantage to the Footballing arena of India. Roberto Carlos, Zico, David James, David Trezguet are just some of the International stars that have been associated with the league. Add to that the glamour from the Hindi cinema industry and we have the perfect product for the title of a blockbuster.  In terms of average attendance per match, ISL is fourth only to Bundesliga, English Premier League and LaLiga in the top flight leagues of football in the world. Still above the French and the Italian Leagues.

The final of the 2016 season had a dominating viewership in Kerala, exceeding that of the 2016 T20 WorldCup semi-final between India and West Indies and the Euro 2016 final. Whereas Atletico de Kolkata have won the tournament two out of three times, expanding the fandom in the already football crazy region of northeast. The rural India viewership was also above 100 million for the third season. The Indian Super League has gifted an opportunity to a whole generation of footballers in India. Not an immediate impact, but Indian Football has since also risen in the world rankings. Currently placed at 96, its best in the last 21 years. 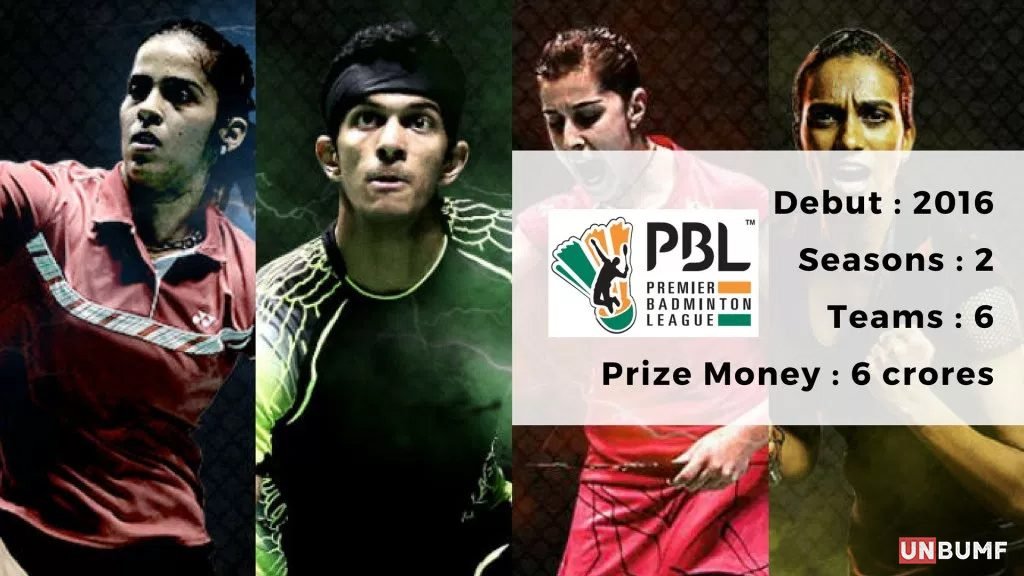 Initially known as the Indian Badminton League in 2013, PBL went for an overhaul in 2016. After two successful seasons Premier Badminton League has grabbed the eyeballs of the Indian viewers. In 2017, the opening day of PBL was met with a viewership of a good 3.84 million. Though still not comparable to the humongous opening of 30 million of IPL 2017, the numbers were remarkable for a sport dominated by women in India. Rio Olympic Champion Carolina Marin was the costliest buy at 61.6 Lakhs when she was bought by the Hyderabad franchise in the 2017 season followed by more International stars. Although national champions P. V. Sindhu and Saina Nehwal have also garnered handsome amounts at 39 Lakhs and 33 Lakhs respectively. The Premier Badminton League also boasts of being the highest prize money badminton tournament in the world. 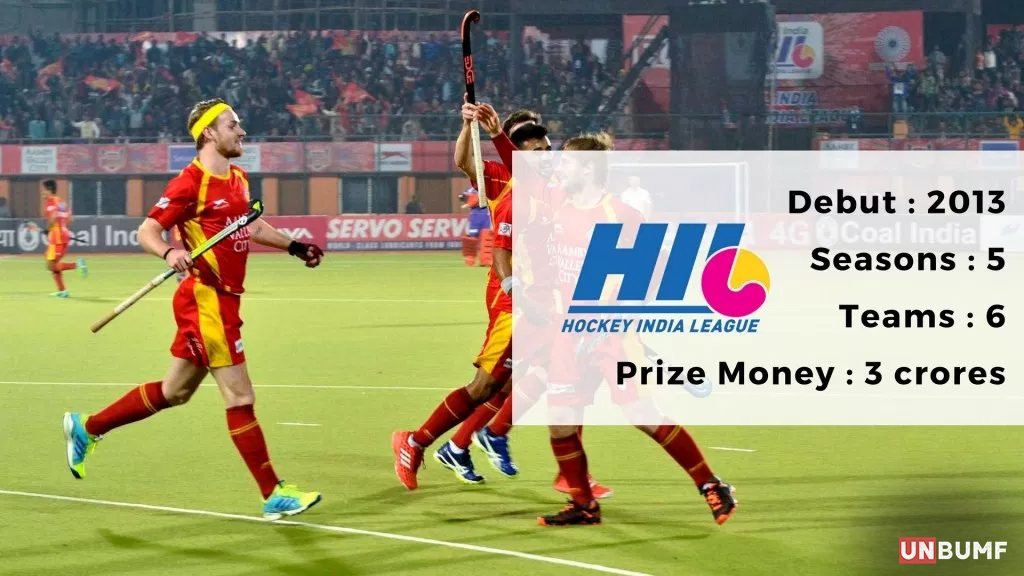 Originally introduced as World Hockey Series, the league soon got disbanded after the Indian Hockey Federation was revamped as Hockey India. Hockey India League can also be cited as a major influence on the overall improvement of Hockey in India after the series of debacles in the late 2000’s. HIL has also been helping hockey players in India sustain financially, an issue which had been creating riff between the national board and the players in the past. In the 2016 auction, Gurbaj Singh was the most expensive player bought by Ranchi Rays in excess of 60 Lakhs.

Hockey India League has the highest viewership in Punjab/ Chandigarh / HP / Haryana / J&K market. The league though, has been suspended for the 2018 season due to the clashing with the Indoor World Cup. 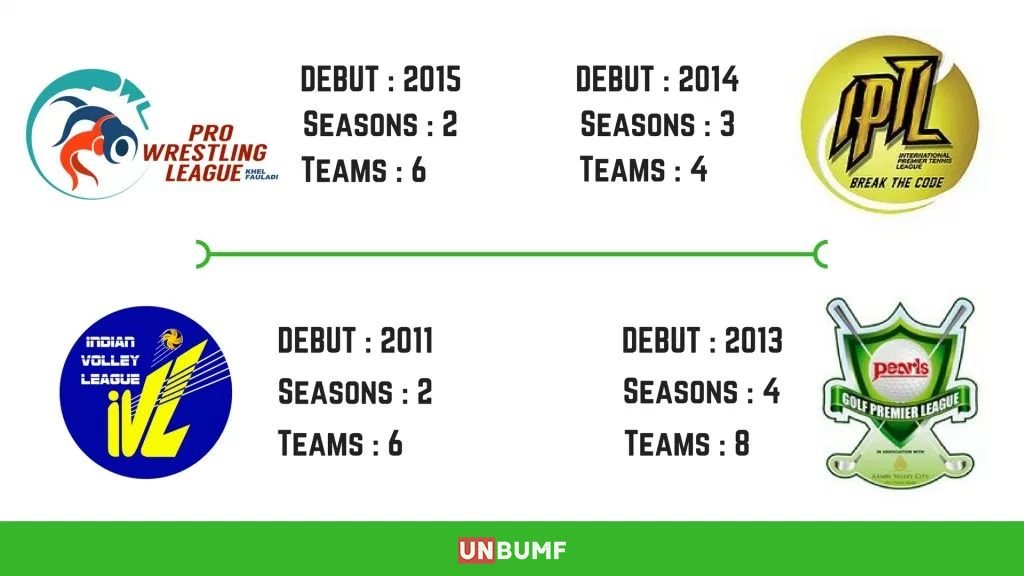 Touted as one of the the most expensive Olympic style Wrestling League in the world, PWL has had 2 successful seasons. Comprising of more than 66 national and international wrestlers, PWL has been growing in popularity each season.

Golf Premier League is one of its kind league for Golf. The league was the brainchild of Indian professional golfer Shiv Kapur and Neeraj Sareen, the chief executive of the league. Each team comprises of an international player, an Asian tour player, an Indian international and a PGTI tour member.

Indian Volleyball League opened to moderate enthusiasm in 2011 but after 2 seasons it discontinued. After a hiatus of 5 years it was about to relaunch but ran into legal trouble immediately.

Not exclusively an Indian League though, IPTL has Mahesh Bhuppati as one of the founding members. India has its own team represented by Indian Aces. Each match comprises of a combination of plays including men’s and women’s singles, doubles, mixed and past champions’ singles.

The success and reach of the following leagues have opened opportunities for other major sports to divulge into similar models. Poker Sports League, Ultimate Table Tennis, Polo Champions League etc. are just some of the projects in the pipeline. More will follow.