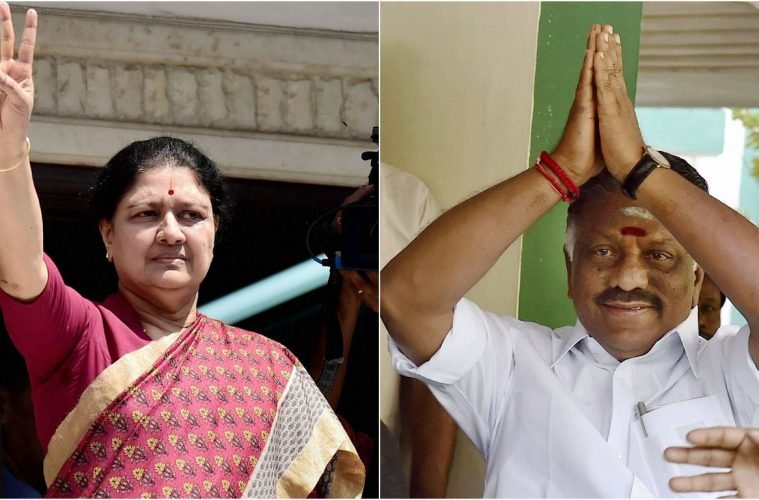 The Tamil Nadu Politics And Its Love Triangle

Ever since Jayalalitha’s death, there has been a lot of political upheaval in Tamil Nadu. It started in the first week of December and seems to have reached a conclusion only today. The two warring factions of All India Anna Dravida Munnetra Kazhagam today decided to join hands and oust fallen-from-grace former party head VK Sasikala for good. A verdict of the Supreme Court rendered Sasikala useless as she is currently serving four years imprisonment in a disproportionate assets case. Until today, no one in Tamil Nadu really knew or understood who the ruling party’s AIADMK’s leader was. There were two factions of the same party and everyone was choosing one of the two camps. Name-calling and blame game were the rule of the hour.

Panneerselvam, the leader of one faction had rebelled against Sasikala. He had claimed he was forced to resign as the chief minister and that Sasikala was a power hungry woman. But then by some stroke of luck, a Supreme Court judgment threw Sasikala out of any race whatsoever. Sasikala, however, did not go down without a fight. The legislators in her camp have nominated K. Palanisamy as the AIADMK’s new legislature leader and also the Chief Minister. Palanisamy. With support of 125 MLAs, he easily went past the required tally to become the chief minister. On the other hand, merely 10 MLAs supported Panneerselvam. And inspite of that, Panneerselvam managed to get his way and joined the two warring factions. So what does this joining of force mean for all the parties involved, and especially Sasikala, Palanisamy and Paneerselvam.

Though her dream of sitting on the CM’s chair was short lived and crushed by the Supreme Court order, she can not be taken for granted. She is the sister of former Chief Minister J Jayalalithaa and wields strong hold over the traditional Amma supporters. That she could nominate Palanisamy as the new CM and control him from jail can be clearly be an indication of how powerful she is. Though things have not exactly turned in her favour so far, it would be foolish to write her off. Once she is out of jail, she will look to avenge all that she has lost so far. That her puppet show did not materialize up until now will only add fuel to fire.

Palanisamy is no novice. Having got the support of Sasikala and a literal silver spoon in the form of chief minister’s post, he already has the largest backing of legislators. He must, however, know that power can easily shift from beneath his feet and before he realizes, it will be gone. Being a one time ally of Sasikala does not help him image either. However, if Palanisamy runs the government his own way and proves that the power of the CM Office is in his hands, and not Sasikala’s, he will be an influential player. If he plays his cards right, he might also be accepted by the general public of Tamil Nadu.

Looking at the events that have transpired today, Panneerselvam looks every bit the politician that Tamil Nadu needed after Amma passed away. With the help of only 10 legislators, he managed to force the rival camp to accept him as the deputy chief minister. It is an open secret that he has the backing of the Bharatiya Janata Party and Prime Minister Narendra Modi. Panneerselvam has in the past shown that he can not be knocked down yet. He visited the Jayalalitha Memorial along with Deepa Jayakumar, Jayalalitha’s niece, where Deepa confirmed that she will be joining politics. This shows how easy it is for him to play people to his advantage. OPS also has the option of delivering a victory to Deepa Jayakumar and himself going to the background, as he strongly hinted in the past.

The public will also probably favour a government led by Deepa as compared to one led by someone else. Panneerselvam can look for a clean exit from politics while the time is right for him. But then, given the antics, he can wrest power from her anytime. Panneerselvam will also look to join the bigger stage at the national level in the absence of grand leaders from his party.

What happens next is yet to be seen. The scenarios, however, are quite clear. Panneerselvam will try and edge out all competitors. Though he remains silent and composed, his actions pull the rug out from beneath before the enemy can notice it.