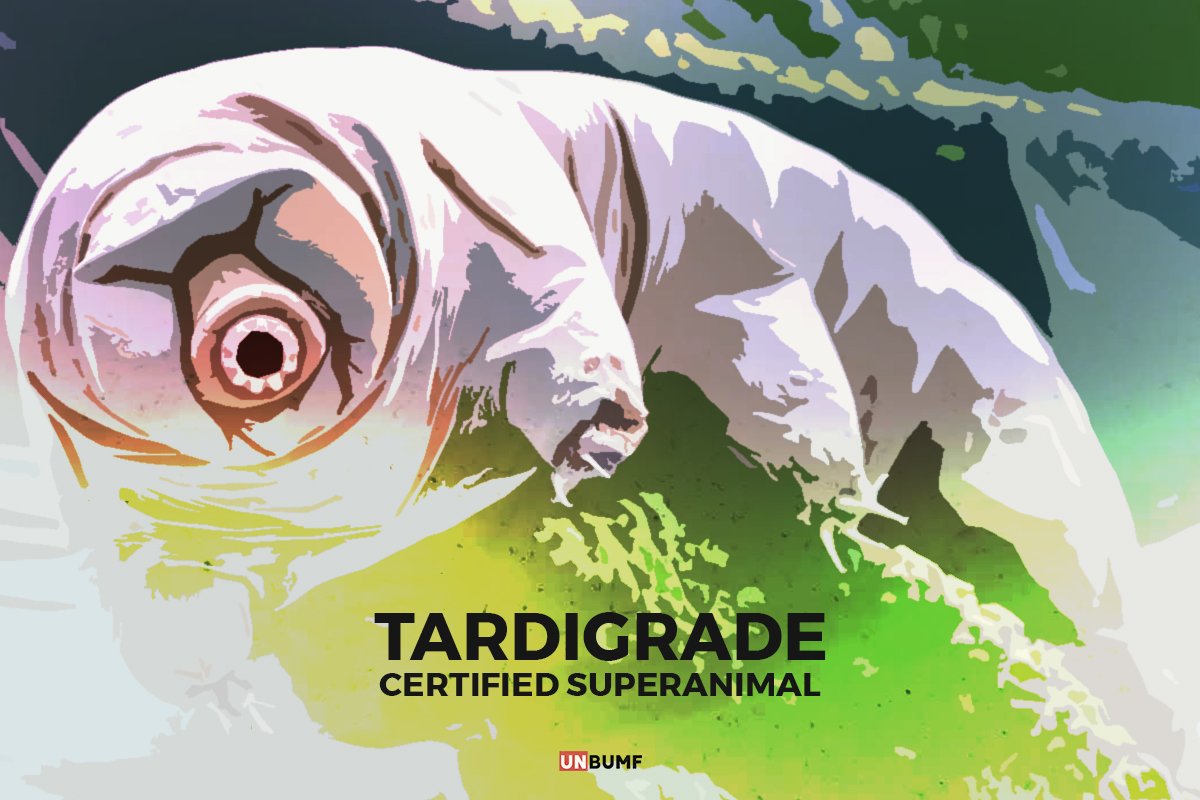 Survival in This Cruel World, One Tardigrade at a Time

The Gandalf of biologists, Charles Darwin laid down his tenet “Survival of the Fittest” couple of centuries ago. The nerdier version of this oversimplification would be “Survival of the form that will leave the most copies of itself in successive generations”. This is a widely popular theory governing evolutionary studies for decades now. We have encountered exceptions along the way, such as the current occupant of the White House, but the theory holds true for most. However, a certain micro-animal called Tardigrade has pushed our knowledge of survival in this universe to the extreme. Tardigrades, among other things, have survived an outing into space, extreme temperatures, pressure and whatnot. And no, they are not extinct.

What the hell are these Tardigrades we speak of ?

“Boil them, deep-freeze them, crush them, dry them out or blast them into space: Tardigrades will survive it all and come back for more.” Screams one BBC article on the subject. 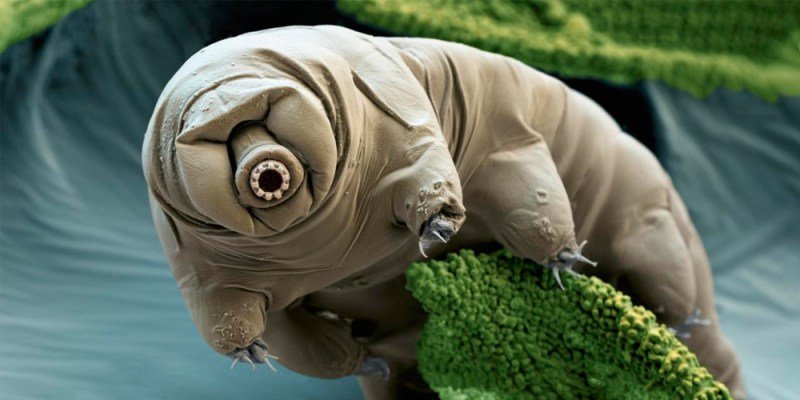 Tardigrades look like an eight-legged abomination of your wildest nightmare. Luckily, they are only about 0.5 mm long, which is pretty non-threatening. One can easily view them under a low-power microscope. Tardigrades can be easily found in mossy environment and typically require water to move around. Their habitat of choice has led to their more common names – Water Bear and Moss Piglets, rather cute and un-nerdy sounding. Due to their ability to withstand extreme conditions, one can find Tardigrades in varied climates – from the Himalayas, to the deep sea and from Polar regions to the Equator.

What kind of extremes can they really survive ?

Tardigrades are the most resilient, hardiest and metaphorically, the manliest creatures. They can survive extreme conditions which would kill any other animal. Humans, some of whom have to train for a year to survive a pinching, would shriek and perish at a fraction of some of those extremities. These water bears can survive temperatures ranging from -200 C to over a 100 C. They can withstand extremely low pressure of vacuum of space and also extremely high pressure of over 6000 atm. Humans can withstand about 10-30 atm. Tardigrades can also survive dehydration for upto 10 years. I am feeling parched while writing this.

However what makes scientists start shitting bricks is the fact that Tardigrades can endure the extremities of outer space and come back live and kicking. Just to be clear, ‘outer space’ includes surviving the extremely low pressure of hard vacuum of space and solar UV radiations, combined. In fact, in 2007, thousands of Tardigrades were attached to a satellite and blasted into space. On their return, they were rehydrated and it was noticed that most of them survived. As a matter of fact, a few of the badass ones laid eggs in FUCKING space and offsprings were healthy. As a layman with no significant knowledge of evolution or the animal kingdom, this boggles my mind. 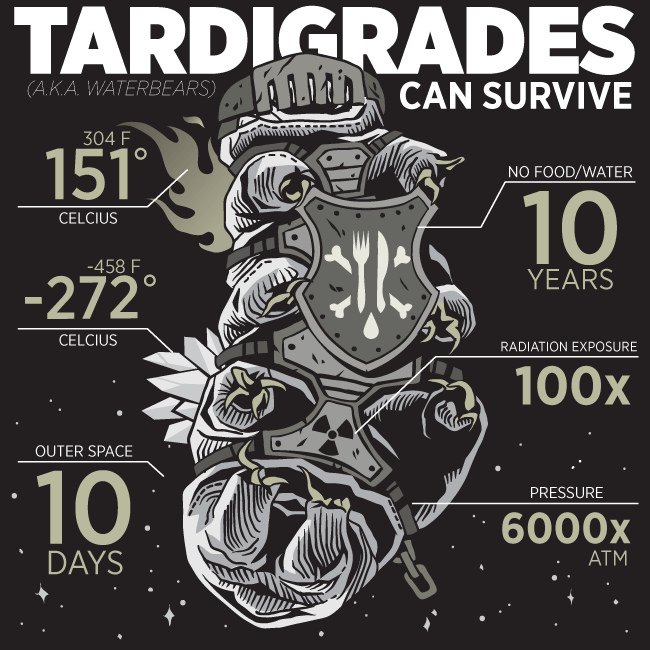 Care to elaborate on their survival strategy ?

Researchers found that a particular gene helps tardigrades survive boiling, freezing and radiation. The gene that protects their DNA was termed as ‘Damage Suppressors’ or DSup in short. Scientists have added that these genes can even be used to bioengineer other organisms to survive hostile climates such as that of the Mars surface.

Apart from these genetic tricks, Tardigrades have a few others too. Water is essential to survival of most animals. Tardigrades however, can live in dehydrated state for decades, with water content of less than 3%. They slow down their body’s metabolism and then enter a state of suspended animation, which closely resembles death. A Tardigrade can stay in this state for decades, even a century in some recorded cases. It reanimates only when it comes in contact with water or the environment is perfect again. In other words, a Tardigrade can pause its own lifespan and resume as and when it feels like.

With such disregard for laws of biology, temperatures, pressures and radiations, Tardigrades seem to be straight out of a fictional story. Tardigrades are super creatures without a doubt. It’s just a matter of time before some one adapts this creature into superhero and we can have large scale portrayal in the form of a movie or series. The Tardinator sounds nice and sinister. Maybe a villain then.