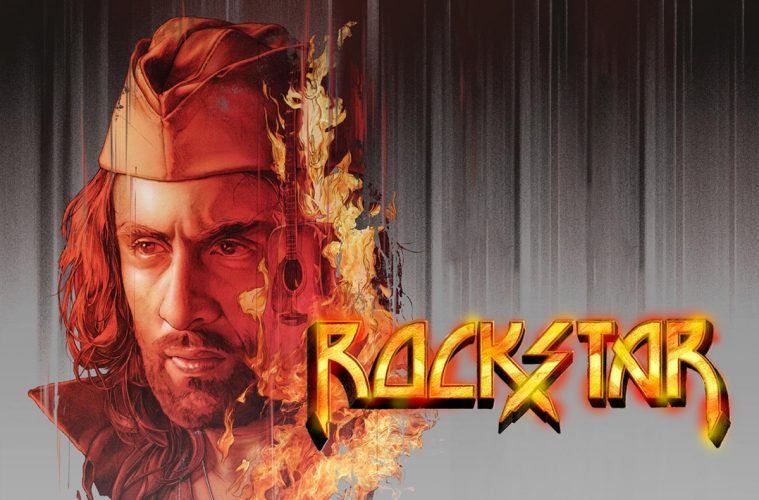 10 Best Bollywood Musicals You Just Cannot Get Enough Of!

The term “Bollywood” has been associated with a lot of different connotations. In India, for example, it refers to the film industry in its entirety. However, venture westward and you’ll see that the term bollywood has become synonymous with a bunch of “good looking” people dancing, involving a lot of hip gyration and various peacock inspired moves.

Be that as it may, we desis, however, love our mirch-masala and our naach gaana. Even when it involves running around trees. And so, Bollywood without its music as good as a pizza without cheese-quintessentially incomplete.

So today, we bring to you a list of our favourite Bollywood musicals:

When K Asif made his magnum opus in 1960, Mughal-E-Azam was an instant hit with the classes and masses alike. From Naushad’s music to Kamaal Amrohi’s dialogues, the movie was a masterpiece. The song, “Pyaar Kiya toh darna kya” became an instant hit. The movie amassed a following that was unprecedented.

Mughal-E-Azam was bollywood’s very own Romeo-Juliet. In a truly Shakespearean fashion, the crown prince, Salim, falls for Anarkali, a courtesan. What follows is tragedy intermingled with twelve songs. Each song is a masterpiece in its own right. From Lata Mangeshkar’s brilliant rendition of “Bekas Pe Karam Kijiye” to Shamshad Begum’s Qawwali in “Teri Mehfil Mein”, each song will leave you awestruck, even today.

You aren’t a 90’s kid if you haven’t danced to “Didi Tera Dewar Deewana” at a family wedding. Back in the days when Salman Khan wasn’t Bhaijaan and Madhuri wasn’t Mrs. Nene, a whole generation came to define flirtation with hitting a damsel on her behind with a catapult “Ouchh!”. It was a classic Rajshri movie. A love story replete with the classic Indian joint family, Hum Aapke Hai Kaun was a fun filled saga full of catchy songs and the quintessential Indian family values.

When a movie has A.R. Rahman associated with it, you know it’s going to be a musical wonder. Add Subhash Ghai’s showmanship and you have the perfect musical. While Aishwarya Rai was perfect as Mansi, the village belle who turns into a superstar, it was Anil Kapoor who stole our hearts with his version of the happy-go-lucky but street smart music producer.

The movie featured timeless classics like “Taal se Taal Mila” and “Nahin Saamne”. The movie was also lauded for its dance sequences (aced to perfection by Shiamak Dawar and his troupe) and the perfect fusion of Indian classical and folk music with western music.

Sanjay Leela Bhansali’s directorial debut, Khamoshi was a movie that touched chords with the whole country. Manisha Koirala played Annie, the daughter of a deaf and mute couple in Goa (played by Nana Patekar and Seema Biswas) who is able to speak and hear. After her brother Sam’s death, Annie recedes into her own world, away from music.

A young Salman Khan is adorable as Raj, cheerfully flirtatious and instantly adorable. The movie perfectly captures the most intense of human emotions in a highly simplistic manner. Studded with pieces like “Aaj Main Upar” and “Baahon Ke Darmiyaan”, the movie makes for the perfect musical.

Yep, this one needs no introduction. Often touted as one of Bollywood’s best love stories, DDLJ is definitely a movie one cannot afford to miss. From dialogues that have become have attained a certain charm to the songs of the movie- every bit makes it the classic that it is.

May it then be a young Kajol dancing in the rain in “Mere Khwaabo Mein Jo Aaye” or a rakishly handsome Shah Rukh Khan vowing his lady love in “Ruk Ja Oh Dil Diwane”, we lost our hearts every single time. Our favourite, of course, till date remains “Tujhe Dekha Toh Yeh Jaana Sanam”.

Amitabh Bacchan plays Subir, a singer whose star is on the rise. Subir falls for small town girl Uma (Jaya Bacchan) when he hears her sing, and the two decide to get married. However, as Uma’s fame grows, so does her husband’s jealousy, with the two falling apart but eventually re uniting.

Directed by Hrishikesh Mukherjee, the movie is a collection of stellar music, each song a masterpiece. May it then be “Tere Mere Milan Ki Yeh Raina”, “Ab Toh Hai Tumse” or “Loote Koi Mann Ka Nagar”, each song evokes the kind of emotion that only S. D. Burman’s music can.

Let it be said, we love the young and innocent Salman Khan much more than the current Bhaijaan version. And so, Sameer (Salman) comes to Gujarat to study the intricacies of Indian classical music under Nandini (Aishwarya Rai’s) father, Pandit Darbar. The two, of course, fall in love, but in comes Vanraj (Ajay Devgan) who marries Nandini and on coming to know of her love for Sameer, decides that he will reunite the two.

A tale of love and loyalty, wishes and their fulfillment; Interlaced with beautiful numbers like the title track “Hum Dil De Chuke Sanam”, or the folk song “Dholi Taro Dhol Baaje”, the movie justifies its place in this list. After all, who can forget Aisharya in that blue lehenga in “Nimbooda, Nimbooda”?

Released in 2011, this Imtiaz Ali movie starred Nargis Fakhri, and of course, Ranbir Kapoor as its title lead. Revolving around the life of Jordan, Rockstar chronicled a tale of music, a broken heart and the age old, inherent relationship between the two.

Although the novel by Sarat Chandra Chattopadhyay has been made into various adaptations, this one by Sanjay Leela Bhansali is our favourite. Along with the perfect star cast- Shah Rukh, perfect as the lovelorn Devdas, Aishwarya Rai as his doe eyed Paro and the queen of a million hearts, Madhuri Dixit as Chandramukhi, the movie worked wonders because of its delightful soundtrack.

From “Bairi Piya”, “Dola re Dola”, to “Maar Daala”, each song was a pleasure.

If you haven’t danced to “Bole Choodiyaan” at at least one cousin’s wedding, have you even lived? Kajol’s mischief, Kareena’s over acting, Amitabh’s sheer screen presence, Hritik’s chocolate boy looks, Jaya Bacchan’s elegance – all together make the movie the classic that it is today. One still can’t help but mouth the familiar dialogues every time the movie comes on television.

Other notable songs from the movie include the title track, “Kabhi Khushi Kabhi Gham”, “Sooraj hua Maddham”, “Say Shava Shava” and “You are my Soneya”.