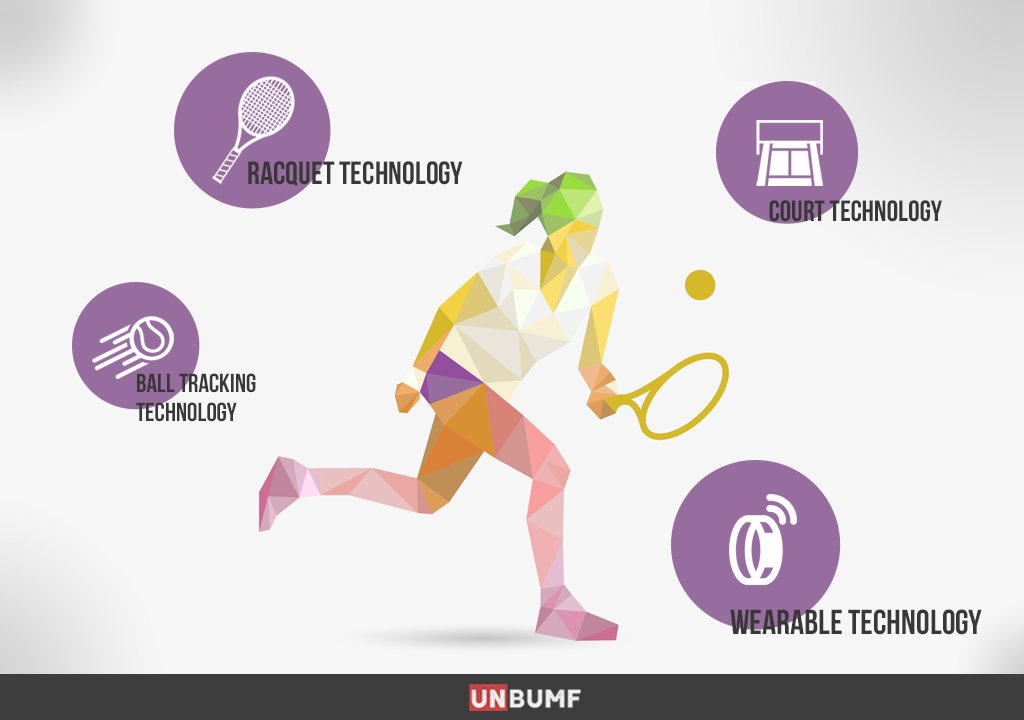 Tennis and Technology – The Best Of Both Worlds

Can’t seem to understand what these are? This is the next big thing in the history (rather future) of mankind. Remember the Wall-E world? Where humans can lean back on their chairs, eating and lounging their way to obesity. That world is becoming closer than we can imagine.

Simply put, our labor driven world will soon be machine driven. With the understanding of the power of data and its applications, we are inching towards that reality. Data Collection and Analysis has crept into all the domains of human life. You know when Amazon recommends you to buy a new earphone for that phone you bought last week? That is Data Science. This being the most basic and simple example.

The study of data can reveal incredibly deep insights about anything and everything. Heard about the famous Target story? Well, Target was able to recognize the pregnancy of a teenager long before even she or her family knew. How? Just on the basis of her shopping trends. Although quite a scandal, this instance shows the amount of power technology has on our lives.

This increasing influence of technology has managed to impact sports as well. Be it Cricket or Tennis or Soccer or any other game, we can see the impact of technology on them. The most clear instance of technological impact on tennis is the scoreboard. Ever wondered how the online scoreboard can not just track points but predict the probability of the match’s outcomes? Ever wondered how the scoreboard displays the stats for each serve and updates it in real-time? All this is achieved using data analysis. Running on the forefront is IBM’s Point Stream Technology. It makes the use of current match data and compares the same with five years worth of past data. (Which amounts to approximately 40 million data points. Mind boggling, isn’t it?) Through complex algorithms and processes, this analysis is then presented in a picture-perfect form on the scoreboard. 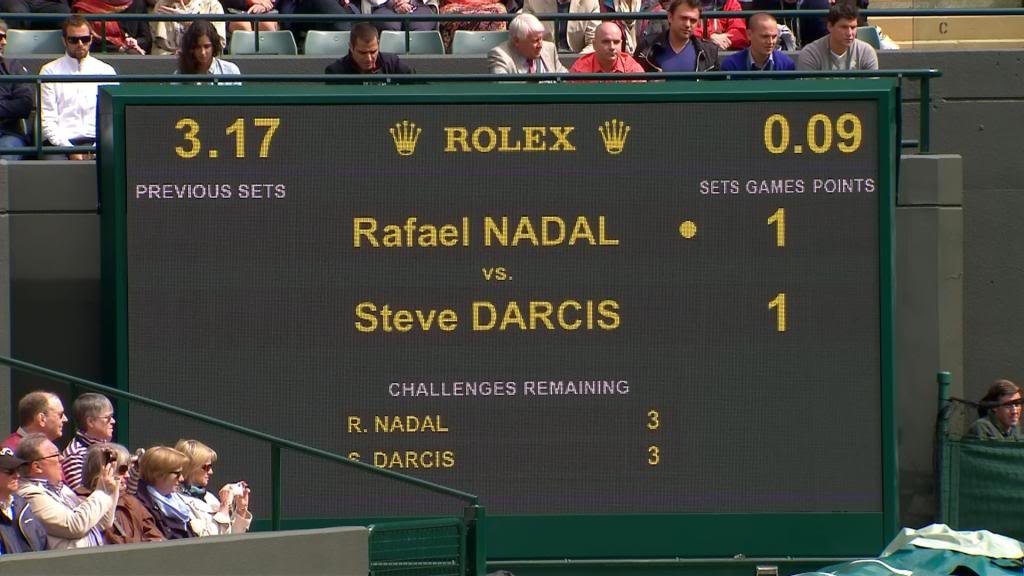 But how is this data actually collected? The simple answer is sensors. This being tennis season, we are diving deep into the changes that technology has brought to the game. We will talk about the various exceptional ways by which tennis data is collected and analysed. For all you Tennis enthusiasts, here is the chance to understand your favorite game better.

Tennis racquets have seen a lot of changes since the inception of the game. From the change in material engineering to the introduction of embedded technologies, modern day equipment for tennis is a feat to behold.

Talking about the manufacturing advancements in racquets, developments in size, material as well as string compositions is evident. Up until a few years back, the racquets came in fixed head sizes. However, now there are four distinct size-based categories of such racquets. So what exactly does this variation in size do? It brings a variation in the ‘sweet spot’ size. This means that the player can hit the ball better, further and in a much cleaner manner. Moreover, the weight of the head also plays a major role in a player’s strikes. While a heavy headed racquet delivers more power, a light-headed racquet will provide more control and dynamism.

While ancient racquets used wood, aluminum, titanium and even ceramics, racquet materials were more recently switched to graphite and carbon. Advanced and high-end carbon-based fibers have now replaced these. Wilson Racquets with their patented, one-of-a-kind Countervail Technology are leading this revolution in materials. This layered carbon fiber was originally designed for aerospace purposes. (Talk about being high-end)

The type of strings and their weaving into the racquet has also evolved drastically. Synthetic strings designed to deliver more power, spin and durability are now in vogue. The weaving of these strings is also customizable to provide better flexibility or better power. 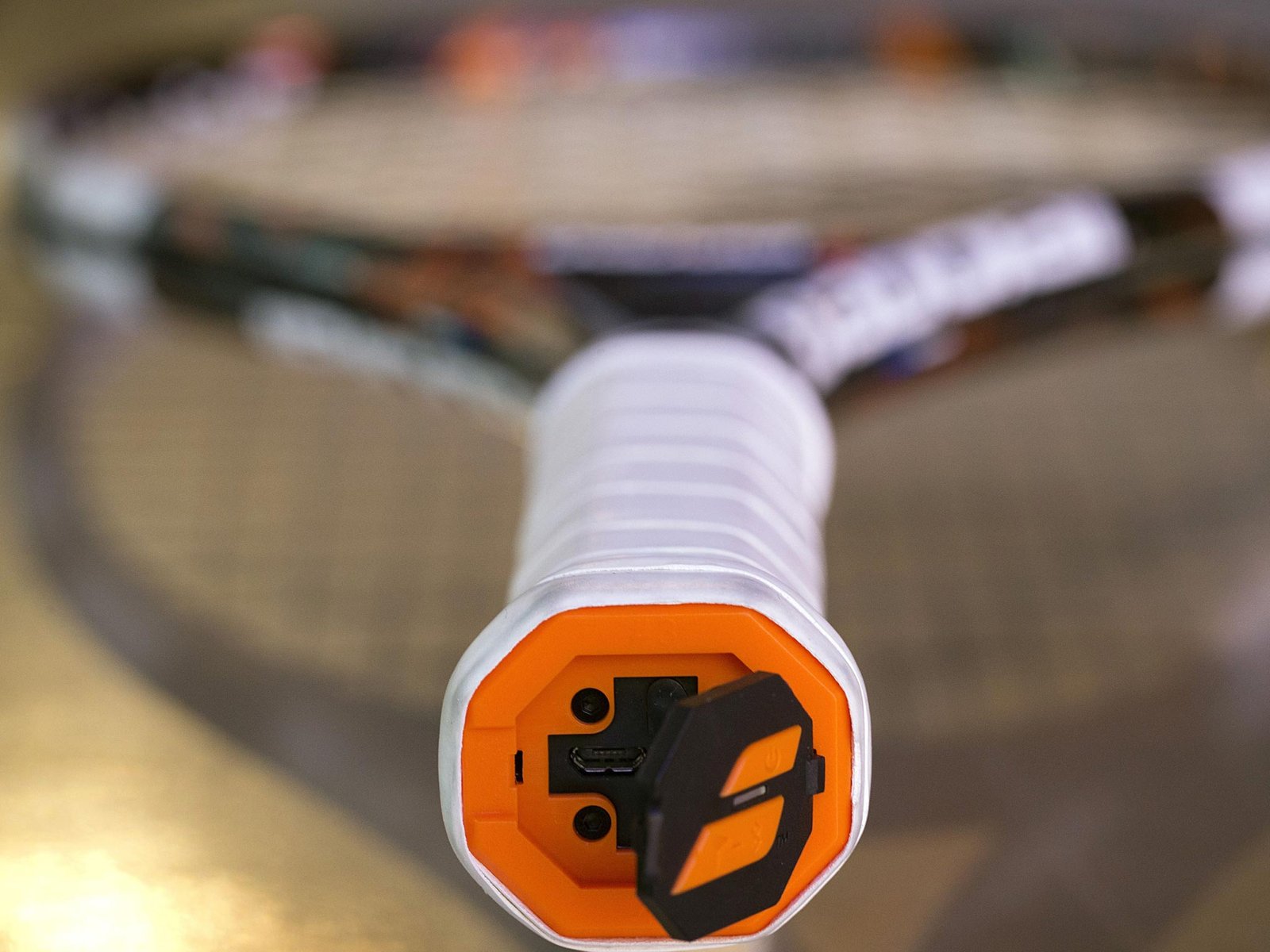 Modern day tennis racquets do more than just hitting. They can study your strokes, serves, power and much more. With the boom of the concept of ‘Internet of Things,’ tennis has also stepped up to the challenge. Nowadays, smart tennis racquets feature a plethora of different embedded sensors. These sensors collect and analyze player data in real-time. In lay man’s language, they are able to tell you everything and I mean everything about your stroke as soon as you strike it. They will even help you compare your stance and techniques to Roger Federer. Or any player for that matter. (Prepare to feel bad about yourself)

The major players in this domain are Babolat, Sony, Zepp, and Qlipp. Babolat Sensors were the first to hit the tennis market and have started a wave of smart adjuncts for racquets. Most of these sensors provide similar features of data collection and its real-time analysis via a smart app. The major differences arise in their positioning on the racquets and some internal unique features. While Zepp, Sony, and Babolat place their sensors over the racquet itself, Qlipp stands out with a strings-attached sensor. It claims to provide more accuracy as well as anti-vibration dampening.

While some tech giants are focusing simply on the tennis equipment, some have ventured into the domain of making ‘intelligent courts’. Most tennis enthusiasts would be familiar with PlaySight’s Smart Court Technology. With an interactive system of six HD-cameras, this technology allows the collection and analysis of real-time as well as post-match statistics. Integrated algorithms and advanced image processing techniques then analyze this data. This information is simultaneously stored over the PlaySight cloud as well. It features live streaming, automatic highlights, in-depth stroke data, ball trajectory, player movement, court positions, multi-angle replays etc (seemingly never ending list). This device can track all facets of the game with unbelievable granularity. 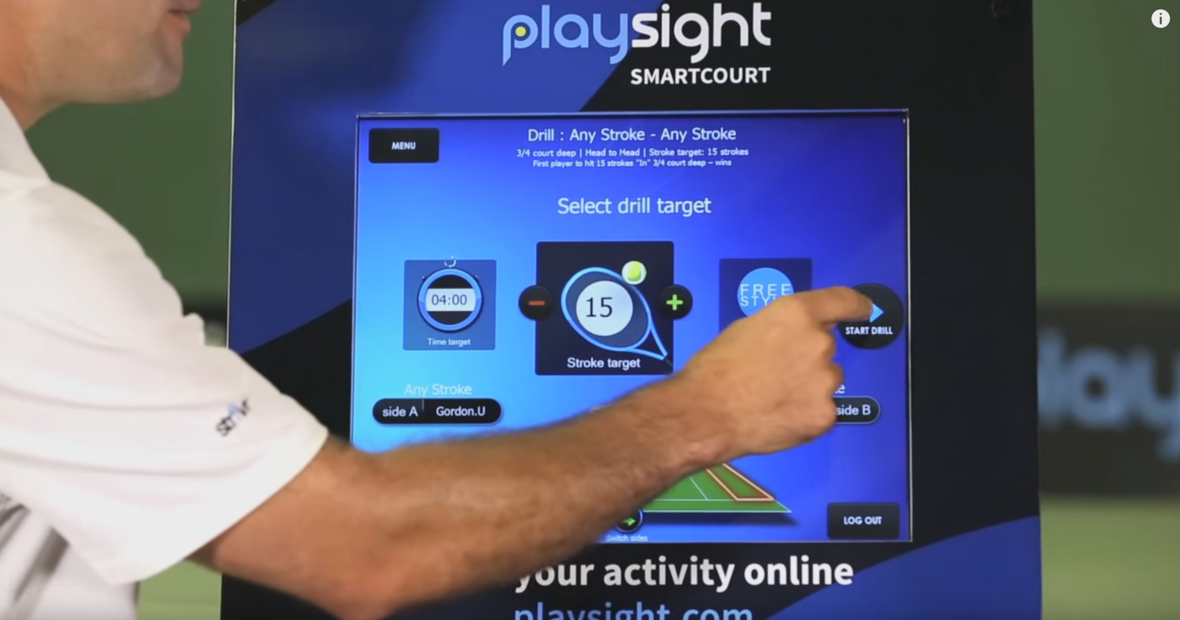 Another emerging technology in the domain of tennis courts is by the company Technis. A Switzerland-based start-up, Technis develops smart floors. What exactly is that? A smart floor possesses embedded sensors to study and analyze your movement over the surface. Not only this, it can also bring augmented reality to your floor as well. In terms of Tennis, the intelligent court floor will provide all the player statistics needed along with the introduction of augmented reality. Using augmented reality, the players can practice using virtual targets and goals and even compare their techniques to those of pros.

We all are familiar with the HawkEye. (No, it is not the eye of a Hawk). The HawkEye cameras have disrupted sports in the recent past. With the ability to track the movement of a ball, they have found application in various sports (majorly in Tennis and Cricket). The HawkEye camera is a sheer display of strength of modern day technology. It can display the outcome (trajectory) of any ball within five seconds of it hitting the ground. Furthermore, it can also calculate spin and speed of each ball along with its predicted trajectory.

From the company Always Innovating comes another ball tracking product called the In/Out. It is more of a ‘as the name suggests’, right? So this little device is attached on net-post and features two cameras. The cameras first scan the court and then start tracking your game. With an accuracy of 99%, this device gets used for line calls. It gives sound and light notifications in real-time that decide whether the ball was in or out of the court. Apart from this basic task, it can also run in streaming and recording modes, create ball maps of your game and show replays.

Wearable technology is the new swag. From Apple’s SmartWatch to Samsung’s FitBit, these cheap technologies have found their way into the lives of common men. It has also caused a disruption in the field of tennis. The simplest wearable tech in Tennis being smart wristbands and the leader in the sphere being Babolat Pop. It is a wristband that stores and analyzes a player’s movement, strokes and much more. The most recent development is that of Smart Shirts. These shirts are specially designed for ball boys by Ralph Lauren and OMSignal. These measure their vitals without interfering with their work using biometric sensors.

The major game-changer in wearable technology is Pivot. Developed by TuringSense, Pivot is a harness like contraption worn on the hands, over the shoulders and covers the rib-cage. The heavy gear understands a player’s body movements and biomechanics. What makes this product unique is that it can predict player injuries before the player has even felt the pain. Using advanced analytical algorithms, it can understand a player’s movement patterns. It lets them know when their strokes can be potentially injurious.

These technologies are also causing a wave of advancement in Tennis with benefits for not just professionals but amateurs as well. With such world-class feedback at affordable prices, you are closer to becoming the tennis prodigy (as long as you are willing to work hard). Unless of course, you want to be like the humans of Wall-E.