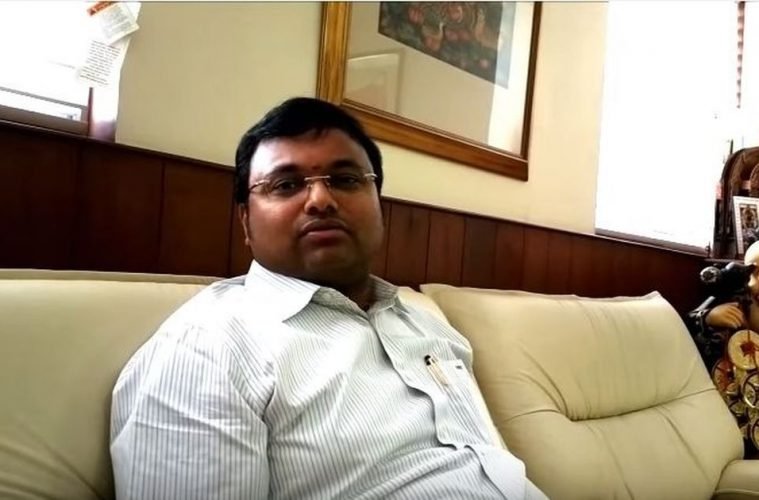 The Aircel-Maxis Deal: A Web Of Dirty Money

Quite a convoluted topic this is. Quite a convoluted scheme to have been executed, I suppose. The Aircel-Maxis Deal was a business undertaking initiated back in 2006. Maxis Communications, a Malaysia based Telecom Company, moved to acquire 74% stake in Aircel. While the deal went through quite peacefully at the time, it came under the legal and media scanner in 2011. This happened when the then owner of Aircel, C. Sivasankaran, filed a complaint with the Central Bureau of Investigation, India; alleging that he was pressurized into selling the company shares. There were accusations of parties coercing him into making the deal when he did not want to make it.

While the matter has been in court for years now, it has recently caught light again owing to the Chidambaram questioning. Moreover, after more than 7 years of this 35,000 crore money laundering scheme, a charge sheet is being filed today.

The Aircel-Maxis scam is rooted in the 2G spectrum scam. Dayanidhi Maran, the telecom minister of India in 2011, is one of the lead accused in the 2G scam. Under a Supreme Court order, Dayanidhi was bought under a CBI investigation and consequently he resigned in April 2011. Allegedly, Dayanidhi Maran forced Sivasankaran into selling the Aircel shares to the Maxis Group. This complaint was formally made by the Aircel owner to the CBI in April of 2011 to get an investigation under process. Initially, in the September of 2011, the Arbitral Tribunal precluded Sivasankaran’s allegations and directed him to pay Maxis’s legal costs owing to his complaint.

However, in October 2011, CBI registered an FIR against Dayanidhi Maran alleging that he received approximately 600 crore in favoring Maxis and its deals. The amount was allegedly received by his brother, Kalanidhi Maran who owns the Sun TV Network.

The Story Behind The Money

Apparently, Dayanidhi and Kalanidhi laundered money from Malaysian Maxis Group by means of Sun TV Network. In 2007, a company (Enam Securities) evaluated the valuation of Sun TV Network at a whopping 3500-4000 crore rupees. Even a layman can see that this is a huge over-valuation. Even Tata Sky, with a plethora of more features and services than Sun TV, was valued at just 2500 crore.

Following the valuation, Astro Group (Maxis Group’s sister company) invested about 600 crore in the network by buying out 20% of the shares. This large investment resulted in increased share prices of the company that reached about Rs. 70. However, at the same time, Kalanidhi himself purchased 80% of the network shares at a mere 10 rupees per share. This investment was made following Maran’s dedicated efforts to get Maxis various licenses and deals in India. A simple exchange of favors!

Kalanidhi served as the then Telecom Minister. He controlled all the telecommunication tenders, applications as well as allotment of spectrum to Indian telecom companies. This is where Sivasankaran was caught in a trap. Allegedly, Maran kept rejecting Sivasankaran’s repeated applications for spectrum allotment. He refused to even meet the Aircel owner. The FIR stated that Maran had advised Sivasankaran to sell his stake to Maxis. Who refused and thus, was subjected to constant maltreatment.

In early 2014, CBI appealed to the Supreme Court to intervene in the matter as the CBI director and the prosecution seemed to have differing opinions regarding the same. Consequently, on Supreme Court’s reference, the Attorney General suggested to move forward with the case as there was enough prosecutable evidence. In late 2014, a formal charge sheet was filed against Dayanidhi and Kalanidhi Maran, T. Ananda Krishnan (Owner of Maxis), Ralph Marshall (Senior Executive at Maxis) and four other companies including Sun Direct TV Pvt. Ltd.

While the Marans vehemently opposed the orders, they were unable to move the court. And in 2015, Enforcement Directorate (ED) attached assets worth more than 700 crore of Dayanidhi, Kalanidhi Maran and his wife, Kaveri Kalanidhi. Following a CBI status report, ED named the Marans, Kaveri and three others as primary accused in the case. Nonetheless, the court discharged all the accused from both the CBI and ED cases late last year.

CBI and ED both appealed to the High Court against this acquittal order.

The Chidambarams came into the Aircel-Maxis loop in 2017 when ED registered a case of money laundering against Karti Chidambaram (P. Chidambaram’s son). The investigation alleged illegal approval of FIPB (Foreign Investment Promotion Board) to the Aircel Maxis deal. This approval was garnered by Karti for the Maxis group while his father was in tenure as the Union Finance Minister in 2006.

CBI and ED are investigating the premise of this approval as per the then established regulations. Apparently, as finance minister, P. Chidambaram was only allowed to sanction foreign investments of up to 600 crore. Beyond that, he was supposed to seek the approval of Cabinet Committee on Economic Affairs (CCEA). The Aircel-Maxis case sought an approval of 35,000 crore FDI and should have been cleared by the CCEA. Which it wasn’t. Thus, Chidambaram’s role in the matter.

Apparently, senior Chidambaram asked the investors to break the large investment deal into smaller deals of 600 crore each. (To grant approval without CCEA?) Further, the CBI and ED claimed that junior Chidambaram as well as Chidambaram nephew, A Palaniappan, received significant sums of money from the Malaysian group following the approval of the FDI. In lieu of some software from the company.

The case is highly complex. With many big names from politics and business involved, clearly, a lot of factors are in play while investigating the same. The previous charge sheets filed by the CBI and ED became void with the acquittal of the accused parties in 2017. However, the agencies are still persistent in their quest of digging out the truth and will file a new charge sheet today. With the Chidambaram names expected to make an appearance in the same.

What remains is, will the accusations and charges hold up in court this time around? Will the big names be able to buy themselves out or will the truth be able to hold ground? Is the 35,000 crore deal as murky as it appears to be (It is, IMO) or is it just a business deal that is facing extreme scrutiny?