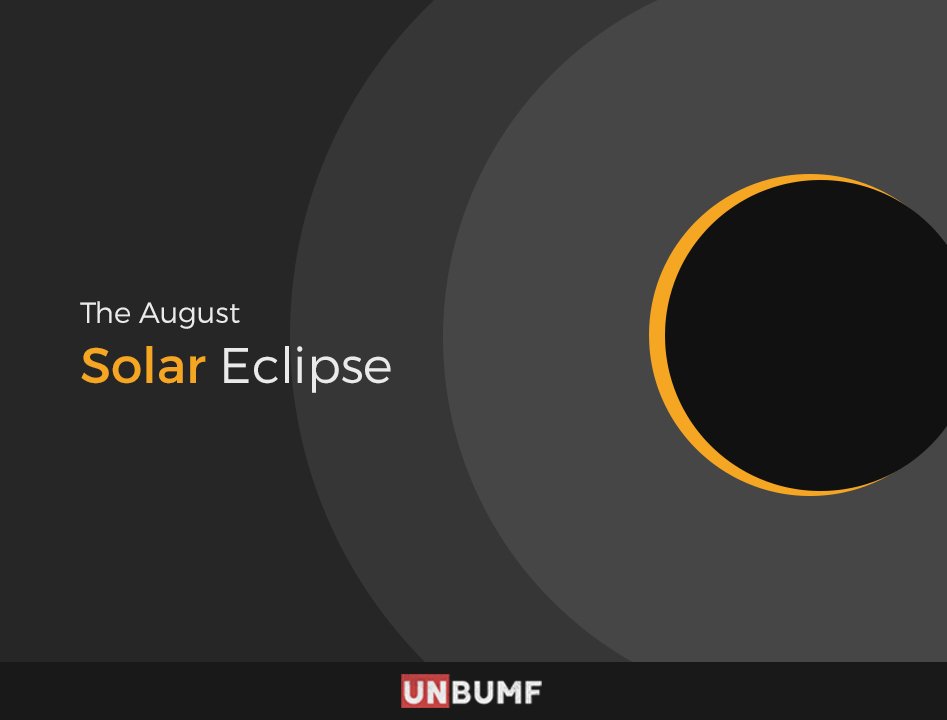 The August Solar Eclipse: What Can You Do While The Eclipse Is On?

August 21, 2017 will be an exciting day for many. It will be the day that thousands across the United States of America will be able to witness a total solar eclipse. A phenomenon observable once in 38 long years. The path of totality will stretch across 14 American states. From Salem, Oregon to Charleston, South Carolina. Most of the remaining North America, parts of South America, Africa, and Europe will be able to see a partial solar eclipse cast by the penumbral shadow of the moon.

So What Is An Eclipse?

An eclipse is observed when the Sun, moon and the Earth are aligned in a straight line and the central body causes a shadow over the other non-luminescent (i.e. the Earth and moon) body. Solar Eclipse, in particular occurs when the moon stands between the Earth and the Sun causing a shadow over the Earth.  Since the moon is comparatively much small than the Sun, it causes a partial or annular eclipse, most of the times. It rarely aligns perfectly with the Sun, thus masking its entire visible disk. And such a rare moment is soon to be witnessed by our generation. 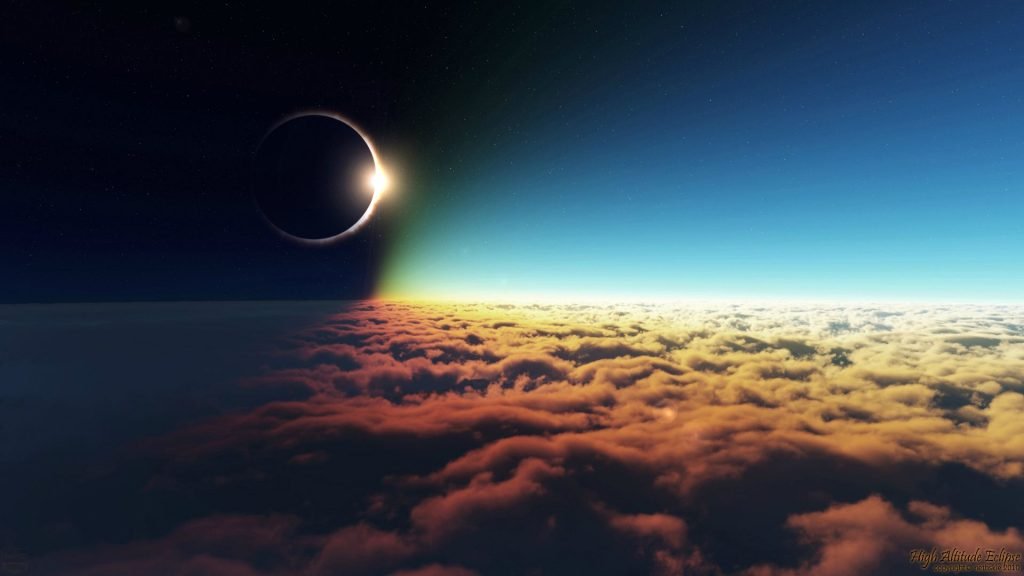 Space enthusiasts are sure to go bananas over this spectacle. However, observers outside of America are bound to miss this huge event. But why fear when NASA is here? *rolling their metaphorical mustaches.* NASA has launched an entire website and a plethora of activities surrounding the Eclipse of August. To the American and Non-American astronomical buffs, here is your chance to join the once in a lifetime event. From NASA’s own nest, a list of things for you to do while the Solar Eclipse is going on:

NASA has launched an entire website solely dedicated to this eclipse. Being such an historical event, it is getting all the special treatment it deserves. This web page is your A-Z guide for the eclipse. From explanations of various ecliptic phenomena to astronomical resources to worldwide event resources to the live streaming of the eclipse, it has it all. *as they say, it is the total package* Not just the web page, NASA has also launched accompanying Android application titled ‘Exploratorium.’ This application will soon be available for the space geeks out there. Along with some other web applications as well.

NASA will be hosting a live stream of this spectacle. Over the path of totality, the eclipse will last for 100 minutes crossing 14 states. An average of more than two minutes of darkness will be experienced in the middle of the day across the locations. The R&D department of NASA is completely active on submitting research proposals for ground-based and airborne observations. While NASA is making it their priority to issue safety instructions, people from all over the world can witness this spectacle from the comfort of their homes. You can view the live stream here.

A custom-made hands-on kit dedicated to the eclipse enthusiasts! The Eclipse Kit by NASA is a downloadable set of activities, online resources, and STEM exercises. It is suitable for all age groups that wish to learn more about the eclipse or astronomical phenomena in general. With a range of simple, hands-on activities, the kit is educational as well as fun. Not only this, these activities also offer the opportunity to use your smartphones as a sensor. *Bu-dum-dish!* And this is where you can get this free resource. 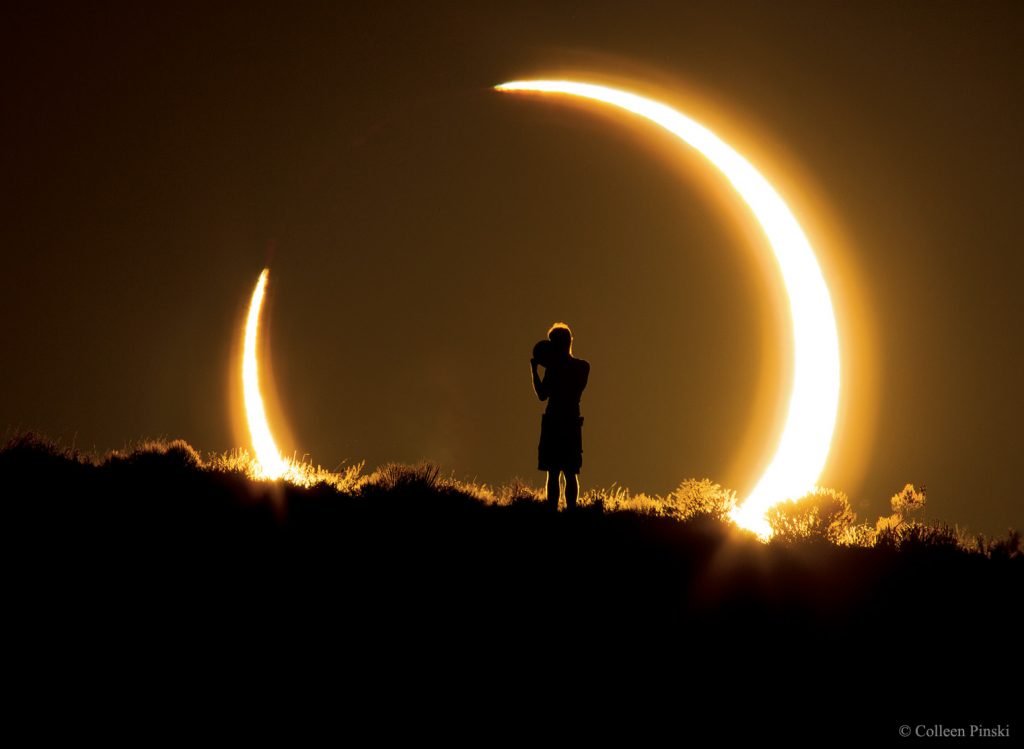 THE CHALLENGES AND PROJECTS

More science fun? Yes! NASA has revealed and initiated a string of different, creative challenges for all the science enthusiasts out there. It has introduced challenges like the Lunar Challenge, GeoTagging and Math Challenges. The list extends to projects like DIY Solar Viewer, Eclipse Art Quilt project, DIY Time Capsules, Sun Funnels, Dancing along the Path and so much more. The activities are fun, challenging and enlightening at the same time.

So this one will be specific to the American people. NASA has encouraged space enthusiasts to hold events and parties within their communities, focusing on the eclipse, titled the ‘Eclipse Parties.’ While these will serve as a social hub for people, they will also help raise astronomical knowledge. Apart from these, NASA has also offered the opportunity to hold a registered Official event or a registered General Event. You can look up further details on their website.

NASA is going a long way to educate the general masses about scientific phenomena. While encouraging the fun elements of it all, it is also providing young people as well as space enthusiasts with ample opportunities to view and study the eclipse. Let’s just stay, it’s one step for NASA and a huge leap for space education. #cleverreference