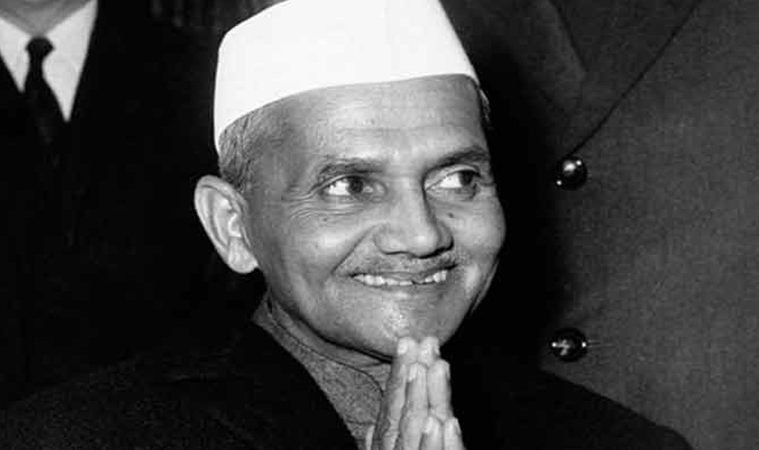 The Benchmark Of Moral Responsibility And Humility: Lal Bahadur Shastri

Today I will force you to meet a person who set the benchmark for ‘Moral Responsibility’. Not only that he personified humility even after being the true leader of this nation. Meet Lal Bahadur Shastri, born on 2nd October 1904. He is also the second Prime Minister of Bharat. Shastri ji is one of the many leaders who do not easily come back to public memory. Even achieving feats which not many can claim to match did not help that.

Before independence he actively took part in ‘Namak Aandolan’ and non-cooperation movement. He went door-to-door to convince people for not paying taxes to the British government. After independence, he was taken in UP government by Govind Vallabh Pant as the minister of Police where he showed his knack for reforms.

Due to his active and constructive role in UP politics, he was invited by Pt. Nehru to join his cabinet as the transport minister. However, when a train accident took place in Tamil Nadu killing 146 passengers, he offered his resignation by accepting the moral responsibility. Nehru accepted his resignation and said, “It will set an example for future leaders to come”. Later on he went to be the Home Minister in 1961 and did a lot to prevent corruption.

Shastri ji succeeded Nehru as the prime minister of this nation on 9th June 1964. The immediate problems he faced were of a Pakistani attack and acute food shortage. But he tackled both the problems with willpower unmatched. He declared that “Force will be met with force” and gave a free hand to security forces to retaliate.

During the same time period he called the nation together by giving them the slogan of “JAI JAWAN JAI KISAAN” (Hail the soldier, hail the farmer). It was just a matter of time that the nation followed this charismatic leader and sorted out the food problem by bringing out the Green Revolution and White revolution. Soldiers responded by pushing back Pakistan emphatically! And one should not forget that we had just seen a war and suffered badly just 3 years ago in 1962 with China.

Indo-pak war ended on 23th Sept. 1965 when UN passed a resolution and demanded ceasefire. Russian PM Kosygin, offered to mediate talks in ‘Tashkent’ on 10th Jan 1966. It should be noted that India had considerable advantage on Pakistan’s territory but Shastri Jee was found mysteriously dead in his room.

Many say he died because of cardiac arrest, others say he was forced to sign the treaty. The worst part is, his body was not even sent for post mortem. His wife Lalita Shastri has time and again said that her husband was killed and he did not die a natural death, but nobody paid any heed to it. Even after 49 years of his sad demise, Indian govt. has a veil of secrecy about the cause of death of Lal Bahadur Shastri. He is the only Indian Prime Minister to have died in office, overseas.

Successive governments have cited exemption from disclosure on the plea that it could harm foreign relations, cause disruption in the country and cause breach of parliamentary privileges. Significantly, while officially Shastri is declared to have died of a cardiac arrest, his wife Lalita Shastri had alleged that her husband was poisoned. Shastri died on January 11, 1966.

A truly humble soul with will-power of steel, who was determined to take the nation to glory. Lets remember him on his 111th Birthday together.
“Jai Jawaan Jai Kisaan”