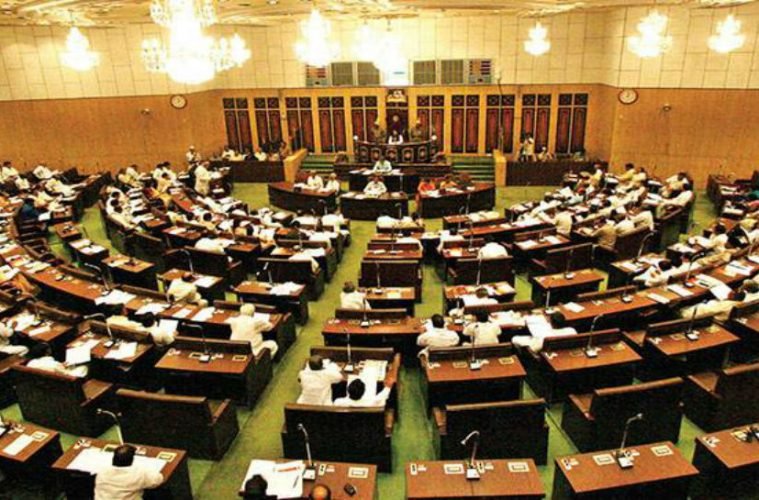 The Curious Case Of Protecting The Endangered Species Of Our MLAs

Sea Turtles. Tigers. Blue Whales. Members of the Legislative Assembly.
Wait, What? MLAs? You read that right. Our MLAs are a species that are slowly entering endangered category. We need to protect them at all costs. After all, it is not every day that we come across statements like “Pea-cocks do not reproduce sexually, the pea-hen drinks the tears of the pea-cock, and that is how they reproduce”.

Alternatively, since we are talking of animals, let us not forget when Mr. Vasudev Devnani, the education minister for Rajasthan, said that “Cows are special animals. They exhale oxygen.” Wait, so do trees give off free wifi?

The best, however, was when Mr. Satyapal Singh, the Union Minister for Education (lest we forget) gave his thoughts on Charles Darwin and the latter’s Theory of Evolution. “Darwin’s theory is scientifically wrong. Nobody, including our ancestors, in written or oral, said they ever saw an ape turning into a human being.” Hmmmm.

Talking of animals, though, there is another term that pops up- Horse trading. The act of shrewd bargaining and negotiation, in order to secure the requisite number of seats in order to achieve the majority in an election. [But does that not go against the very tenets of democracy?] Yes, it does. And yet, this is exactly how coalition governments form.

In an interesting anecdote belonging to the year 1967, a Member of the Legislative Assembly of the State of Haryana changed his party thrice within a day. Gaya Lal, an MLA from the constituency of Hasanpur in the district of Palwal, Haryana first changed from the Indian National Congress to the Janata Party. He then went back to Congress, and then within nine hours, once again changed his allegiance and sided with the Janata Party, thus giving birth to a joke nationwide- “Aaya Ram Gaya Ram”.

In an equally interesting event in 1979. Bhajan Lal, another MLA, once again from Haryana created political history. But for all the wrong reasons. As a minister from the Janata Party, he challenged the then Chief Minister, Devi Lal and managed to topple the government. Things went from bad to worse when in the following year, he manged retain his position as Chief Minister. This was by not just changing his allegiance, but shepherding forty more ministers to the Indian National Congress.

So did we, the largest democracy in the world, do nothing about it? Of course we did. In 1985, by a constitutional amendment. This got the Tenth Schedule’s entry into the Constitution, laying down the Anti- Defection Law for the country. According to the website for PRS Legislative Research:

“A legislator is deemed to have defected if he either voluntarily gives up the membership of his party or disobeys the directives of the party leadership on a vote. The law allows a party to merge with or into another party provided that at least two-thirds of its legislators are in favour of the merger. In such a scenario, neither the members who decide to merge, nor the ones who stay with the original party will face disqualification.”

And that, ladies and gentlemen, is where the trouble began. Forget 3.14, the golden ration in politics became two-thirds- and this is where we come full circle. The protection of MLAs and their wavering loyalties became as difficult, and as necessary as guarding sheep from wolves. [Not that our MLAs have a shred of the sheep’s innocence.]

MLAs were taken from one place to another so as to “protect” them from offers that they might not be able to refuse. “Resort Politics” became an emerging trend in the country’s political scenario, during Assembly elections. Where numbers decide the game, each MLA counts- and it becomes the responsibility of the party leader to protect their MLAs from horse trading, or poaching by another party [once again, a game of numbers, if you know what we mean.]

Hence, party leaders happily ship their MLAs to resorts, or vacation sports, so that they may steer clear of their poachers. While the practice has been gaining popularity throughout the country, Karnataka has emerged a clear winner. Right from Ramakrishna Hegde in 1983, to B.S. Yeddyurappa in the period between 2004 to -2012. More recently, in the very publicly dramatic Sasikala and Pannerselvam face off following Jayalalithaa’s demise, MLAs were sent off to resort near Chennai by Sasikala in a quest for the seat of the Chief Minister.

Thus, because of all the uniqueness, nerve, charisma and talent, MLAs as a species need ubiquitous protection. Might we suggest industrial strength under ground vaults, Switzerland style? With a zero requirement of educational qualifications and absence of moral turpitude; these are our elected representatives, our lawmakers. Democracy, thou art a cruel mistress.