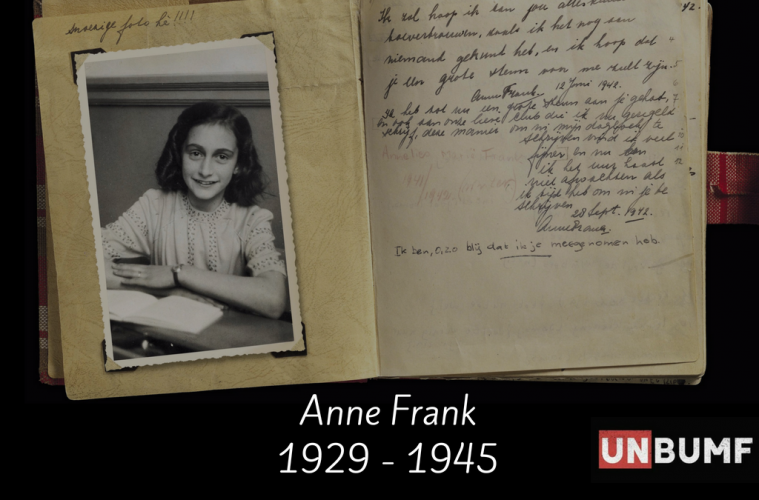 The Diary Of A Young Girl: Anne Frank Lives On To Tell Her Tale Through Her Words

The Holocaust is defensibly the most tragic and barbaric period in the history of humankind. You are probably already aware of that; to put some numbers to the gruesome act, 1.1 million children died during the Holocaust. If estimates are to be believed, one-third of all Jewish people alive at that time were murdered in the Holocaust. Anne Frank was one of them. The reason we have this name etched in our minds is due to the raw and unaltered account of her life during the Nazi reign.

There is no way I can describe Holocaust in words that do not hurt, or that does not make you shudder with disgust, so I will put it plainly: the Nazi regime planned a complete wipeout of what they thought were ‘inferior‘ species. Children were a special target, because their survival meant probability of their reproduction, and the alleged ‘contamination‘ of the human race.

The initial plans of the destruction of Jews involved the Nazis forcing Jews into ghettos. These ghettos were the symbols of deprivation: the Nazis denied basic necessities of survival to the Jews who then starved to death. The ghettos were not the only corpse-manufacturing factory for the Nazis. They had the more brutal versions of death: the gas chambers in concentration camps, where the people were gassed to death. 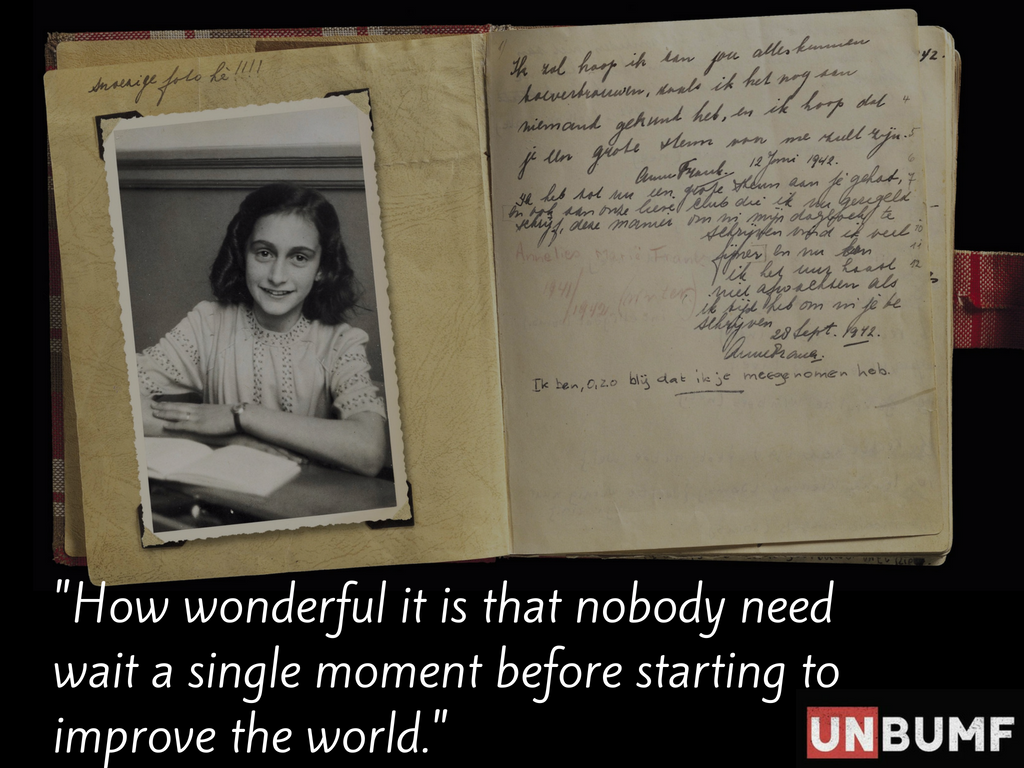 Anne Frank & The Price We Paid

Who was Anne Frank?

Annelies Marie Frank, known more popularly as Anne Frank was a German-born girl. Her Jew background ensured she met her fate in death during the Nazi regime. Born on June 12, 1929, Anne died while imprisoned at the concentration camp at Bergen-Belsen, three months short of her sixteenth birthday. She was survived by her father, Otto Frank, who later died in 1980.

Her posthumous claim to fame was the diary she wrote from June 12, 1942, to August 1, 1944. What began as a personal pursuit in a diary she had received as a birthday gift, was given a direction when the Dutch government in exile, announced in a radio broadcast that they hoped to collect eyewitness accounts of the suffering of the German regime, specifically letters and diaries. Anne made up her mind to publish her diary when the war was over. Her pursuit now had a purpose. She diligently wrote and edited her work.

Her family had to go into hiding when the persecutions of the Jewish population increased in July 1942, when her days became a combination of constant fear and steady bad news. They were later moved to concentration camps in Bergen-Belsen. Until then, she scribbled everything in her diary. When Anne’s father, Otto, the only survivor of the family, returned to Amsterdam, one of the helpers handed him the diary. Otto Frank honored his daughter’s wish and published the book that has now become one of the most enduring and honest accounts of the time. 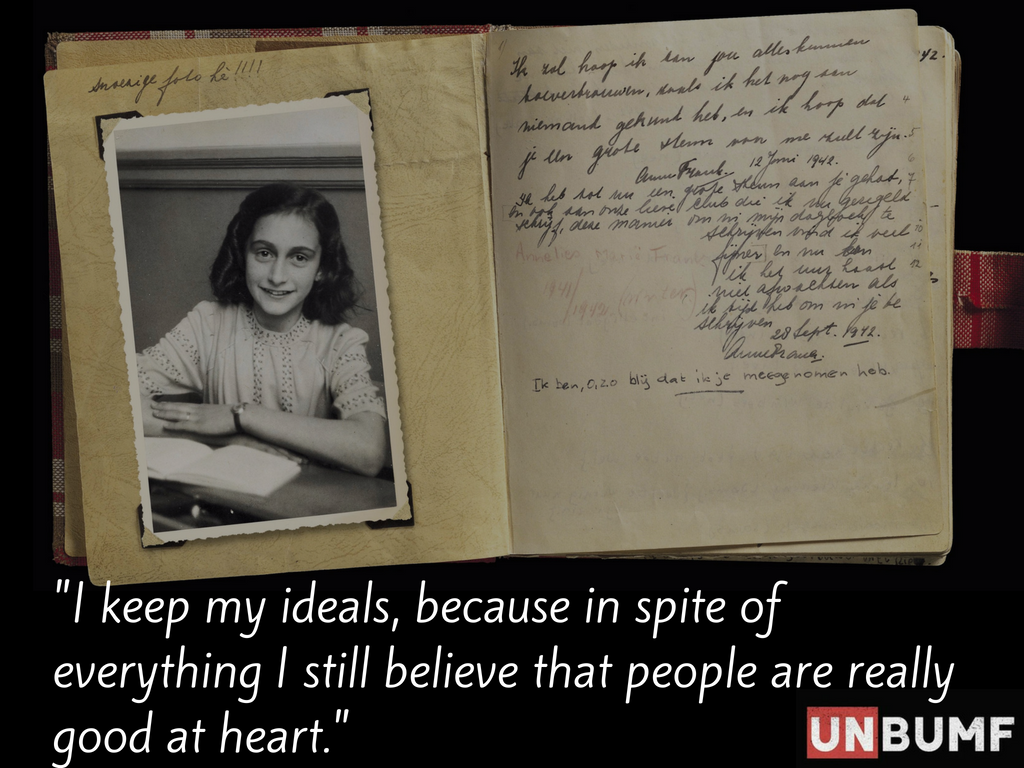 One small piece of literature, a giant reminder for humanity

We have read plenty of accounts from the Holocaust: literature is brimming with them, to say the least. You’ve read fictional accounts like The Boy in the Striped Pyjamas by John Boyne. You’ve read through the chilling aftermath of the atrocities in Maus by Art Spiegelman. If nothing else, the nearest that you soul has come to being ripped apart, it has to be The Book Thief by Markus Zusak. What makes The Diary of a Young Girl an enduring account is the rawness and vulnerability that is reflected in her words. For one, it is a first-hand account of growing up. And if you read it even fleetingly, you cannot help but admire this girl. Even amid adversities, she believes in the good in people. She is a reminder of the unbeatable human spirit, and of the power of optimism and belief.

Her diary, in a sense, is no different than the next teenager: she copes helplessly with her emerging sexuality, she rarely agrees with her mother, she has all the problems of growing up. And then life changes for the worse. Her spirit, however, stays unbeatable. 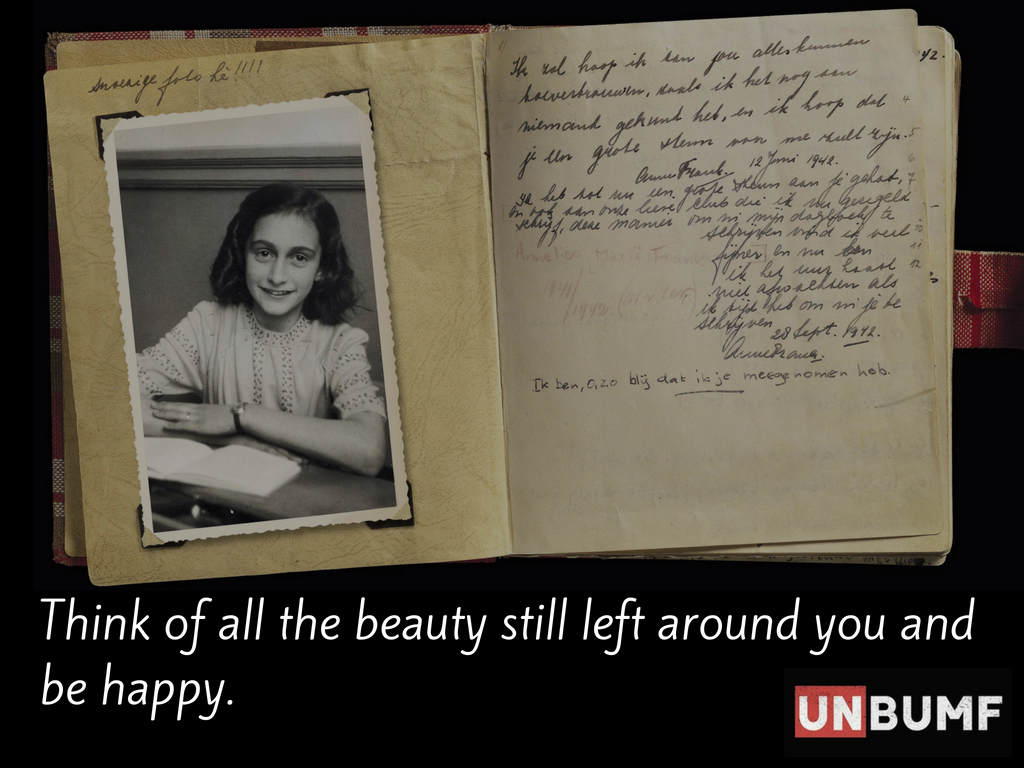 How to remember Anne Frank today: a homage

In the last diary entry, Anne shares her frustration of wanting to be good to people, but fidning it hard to do with all the negativity around: “…keep trying to find a way to become what I’d like to be and what I could be if . . . if only there were no other people in the world” We no longer live in the same world as she did. The Nazi regime fell. We don’t let mindless oppression win over us. But as they say, the more things change, the more they remain the same.

Recently, 95-year old Gena Turgel, the Holocaust survivor who comforted Anne at the concentration camp, passed away.  She was the last of the survivors who saw Anne in flesh and blood. The people who served as reminders of the brutalities are leaving, but to honour Anne and millions other who lost their lives, let the reminder stay. Let the memories haunt us so we ensure we never let anything as cruel happen again.

Anne Frank died. But her words lived to tell the tale as only words could.