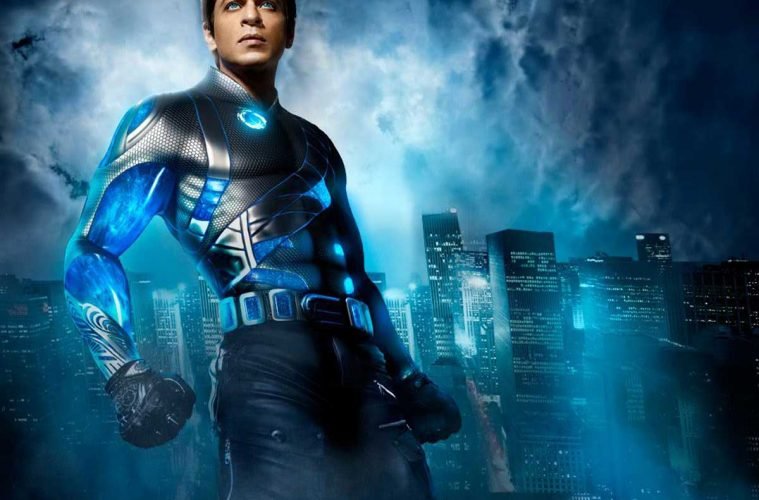 The Evolution of Indian Bollywood Superhero

When you hear the word evolution, you automatically link it to humans and mentally picture the picture of an ape who starts walking slowly, then becomes a human with a club in his hand. Somehow power and evolution have been synchronous. In general, every human craves for more power, which usually doesn’t come true. It’s that moment when we began to let our imaginations run wild and create humans with superpowers. Superheroes.

Hollywood seems to be in a different league altogether, their superheroes commanding a different type of fan following and respect worldwide. Stan Lee’s imagination is yet believable, relatable for all movie buffs. Mostly because there is a human angle to it. Maybe because people believe that there is enough room for the greater good to prevail. But creative minds prevail in India too and a lot many have been inclined to film making. Lets take a look at the attempts made at superhero portrayals in Bollywood in chronological order.

Its ok to make copies of things, but you must get them right. Bollywood’s attempt to make Superman back in 1987 was probably the worst attempt by any movie maker at Superman. Puneet Issar as superman and Shakti Kapoor as the bad guy who were school mates and turn onto different paths only to meet later is one pathetic story with weird dance numbers in between.

Puneet Issar’s portrayal as superman was complete with a blue body suit, red underpants and a loose cape with the superman logo. Even the famous hair curl on the forehead was copied. There is a scene wherein the bad guy produces a necklace of red velvet that has kryptonite on it. Superman is momentarily shown unconscious and devoid of power, but the filming/acting is so bad it will make you cry for your own sake.

Sorry superman, an apology is due here from Bollywood. 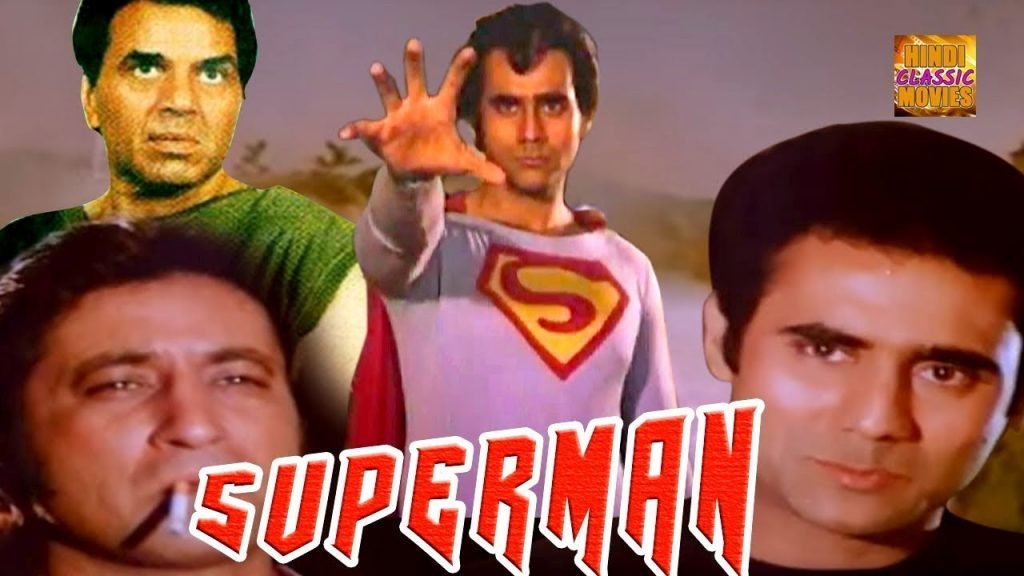 Now here was an original concept. The idea of a man being invisible with the help of science. Mr India was not some natural superhero. He was an average man with a heart of gold. A man who troubled by daily issues like being able to give for his large family. He stumbled upon the device that would make its bearer invisible after his father mysteriously left behind the device.

Add a few unbumf ingredients like the bubbly Sridevi as “Hawa Hawai”, a chubby cook by the name of calendar, Anu Kapoor as the investigative journalist and a whole lot of kids to act and the recipe is complete. But the most important thing that Mr India taught us was that the antagonist is equally important as the protagonist. General Mogambo with his extravagant hideout, lava pouring waterfalls and acid based deaths was pretty likeable. 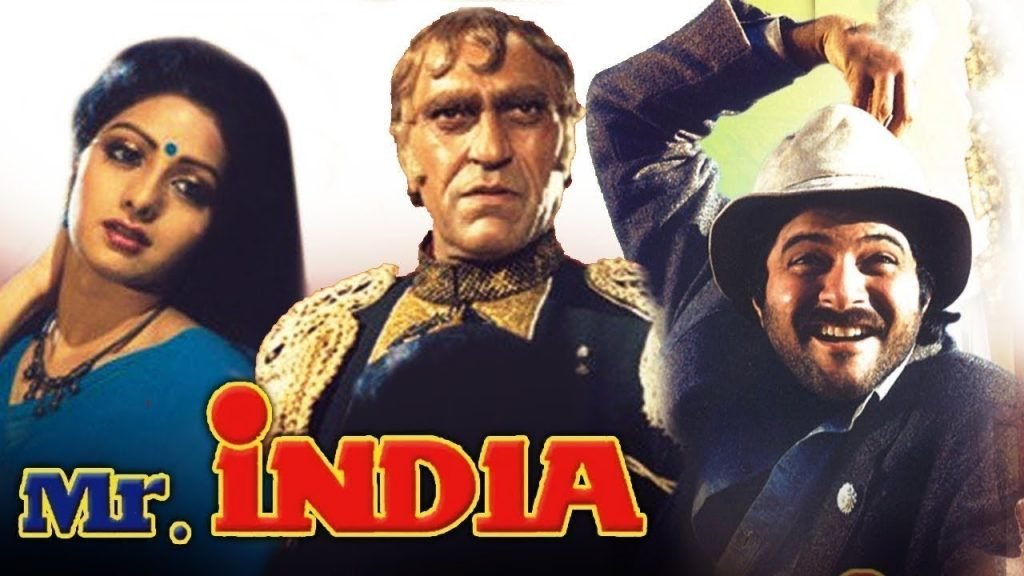 Darkness has always been a friend of both crime and the vigilante. It came as no surprise when the choice to play India’s first vigilante was Amitabh Bachchan. The towering figure of Mr Bachchan was adorned with a black costume, no armour though. The character had an arm that was covered in steel chains with an iron claw and a lasso in the other hand. As expected, there was a background story; the bad guys had led Shahenshah’s father (an honest police officer) to death.

Shahenshah was a police inspector by day, slyly stalking his prey. By night he was the vigilante who would deliver justice with his fighting skills. The whole story had a just feeling to it, they even developed a song for it. 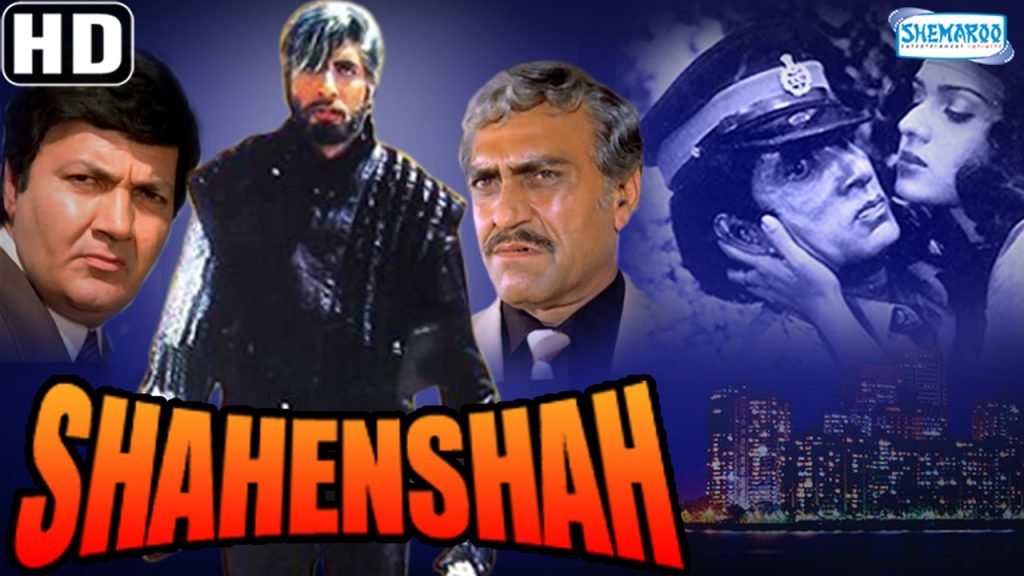 Following the footsteps of the movie Koi Mil Gaya and the affection received by the friendly alien Jaadu, Rakesh Roshan created India’s first superhero franchise, KRRISH. (Dont know what the extra R is for)

The movie was shot in India and Singapore, but the development of the plot is extremely slow. Krrish, short for Krishna, has superpowers that he is unaware of. A series of events leads him to know of them, which he then uses to run around and fly high. The movie is too much of a fantasy and focuses mostly on Hritik Roshan. The costume, done in all black seems like a raincoat has gone loose, just like a cotton tshirt right after its first wash. But it was our first Superhero franchisee.

We did get another instalment of the movie a while later, with Vivek Oberoi and Kangna Ranaut in weirder costumes. The biggest mystery surrounding KRRISH is its movie sequencing.

KRRISH and then KRRISH 3. Whatever happened to part 2 ? 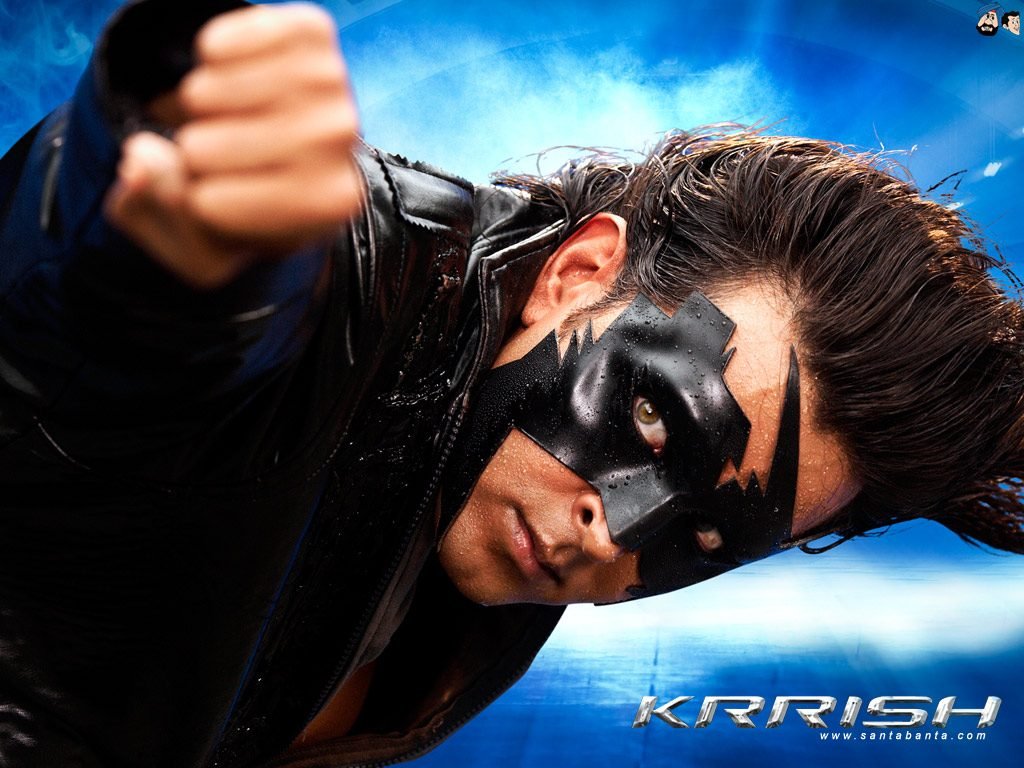 Gaming is an excellent way to run away from reality for a little while. It allows you to take riskier decisions in a short timeframe. RaOne was based on the reverse concept of gaming, the characters from virtual world coming out into the real one. RaOne (read raavan) and G.One (read Jeevan) battle out in both, real and virtual worlds. The fight against good vs evil is slightly tipped in favour of the bad guy since he is portrayed more powerful.

But as has been rightly said, that the brain can beat might anyday, our hero G.One ends up on the winning team. The movie was probably ahead of its times, a lot of action sequences and graphics being new to Bollywood. Akon singing Chammak challo was an added bonus.

The heart of RaOne and G.One was somewhat like the gleaming core of Ironman, but shown tastefully. 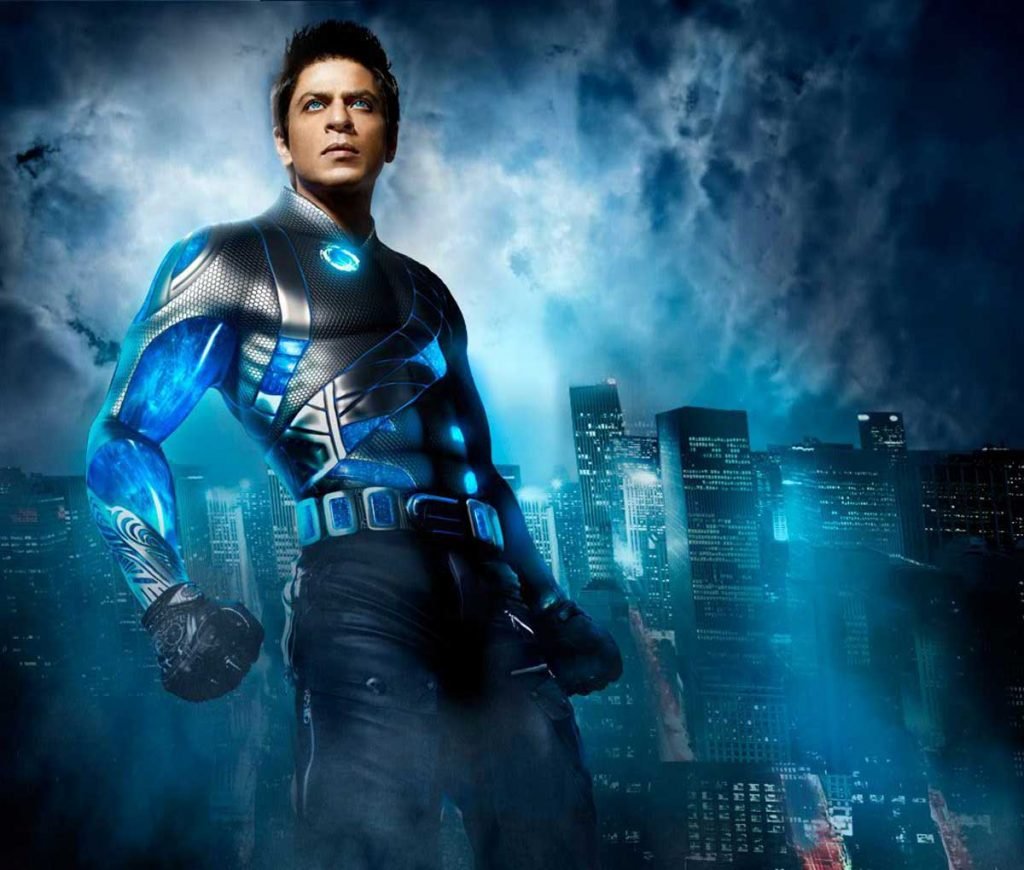 Superheroes and sarcasm also go hand in hand. Remember IronMan and Deadpool; now that was some serious fun with the combo. Bollywood tried its own luck with this combination inserted into the script the way a passenger is inserted into a local train in Mumbai. By sheer force and not much will.

Tiger Shroff as the lazy human who accidently discovers his powers of agility and flying was likeable until the costume came along. A blue colored outfit that makes him look like he belongs to Arabian nights and the prince of persia. He is supposed to fight a monster who allegedly feeds on garbage and becomes stronger. Our hero struck a chord with kids but failed to enlighten the youth, the way a Marvel or DC superhero does.

This is the last one on our short list. And i saved the best one for the last, because this is probably the most believable of superheroes that Bollywood has come up with. The story is about two friends who find it intolerable to see justice not being delivered. The story is believable and easy to connect to because its about everyday life and the struggles all of us face, here in our country.

The plot is a bit lean, but it is very, very well conveyed. The uprising of Bhavesh Joshi and his Insaaf channel, the bitter fight as one of them realises how difficult it is to manage everyday life and fighting crime and then the rise of our hero. Its right there, the premise of the movie: be your own hero. There are no cars flying in the air, no fancy gun fights or tornadoes created by the hero’s running. Its all real and to the point. Its actually even funny when our hero is being chased down by the goons, but waits for the traffic light to turn green. 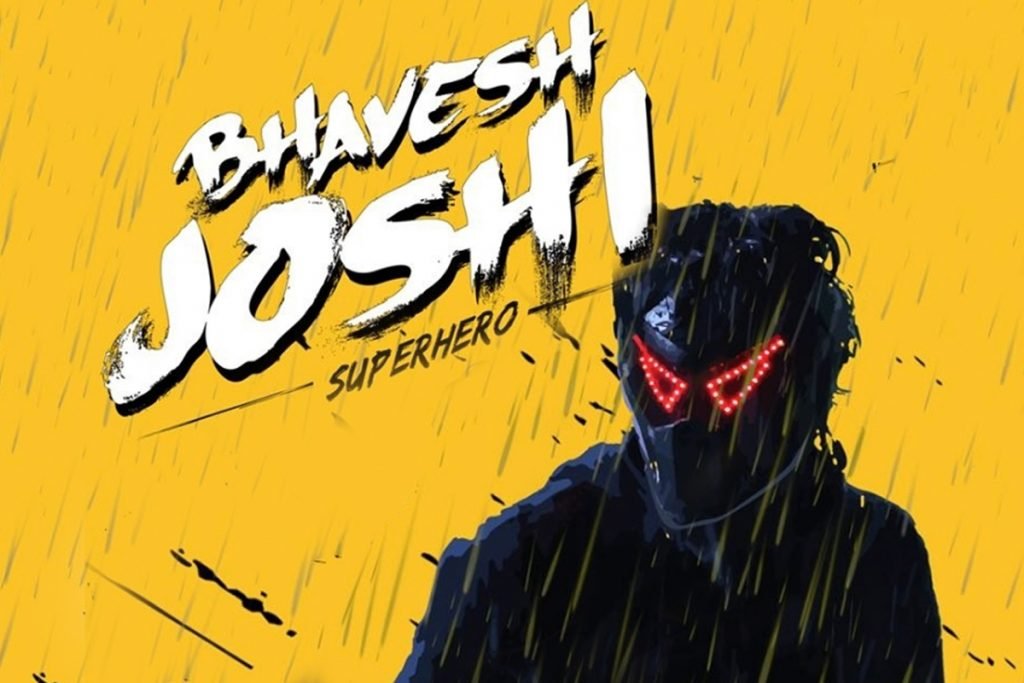 Bollywood certainly needs more of superhero movies, but believable ones. Although i do not want to forget to mention our very own Chotta chetan who was all of a little boy and yet delivered justice. Common Bollywood, we are waiting, raring and cheering in the background.