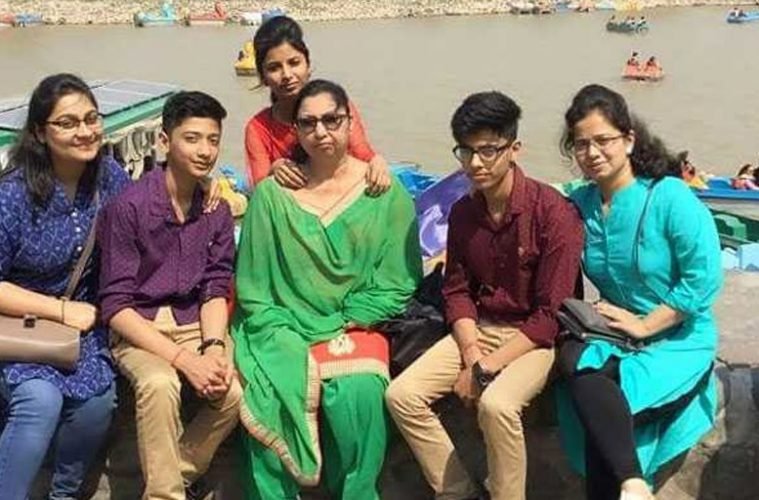 The Horror House Of The Dead In Burari

We live in a very complex world, a world where no one is safe. It is a world where deception and secrets are upheld whereas truth barely has time to rear its head. Sometimes, it feels hopeless to even bother to live. Mob lynchings over any fake news on WhatsApp, live streaming your own suicide, all these things are very depressing. But something has come to light in the past few days, which will actually chill any person to the bones. The Burari mass murder/suicide case.

On July 1, 2018, eleven people of a family were found hanging in the courtyard of a house in Delhi’s Burari area. The eyes and mouths of all the bodies were shut using a cloth. Of the 11 dead, seven were females while four were males. The police at the time was itself baffled. It said that it is investigating to find out if it was a case of suicide or murder. When one reads such a news, it sounds straight from an Agatha Christie mystery novel. Eleven family members ending up dead in one night. It hardly sounds normal to one’s ears.

What Does The Police Say

Furthering the investigation, the police said they recovered handwritten notes that “point towards observance of some definite spiritual/mystical practices by the whole family”. “These notes have a strong similarity with the manner in which the mouths, eyes etc of the deceased were tied and taped,” the police added. Okay, now this actually made the entire case seems quite silly, that an entire family would commit mass suicide based on religious grounds? I have a strong suspicion of hypnosis involved but nobody seems to be talking about it.

Further on, the post-mortem report of six out of the 11 dead members of the family has revealed the cause of death as ligature hanging. There were no signs of a struggle. The police has already recovered notes indicating that the family might have killed itself under the influence of certain mystical practices.

Now, one thing is odd. A pet dog named Jackie was the only survivor in the house. The dog, an Indian pitbull mix breed, was found with a fever of 108 degrees and was extremely aggressive. It took animal rescuers over one hour to control him and bring him to the ambulance. Here, I would like to stop and throw some light on the poor dog who may or may not have witnessed the entire scene. He had a fever and had to be rescued. The irony is that the pet was saved.

Things get even weirder from here. The Burari family’s house has 11 pipes coming out of the wall near the entrance. Out of these, four pipes are straight while the remaining seven are tilted, reportedly pointing to the four males and seven females. Further, their pattern is similar to the position of the dead bodies. Oh My GoD! (silently screaming murder!) By this time, if you have not given up on humanity yet, I am judging you.

However, if you still want to know further, the eyes of the 11 dead members have been donated, according to a family friend. The family was religious and always wanted to help others, the friend added. Meanwhile, handwritten notes recovered by police from the family’s residence indicate that they might have killed themselves under the influence of spiritual/mystical practices. Why I am coming back to this point, again and again, is to draw a picture for the reader so they would understand where this is leading to.

Was It About Salvation?

It might seem less tragic and more comic to people who possess some logic in their superior minds. But one of the handwritten notes recovered from the Burari house, reads, ‘Have to meet God on June 30’. Another note said the family should “carry the act only on a Thursday or a Sunday” and use “dim light”. While 10 bodies were found hanging, one was found lying on the floor. Now, if the entire family was seeking some salvation or some rite, for God knows what, why would they leave one out?

However, a relative of the family refuted any spiritual angle in their deaths and said, “Someone killed them…They never believed in babas”. The relative, Sujata Bhatia, is the daughter of 77-year-old Narayan Devi whose body was found on the floor. The bodies of the other 10 members were found hanging. Now, finally, someone is talking sense. Something I was hinting at before, the entire family just cannot be so gullible to be talked into planning their own deaths. It is curious.

Also, the autopsies on all 11 members of the family were conducted at Lok Nayak Jai Prakash Narayan Hospital on July 2. Eight of them did not show any signs of a struggle, the autopsy revealed. Though it was earlier suspected that the woman found on the floor was strangled, doctors said she died due to “partial hanging” which could either mean, that whatever she was using to hang herself broke, or something else happened. It is very difficult to piece the entire picture together for there are so many missing pieces in this horrifying story.

New Leads In The Case

Finding new leads based on the notes found in the Burari house, the Delhi Police on July 2 launched a manhunt for a tantrik named Baba Janegadi. Police had earlier said the notes recovered from the house pointed towards “observance of some definite spiritual practices by the whole family”.

While it may be as if the police believe someone led them into this. New reports have now emerged claiming that Lalit Bhatia, one of the 11 members of the family used to perform ‘rituals’. All this he does on the directions of his dead father. He reportedly told other family members that his father’s soul had entered his body. Further, he maintained a diary, noting down activities of each person in the house. What the hell is going on here??

Interestingly, a food delivery boy was the last person to see the family alive. According to him, “Everything was normal”. He revealed that the family had placed an order for 20 rotis at 10:30 pm. He delivered it at 10:45 pm.

What we have is some handwritten notes, some oddly shaped pipes, and a dog who survived with 11 dead bodies. It points to is some mad ritual of one member which led to the deaths of 10 others. What we also know is that some tantrik is involved who may have something to do with these deaths. Until he is found, there is not much left to be deduced.

The clues point out to different sides. The relatives say they were not that religious to believe in such mystical stuff and yet the evidence says otherwise. So far, this much has been deduced, the case is still open and investigation is going on.