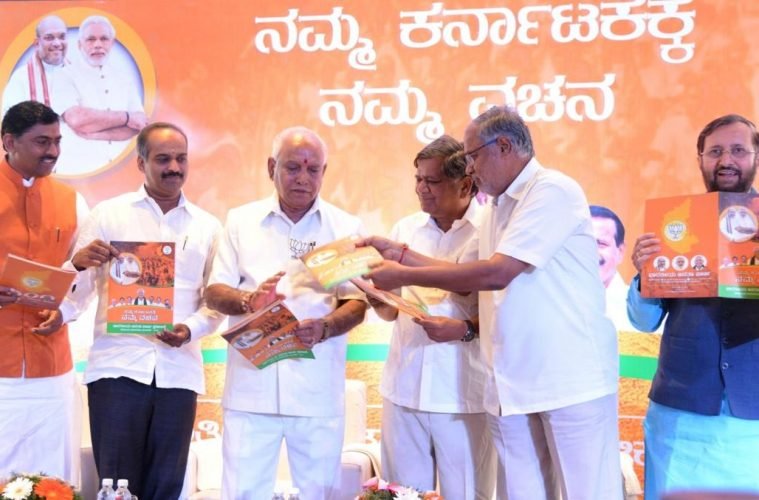 The Karnataka Manifesto War – The Tax Paying Urban Middle Class Has Been Left Out Again.

Manifestos are political parties’ way of showcasing their vision for the state or country. More often than not, manifestos are merely means to appease a particular section of voters. Manifestos comprise promises that appear too good to be true. Including a few that are even economically or legally non-feasible. The manifestos released by parties in Karnataka seem to have completely ignored the tax paying citizens. While the Bharatiya Janata Party manifesto does have some feasibility. However, Congress has tried painting a rosy picture which is far from reality.

While both parties are taking pot shots at the other party’s manifesto, freebies and tall promises form the core of these manifestos. The Janata Dal (Secular) which is also campaigning hard to return to power does not fare any better when it comes to the manifesto. With JD(S) claiming that it would not form an alliance with the BJP, things could get very uncertain on the D-day. All parties are certainly trying their best to woo voters with their respective manifestos.

So what all will be given free of cost?

1. Free Laptops: BJP will provide free laptops to every student enrolling in college, while Congress will stick to students from standard 10 to 12.

2. Smartphones: Congress has promised free phones to all college going student in the age of 18-23 years, whereas BJP will give it only to all BPL women.

3. Gold: Yes, gold is being promised for free. Congress will offer only 3 gm of gold chain to brides from BPL. BJP, on the other hand, will give a Gold thali of same weight and Rs 25,000 to BPL brides.

However, these are only some of the freebies offered by parties to woo the voters. 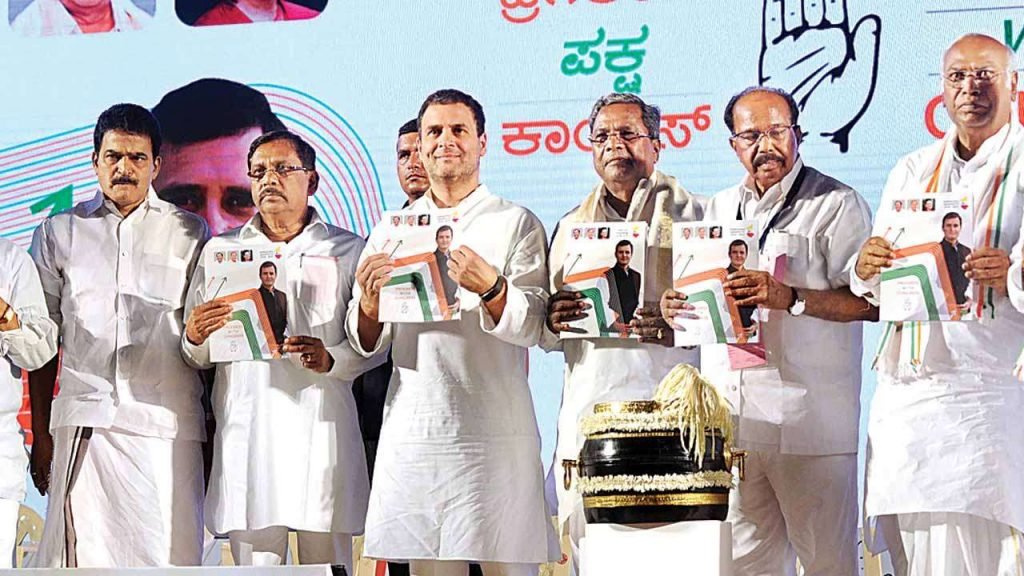 Loan waivers – A major promise but will it be delivered?

One of the major promises being made to farmers is an insane amount of loan waivers by the parties. BJP has promised to waive all loans up to Rs 1 lakh outstanding towards the nationalised and cooperative banks. There is also assurance that farmers will get one and a half times of the cost of production. Additionally, BJP will send farmers to Israel and China to learn agricultural practices.

Congress, on the other hand, had approved an 8000 crore loan waiver in 2017. The official statistics claim that 2,525 farmers committed suicide due to crop failure and draught between April 2013 and November 2017. Congress has promised that it will develop a Public-Private Partnership (PPP) infrastructure to make agriculture sustainable. It definitely sounds good on paper. But why did Congress not implement it in the last four years is something worth questioning. 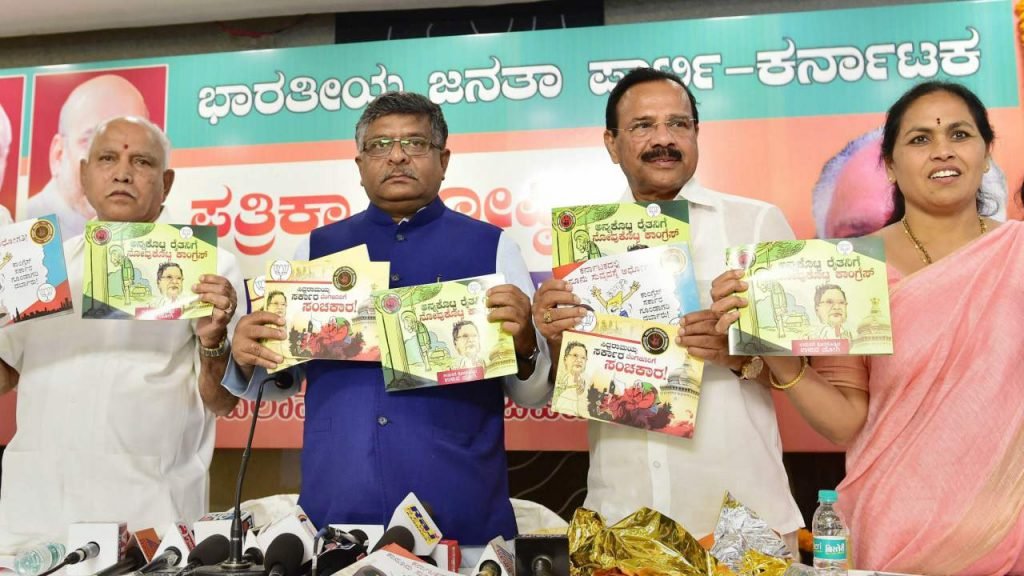 The JD(S) has gone a few steps ahead in its manifesto and promised to waive off all loans including horticulture and medium-term loans. These loan waivers will be given within 24 hours after coming to power. The farmers will also get free seeds and fertilisers.

With each party trying to offer maximum benefit to the farmers, it admittedly looks like a good time to be a farmer in Karnataka!

The other major promises in the manifesto

JD(S) promised in its manifesto that pregnant mother would get Rs 6000 allowance for a period of six months (3 months before & after delivery). All women who come out to vote will get Rs 2000 as ‘Democracy Support Incentive’. Power generation, skill development, and housing did find a place in the JD(S) manifesto.

While everyone is offering freebies, are these freebies actually free? 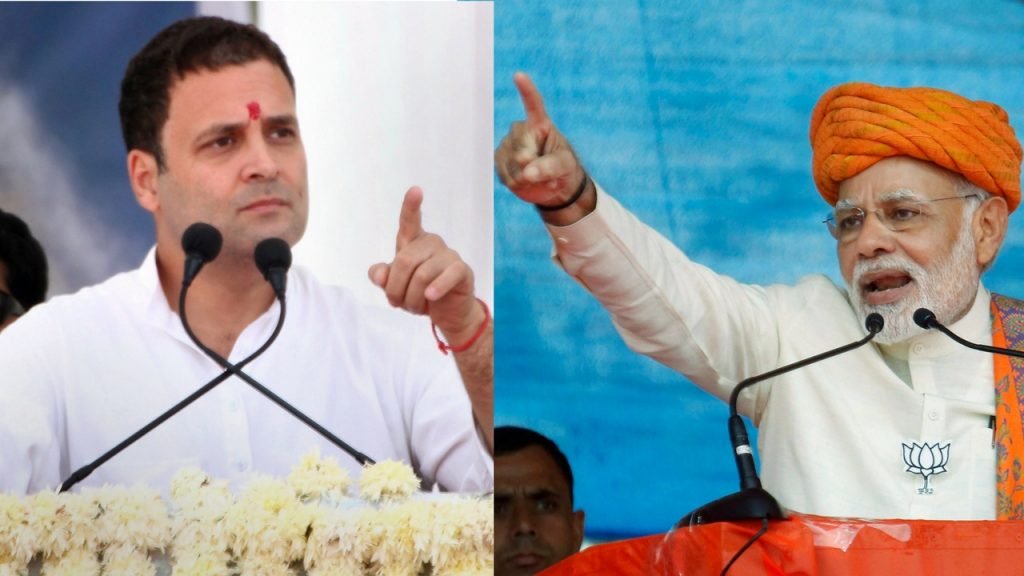 The honest taxpayer is funding these schemes which could have been better than proposed or even avoided. What does the honest taxpayer get in return? Congress seems to be making some bizarre promises such as creating one crore jobs each year and taking IT sectors contribution to $300 billion (a miscalculated figure). Such hollow promises clearly show how much this political party is thinking about the urban middle class.

Perhaps, it is time that urban middle class should also start demanding ‘freebies’ or start voting for people who want to deliver on the promise of development.