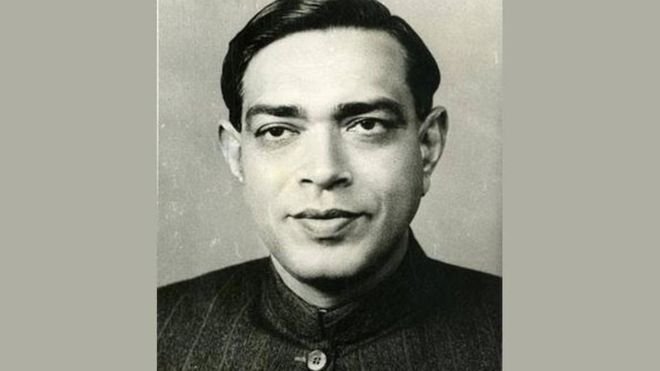 The Literary Genius Whose Work Stood The Test Of Time: Ramdhari Singh Dinkar

This loosely translates to: People with gold plated umbrellas, but the blackest of hearts,

Are the ones who are not embarrassed of judging people based on their caste.

Purity of family and lineage have no meaning when one’s actions are impure,

A man’s true honour lies in his character, not in his lineage or wealth.

This must have made you get a warm feeling of appreciation. This excerpt is from Rashmirathi (the chariot of the sun). While a story about the Mahabharata and Karna, it deals beautifully with the issues of caste-ism an social inequality.

Ladies and Gentlemen, let me introduce you to Ramdhari Singh Dinkar- a poet, philosopher, historian, and above all, a nationalist. There is no dearth of poets whose writings in Hindi are par excellence. Yet, amongst them, the name Dinkar shines as bright as his moniker.

Birth and Style Of Writing

Born in September 1908 in the village of Simaria in the British presidency of Bengal [current Beguarai, in Bihar] he was often called “striking”. This was more so because of his personality. His numerous works often have the undercurrent of suffering that one faces due to birth based social inequality. It is a common theme that his work identifies with.

Called the “Rashtrakavi” – National Poet, Ramdhari Singh Dinkar is associated with poetry written in “Veer Rass”- a form of poetry that motivates a person to believe in self, hard work and achievements. Coupled with his curt sense of satire, Dinkar’s poetry plays a substantial part in inciting a feeling of one-ness. This was especially visible during the nationalist movement.

His first poem was published in 1924, in a paper named Chhatra Sahodar (Brother of Students). In 1928, during the brink of the independence movement, a farmer’s Satyagraha movement in Bardoli, Gujarat was successful under the leadership of Sardar Vallabh Bhai Patel. Following this, Dinkar penned down ten poems under the name “Vijay Sandesh” – a message of victory. During this time, to escape the wrath of the government, Dinkar got his poems published under the pseudonym “Amitabh”.

Some of his most famous works include Rashmirathi, Urvashi, Parashuram ki Prateeksha, Kurukshetra and Krishna ki Chetaavni. All of these include the themes of humanism and social inequality. These works mostly revolve around epics like Mahabharata and Ramayana. However, Dinkar also had a different, more historically inclined side to this thought and writing. In “Sanskriti ke Chaar adhyaay” (The four parts of culture) he discusses the formation of India’s culture as an accumulation of four cultural revolutions.

The first, being the Aryan – Dravidian racial aggregations and acculturation tendencies. The second, being the Vedic or Brahmmanical foundational stage – delving on the foundation of not just theology by even customs and traditions. The third being the advent of Islam into India through its rulers. This is essentially, a phase of cultural coexistence and mass intermingling of traditions and practices. The fourth and final being the period of imperialism and conquest of India by the British. This can be seen as a forced intake of  culture on the entire indigenous population of the country, and the effects thereof.

Not only is the analyses sociologically apt- it is almost Darwinist in the line of evolution that it follows with respect to India’s culture. One can easily draw parallels with “Melting Pot” metaphor of American assimilation of culture. However, this was given by Dinkar more than five decades before.

Notably, the work  does not give any preferential right of ownership of premption to the Hindus. On the contrary, it stresses that from the very beginning, India has always been a land of numerous religions and faiths. He states that:

“the Indians of Tiruvankur had become Christian long before the people of England, and Islam had perhaps already arrived among the Moplas while Prophet Mohammad was still alive. Similarly, the followers of Zoroaster have been inhabiting India since the tenth century. When the Arab Muslims occupied Iran and began to propagate their own religion there, the Parsis fled Iran and came to settle in India. When the Jewish temples began to crumble under the Roman tyranny, a number of Jews fled to India in order to save their faith, and ever since they have been living happily in South India. Therefore, Christianity, Islam, Judaism and Parsi religions have as much a claim over India as Hinduism or Buddhism has.”

The most commending quality any literary work can possess is its timelessness. If anyone can read and understand a work, then it becomes worthy of being called true literature. Needless to say, Dinkar’s work stands the test of time, in this regard. As an honour to him, the Government of India while celebrating of the “Linguistic Harmony of India”, in the year 1999, released a set of commemorative postal stamps. This was while marking the 50th year since we adopted Hindi as our official language.

On reading the works of Dinkar- each one an ode to the strength of one’s character and capabilities, laced with the theme of social inclusion and cultural assimilation- one can’t help but wonder how the author would feel about the current state of religious polarisation in the country. All we can think of, is this quote by him, which remains as applicable today as it was, fifty years ago:

Those who are truly honourable don’t demand glory by naming their caste or lineage; they distinguish themselves in the world by their thoughts and actions.