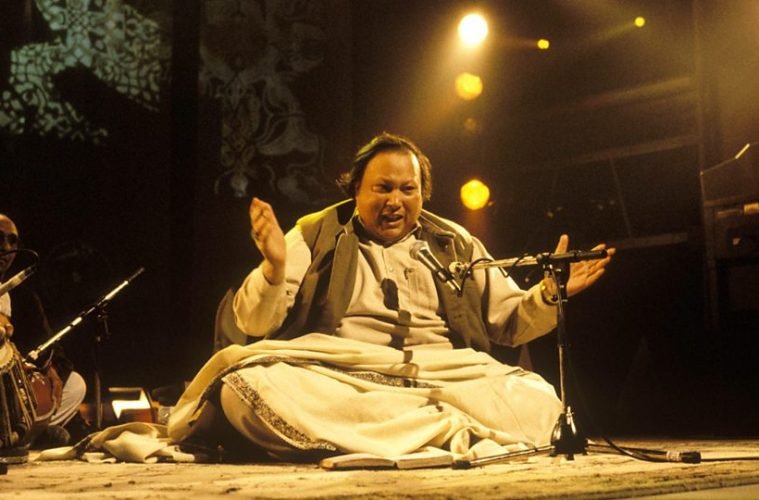 A History Of Sufism And Its Soul Stirring Sufi Music

Music is what keeps us alive, if you ask me. In today’s day and age it has become easier for us to just plug earphones in and drown out the world. For a music lover, there can be nothing else like it. Every tune is an entire universe unto itself and every word sung one of the worlds in it. Good music can change our mood, from a little teary to shivering from the sheer magnificence of the song. Every form of music has its own rich history (except for krunk, jeez) and one such genre is what we speak of today.

Ah, you’ve already thought of your favourite Sufi song, haven’t you? Which one is it? Kun Faaya Kun? Aaya Tere Dar Pe Deewana? Duma Dum Mast Kalandar? The list is manifold and I can’t blame you for having more than one. But have you ever wondered where Sufi music began?

Sufism is the term that is used for a mystic movement that happened during the Golden Age of Islam i.e. the 9th and 10th century. In the year 801, the concept of an ‘undying love’ for Allah was coined by a woman named Rabi’ah al-Adawiyah. It is this concept that formed the basis of one of the first Sufi ideals, namely a love for Allah that was without any hope for heaven or fear of hell. It is one of the things that most Sufi songs are about, if you listen closely; an undying love for God. Consequently, similar schools of thought rose in the Islamic world, albeit in a scattered fashion at first.

Sufis such as Sahl al-Tustari and al-Hakim al-Tirmidhi were one of the first few who truly present the theology behind Sufi beliefs. One of the most Sufi poets, al-Husayn ibn Mansur al-Hallaj, was the student of Tirmidhi and is known for using the phrase ana al-haqq, which means “I am God.” In later years there were many such Sufi authors who defended the growing Sufi movement against the more orthodox Islamic people. 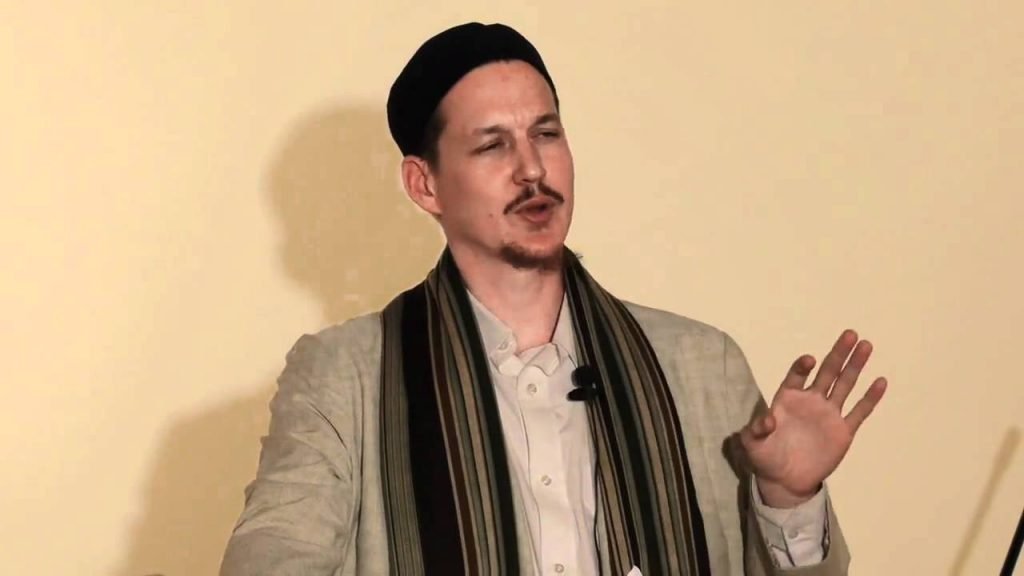 The 13th century is considered to be the golden period of Sufism, with orders of Sufism arising throughout the Islamic world. It is also during this time that Sufi poetry became as we know it today. One of those poets was Jalal al-Din al-Rumi, or simply known as Rumi. It was Rumi who inspired the whirling dervishes – those who sought happiness through a ritual of dance and soulful music. Think Khwaja mere Khwaja and you’ll be on the right track.

Speaking of music, it is one of the many beautiful aspects of this mystical movement. For one thing, Sufi music is richly diverse. Sufis have traversed the world, separated by distance but united by their belief and so has their music. Every Sufi song has influences from a variety of countries, like Egypt, Turkey, Syria, Uzbekistan, Morocco, Senegal and Pakistan. Needless to say every song is a fulfilling experience on its own.

Even India has contributed to its rich and multi-coloured diversity. The holy site of Hinglaj used to be visited by pilgrims until 1947, when during the partition, Hinglaj became part of Pakistan. However, it was these very pilgrims or yogis, whose songs of Bhakti and Vedanta found their way into the tenets of Sufi beliefs through the Sufis of Sindh.

It began way back in the 13th century, the usage of music to connect with the divine. Even as far back as the 11th century, music was used in many prayer gatherings by Shaikh Nizammudin Auliya. But it was only later that the qawwali fully evolved unto its own form of expression. It used or rather, uses simple but powerfully worded poetry in Farsi, Hindi or Urdu. This poetry, when recited in song and accompanied by the sounds of dholak and harmonium, serves the function of arousing a form of divine ecstasy in the listener. A lot of the songs also involve the clapping of hands after each verse, creating a rhythm that can transcend the descended.

While the tradition of qawwali has been around for a long time, it is only in the 20th and 21st century that it became a commercial music genre. One of the primary architects of the Sufi music renaissance in the 20th century was the Sabri brothers. The duo comprised Ghulam Farid Sabri and Maqbool Ahmed Sabri, two accomplished Sufi singers. Both of them were quite well known throughout the world of music, especially after their performance at the Carnegie Hall in New York in 1975 and in the Womad festival in UK in 1989. Many Sufi themes such as love and worship were incorporated into their songs using poetry in languages ranging from Urdu and Punjabi to Arabic and Persian. They have many albums that were produced domestically in Pakistan and one international, named “Ya Habib.” Give them a listen, you won’t be disappointed. 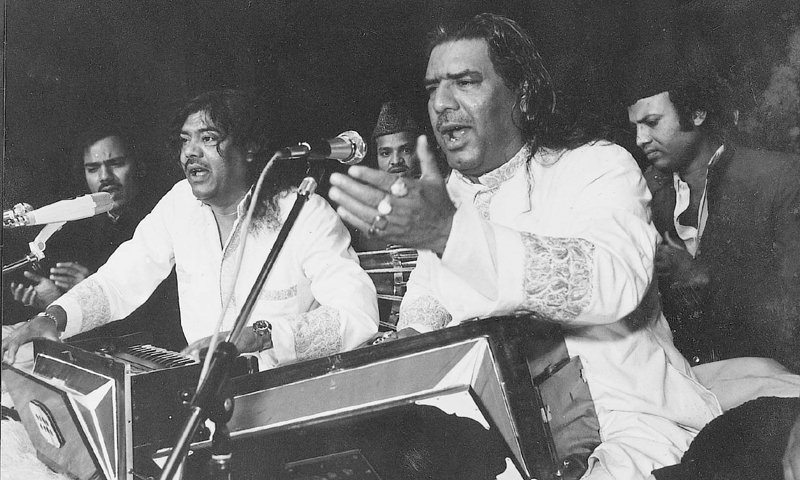 Another very famous name that you absolutely must have heard of is the maestro himself – Nusrat Fateh Ali Khan. A musical genius, as many have dubbed him, he is considered to be the definitive voice of modern Sufi music. He was trained in music by his father, who was aptly named Ustad Fateh Ali Khan. Along with his brother, Nusrat toured the world and is almost completely responsible for the revival of the Sufi music genre in the modern scenario. In case you think I am kidding, here are the people he has worked with – A.R. Rahman, Massive Attack, Eddie Vedder of Pearl Jam, Peter Gabriel and Michael Brook. His voice has been featured in many international films, such as ‘The Last Temptation of Christ’ and many more.

In the year 1997, Nusrat passed away and his place in the world of Sufi music was taken by Abida Parveen, a highly talented Pakistani singer. While she had performed since the 1970s, it was during the 1990s that she gained the recognition she enjoys today. Parveen has performed in many places, has had many international tours and if you’ve kept a keen eye you would have noticed her on Coke Studio as well. And by Coke Studio, I mean the Pakistan version. The original. Listen to Yaar ko Humne and Tere Ishq Nachaya to know the genius of this woman.

In India, Sufi music was undergoing its own growth into the light. This growth was heralded by the Wadali brothers, Nizami brothers, Warsi brothers and Madan Gopal Singh. As these singers gained in popularity, so did the genre itself. Slowly Sufi music began creeping into many cultures. Rajasthani folk singers, for example, used Sufi music to blend into their own and have created some wonderful folk tunes over the ages. Bands like Fuzon began mixing Sufi styles with pop music, creating ‘Sufi rock’ an immensely popular genre. In India, singers like Rabbi Shergill and Kailash Kher created their own masterpieces using Sufi music as an influence. Kher’s Teri Deewani and Rabbi’s Bulla can be cited as primary examples of this metamorphosis. It still maintained its focus on the primary message of love and devotion, only with different sounds.

After all that is said and done, Sufi music remains one of the purest forms of music. It is purely due to its intention. Every line sung is rich with depth and meaning. Every song is nothing but a declaration of a relentless love for God. So, the next time you listen to a Sufi song, think about what you’ve read and listen to each and every word. Who knows what you might hear or what you may realise?