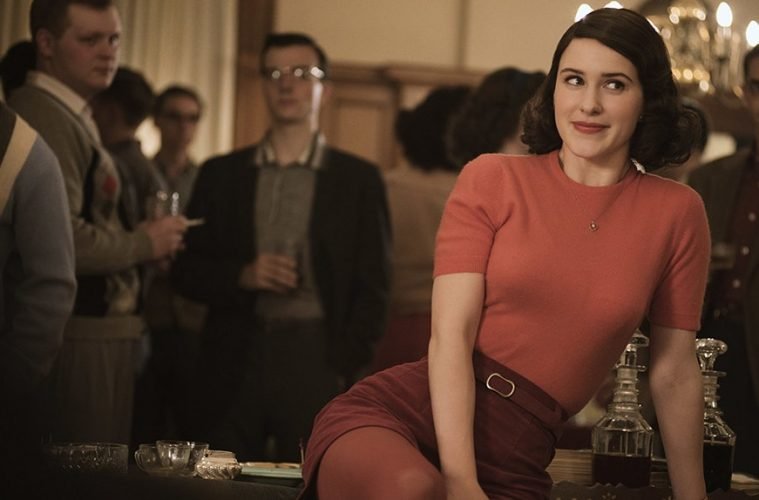 When The Marvelous Mrs. Maisel released on Amazon Prime in 2017, it seemed like another period drama. Except it was comedy. This drew me to it. The fact that it was just 8 episodes short, helped. I plunged into it, knowing nothing about the creators, the actors, or for that matter, the theme of the show. And I was pleasantly surprised. It felt like someone offered me an ice-cream, to which I hesitantly said yes, but was in for a treat when it turned out to be a triple sundae.

The premise is a refreshing, delightful idea. The creator duo Amy-Dan (of the Gilmore Girls fame) are particular about setting up their shows in times when they don’t have to deal with the intrusion of technology. It is a fictional account, of course, but it is a visual treat. It definitely is binge worthy. I was so pleasantly surprised by what I saw in the first 3 episodes, I had to know what was coming next!

The actors and characters

Rachel Brosnahan as Miriam ‘Midge’ Maisel and Alex Borstein as Susie Myerson are absolutely delightful. They also make one hell of a manager-talent couple. It seems odd to know this could have happened in the 1950s New York, that two women were so happy that one’s success led to another’s. But then, who knows? Maybe these stories were also cooking, and the only reason we did not get to see or hear them was because there were men behind the pen?

The challenge for Season 2 was taking the story further, with an added pressure. The show went on to win a Peabody, Emmys, Golden Globes. Safe to say, season 2 did not disappoint. It has all the sweet ingredients: the crispy banter, Susie’s subtle hilarity, tasteful costumes.

But this season also came wrapped in multiple stories from other characters. It seems Amy Sherman-Palladino was trying to test other tangents: the show begins with Rose, Midge’s mother escaping from her marriage to Paris, for example. It also glimpses into Susie’s world for a wee while. Amidst all this, my favorite part still remains when Mrs. Maisel is up on the stage. When she is letting her words and zany punchlines work their magic, is when I feel like I have come home to an old friend.

And this makes me question, if it is necessary to go explore other lives in 10 episodes. I would honestly like to know Midge more. Her struggle and lessons through her comedy career would suffice. Add to it the fact that she has two kids to feed, and a complicated relationship with her husband.

Of course, not giving out spoilers, but you have to watch till the end to know why I so direly want to know what goes on in her head.

Coming from Sherman-Palladino, the trope of escapism seems very beaten and obvious. Her protagonist is a complacent gal at best: Midge keeps repeating, “I am amazing”, which is a stark echo of Rory Gilmore’s plot about being good at academics, a bright student, but having literally nothing to show for it. Another parallel between these characters is how easily they do not acknowledge their privilege. Sure, they are pursuing risky dreams and toiling hard for it, but they have to admit it: they have it easy.

So, at times, it feels like Susie is the only person keeping it real with her witty patter, “Money is my main goal,” she tells Midge, “I do not have any, and I would like some.”