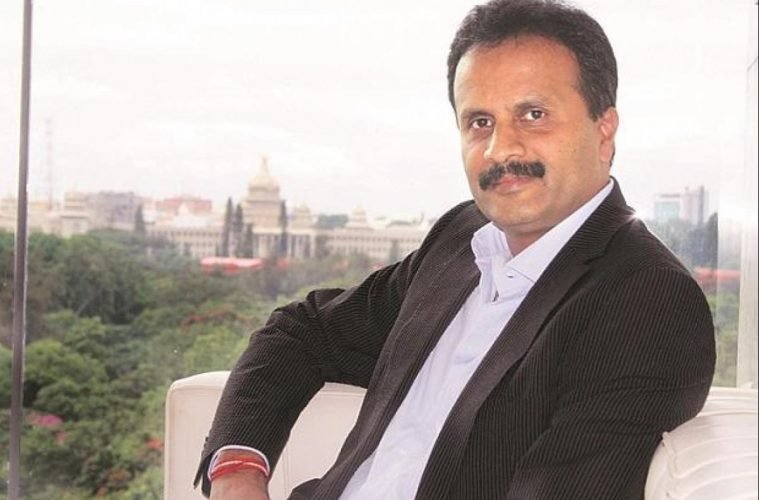 “I do not think money can buy over passion,” is how VG Siddhartha responded to a question about whether Starbucks had ever offered to buy his Coffee Day Enterprises. Certainly, Siddhartha must know a thing or two about passion. It was his sheer zeal that led him from being a professional in a financial services company to being the biggest shareholder of India’s most successful coffee venture.

Siddhartha began his career as an intern with JM Financial Limited at Mumbai. For two years, he learned the intricacies of finance in the company’s portfolio management and securities trading division.  After spending two years in financial industry, the entrepreneurial bug got the best of him and he returned to Bengaluru. A holder of a Masters degree in Economics, Siddhartha founded a financial services company called Sivan Securities Private Limited in Bengaluru. He ran this company for a period of ten years before deciding to step into his family’s Chikmagalur coffee plantation business. The family business found support from the young scion’s export initiatives for its produce.

Siddhartha found inspiration from a German company called Tchibo, a café chain. It had humble beginnings in 1949 and started operations from a 10 x 10 store. With a plantation business ready at his hand, Siddhartha realized that exporting coffee powder (with a markup of 100%) would not take him far. On the other hand, the café business had a markup of 800-900%. This prompted Siddhartha to launch a café business in 1995.

From setting its first shop in Bangalore in 1995, Café Coffee Day (CCD) came to be known in India as the brand synonymous with cafes. Primarily targeted towards the youth, the environment of a CCD is known to be vibrant and apt for casual conversations. It operates its business in three formats – Café Coffee Day, The Lounge and The Square. It also operates its kiosks (Coffee Day Xpress) and has outlets across high streets, malls, petrol stations and highways. According to its 2018 annual report, the company operated a remarkable 1,722 cafes across 245 cities in India and gross revenue of more than Rs. 4,000 Crores.

The serial entrepreneurship of VG Siddhartha has left its mark on the Coffee Day conglomerate. The company has subsidiaries in diverse fields like supply chain, logistics, financial services and hospitality. There are a whopping 50 companies named as subsidiaries and associates of the holding company. The coffee business’ share in the turnover is only 45% whereas interest and dividend income contribute a major part of the remaining revenue. Though income from diverse businesses is an oft-adopted strategy to minimize risks, Coffee Day’s diversity came at a steep cost. It borrowed money to undertake these investments (particularly in Mindtree) and the debt book piled up alarmingly. By the end of financial year 2018, it reported a net debt of Rs. 3323 Crores against a net worth of Rs. 3015 Crores.

In September 2017, the Income Tax (IT) department swooped down on Café Day’s offices across the country including Mumbai, Bengaluru, Hassan, Chikmagalur and Chennai. The diverse businesses were not spared in the search and seizure operations. Its coffee estate offices, residential school and resorts were also searched. The IT department asserted that it had unearthed Rs. 650 Crores worth of undisclosed income in its raids. The raids brew a political storm owing to Siddhartha’s relations (his wife, Malvika, is the daughter of senior Congress leader and ex-CM of Karnataka – SM Krishna).

One of the biggest and earliest trading bets that VG Siddhartha took was on Mindtree. It was Ashok Soota, an ex-Wipro Vice Chairman who wanted to start a next-generation IT company in 1990s, who convinced Siddhartha to be the seed investor. Siddhartha owned the biggest share among promoters – almost one-fifth (21%) of the company’s shares. He was never a boisterous partner at Mindtree and was merely a silent spectator. However, the mountain of debt in his coffee business made him take the tough decision of offloading his shares in Mindtree in 2018. The IL&FS crisis that hit the public lender made matters worse for Siddhartha as it refused to extend its tenure to Coffee Day. The liquidity pressure made it opportune for Siddhartha to reap the benefits of a two-decade long investment bet.

Even though L&T had previously turned down Mindtree’s efforts five years earlier to become a part of the L&T enterprise, it now saw tremendous synergies with Mindtree. It was in the face of a hostile takeover bid from L&T that Mindtree approached Baring and KKR.

Now there was a three-way tussle to own Siddhartha’s stake. Two private equities (Baring and KKR) and L&T InfoTech wanted to own the major pie of the irresistible Mindtree cake. While the three looked for ways to outdo the others, the Income Tax department spoiled the party for Siddhartha. In January 2019, it barred him from selling his stake. Further, they attached them for a period of six months as provision towards a future tax demand. Though it eased off this attachment in the following month, the department froze Siddhartha’s holdings in Coffee Day. Siddhartha’s stake in Mindtree was finally bought by L&T. It remains to be understood whether there was a case of arm-twisting in L&T’s buyout of his shares.

In a stunning letter dated 27th July addressed to the Board of Directors of Coffee Day, Siddhartha admitted to have failed to create the right profitable business model. He acknowledges pressure from a private equity partner who was forcing him to buy back shares. Another source of his stress is the pressure from his lenders which highlights the liquidity crunch at Coffee Day. Lastly, the letter names the Income Tax department for attaching his shares in Mindtree and Coffee Day.

58-year old Siddhartha was last known to be on the bridge of the river Nethravathi in Mangaluru. The businessman stepped out of his car apparently to answer a phone call and asked his driver to wait at the end of the kilometer long bridge. When the driver tried calling him after some time, Siddhartha’s phone was switched off.

The search for Siddhartha ended today with his body being recovered from the river. However, it is apparent that he was under tremendous stress owing to the financial crisis in Coffee Day. Pressure from equity and debt financiers seem to have led to Siddhartha’s extreme trauma. The Income Tax department’s actions to plug his financial freedom clearly made matters worse for the struggling entrepreneur. Money cannot buy over an entrepreneur’s passion but its dearth definitely seems to have devastated it.