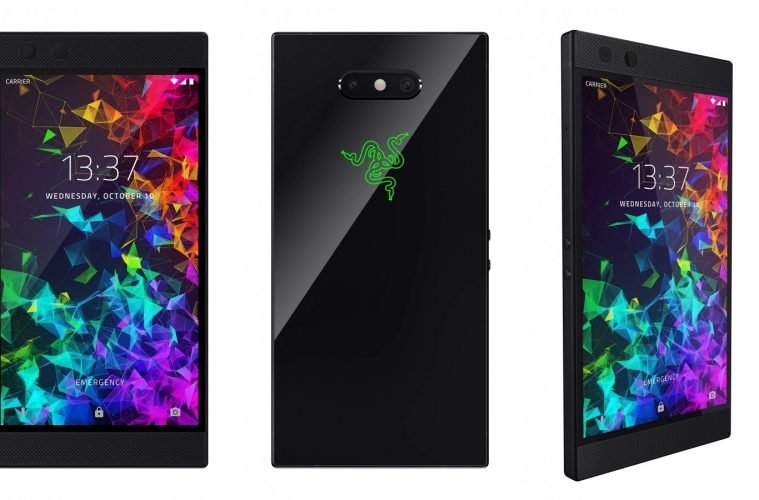 The Next Iteration Of Gaming At Fingertips: Razer Phone 2 Review

The new Razer Phone 2 does not see itself as just a gaming phone, but a phone worthy of competing with the flagships of other manufacturers as well. At least this is what Razer believes. Razer is introducing this new flagship device to establish a foothold in the new gaming smartphone market that it helped establish last year. The Razer phone 2 is a gaming phone therefore its internals have been upgraded and some additional features have been added, that were not there in the previous iteration. Example: Waterproofing.

While there are a plenty of flagship smartphones out there, Razer believes that with the Razer Phone 2, it will be able to improve the gaming experience. It is adding features like Chroma and collaborating with game studios to optimize games for their device and its wonderful screen, in order to stay ahead of the pack.

The Razer Phone 2 has received substantial internal upgrades. It is now powered by the Snapdragon 845 chip-set clocked at 2.8 GHz with an Adreno 630 GPU. Razer has also incorporated the Vapor Chamber Cooling system into this phone, which it normally uses on the Razer Blade 15 laptop. The RAM has been upgraded to 8 GB, LTE Gigabit antennas have been incorporated for faster data, 64 GB of storage(which is a bummer), and a massive 4000mAh battery. It runs Android 8.1 out of the box with Android 9 Pie in the works. 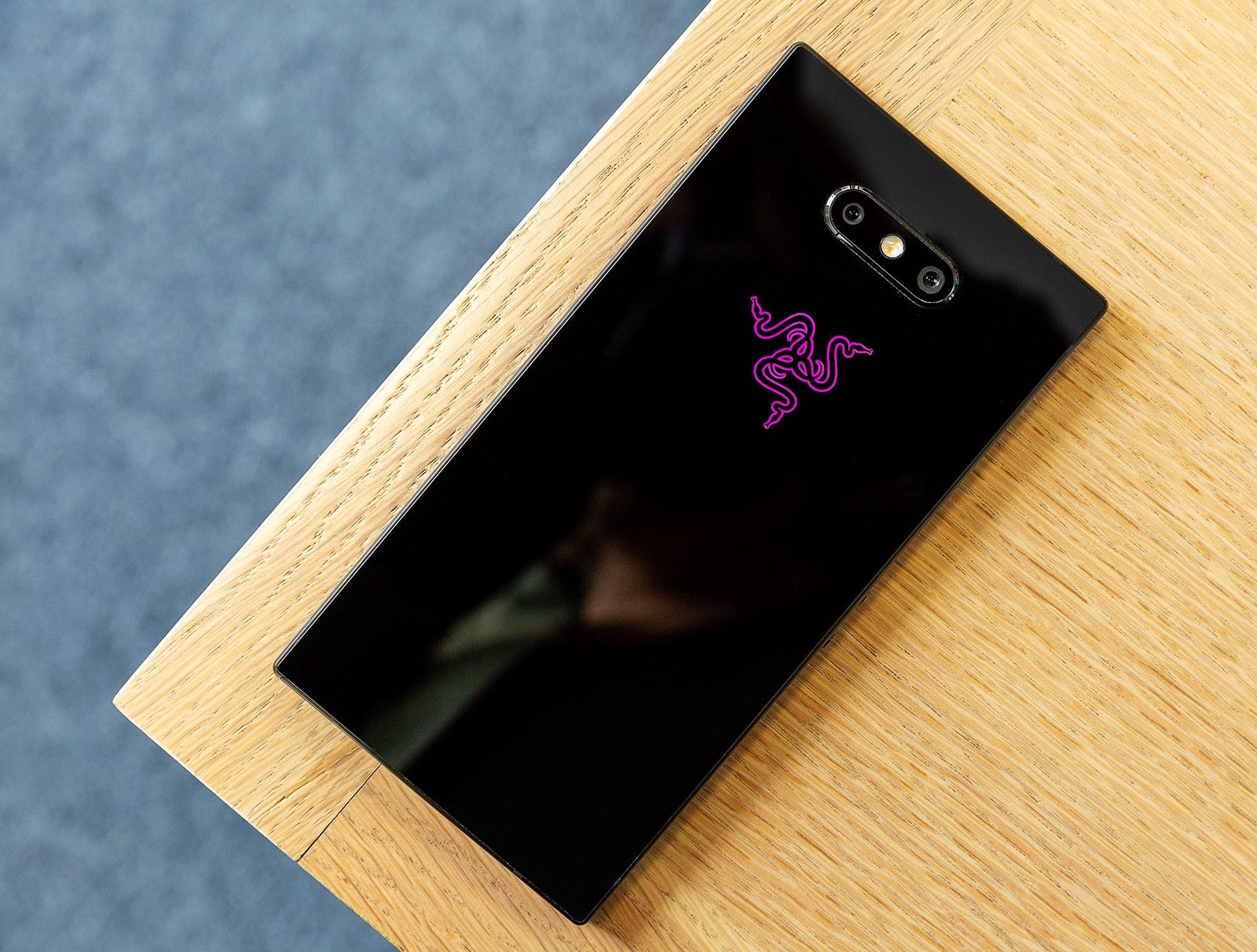 The Razer Phone 2 handles much better now with its slightly rounded edges. The design remains almost identical to the previous iteration otherwise. The Razer Phone 2 can now charge wirelessly, thanks to its glass back. Another major upgrade for the phone is the addition of Chroma. Chroma is Razer’s RGB lighting software, which it uses in its laptop range. The triple-snake logo has been replaced with a Chroma backlit version that serves as a notification alert. The notification LED on the front has been removed. The backlit version supports 16.8 million colours and can use static, breathe, or spectrum cycling lighting modes.

Razer has also upgraded the screen of the phone. While it remains a 2560X1440 QHD display with the 120Hz refresh rate, the brightness has been improved by 50 percent to 650 nits. There are improvements to the HDR coverage as well. The massive front firing speakers are still there. They now boast of Dolby Atmos support for crisper, louder sound with an improved vibration engine. There is no headphone jack, but Razer includes a USB-C dongle with a 24-bit DAC in the box for this omission. 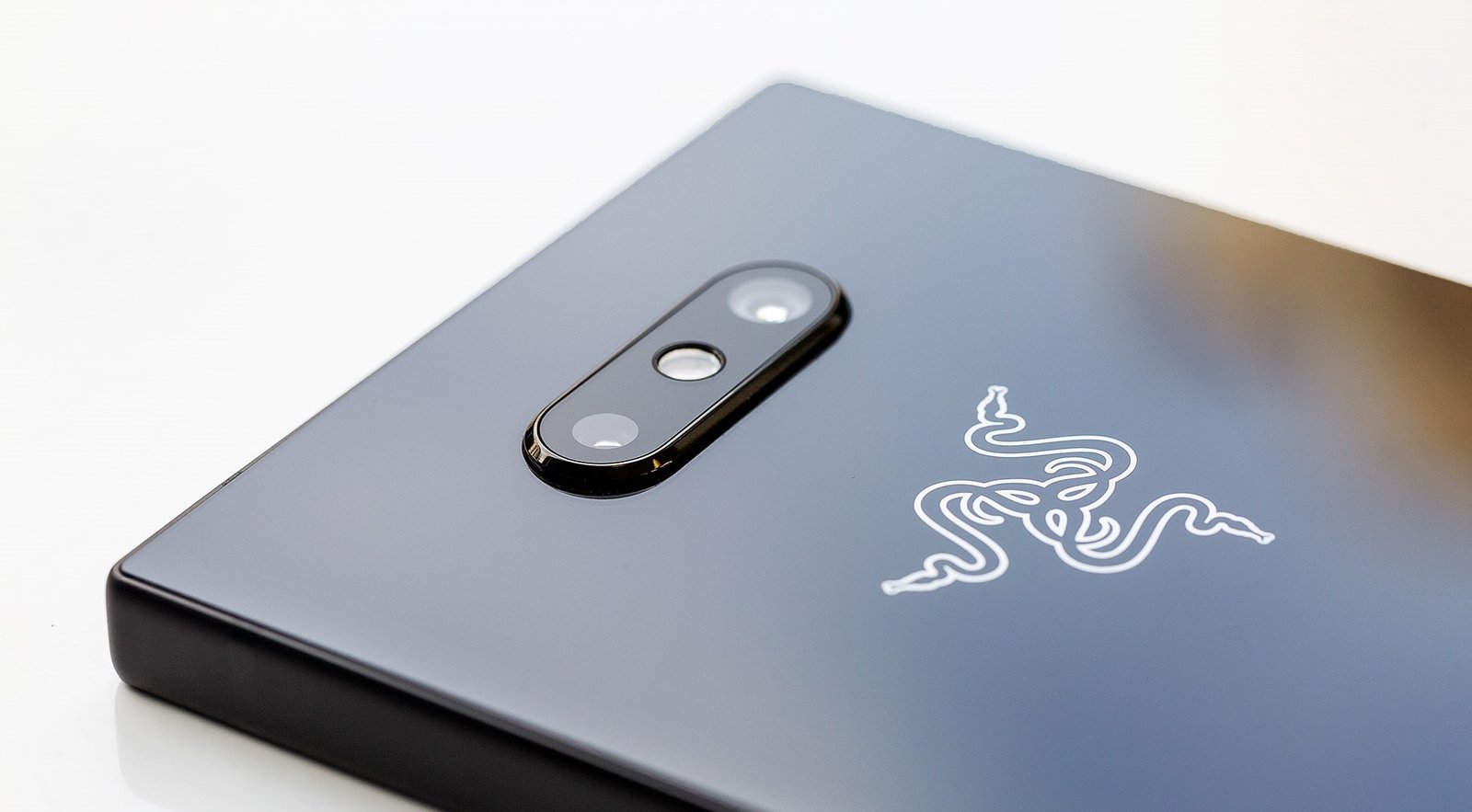 This time around, Razer has switched to sensors from Sony for its camera. Both of them are 12 Megapixel sensors, one wide angle and the other one is a regular sensor. Both have optical image stabilization. Razer has also repositioned them on the back and has improved the camera app as well. Improvements have been made to colour reproduction and overall clarity of the photos as well.

Overall, the Razer Phone 2 is a good upgrade that focuses on making improvements in areas where it was found lacking last time. Razer’s strategy with the device is to prefer subtlety to attention. The phone is understated with upgraded internals, which the gamer community would prefer.