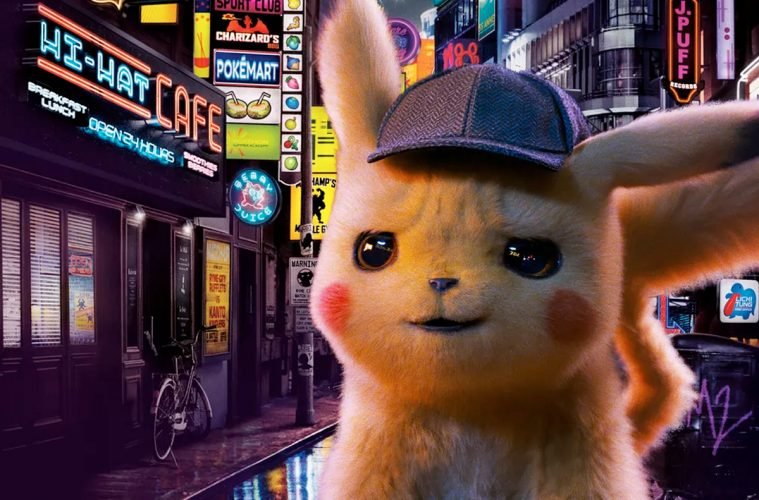 If you look at the description for Detective Pikachu you can clearly see how absolutely close to disaster it looks. Video-game movie curse aside, this is a Pokemon film without Ash Ketchum and his band. There is no young kid going out on a journey trying to be the best that no one ever was. Also, there is a talking Pokemon in this aka Pikachu. This blessed Pokemon is voiced by none other than Ryan Reynolds. The setup sounds crazy enough to be good, but we have seen better concepts adapted from video games fail miserably. Detective Pikachu, however, rises above most of these trappings and stereotypes. Even if it never quite reaches the lofty heights that one would expect from a global brand like Pokemon. 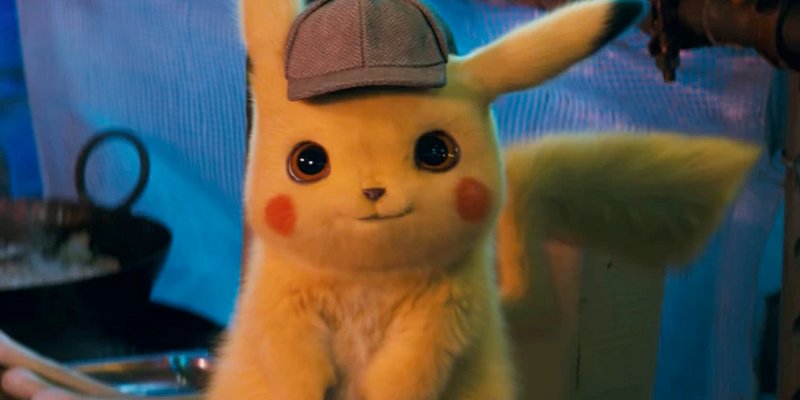 The movie is based on the popular game Detective Pikachu and revolves around a Pikachu who can talk. But he has no memory of who he is and how he arrived in his current situation. He meets Tim Goodman, a young, disillusioned man. Tim is dealing with the death of his father, only to realise that there may be more to that death than he knows. Together uber cute, caffeine loving, super enthusiastic Pikachu that can somehow talk and Tim try to solve this case. The rest of the film revolves around these two characters solving the case. Also, all of this is in the trailer, so please do not accuse us of spoiling.

When it comes to the actual plot or rather, the case that needs to be solved, the movie does not really break any ground. Most of the machinations surrounding the actual mystery are pretty standard. Ofcourse, anyone with any detective movie watching experience would probably figure it out within the first half hour. It takes a little time for the plot to start moving as well. There are some clunky dialogue and exposition in the beginning. The story goes through a lot of pain in setting up all characters and their stories. This hurts its pacing a little. 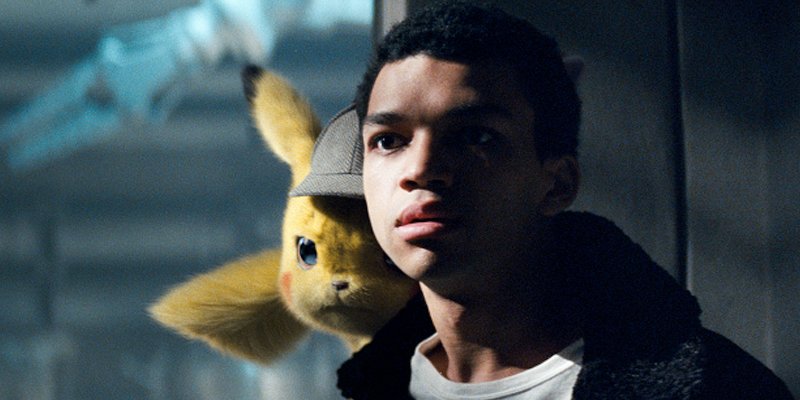 That is not a completely bad or even unavoidable thing, however, given the nature and actual focus of the film. But it tends to give us a slow start. Obviously, this may not appeal to those who prefer a complex or intricate plot instead of a checkpoint-based video game one. The predictability does not take much away from the film either. It is anyway sacrificed towards more attention on the heart and soul of the film. When I say heart and soul, I mean, obviously, the magnificent work that Detective Pikachu does with its main characters – the Pokemon themselves.

The CGI on the Pokemon is well rendered but more than that, these adorable monsters (scary in some cases) have actual personality and each feels distinct. It is not easy to do, despite each Pokemon looking different. Animation could easily have been generic and stale with care being given only to Pikachu and maybe Psyduck. That does not happen, thankfully, as it is clear how much care went into the design of each and every Pokemon. Pikachu looks adorable and ultra-realistic. But so do Jigglypuff, Sneasel, Gengar, Blastoise, Charizard and the thousands more that we see throughout the course of the film. No, that is not an exaggeration.

Another easy mistake to make would have been to assault our senses with all Pokemon under the sun and moon (eh? Eh? Eh?). But Detective Pikachu plays it smart and decides to meld Pokemon with the hustle and bustle of a normal city. They are ingrained into daily life and feel organically part of the city as well. The images of people walking their Charmanders or Aipoms clustered over a neon light are some of the most beautiful, yet simplistic, images in the film. This approach to present Pokemon in an almost unnoticeable and unremarkable manner makes them stand out even more. The birds you see in the sky are Spearows and Pidgeys. Jigglypuffs are bar singers. Bulbasaurs are in the forest. Machamps directing traffic. Snorlax randomly sleeping in the middle of the road. As a long time Pokemon fan, this was a dream come true.

But all of the novelty of seeing live action Pokemon aside, none of this would have worked if not for the central theme of what Pokemon has always been. The anime was always about Ash’s journey as a trainer but in its own way. Never let up on the aspect of the wonder and joy one must feel living in a world like this. To see such magnificent creatures in the wild and not feel that little warm tingle in our hearts would have made Detective Pikachu a disservice to its fans. Thankfully, this rediscovery of the first time we watched Pokemon is the primary aspect of Tim Goodman’s arc. And this is, in some ways, a mirror to the audience.

Justice Smith, who plays Tim, does an admirable job in portraying the disillusioned man without a Pokemon partner. It is clear what he is going through and everything about himself that he is ignoring. His performance is believable and earnest as we are guided through his small journey of discovering himself. It is through Pokemon, and dealing with all the baggage he carries by quite literally, finding his father. Or at least trying to find out what happened to him. It is not masterful story-telling, but it is done with enough emotional heft. It has value and the culmination of his arc feels earned.

The only unfortunate part about this is that almost no care is given to supporting characters. Especially Kathryn Newton’s Lucy Stevens, a character who shines in all scenes she is in. She crackles with energy every time she is front and center. It is a shame she did not have a meatier role but hopefully the sequel makes up for that. Bill Nighy is cast in a role that frankly feels like is bordering on self-parody. But this is Bill Nighy we are talking about – even his worse is not that far from his best. His turn as Clifford is forgettable but still fun to watch, I am not going to lie. 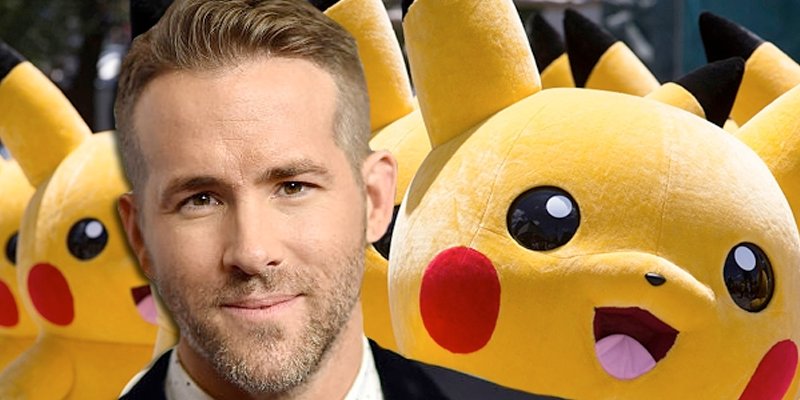 The real star, the MVP, the main man, the OG is obviously Pikachu, one of the most legendary characters ever created in pop culture. His design is phenomenal, but his voice acting is the stuff of legend. Ryan Reynolds makes the adorable yellow rat his own and gives every scene, every line, every gesture and every little nuance his maximum effort and it truly shows. I forgot it was Reynolds within the first ten seconds and just thought it was a speaking Pikachu, a simple, but almost impossible feat, especially when you actually know whose voice you’re hearing yet still forget. His emotional delivery, comedic timing and overall cuddly factor combines to give us an unforgettable first outing for Pikachu and every Pokemon fan needs to see this at least once.

Despite all of its glaring flaws, Detective Pikachu strives and manages to largely succeed at making a film about a video game that actually has some heart and an emotional core to it. By focusing on that and paying due homage to the joy and wonder these characters have always provoked within us, the film manages to fight through everything that holds it down and emerge as an experience that shouldn’t be missed. As a long time fan myself (yeah, you’ve probably guessed that), I can honestly say that this film should appeal to kids and adults alike and even to those who are not fans. In other words, Detective Pikachu is truly super-effective.