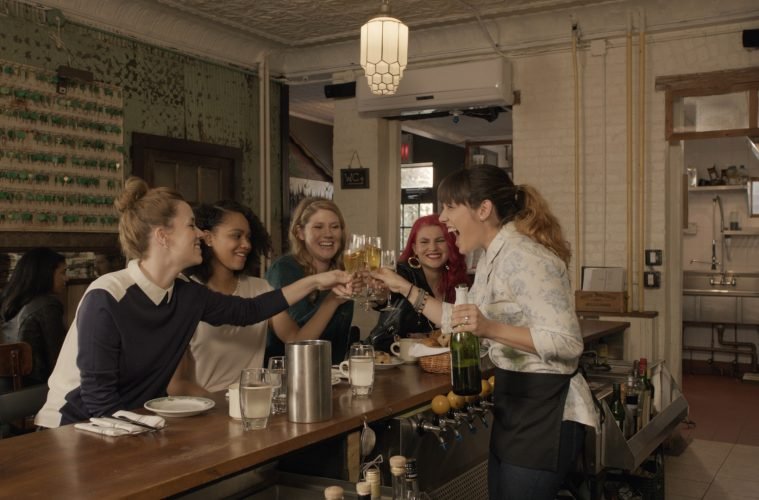 The Sacred Sister Code, Featuring The 5 Gs – “Good God, Get A Grip Girl!”

Who run the world? Yes, you got that right. It most definitely is, girls. No, this is not an article about the battle of the sexes. It is an article about the bond that exists between women-a sort of a sister hood. For men may come and men may go, but sisters are forever. So here’s a compilation of characteristics that you will see in all solid Gurlships.

Yes, Aunt Flow might visit some of us unannounced sometimes, which means that there are high chances of a sister being unprepared. This is the first and the foremost silent rule. If a sister is in need of a sanitary napkin, it is offered without second thought. Gentlemen, ever seen a woman discreetly pass her whole hand-bag to another? Even though men have forgotten how to carry handkerchiefs to be chivalrous to us in today’s era, but we still care about us girls. As a rule, we always carry an extra napkin in our bags and for a good reason. Millions have been rescued from the infamous- laga- chuniri mein daag, simply because a sister was carrying a napkin and provided it at the right time. Mother Nature can be cruel sometimes. This, however is something that all women do for each other.

Whether it is a trip to powder our nose or going to pee while we are drunk in the club, the female washroom is our sacred space. From exchanging lipsticks, exchanging phone numbers, complementing each other and clicking drunk mirror selfies, the bonding between women in a washroom is super strong. It is not that we do not compliment or appreciate each other in general, of course we do. It is just that this feeling of camaraderie reaches a superlative degree, in that space.

This one needs no explanation. From holding their hair back while they retch in the toilet bowl, to making sure that they are home and in bed, safe and sound. You will never see a girl leave her drunk friend un- attended, and for good reason. Ever noticed how a woman’s girlfriends automatically gather around her the minute they suspect that she might be getting some unwanted attention? That is exactly what we are talking about. It is not just the safety factor, either. We look after our own.

And you thought this was something that only men did? Us women are equally prone to making bad decisions, and “drunk calling an ex” sits on top of that list. Indeed, after a few drinks, getting back with your ex sounds like a splendid idea, until you regret it the very next morning. It is at this time that a sister steps in, and takes the necessary steps. Phones are often confiscated, to make sure that the random “I still love you” or “I miss you” text isn’t dispatched. It also serves as a necessary precaution to make sure that a fellow sister doesn’t swipe right on an option that she might regret later.

5. Getting Rid Of The Locker Room Talk:

As much as we hate to admit it, there is always that one person in the organisation who is convinced that if a female is moving up the corporate ladder, it must be because she is sleeping with the boss. If it is not that, it is comments on how “some women toh just do not know how to dress decently” or “come on bro she seems easy, chatting to the boys all day long.” Phew!. Well, thank god for women who stand up for other women and put a full stop to such talk. A sister never lets other people berate another sister, whether behind her back, or otherwise.

A sister not only informs, but stops her fellow sister whenever she thinks that the latter might be falling for a fuckboy. Gentlemen, do not get us wrong here. Of course there is absolutely nothing wrong with a fling. The problem, however, arises when one party is looking for a relationship, while the other is not. You know what we are talking about. The 2 A.M. “You up?” texts, or the ones that “Are not ready for commitment right now” but will swear that what they feel for you is very special. It is at this very point that a sister steps in and pops the fuckboy bubble. In fact, a girls night is often the forum where such decisions are taken.

7. Dropping the truth bomb, every time it is required:

Sometimes, no, most of the times, the truth is a little hard to swallow. And while the rest of the world might sugar-coat what they say, or simply lie to your face and bitch behind your back, a true sister will always tell you the truth when you need to hear it. Whether it then be about being in a relationship with the wrong guy, or simply a career move that is not in your best interest, a sister will tell her fellow sister the unadulterated truth.

This one, of course, is the one rule that integrates all the others. No matter what, a sister will always have her sister’s back. Whether it means helping a sister deal with her break up [or giving her a reality check because that guy was good enough for her anyway] or simply chilling with your girls in pyjamas sipping cheap wine and eating french fries, a sister going through a rough patch will always be a priority.

Found yourself going through the list and nodding? Ladies, if you have women in your life with whom you share such a relationship, you’re blessed.