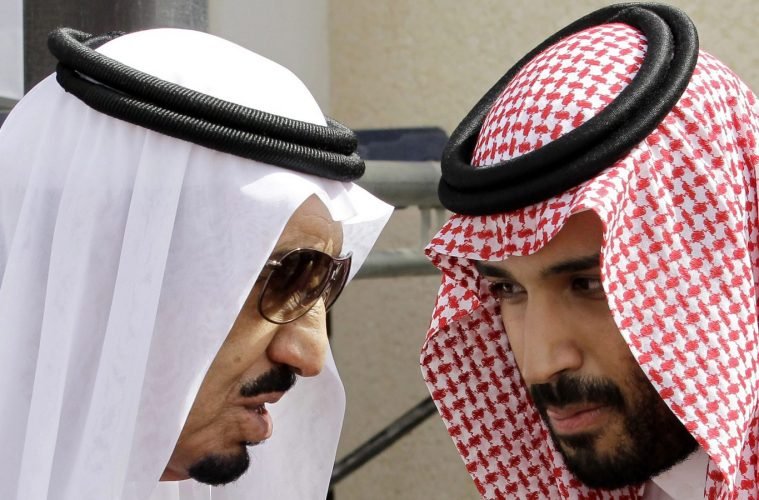 Is Donald Trump Behind The Coup In Saudi Arabia?

In the past one 15 days, Saudi Arabia has gone from being relatively quiet to exploding suddenly on the international scene. And while many would like to believe it is their own doing, there is more to it than meets the eye.

US President Donald Trump’s endorsement of the purge being conducted in the country right now speaks volumes. Trump tweeted on Monday that he had “great confidence in King Salman and the Crown Prince of Saudi Arabia” following the mass arrests – the biggest such purge of the kingdom’s affluent elite in its modern history. (Reuters)

Whether one likes it or not, this is the country’s attempt at controlling Iran, the middle east and ensure its regular oil supply. However, we must understand the finer nuances of Saudi Arabia and the region before we go further.

Saudi Arabia, or more so the entire Middle East has always been a center for volatile activities. Be it power, politics or religion; the sands never tend to settle. But now the kingdom is getting ready for its biggest coup and it all seems quite unsettling. But to understand the situation that Saudi is facing right now, let’s have a look at the forces which shaped this situation.

History of the Kingdom

Saudi Arabia has always been a monarchy and a wealthy kingdom. King Ibn Saud, the founding father of the Kingdom, had forty sons and even more daughters. This amounted to six thousand to fifteen thousand progeny and a battle of confused succession to the kingdom. The usual succession methodology in the Arabic kingdom was consensus or general agreement. The order of succession was however decided by the agnatic seniority. In which the younger brother of the present king is made the ruler. Which continues until all the male members of one generation have perished. Even religious establishments were used to determine people’s succession in the monarch. 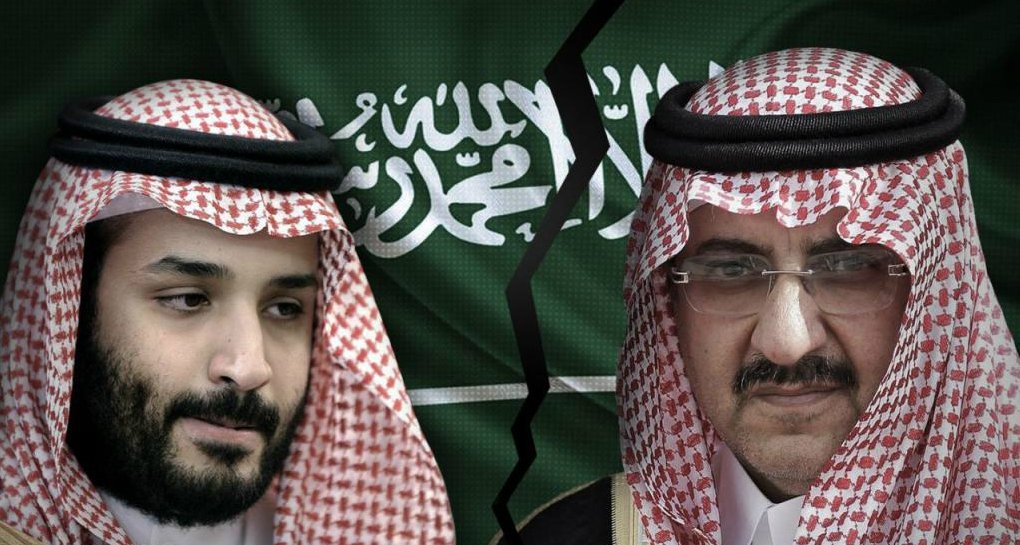 Cut to the succession of King Salman to the throne in 2015 following the death of his half-brother, King Abdullah. Aged 79 and already ailing, Salman took no time in making his favorite son, Mohammed Bin Salman, the defense minister of the kingdom. And therewith the plot starts. Bin Salman, also fondly known as M.B.S. is 32 is married and has 4 children. He has age by his side but there are a lot of things that youth cannot fix. Bin Salman is considered the major driving force behind the alleged coup it has many sides to it. Let us see a detailed version of the sides.

Bin Salman is young, energetic, tactful but inexperienced and even considered hostile. Salman has made considerable efforts for consolidation of the kingdom and used his powers to make “vision 2030” which essentially focuses on being an economy not so dependent on Oil production. But whether the use was correct or incorrect cannot be decided. And the biggest risk that Bin Salman has supposedly taken is the coup.

Coup: A sudden, violent and illegal seizure of power from a Government. 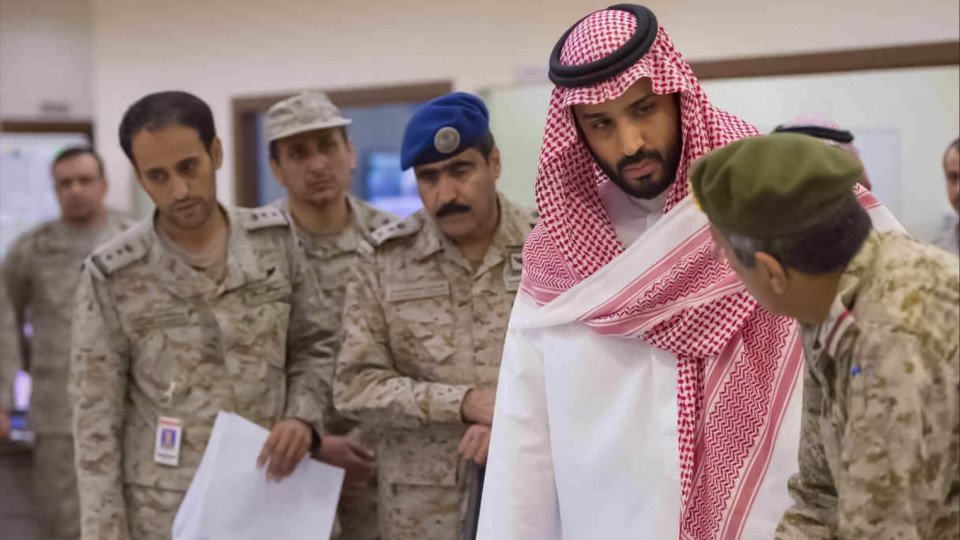 Then enters the coup

This brings to a light a major fact about the coup and Salman as well. Bin Salman is trying to capture control of all internal and external affairs of the monarchy as well as media and extra flow of cash inside the kingdom.

All this has happened at a lightning fast speed and there are many questions to which there seem to be no answers. It is interesting to know that King Salman set up an Anti-Corruption Commission and put Bin Salman in charge of it.

How can someone who is himself not respected the money given by the public for the betterment of the monarchy be in charge of an anti-corruption cell? However, to contradict this, we have Bin Salman’s recent reforms in question as well. Bin Salman has always tried to bring new reforms in the kingdom. From fighting for women’s right to drive in Saudi and depriving his own citizens of basic civil rights to having a disastrous foreign policy while trying to set-up a more modernized society, the man that Bin Salman is quite confusing. 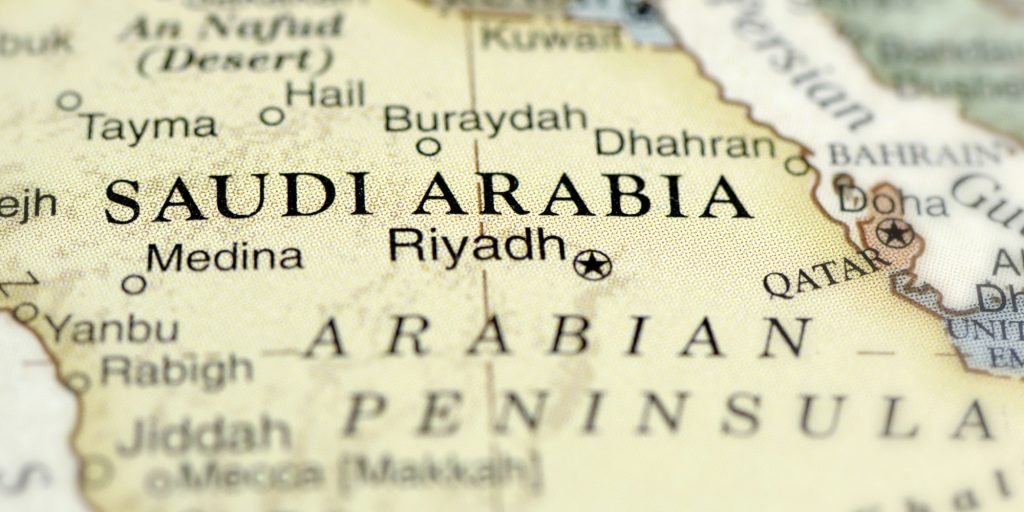 The coup started with the arrest of some leading personalities in Arab. The only catch here is that this time the public has nothing to do with the arrest. The arrests were made only of the high, the rich and the elite class. The persons arrested ranged from the royal brethren to the richest men in Saudi Arabia. The extent of the coup is so much so that there is a travel ban ensued. No member of the royal family can fly out of the country without the Government’s permission. Which is very unlikely that they will ever get.

11 senior princes, several ministers, heads of television stations, heads of the most important military branch and the wealthiest Arabian having shares in Citibank, Twentieth Century, Fox, Apple, Twitter and Lyft have been arrested. 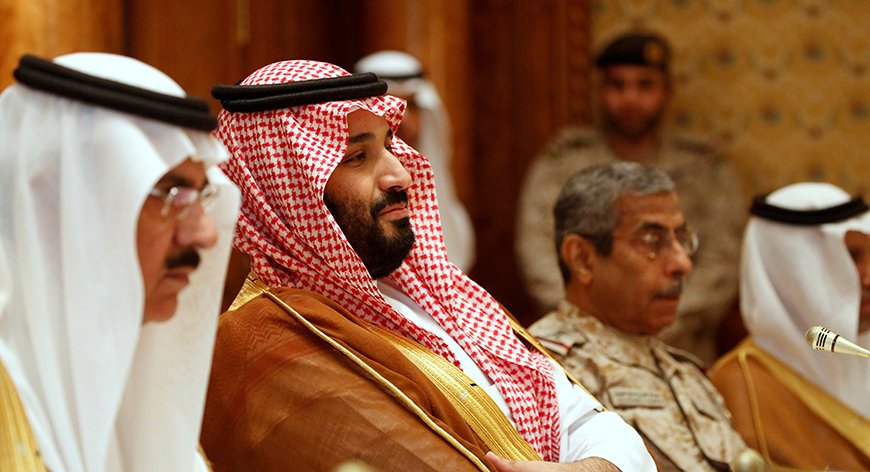 Saudi’s foreign policy has completely blown up. They are engaged in a battle in Yemen which has claimed up to 13,500 lives. 20 million Yemenis need basic humanitarian help to build a life again. Same is with Lebanon and Qatar. Lives have been thrown into major chaos because of Bin Salman’s vision and extremely aggressive approach towards the expansion of the kingdom. The coup is full of loopholes and messy chaos. Saudi’s internal affairs have been of a questionable nature because of its translucent nature. No one really knows or has a clear idea of what exactly goes in the kingdom. It is ranked last in terms of budget transparency. Budget transparency loosely refers to the transparency, citizen participation and establishment of independent oversight institutions. Thus, rendering the citizens completely clueless about the accountability of the money spent and earned.

Imagine the world’s largest producer of oil giving no account of the whereabouts of the money involved! Bin Salman has not even spared his own family members with many prominent names going under house arrest. The most important example of which is of Mohammed Bin Nayef’s house arrest, the cousin of Bin Salman, and his consequent resignation. Which is considered to be an act of coercion. However, reports even suggest that Nayef had become an addict of painkillers and various drugs. The reasons why other members were taken under house arrest have not been made clear. But the reasons seem merely political because whence under house arrest it would be difficult for anyone to get their official statements and then Bin Salman can walk through the media scot free.

How is Donald Trump connected with this situation in Saudi Arabia?

Bin Salman’s major support and ally through all this has been Donald Trump. Trump has shown major support all through in what seems like a consolidation of powers. No clear motives have been identified as of now. A three people committee from the United States visited Saudi for a tour comprising of Trump’s son-in-law, Jared Kushner. Reports even claim that Trump is the major force behind a war between Iran and Arabia which even explains his closeness to Bin Salman Since America and Iran have been in a state of cold war for over 40 years.

For whatever it is, there are many other issues which Saudi Arabia needs to solve at the moment. This bloodless coup has the power to claim more lives than in a war. The middle east needs to reform but not at the expense of war or loss of lives. Until then, let’s see what all Bin Salman has in store for us!

The coup has both critics and supporters of it in the world media. Let us wait and watch.