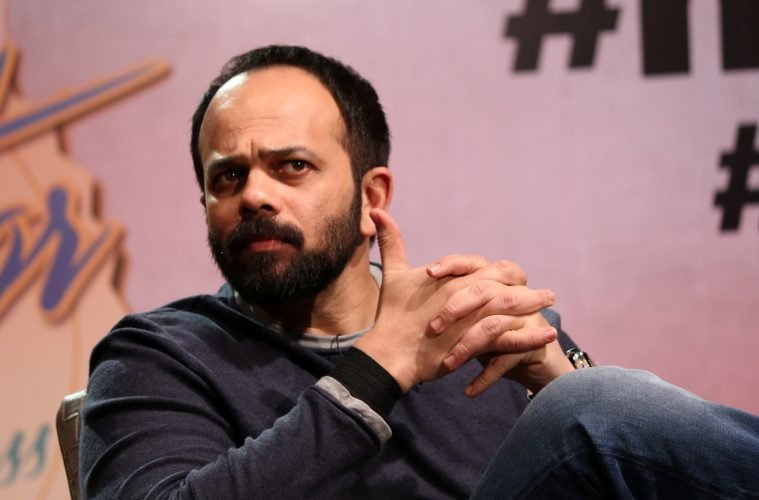 Rohit Shetty is one vowel away from being shitty and his filmography is all the living, breathing evidence one would ever need. Shetty is credited with directing some of the most gloriously phenomenal turds like Dilwale, Chennai Express, and Bol Bachchan among others.

He is well-known for blowing shit up and has a confirmed fear of scripts. He sat on the director’s chair for the first time with an obscure movie called Zameen (2003) which is where he buries every one of his scripts before the filming begins. Since that fateful Friday, all hell broke loose and we are still not over his apocalyptic torturous movies. 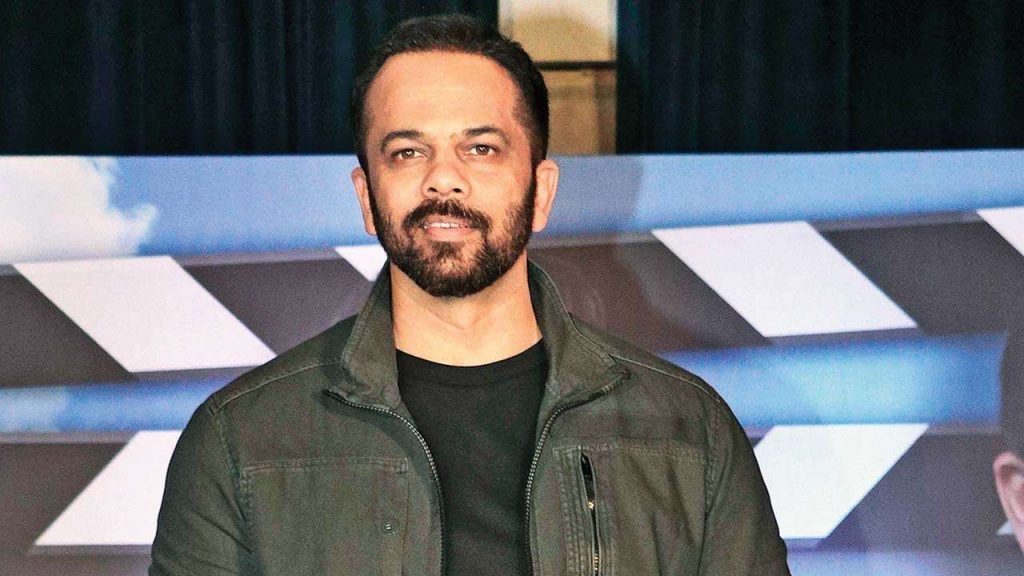 Shetty is also well known for his love for blowing up Scorpios, the National Jatt Carrier, if the leading actor so much as sneezes around one. Cars fly around with such erratic trajectory, it’s highly ironical that he shares his birthday with Albert Einstein, the two opposite spectrums of human intelligence.

His next movie is called Simmba and slated to release this year. So, brace yourselves guys.

The Atrocities of Shetty’s Career

Rohit Shetty started pretty young, at the age of 17. This pretty much explains his lack of respect and sensibility towards the sacred science of Physics. He worked as an Assistant Director in a few Phool Aur Kaante (Ajay Devgn’s debut), Suhaag, Zulmi etc. Working on such brainless classics and disaster cinema is probably where he was introduced to Ajay Devgn (he was a Devgan back then). He worked with Anees Bazmee, who was famous for making whacky comics like No Entry and Welcome.

Shetty’s directorial debut came with Zameen (2003) which starred, unsurprisingly, Ajay Devgan along with Bipasha Basu and nepotism’s brand ambassador, Abhishek Bachchan. But it was with Golmaal: Fun Unlimited (2006), that Shetty finally found his calling. Golmaal was a hit and catapulted Shetty’s career. He followed the hit with Sunday (2008), a supposed comic-thriller (it was neither). The success of Golmaal led to a few more traumatizing iteration that shows no signs of stopping anytime soon.

Besides Golmaal, the various sequels of which constitute half of Shetty’s filmography, he is also responsible for some of the most painfully obnoxious titles like Chennai Express, Bol Bachchan. It’s all very nauseating, the images of those awful movies.

Shetty also stayed away from his signature crass-comic movies and tried his hands on Singham (2011). As he tasted blood with this one’s success, it was only a matter of time before he returned with an unimpressive sequel, ingeniously named Singham Returns (2014). 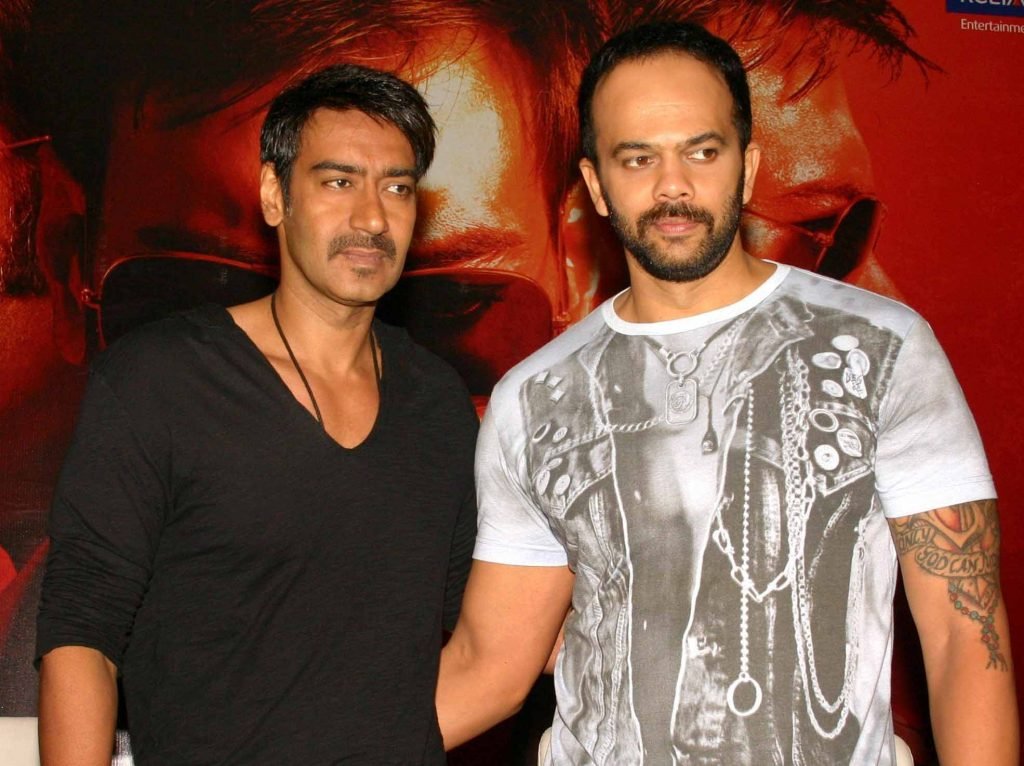 Rohit Shetty’s attempt at making a sorta realistic and kinda serious movie fell flat on its face with his directorial debut, Zameen. He waited 3 years to finally come up with a half-decent comedy in Golmaal (2006). After assembling the troops for the movie, one of the best decision of Shetty’s entire career was to mute the awful Tusshar Kapoor, who still managed to mark his presence with a nauseating screen time.

Golmaal was, in fact, a well-balanced comedy flick. He avoided the over-the-top crass comedy, to his credit. The story, although based on an unintelligent premise, paced smoothly. The right amount of jokes, at the right time. The four-seater bike was a great gag. The Black parody was another.

The success of this movie, however, opened a Pandora’s box of unwanted sequels that were a clear attempt at prostituting the first movie to buy audience and box-office collections for 3 more iterations. They were like desperate attempts at squeezing out the last droplet of the ketchup. Following the 2006 flick, we had to bleed through Golmaal Returns, Golmaal 3 and Golmaal Again, the non-linear nomenclature, a clear homage to the remarkable lack of creativity and effort that went into making the movies. 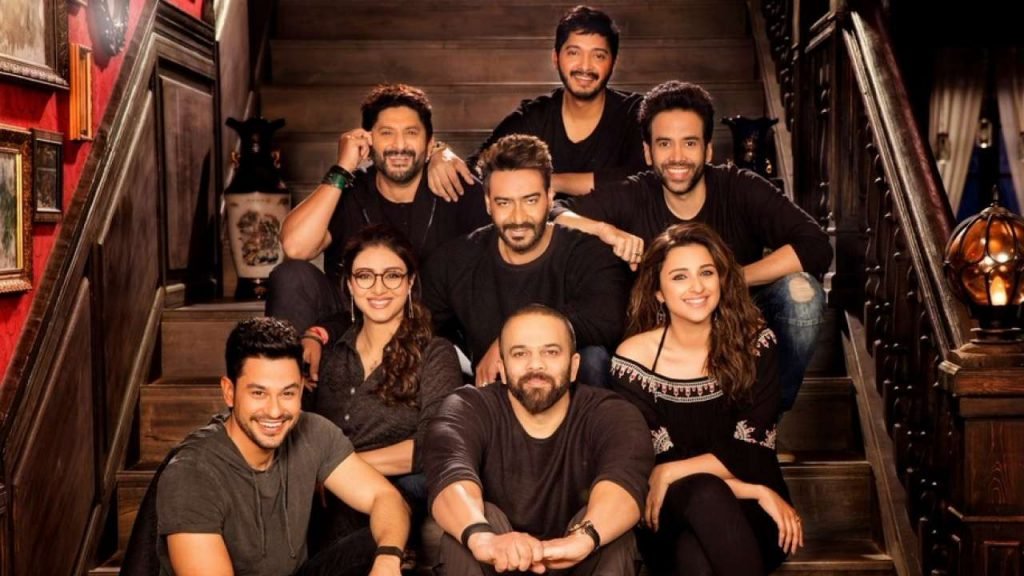 Rohit Shetty, thanks to the flawed assumption of his comedy flair, went onto inflict movies to hijack human intellect. He roped in Shahrukh Khan to kickstart the annihilation of his career with Chennai Express (2013). The movie bombed at all creative aspects, which apparently was what the Indian moviegoers wanted. The unfathomable success of such a disaster and assault on the brain eventually became a template for making a high-grossing movie thenceforth. Rohit Shetty and SRK collaborated again with Dilwale (2015).

Besides his attempts at comedy, Rohit Shetty also tried his hands on an action-thriller called Singham (2011) followed by Singham Returns (2014). The original flick became known for Prakash Raj’s villainous role, with a penchant for situational comedy in an otherwise laidback movie. Singham also established Shetty’s love for blowing up Scorpios and the slick, over-the-top action sequences.

With this movie, Shetty famously kicked gravity in the balls as he went on to establish himself as the sasta Michael Bay.

Despite his flaws, Rohit Shetty should be commended for employing some actors with the lowest possible employability index mainly the likes of Tusshar Kapoor, Shreyas Talpade, Abhishek Bachchan and TATA Sumo. As he extends his empire to engulf that of Ranveer Singh next, with Simmba, it’s only a matter of time before the advocates of logic and realism in Hindi cinema are ousted in favor of pointless movies.