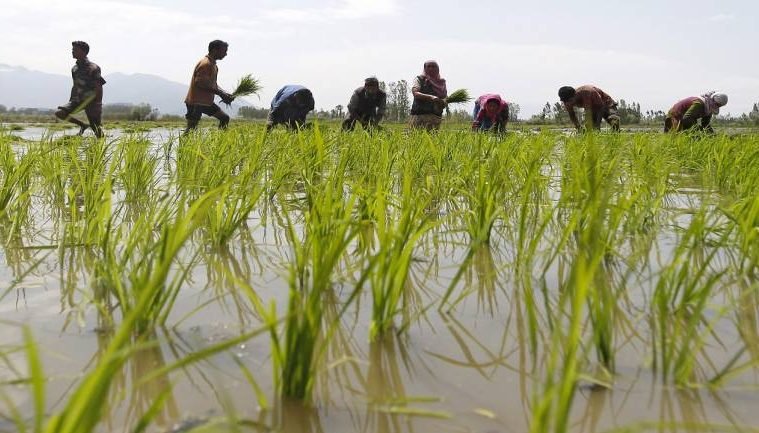 The Truth Behind Farmer Loans Waiver

“Agriculture continues to be the driver of rural economy – Piyush Goyal, Interim Budget 2019-20”. Farmer loan waiver has always been a big part of populist sops in our country. In a nation of farmers, where still more than half of the population is dependent on agriculture, indebtedness and farmer suicides have become pre-eminent issues. The sane direction to take in this regard would have been a complete overhaul of the farming sector. you would want to ensure that each farmer, from the smallest to the largest, gets an equitable deal.

What Are We Doing?

The trend in fact, has been otherwise. The forces of populism and the greed of few quick votes have caused successive state and union governments to give loan waivers to farmers over and over. But, this basically works on two levels. As loan waiver on national level would cause a great fiscal burden, the union acts through the states it rules. At the same time other regional parties do the same. Usually as a ramification of bad monsoon, drought season, bad irrigation or general bad agricultural practices cause farmers to default on the loans they take for the growing seasons.

These loans may be for a myriad of reasons, such as – seeds, fertilizers and livestock for secondary agricultural production. Now we must also keep in mind that government is already giving subsidies on seeds, fertilizers and even announcing the MSP or Minimum Support Price for individual crops. The question is, despite these subsidies and sops, what goes so grossly wrong each year?

What Is Indian Agriculture?

For this we need to understand the basic nature of Indian agriculture. India had a culture of massive landholdings called Zamindaris in the colonial era. Post-Independence, these land holdings were broken down and distributed to landless share-croppers and laborers under the Land Acquisition and Zaminadari Act. It was done as a fundamental right under Article 31 of Part III of constitution (abolished under 44th CAA). Now the tragedy in this triumph became apparent in the size of the land holdings received.

Any amount of intensive farming may or may not provide enough produce to help pay for the next growing season. Coupled with corrupt MSP system and general exploitation of farmers by moneylenders and banks. This has led to an alarming trend of suicides by the indebted farmers. A spate of the same was seen in Vidharbha of Maharashtra and other parts of India.

As with any socialist institution in our country, farmers also have a union. This has put tremendous pressure on state and union governments to act on the farmers’ grievances. Their response has ranged from Bhavantar scheme for MSP in Madhya Pradesh to sops and benefits to s NBFCs and Cooperative banks. But unless major structural overhaul is in the works, none of this is going to have impact. In an effort to gain a few votes pre-election, the outgoing governments or a new government usually resort to farmer loan waiver. Now this has massive fiscal ramifications.

What is Wrong With It All?

Firstly, it upsets the fiscal environment in the state. It drives up the state fiscal deficit. This has a domino affect of sorts which upsets the financial balance of the entire state. This consequently reduces the money available for the state government to issue as borrowing bonds, which apart from direct and indirect taxes, is a major source of income for the state.

It also has to be derived from the tax-payers money, and hence it reduces the liquidity available to the government. Even though, the Economic Survey and NITI Aayog report on fiscal deficit of the states reflect and overall downward trend in the deficit. This is incidentally owed to the massive cash reserves with the states. Overall, this cannot be the way forward. In the long-term farm loan waivers is unsustainable.

In the recent interim budget, the announcement of PM Kisan Samman Nidhi Scheme was done. Under which farmers owning up to two hectares will get Rs. 6,000 per year. The money transfer will be directly to accounts, in three tranches. Now some may say that this amount of money is very less. However, we must keep in mind that this scheme is for small farmers, who incidentally have been hardest hit by rural distress and indebtedness. Such schemes which address the root cause of rural crisis in India are the need of the hour. 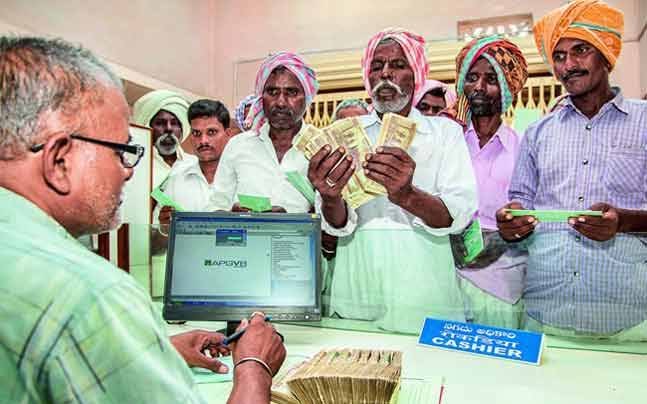 The main cause of taking debt by the farmers is the lack of a regular, assured income throughout the year. Case in point can be Western Uttar Pradesh. In recent town-hall in Meerut district by Rajya Sabha TV, threw some glaring points. The scheme is winning support from the farmers. But they highlighted the fact of regional disparity.

There Is More Down-Side To This

In a region with predominant Sugarcane growth, the farmers are hand to mouth. Sugarcane is a cash crop and hence its not covered under MSP. This requires farmers in the non-growing season to grow food crops in the inter-crop season. Or better, invest in Secondary Agricultural activities. This scheme provides relief from two major obstacles. First of all, the institution of Sahukaars or moneylenders has been hit. They usually would exploit the farmers the worse and push them into a debt-trap. Second, it enables the farmer to use his savings for the next crop season instead of dipping into them for bare survival.

The truth of farm loan waiver is ugly. It may be a popular option to gain a few votes now. But it is a very bad fiscal decision in long term.