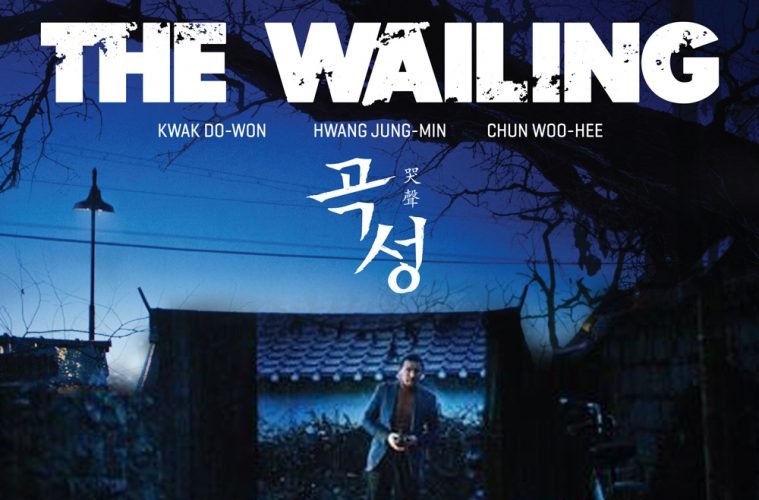 The Wailing – A Horror Movie Unlike Any You Have Watched

Ever thought what it is about horror movies that gets us all so excited and curious? I have seen kids, girls and grown men buying tickets for horror movies with equal enthusiasm and then screeching in different accents and languages all through the movie. Why do we pay for being tormented like that? Movies and almost all art forms were brought to existence for inspiring the audience and sharing emotions which are impossible to share through conversations. Right? Well there’s more to it. We crave for things which stimulate us. Our inner desires and all of those emotions need some stimulus occasionally to brush up our receptors which were put in place to perceive the world in more ways than we can count.

I would love to introduce you to this beautiful piece of Korean cinema which I recently came across. It was released in 2016 and the list of the awards it has won is huge. The movie got nominated and won awards for Best Director, Best Actors, Best Screenplay and Best International Film, to name a few. The movie deserves all the hype associated with it. Let us take a look into how this movie has created a benchmark in the industry of storytelling.

Majority of the movies follow a simple rule of not confusing the audience. They tend to serve the plot on a platter to the audience with a manual. This rigid approach makes the movies very predictable. So once you have keenly observed the intricate details about these movies, you reach a point in life when you can easily figure out the entire plot with just the initial few minutes of a movie. The experience is obviously ruined. You feel you would be wasting your time if you continue watching that particular movie.

The Wailing does not ruin movie watching experience for you.

The screenplay shows us small details which are easy to escape the unobservant eye. The movie has a very progressive momentum. It starts off with the pace of events which portrays as if the characters live a monotonous life. But slowly and steadily it starts to pace up, giving the audience a thrill of their lifetime. The characters are very relatable unlike other movies. In most of the movies nowadays you will witness characters who are larger than life and there are duels of dragon ball z’s proportions. Here if you are lucky you might be able to figure out who the real threat is, before he attacks. That is how harmless and unsuspicious all the characters are portrayed to be. 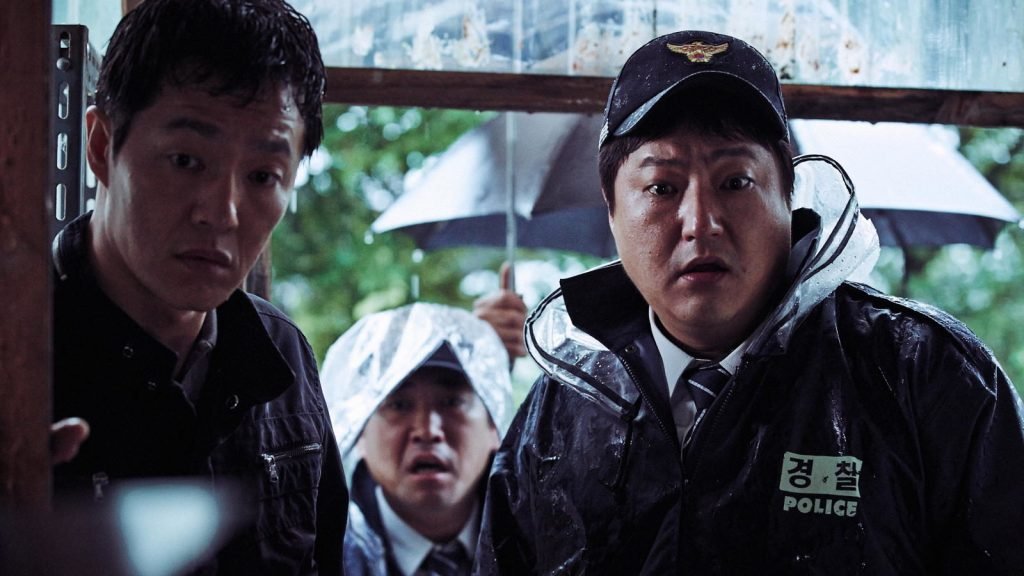 The movie follows the quest of Jong Goo as he searches for the cure to the bizarre ailment of Hyo-Jin (his daughter). She is said to be possessed by an evil spirit. All the fingers are pointed at a stranger who has been reported to be around the area where some ghastly murders were committed, but disappears just as mysteriously as an apparition. Rumors are doing the rounds that this Japanese man eats human flesh and lives in the dense forest. Only a few have survived to share these horrors.

The detectives are clueless about both, the murders which were committed by people who were possessed and those who have survived these murders but are infected with some alien virus. Where should they start piecing up the puzzle? They have only one suspect but no motive and no evidence against him. Those who claim to know some information about this strange Japanese man are unreliable. After coming across multiple cases of the similar nature the detectives were certain only about the series and the chronological order of activities which would occur. Someone would start behaving obnoxiously after purportedly coming in contact with the Japanese stranger, then he/she would run amok. Later on he/she would be infected by the unknown virus and would eventually die.

What can poor Jong do? He realizes that his daughter is following the same pattern of activities. According to the pattern, it is clear that his daughter would die if he does not do something. In act of desperation he musters up all the courage he had and attacks the Japanese man. On the other end the grandmother of Hyo Jin brings in a Shaman to cast the evil spirit away. This Shaman during his rituals, explains that the Japanese man is a ghost. He explains that in order to stop him he had to continue rituals which run parallel to the Japanese man’s rituals to save his life.

Till the end of the movie you will not be able to gauge who is on the right side and who isn’t. Under the layers of all this horror and suspense, there is a very strong message. You have to put on your thinking caps to find out what is going on. It may seem pretty simple initially, but it isn’t. Also, you can’t reach there until and unless you have observed the movie with an unbiased perspective. Let your experience of guessing the true mastermind antagonist be challenged. Only then can you prevent that unsettling doubt of what has happened. were the characters just pawns playing their parts powerlessly? Who is Moo-Myeong? Is that Japanese man a ghost as others claim or is he just an innocent man who has been entangled in so many false rumors that he could be killed for that?

Watch the movie to find out.