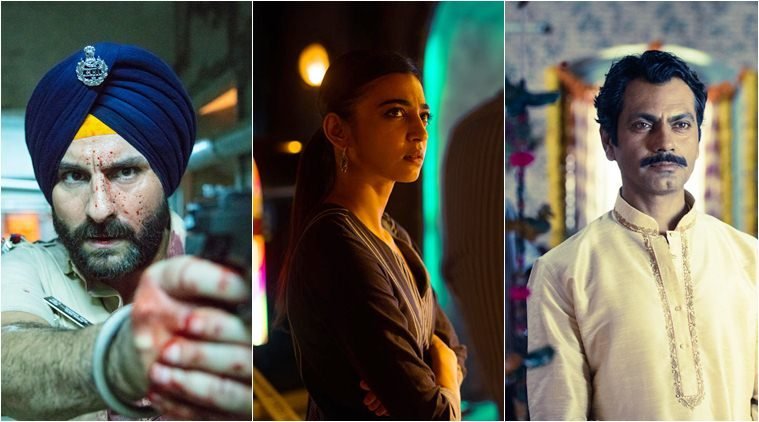 There Is So Much To Sacred Games; Let’s Start Here

Unless you are on a social media cleanse, you have been bombarded with stories and status updates of people watching Sacred Games, for sure by now. It is one of the seven Netflix originals from India. Hence it is definitely a suggested watch.  Based on the 2006 novel of the same name by Vikram Chandra, the series is made up on eight 1-hour long episodes. It is a ballpark figure, of course, but there is something about condensing a 900-pages long read into 8 episodes that intrigued me, to start with.

The series has been ridding on hype, from the start. This hype exists partly due to the content and partly owing to the intent. Adapted for the screen, by the writers team of Varun Grover, Smita Singh and Vasant Nath, and executed under the direction of Anurag Kashyap and Vikramaditya Motwane, the series promo made us believe we can expect it to be something different. We anyway always want something that breaks the cliché of every gangster movie the Hindi film industry has come up with. But is Sacred Games really what we expect?

The story is based on the archetype police-gangster equation. There is a chase, there is politics (loads of it), and there is reams of emotional parkour. Like any perfect crime thriller, we do not grow attached to the characters, we try to decode them.

The opening is promising instantly: Inspector Sartaj Singh (Said Ali Khan) is neither a hero, nor an anti-hero. And this is the first positive of the series, for me. I breathe with relief as I proceed further. I am amazed at how real the portrayal is. How humbly the devil is resting in the details. The raw and real delivery comes at a cost I am willing to pay. It is hard to keep up with a few scenes but I remember it is a thriller and any detail could be important. Ganesh Gaitonde (Nawazuddin Siddiqui) almost becomes the typical gangster, but he has lived a life. He knows grandiose villainousness is not the goal. Yet, he has an important duty to the plot: he has to incite his antidotes into action.

The emotional parkour is off the charts. And I don’t mean it in terms of the obvious emotions you want the crime-doer and crime-fighter. Every scene reeks of the emotion it is presenting: lust, anger, frustration. These emotions dominate my small laptop screen – and they are powerful enough to be of actual consequence in my analysis of it. My knowledge of the length of the book does not help. I keep micro-analysing each character, their gestures and expressions to see what they are. You might want to avoid this, but even if you do not, you will not be disappointed.

There is a method to this madness

At several points in the show, I found myself pausing to reflect on how convincingly the actors portray the characters they are playing. Saif Ali Khan is a surprise. He convinces me every time he says Bhenc**d that he is the frustrated Sikh in Mumbai. I try hard not to believe that this is the same guy who has carried just one flirtatious personality through a decade worth of movies. But he delivers. He is in good company, too. Radhika Apte, Nawazuddin Siddiqui, Kubbra Sait are flawless in their delivery. 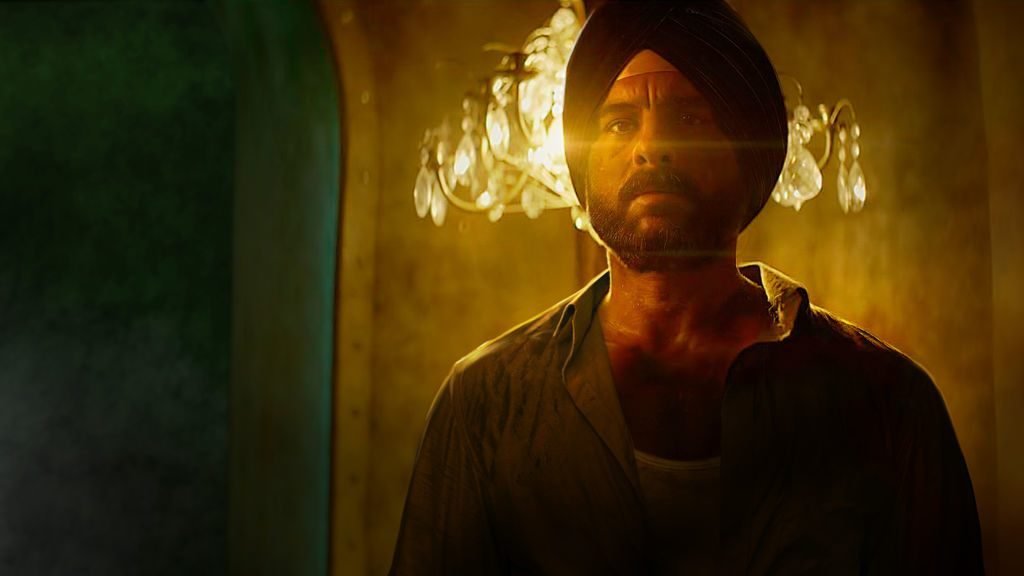 The writers have picked up the novel and sieved through it to keep the viewer on toes. I don’t remember being so consumed by a story that for the 51 minutes of the episode I dared not look another way. And that’s another positive for me: it doesn’t leave any scope for distractions, keeps the uncertainty breath to breath. And yet, it doesn’t make it obvious for even a moment that it wants to be a masterpiece of a thriller. No fancy background music to reach climax. It is the real deal- with all the crime and grime of Mumbai city. It is a layered (I think we have to give the credit to the book for this) contradictory, rash and fragile all at the same time.

And then there is my favorite part: people have a back story. Like every epic gangster story, both the supposed hero and anti-hero bring out their stories. There is a lot of India in it too. It takes an immersive look at Bombay. The show calls Mumbai the city of dreams and then subverts the stereotypes that dreams carry – and then gets real. It gets too real, and words cannot describe how refreshing it is to see such an explosion of reality on screen. So worthy of the eight hours.

A series on Netflix: Does it matter?

As a matter of fact, it does. The fact that the series has been commissioned by and released over Netflix is an instrumental factor in making this series the masterpiece that it is. Ganesh Gaitonde is a gangster who potentially deserves more tales of his own. I would watch the hell out of what Gaitonde has to tell about his escapades. If the creative freedom of Netflix can offer me ‘adventures of Gaitonde‘, I would binge-watch them too.

And if I were to underline the rave review with one parting thought, it is this: in the era of #MeToo and a crumbling culture of hero-worship, this is a piece of cinematic fiction that can claim proudly: even as the movie meanders through salty and caustic dialogues and plot turns, no humans were a-salted in the making of this movie, except the ones troubled on the screen by Bunty.