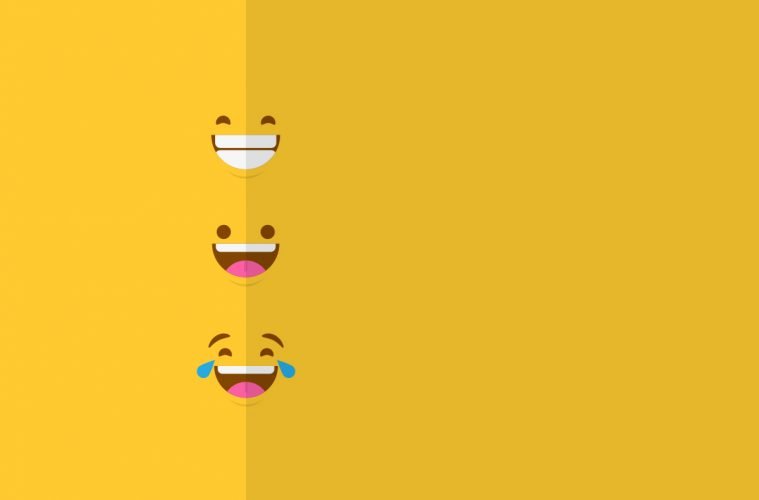 As the huge bulky TV sets are set aside, the new sleek, sexy, mouth-watering platforms for video sharing like YouTube, Hotstar, Prime Video, Netflix and whatnot have taken their place. This new wave of creative freedom from the brainless executives has led to a fresh stream of entertainment – one that is relatable AF. Comedy has a new name now.

In addition to that, it has given us some of the most skillful and impeccable masters of comedy. There some incredible performers getting a platform across the YouTube ecosystem. There is no visible pretense of acting. Just the raw, real emotions.

We have tried to list a few of these actors with an impeccable affinity for comic timing. 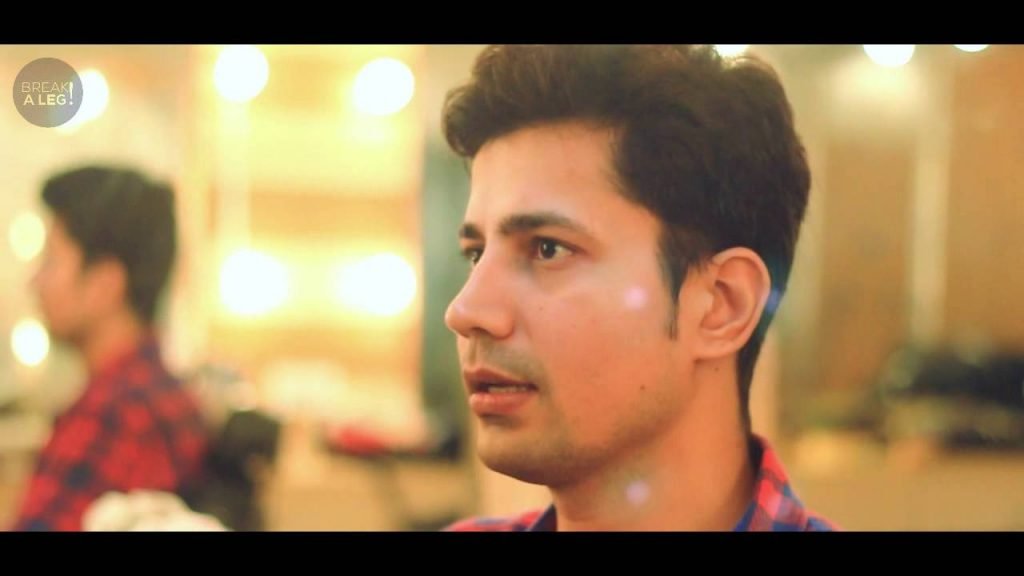 The current poster boy of Indian web series, Sumeet Vyas became a household name, thanks to the pounding TVF feature Permanent Roommates. Moreover, the sequel added an additional flavor to his popularity as well. Besides Permanent Roommates, he stole the show in TVF’s Tripling which he also co-wrote.

Starting with a few dramatic roles early on in his career, Permanent Roommates gave us a glimpse of Vyas’ comic prowess. The comedy originates from the usual tussle associated with any relationship and Mikesh’s failed attempts at pacifying the exasperated girlfriend, Tanya. 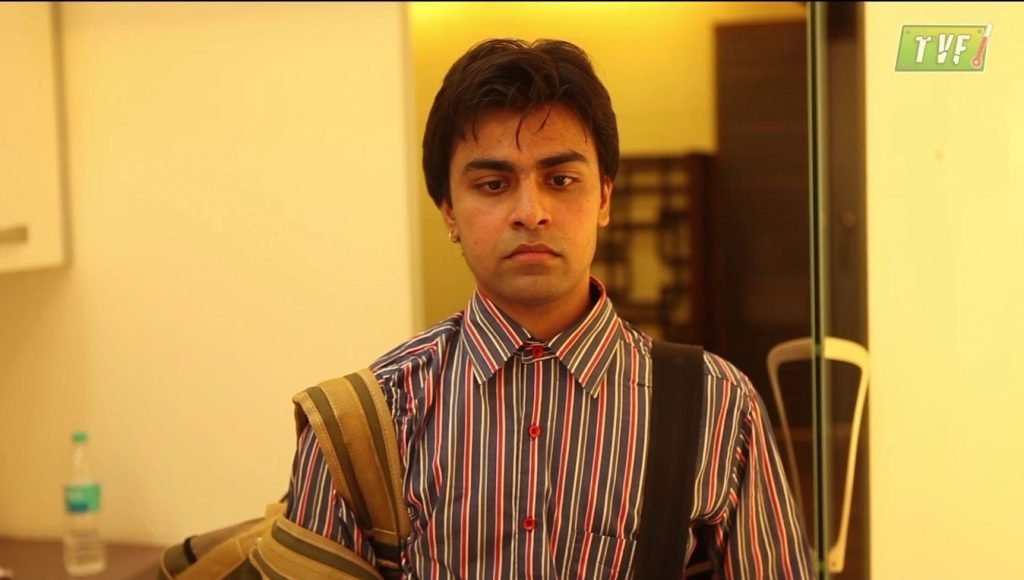 TVF’s prodigal son, Jeetu (as he is commonly known), is easily the most recognizable and memorable face in Indian web series currently. A comic mastermind and an ‘actor’ in the truest sense, he is also the most over-worked actor in TVF’s roster. Jeetu has been a mainstay of the popular Pitchers and Tech Conversations.

We were introduced to his jaw-dropping acting chops in one of the very early shorts of TVF – Munna Jazbaati. Moreover, Jeetu’s on-screen portrayals seem like an extension of his own personality instead of being a pretentious new character born out of research and stuff.

One of best fake Arvind Kejriwal as well, Jeetu is the comic relief and a breath of fresh air every second he is on air.

He rose to fame with one of TVF’s early viral success “The Rowdies” where he played a double role spoofing Raghu and Rajiv. Apart from that he won our hearts as the likable, Suppandi-esque simpleton cab driver Purushottam in “Permanent Roommates”.

Mishra ji also excels behind the camera as well. He’s credited with helming the “Permanent Roommates” ship, and TVF’s “The Making Of…” series. 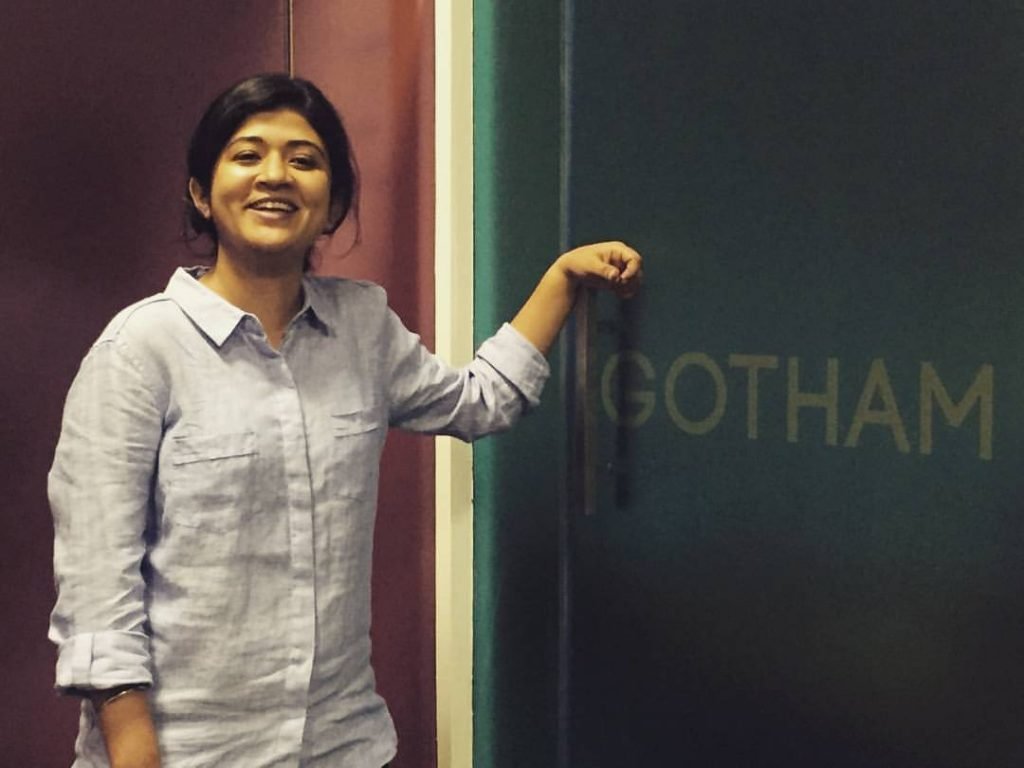 Safely one of the mainstays of the TVF fraternity, Bisht is the casting director, writer and actor with a relatable and tickling comic timing. She mostly appeared in occasional TVF sketches as Caller Naina, in Chai Sutta Chronicles and a few other sketches. Moreover, she plays the titular character in Bisht, Please chronicles of her own struggles in Mumbai.

Nidhi Bisht was also the only casting director in the core team of TVF. Over the years, she’s given us some amazing comedians/actors. 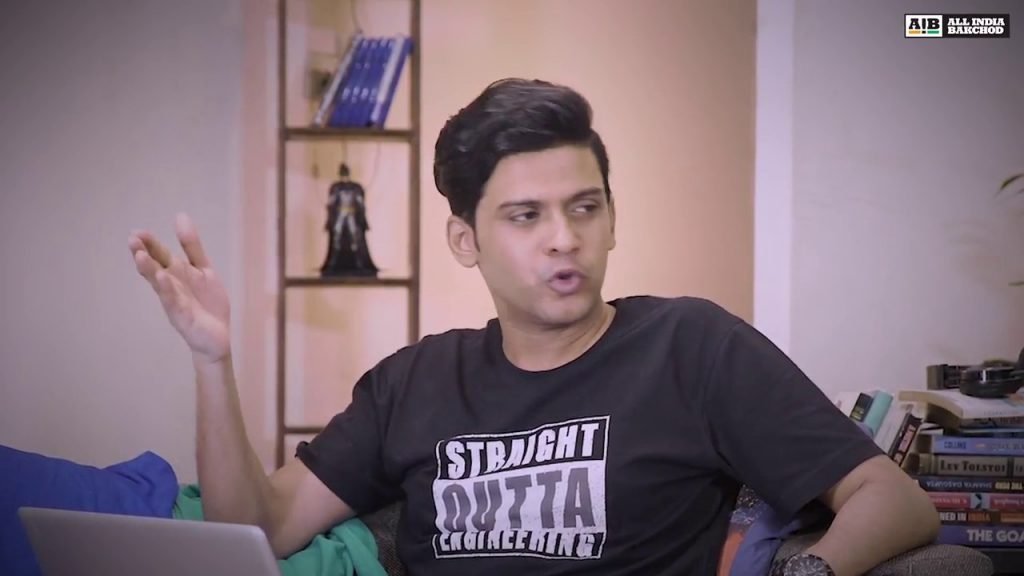 Now here we have AIB’s poster boy. Naveen, an engineer turned actor, played the Average Guy in AIB’s Honest Engineering Campus Placements. He won our hearts with a well crafted monologue in the end. Moreover, he has also won accolades for a few other AIB sketches as well. 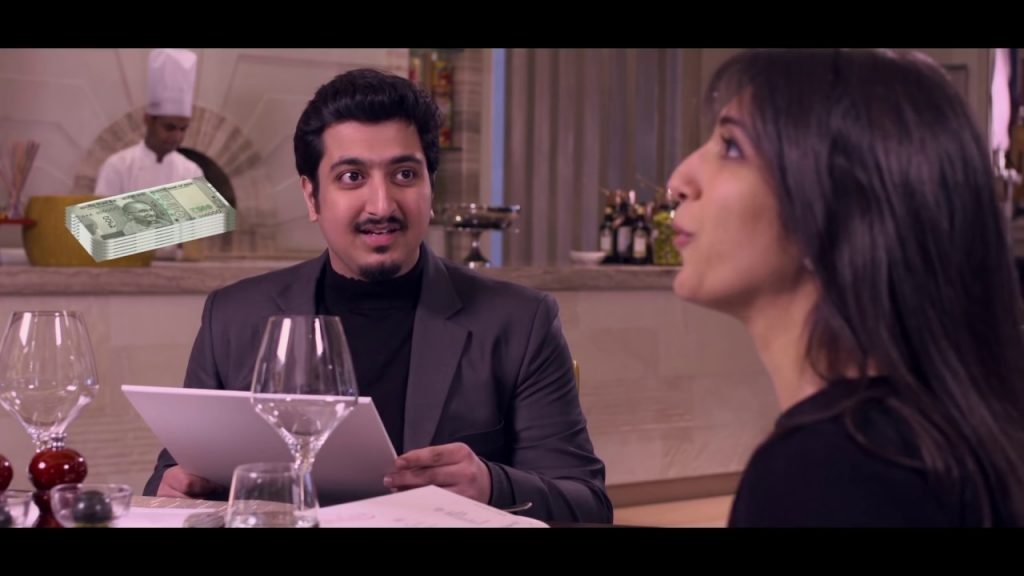 Probably one of the most educated youngster in this list, Pranay is a post-graduate from London Academy of Music and Dramatics Arts. Moreover, he has an excellent repertoire as a writer, director and actor.

He played the loveable and affectionate Haris in the popular web series Baked. His meek and pushover portrayal added another dimension in this light-hearted web series. 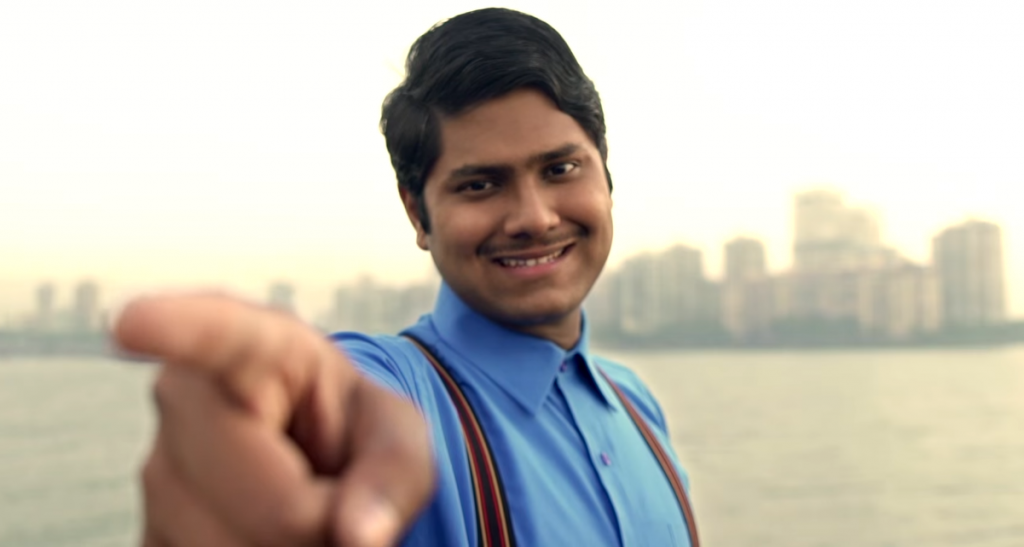 A talented extrovert (at least the characters he plays are), he’s mastered the subtle art of not giving a fuck, evident by his sketch “Panis”. He shined through as the slightly slow on the brain Jerry Pinto in the Office-esque web series “Better Life Foundation”. He’s a natural actor, with a knack for performing humour which is an incredibly tough task in reality.

He’s currently working with AIB and has made his mark in plenty of sketches like the “Honest…” series, “The Day India Resigned” and more. 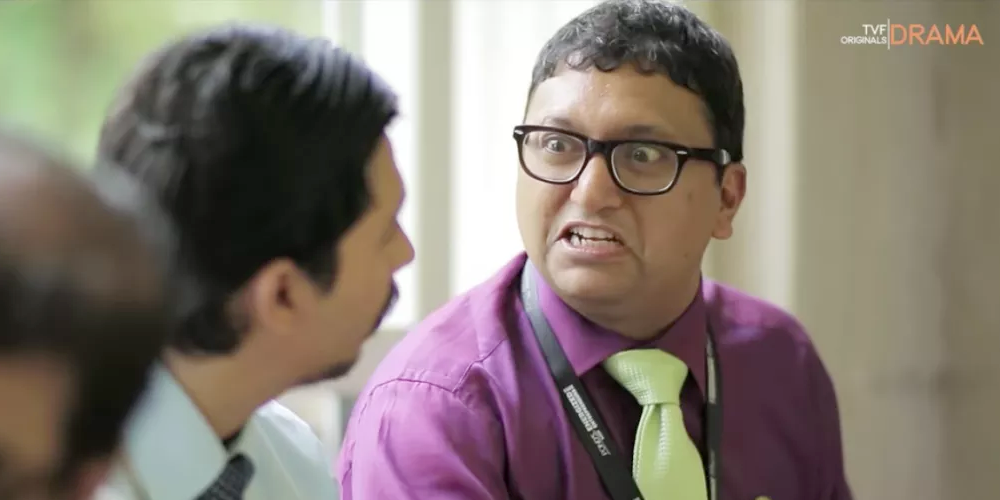 Gopal Dutt is one of the most remarkably gifted comic actor. A testament to his skills as an actor is the fact that he is a graduate from the National School of Drama (NSD). He’s tried his hands at a few Bollywood movies as well including Tere Naam and his most recent work in Filmistan.

But it was the modern age platforms of web-series that made him a well-known personality. He rose to fame with Pitchers playing the adorable but wicked Rastogi. He’s sought after by both TVF and AIB. He recently appeared in Arre’s Chukyagiri. 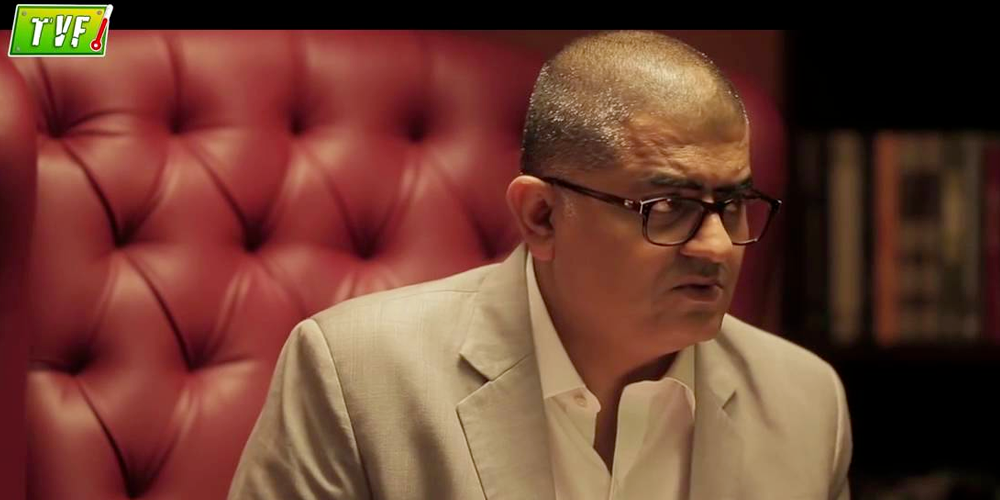 Everyone’s favourite uncle, Gajraj Rao has taken over the web-series scene starring in TVF’s Truth or Dare, Tech Conversations With Dad, the mini-series F.A.T.H.E.R.S and many more. His comic skills as the typical Indian dad are on point and never fail to amuse.

Besides the web-series, Gajraj Rao boasts of an extensive resume of Bollywood credits having been part of Talvar, No Smoking and Black Friday among others.

The era of YouTube web-series has just begun. This is the future.

Slowly and steadily, a lot of brands have started taking this mode of entertainment seriously. Thanks to this, we have talents like the ones mentioned above taking the stage.

It is not just Bollywood anymore.