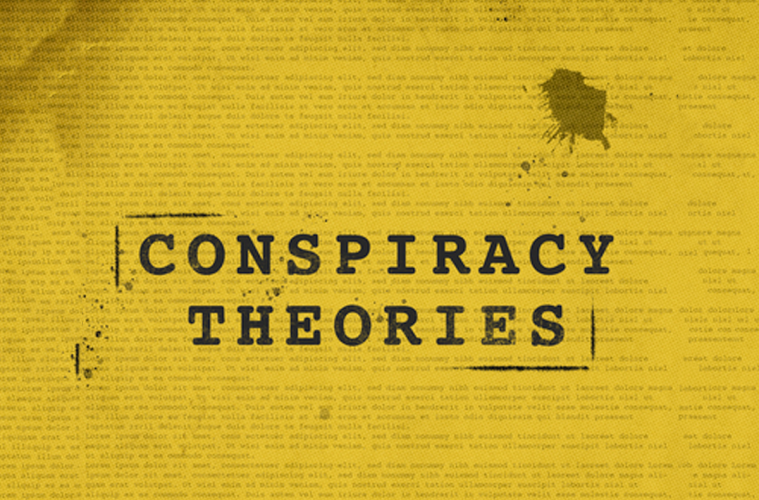 These 8 Dumbest Conspiracy Theories Will Surely Leave You In Splits!

There is quite the argument to be made against the usage of the word ‘dumb’ to describe a conspiracy theory. After all, aren’t most conspiracy theories kind of dumb? Sure, every now and then one of them may come true, like the existence of Area 51, but most theories sound like the ravings of an inebriated man who is also high on cocaine.

In case you want examples, let me remind you that we live in a world wherein there are actually some people who believe the following:

2. The Moon landing was faked.

3. Queen Elizabeth is a cannibal (would not surprise me tbh)

Crazy, I know, but one may consider this the dark side of freedom of speech and expression. But say what you want to about the said theories, they are entertaining as fuck. The amount of mileage the entertainment industry has got out of all of these crackpot theories is nobody’s business. You have all seen The X-Files; you know what I am talking about.

Thus, in that vein, we bring to you our list of the 7 dumbest conspiracy theories ever…theorized? I might have the wrong verb over there but who cares anyway. Also, bear in mind that these are the dumbest ones we could FIND. I am sure there are a million more where these came from and boy would I not want to know what they are.

A team of archaeologists from the University of Cairo discovered some hieroglyphics that depicted some really long-necked animals that strongly resembled dinosaurs. This led the leader of the team, Nabir Ibn Al-Sammud, to believe that dinosaurs actually existed during the time the pyramids were built.

The Egyptians managed to tame these animals to perform menial tasks such as lifting huge stones and such. This may sound plausible, in a very insane Doctor Who kinda way, but there is a lot of evidence against this, the primary point being the fact that dinosaurs ceased to exist long before Egyptians came around.

2. Yoga is a form of satanic worship

You may not be blamed for thinking that this is true. Frankly, anything that asks me to be awake at sunrise is nothing short of Satanic worship. But hey, that’s just me.

All jokes apart, there are actually a lot of people who believe that the poses of yoga open one up to demonic possession. Pastors have gone on record with stories of people who ‘escaped possession by demons’ when they left yoga and turned to Christianity. We all know that yoga is of Hindu origin and thus, mostly harmless apart from those ridiculous stretches.

However, watching Baba Ramdev has made me rethink this one.

3. Obama can control the weather

Yeah, if only he could control the storm that’s currently in the White House.

Now how did this one come to light? Obama’s re-election of course! Hurricane Sandy took place around that time and once it was over, many accused the Obama administration of using electromagnetic waves to manipulate weather conditions. The conditions resulted in a rather favourite climate for him, as far as the election was concerned.

This has led many to believe that Obama relies on weather control to win elections. Quite a stretch, if you ask me because he could have easily done it by being racist, grabbing women’s vaginas and calling CNN fake news.

4. Most of our world leaders are space lizards

That explains a lot about Justin Trudeau’s recent visit to India.

12 million people, according to a survey conducted in America, believe that most of our world leaders are reptilians i.e. lizard people. Yeah, that doesn’t make sense to me either but 12 million is a very large number.

Notable among them is a man named David Icke, who honestly believes that Queen Elizabeth is an alien who can shape-shift and drink blood to sustain its own life. It sounds insane, as you probably agree with, but I guarantee you’ll never see Her Majesty the same way again.

5. Denver Airport is hell on Earth

Any person who travels a lot will tell you that ALL AIRPORTS are miniature versions of hell. If you don’t believe me, try going to any place during the holiday season.

But you really can’t blame people for thinking like this. The Denver airport is replete with weird pieces of art and some really strange decorations that nobody understands. Understandably, that has led to loads of speculation. One particularly nasty piece of art is the huge horse with fiery eyes, which as the story goes, fell on its artist and killed him. Creepy, right?

That isn’t the only conspiracy theory associated with the airport though. People believe it was built by Nazis, some think it has apocalypse bunkers beneath it and someone even pointed out that an aerial view of the airport depicts the resemblance of its design to a swastika. Yikes.

6. Beatles did not exist

Oh no, this is not one that can be forgiven. But it does exist, my friends, there are people who believe that one of the greatest bands of all time simply never existed. They claim that they were ‘clones’ or ‘body doubles’ or some stupid shit, frankly. If I had to take a pick, then this would be the dumbest conspiracy theory on our list. You can check out the website if you want.

The Schomburg Center for Research in Black Culture is probably something you’ve never heard of because you probably live under a rock and have no idea of what’s happening in the world.

Anyway, this particular research unit discovered a picture from 1933 and posted it online. The picture is of an African American who bears a terrifyingly striking resemblance to our very own Shawn ‘Jay-Z’ Carter. The moment the picture showed up online, people reached every obvious conclusion – that the famous rapper is actually a time travelling vampire.

Much logic. So conspiracy. Wow.

8. Saddam Hussein’s Alien Star-Gate was the real reason the US invaded Iraq

I am sorry about this but this was too golden not to include on this list. That one sentence contains everything you need to know.

According to conspiracy theorists, Hussein was the owner of an alien star-gate that really scared the West as it would give him access to all sorts of stuff. Thus, the West decided to invade and either destroyed the stargate or have currently kept it to themselves. Whatever may be the reason, the fate of the gate is unknown. As it turns out, oil was just an excuse and a smokescreen for the REAL reason Bush invaded Iraq.

Hmm, now where have we heard something like this before?

Now that the loss is over, how should I end this article?

By telling you that this is just the beginning of all the crazy that’s out there? Or by dropping a hint about how some of these theories are so crazy that they might be real? Oh wait; I know what I should say.