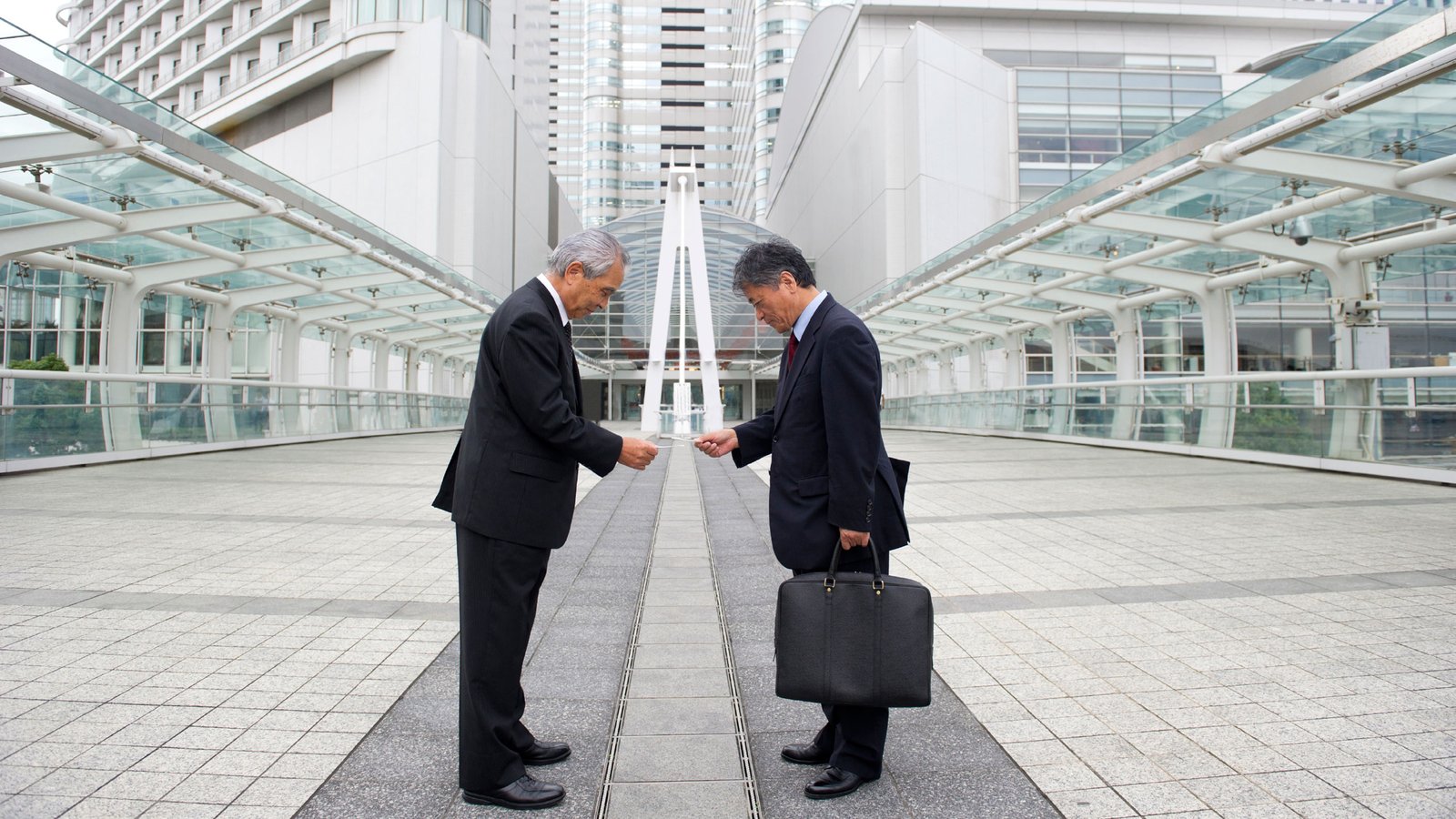 The rise of Japan to an economic superpower after the second world war is extraordinary. It is an island country that is 70% rocky terrain and volcanoes and highly prone to earthquakes. Add to that Hiroshima and Nagasaki have survived one of the biggest man made catastrophes in the history of the earth. What then is the secret to this nation’s whirlwind progress? So much so that, they are taking on countries exponentially larger.

We often hear of the “Japanese Work ethic”. Utmost discipline combined with a heightened sense of respect for hard work and voila! you have it. People in developed as well as developing countries try to emulate this work culture.

The concepts of Bushido and Gambari

Bushido, in its true sense is the codified way of the life of a Samurai. A much better parallel however, would be the “Kshatriya Dharma” envisaged in ancient Hindu texts. Nitobe Inazō wrote a book on Bushido “Bushido: The Soul of Japan”. In that he says “Bushidō, then, is the code of moral principles which the samurai were required or instructed to observe … More frequently it is a code unuttered and unwritten … It was an organic growth of decades and centuries of military career. In order to become a samurai this code has to be mastered.” The Samurai governed by the ideals of Bushido, believes in honour above all. Choosing a death by battle to be the highest form of salvation. 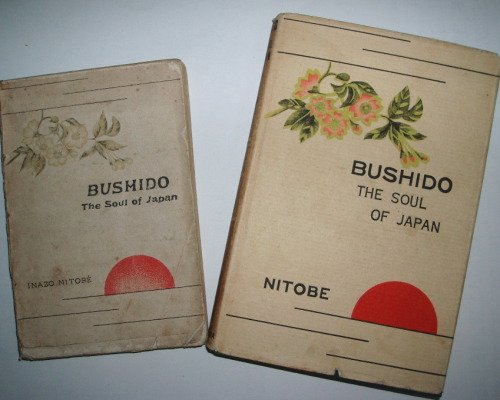 However with time the ideals of Bushido came to be ingrained in general in Japanese mentality. Wherein the values of honour, righteousness, valour and unwavering devotion and loyalty became the basic tenets of life.

While Bushido is an individual standard, Gambari is the collective national spirit of patience and determination. It is an undeniable fact that Japan’s national character caused its rise, post World War II.

A combination of perseverance and hope, Gambari is the Japanese spirit of never giving up and doing one’s best. Employees in Japan often use this term to greet each other, which translates to “Let’s keep working hard until our goals are achieved.”

More importantly the Japanese believe in respect for all kinds of work. You could be the CEO of a multinational company or to the lady selling handmade paper fans on the little kiosk on the street, it is respectful.

Thus together all these ideals have quintessentially become inherent part of all the individuals, gradually shaping their world. Japan is a country of achievers and believers. It is a country which was able to conquer all kinds of catastrophes. The country has sheer grit and determination.

And yet, every Yin must have its Yang

The downside to the exponential progress that has been characteristic to Japan’s upward looking economy is beginning to show. Outsiders are struck by the Japanese’s ability to take quick power naps, anywhere. Be it coffee shops or newspaper stands, people can be spotted dozing off. The tube in Japan is often completely silent for everyone is fast asleep. In reality however, this seems to be more of a need than a choice. 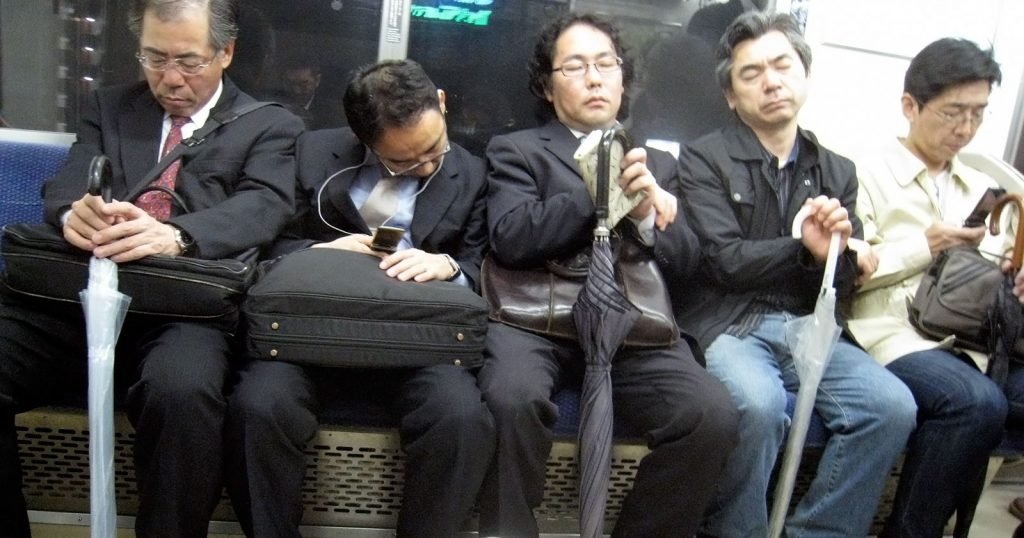 The notion of hard work runs deep in their custom. So much so that a student starts school at 9 in the morning, and ends the day at 9 at night. Where then, is the time for leisure? Working long hours is an essential part of the work life. The longer you work, the better. And you thought life in Japan would be all about Sake, Sushi bars and Sumo wrestling.

Subordinates do not leave before their superiors. Superiors, in turn, work long hours or simply stay in office for longer. This is simply to maintain the appearance of being hard at work. Overtime is the rule, while leaving on time is the exception. This is usually for no or very little additional remuneration. An average of two hours of overtime is “normal”. But some people go overboard and put in two to three hours just to be safe. Japanese employees work for as long as a ninety hours per week. Saturdays are working too.

Since taking Saturdays off is unheard of, a vacation more than 3 days is definitely unimaginable. Workers take an off only if they are seriously unwell. Face masks are apt to deal with a common cold. If there is an emergency in the family, most people will use up their paid leaves instead of taking a sick day. Availing Maternity leave is also kept to minimum. Paternity leaves, on the other hand are completely unheard of.

Japan much like India is a majorly patriarchal society. The gender roles are clear. Yes, Japan does have its fair share of working women. However all responsibilities apart from earning money generally fall on the women.

Bushido and Ganbari may very well be the reason behind the nation toiling through the post World War II phase. But the same work ethic definitely seems to be harming the current generations. The need to constantly keep pushing oneself is taking its toll on the people.

On an average 2014 saw about 25000 (70 a day) people committing suicide in a year. In a country its size the number is disconcerting. The fastest growing suicide demographic is young men. It is now the single biggest killer of men in Japan between the ages 20-44. The fact that suicide is considered a means to an “honourable end” does not help, either.

Young Japanese workers are increasingly succumbing to the pressure of invisible expectations. Sadly the Japanese work ethic is entirely to blame. It is a country where tradition is paramount and change is not easy. Thus, one wonders if the situation will ever improve.