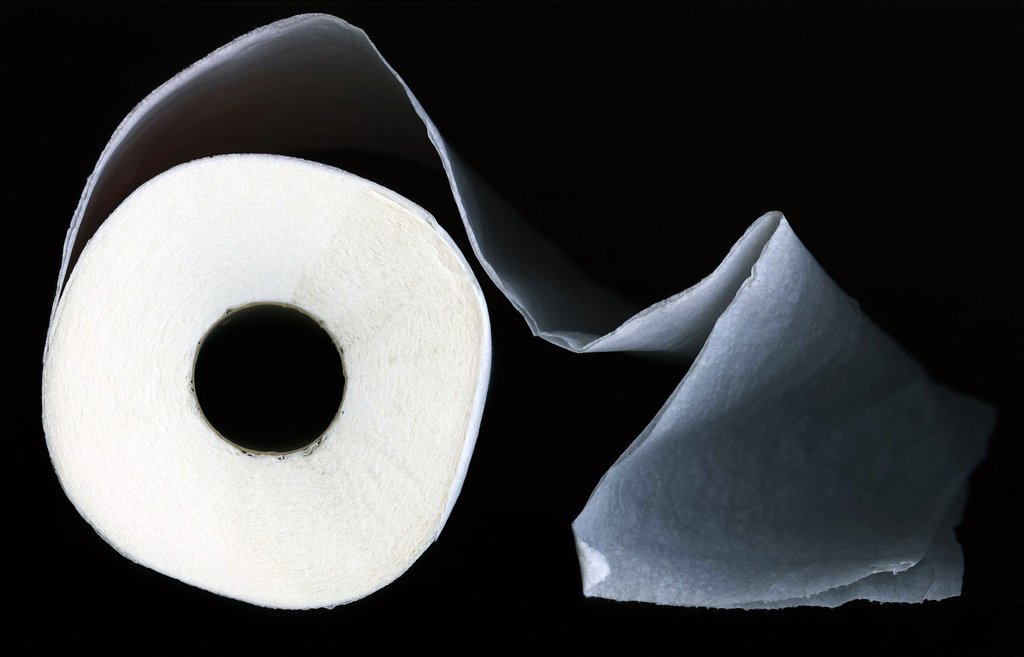 All sins must be repented. All bad deeds must be paid in full for.

That’s right, for every bad deed that one commits, there is a balance that needs to be maintained.

Or so most philosophers would have you believe.

Welcome to the history of toilet paper. The human civilization has been through a lot of shit *pun intended* and yet, most do not know of one of the biggest cleansers of dirty deeds. Every mob boss has a man who does the ‘dirty work.’ Well as far as humanity is concerned, toilet paper is the ‘go-to man’ who lets you commit misdeeds to your pleasure and is always there to clean it up. This assuming, of course, that you haven’t forgotten to stock up.

So when did it all begin? Well, after a lot of pain staking research, here’s a list of items people have used over the course of history: 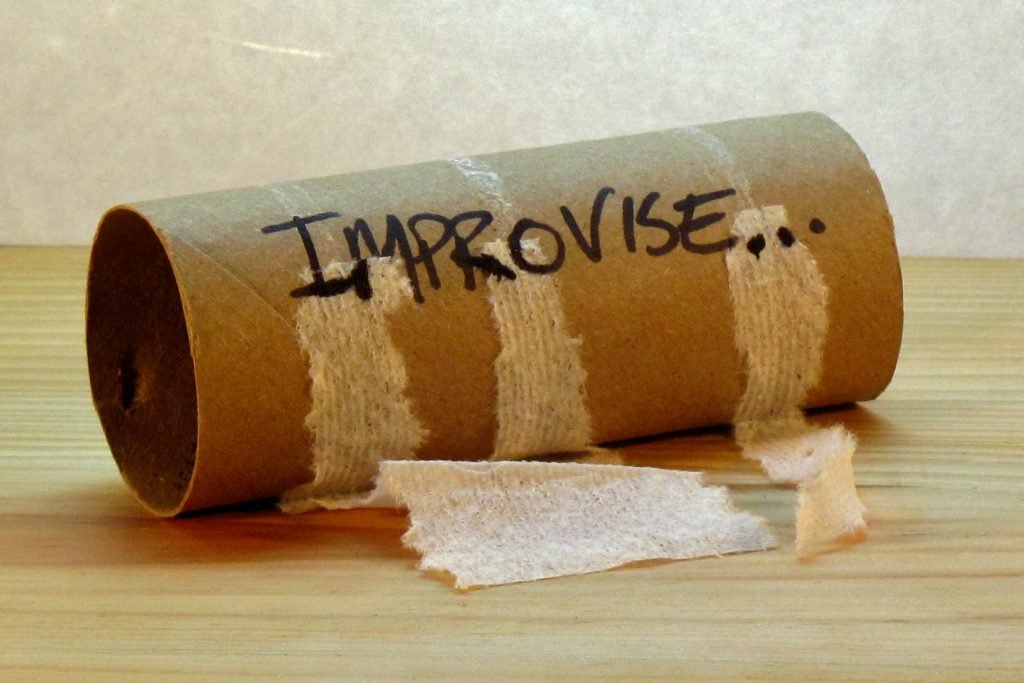 As far as us Indians are concerned, many still condone the use of hands or the ever reliable water jet. To many of us, toilet paper seems like an American concept. It is true, of course, that America is responsible for the popularity of its usage. However, what is interesting is the fact that it was the Chinese who started using paper centuries before America.

As early as the sixth century, the Chinese were using paper to take care of their unmentionables. This is hinted in the writings of scholar Yan Zhitui. “Paper on which there are quotations or commentaries from the Five Classics or the names of sages, I dare not use for toilet purposes,” were the words he used. In the late 14th century, the use of toilet paper was made official. Zhejiang Province, as it is called now, manufactured millions of packages of paper solely for aforementioned purpose. The paper was perfumed as well. *The more you know!*

There have been many instances of suggestions on how to clean up after ‘dropping off the kids.’ In 1600, a French writer name Francois Rabelais suggested using the ‘neck of a goose that is well downed.’ Then in the late 1800s the bidet was invented, a special kind of sink one could use to wash themselves. But truly, it was the magazines like Sears Catalog and the Farmers Almanac that caught on for a long time.

Due to their soft and absorbent paper, these catalogs made for the perfect wiping tool. In fact, the Farmers’ Almanac came with a hole in it, which could be used to hang it on a nail in the wall! No prizes for guessing what happened to that poor catalog later. If only the catalogs were used for fanning as well. It would have given a whole new meaning to ‘hit the fan.’ Some years later, Sears, the most popular in the butt wiping business, decided to make its paper rich and glossy. Needless to say, many were displeased and some even wrote to the company expressing the same. What those letters contained is too priceless to discuss here.

In 1857, for the first time, Joseph Gayetty came up with the first commercially available toilet paper. It was sold in packages of white sheets that were moistened with aloe. It sold at 500 sheets per pack with the price being around 50 cents. The packs weren’t popular as most people preferred to use items that could be obtained freely and around the house. While the revolt of 1857 was taking place, something equally ‘revolting’ was being taken care of by our American friends.

It was in 1871, when Seth Wheeler became the first official inventor of toilet paper. He filed a patent which included rolled and perforated wrapping paper, much like the one that is used today. The image of his patent became quite popular some time ago. It was used to settle the ages old debate of ‘rolled over’ or ‘under’ as far as toilet paper was concerned. His company began to sell toilet paper on a roll for the first time. And seriously, what kind of monster rolls under? 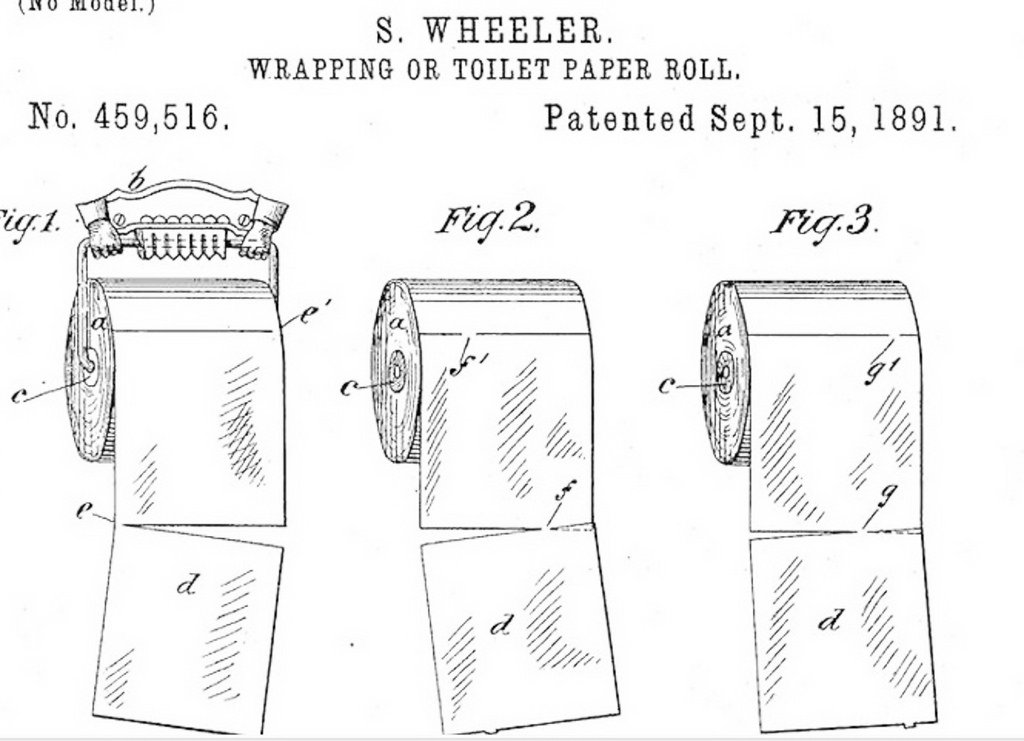 In the early years of the 20th century, toilet paper was still seen as something of a medicinal item. More and more people were using it but it was still dry and coarse paper. It was only around 1930, that Hoberg Paper Company decided to produce a brand called Charmin. The brand used images of female models on the packages of toilet paper. These were soon followed by images of infants and bear cubs, thereby marketing softness as a part of toilet paper. Many believe that this is what kept the company alive during the Great Depression. Charmin is now one of the leading producers of toilet paper.

Towards the end of the century, it was clear that toilet paper was here to stay. This was made obvious when in 1973, famous comedian Johnny Carson made a joke about the shortage of paper many stores were facing. This led to major disturbances wherein people ran to their nearby stores to stock up on as much they could. This caused an actual shortage and Carson had to clarify his statement as a joke.

So there you have it, the history of a commodity that is always taken for granted. Let’s hope that this has been an educational experience. Here’s a quote from Richard Branson to keep things in perspective.

“If you’re embarking around the world in a hot-air balloon, don’t forget the toilet paper.”