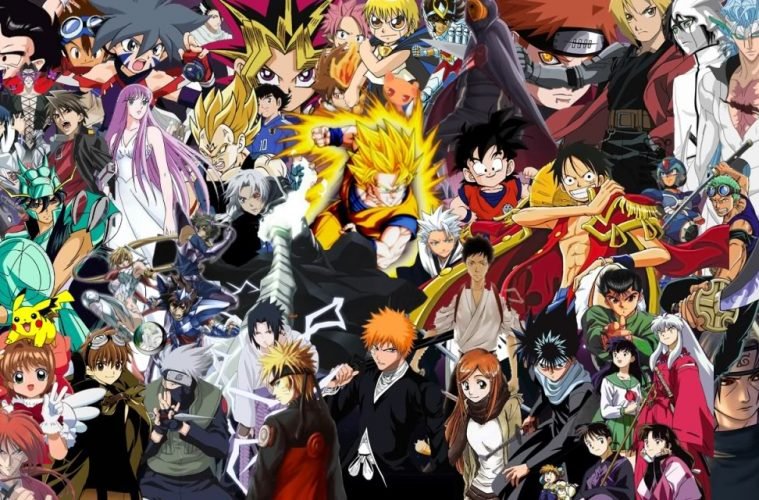 Top 10 Anime You Should Watch Without Any Second Thoughts

“Anime is for young kids. It is dumb. Anime is nothing but fantasy and childish. How can you even watch this?” Well if you watch anime and if you have recommended your friends or peers to watch them, you must have definitely got responses like these back from them.

Those who misjudge anime as some kid’s cartoon are just misinformed. It can be funny and also dark enough to leave a scar on your heart. Anime is something different. They all have distinctive art styles that incorporate colours in beautiful and vibrant ways.

Being exposed to all of these colours regularly can positively impact your mood, or maybe even help you pay attention to the vibrant colours around you in your day to day life. But some animes are meant to be dark and depressing. You may just have to suck it I guess.

So now you know what Anime is, let’s get down to the recommended animes that you should consider watching.

Steins;Gate is revered as a masterpiece by most in the anime community. 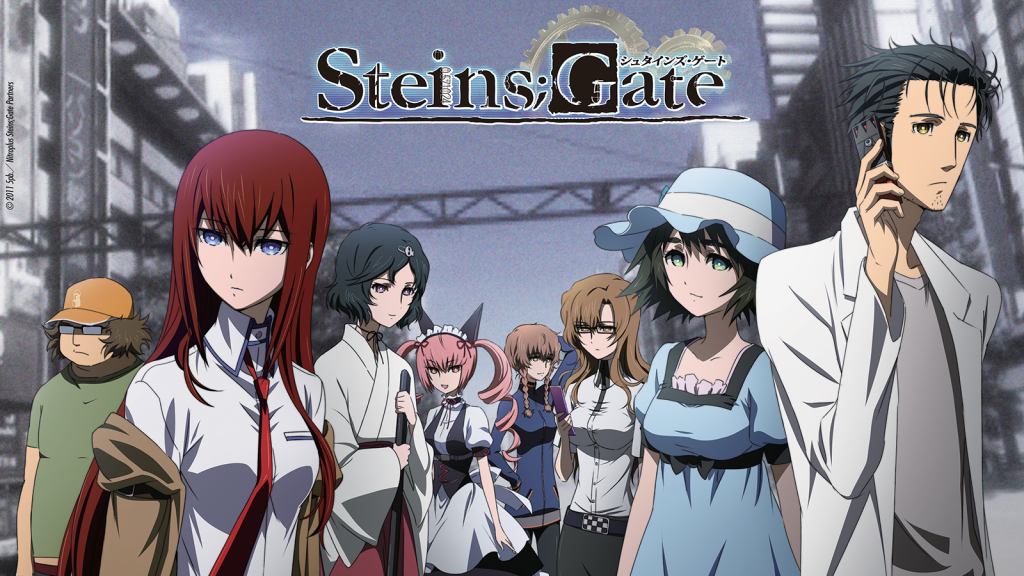 Steins;Gate explores the world of time travelling and timelines, putting in acknowledgements to theories such as the butterfly effect and how, once you change a minor thing of the past, the future transitions into one large scrambled egg. Once you pass the first slow starting episodes, the intrigue and mystery begins, and the pace of the series accelerates with an incredible story and characterisation.

Can not pressure you enough to watch this anime.

Hajime no Ippo based on boxing manga written and illustrated by George Morikawa. A 75 episode anime adaptation titled Hajime no Ippo: The Fighting! Brought by the studio Madhouse. 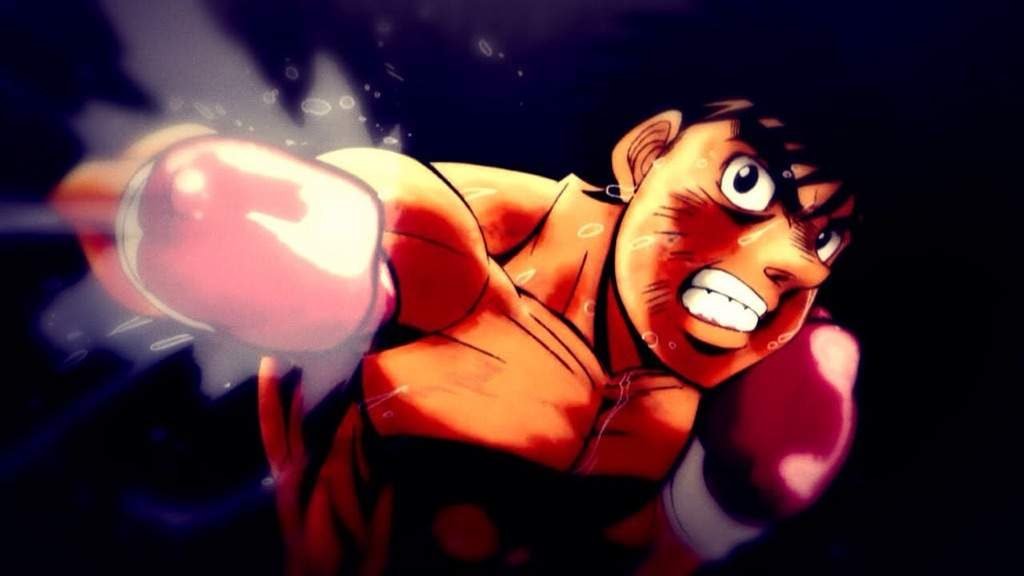 This anime is so special as it’s very likeable and very original characters. It has got romance, comedy and lots of heavy punches. You will get a chance to follow Ippo as he grows as a person and as a professional boxer. Best anime in sports category to this date.

Also known to be ‘Attack on Titan’. The story is one of the most captivating stories you will ever see. AOT falls in the mature content tab with loads of blood, action and gore. 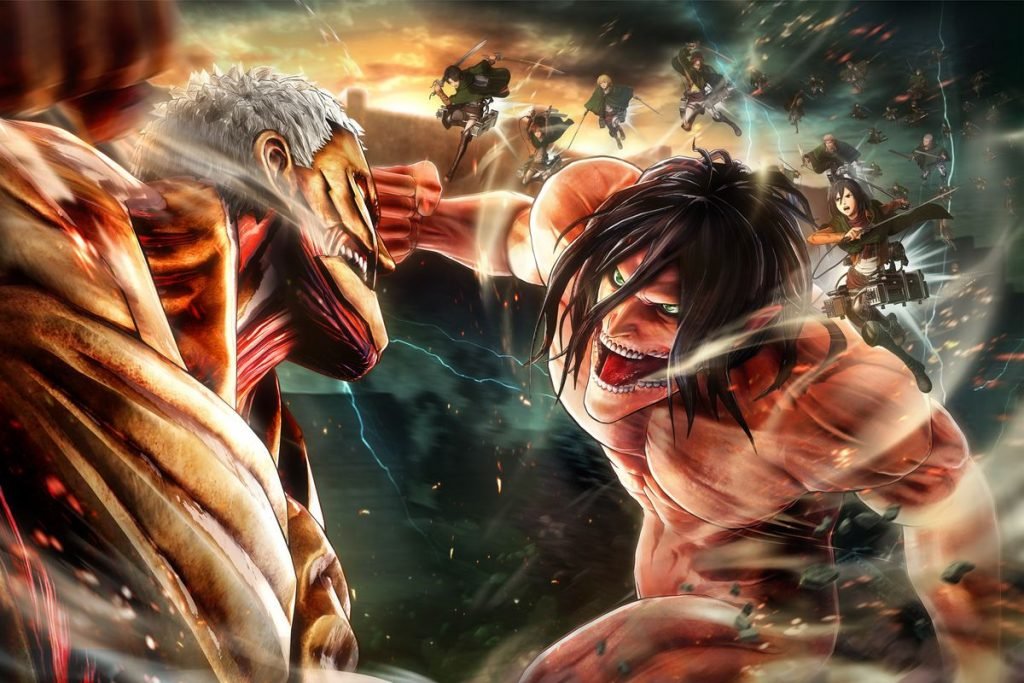 The anime includes lots of other things as well: there’s lots of half-hearted, hilarious scenes, as well as sad, tragic scenes. Along with some incredible animations that would keep you hooked through the series. There’s a diverse variety of characters that fight for humanity for all different reasons. There’s trust, friendship, along with betrayals, and pains.

I definitely encourage you to watch this show even if it is not your style of anime.

One Punch Man is an action-comedy anime which tells a story about a man named Saitama who is bald and ‘a hero just for fun’ in a world where monsters and heroes are quite common. He is quite overpowered and manages to kill anyone in just a single punch, which has made his life quite boring. 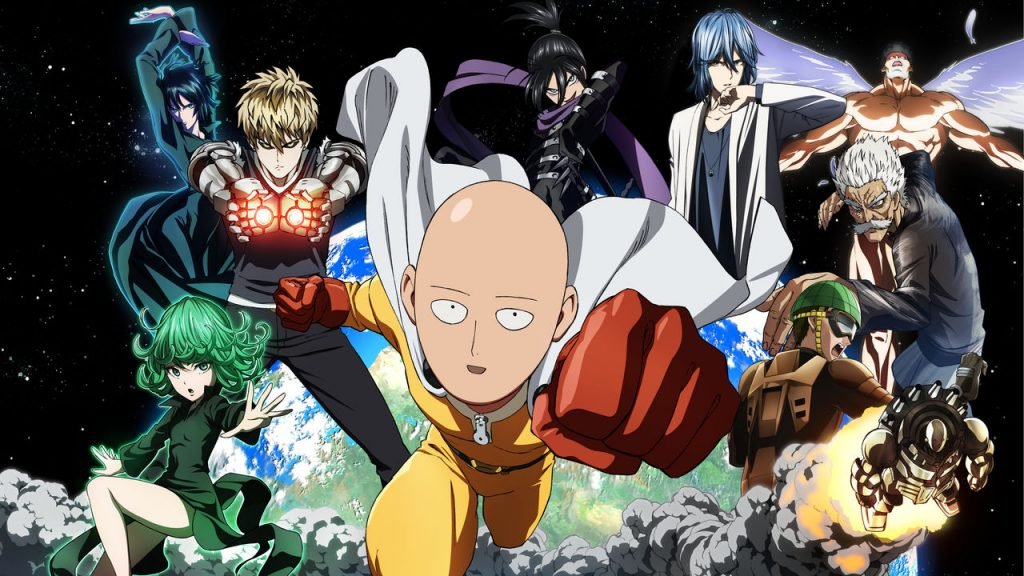 There is zero story arc. You get what you watch and you either hate it or love it. It’s another stellar production from Madhouse.

One Punch Man is NOT some random cliche anime which has random power boosts which makes it impossible to watch. It is a GEM. 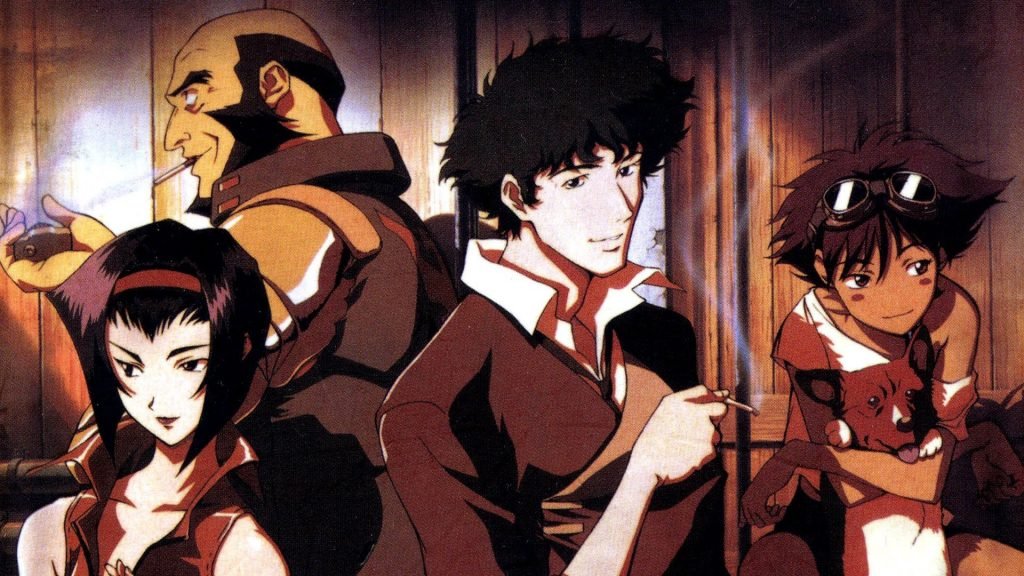 The choreography of martial arts and space flight is done in a fluid and smooth fashion. The outdated animations contribute to it’s unique style and theme. The characters look great and production never seems to dip for a single moment. The dub of Cowboy Bebop is the arguably the most highly praised dub ever produced in the anime industry which is even praised by the creators which are very rare in the anime industry.

Monster is an amazing show, with incredible writing and depth to it. Objectively it is probably the best written and directed anime of all time. 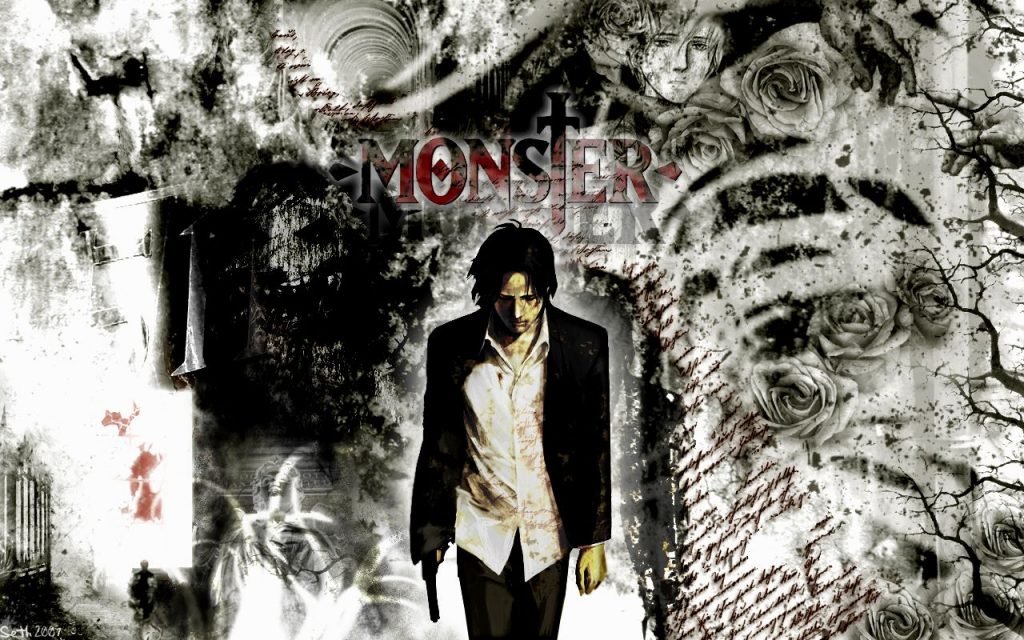 Monster probably is not something that beginners to anime would enjoy. If you enjoy the medium for the abundant exaggeration, then this probably isn’t up your alley. It’s a slow-burn anime if you are wondering.

The complex issues and relationships addressed throughout mark this anime as one of the most unique anime to appear in many years, and the questions it asks should be confronted by everyone at least once.

“You should enjoy the little detours. To the fullest. Because that’s where you’ll find the things more important than what you want.” 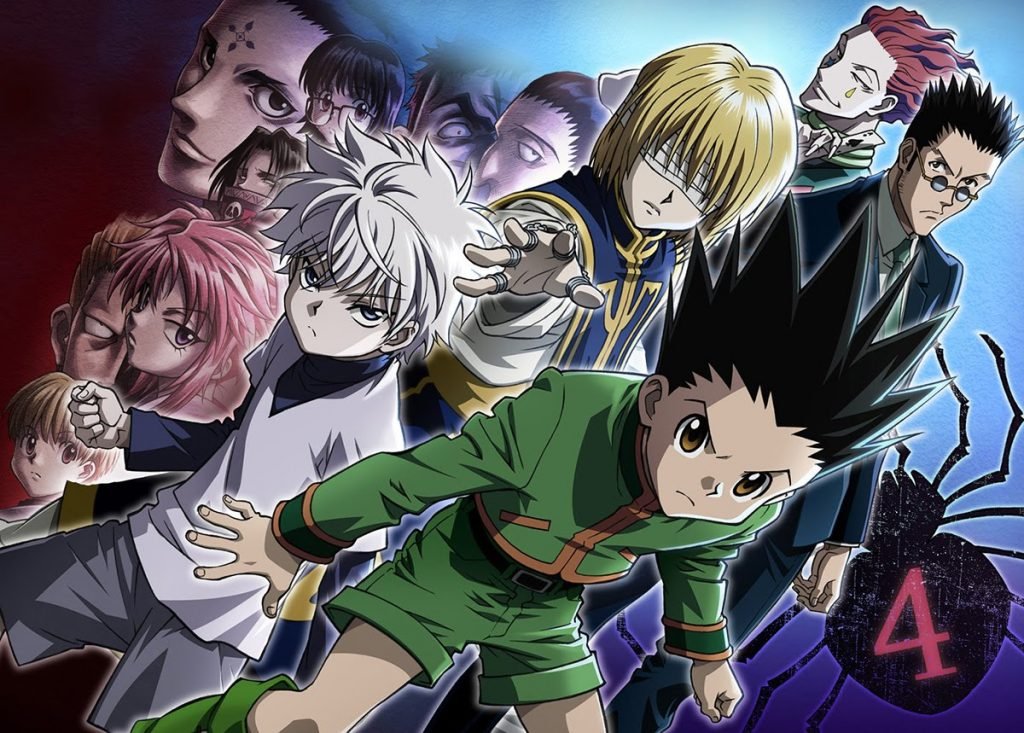 Hunter x Hunter has got a fanbase as large as the ones from other popular Shounen Series like Fairy Tail, Naruto, One Piece. One of the reasons why I had to pick HxH above Naruto, One Piece or Fairy Tail is down to it’s definiteness.

The story is divided into many different story arcs, like almost every long-running Shounen. The pacing in Hunter x Hunter is very fast in general. The biggest strength of HxH character wise are the antagonists. They’re written so perfectly and unique, you just can’t hate them just like the protagonists in the series.

Death Note is a really intelligent story and even though many may not love it as much as some did, the chances are, you will. Even for people who never enjoyed anime would enjoy this and realize how much you are missing out without anime. 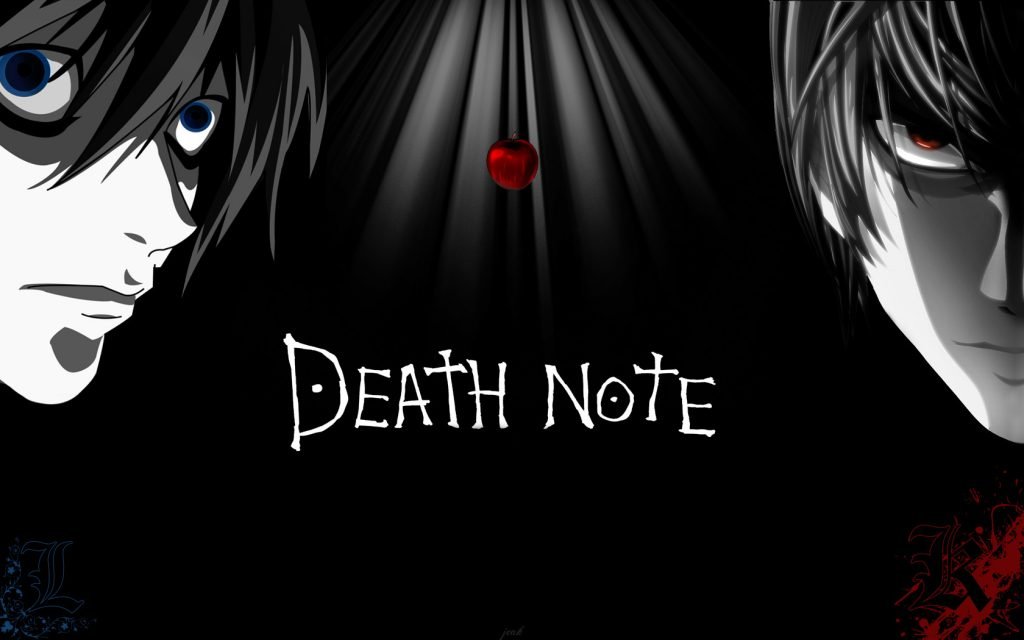 The characters are clever and they will stimulate your mind. Just when you think there is no coming out of this one the characters take a different route that the spectator does not expect. It is very easy to watch because the episodes are short. And you will rarely get bored with any of the episode. Even though it’s a cat and mouse game, the thinking and complexities of the story and narration on how it plays part is really outstanding. The show is thought-provoking but if you dislike intellectually oriented shows this may not be for you.

DBZ is one of the earliest shounen animes alongside others. The show itself has probably had one of the Biggest impacts of a shounen anime that helped to spread the art of anime around the world. 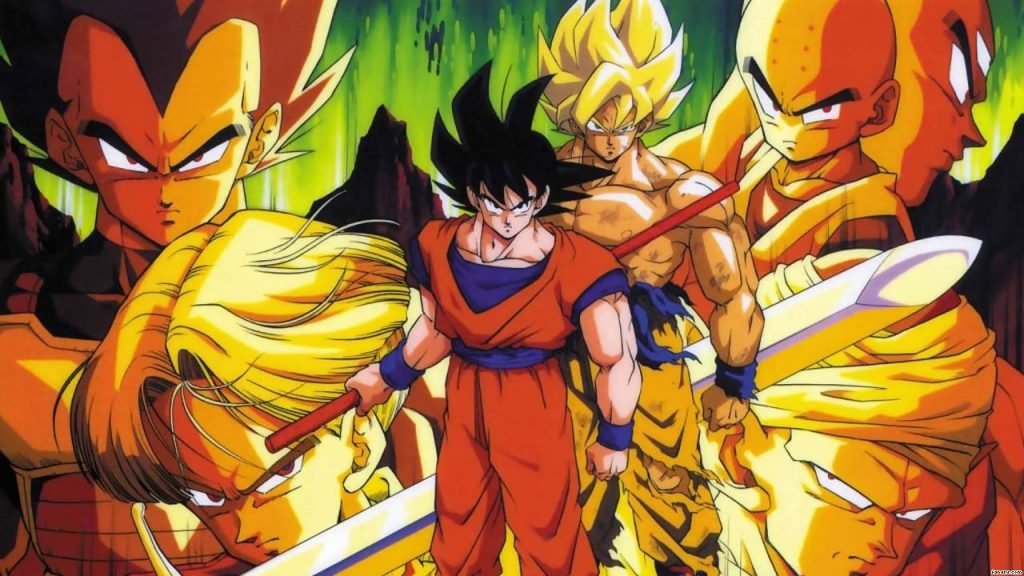 It’s not all about the fights or trade-offs between Goku and co. even though most of the fights in the series has gone down in the hall of fame collection in all anime history. It’s the character development which stands unique and apart from the rest of the masterpieces. I remember growing up watching the dubbed version on Cartoon Network when I was young and fell in love with it instantly like the rest of the world did.

DBZ also offers a handful of entertaining non-action episodes that also help in keeping the story from getting boring, like the driver test episode, which is the arguably the most memorable piece of filler in the entire series. DBZ may not have as much humour as the original Dragon Ball, but it still was a lot of humour.

Some are yet starting to discover this anime, some have already watched it, some are rewatching it for the nth time.

There are over 290 episodes of DBZ, and the animation gets much better, as does the storyline as you go down the line.

“In order for something to be obtained, something of equal value must be lost.” 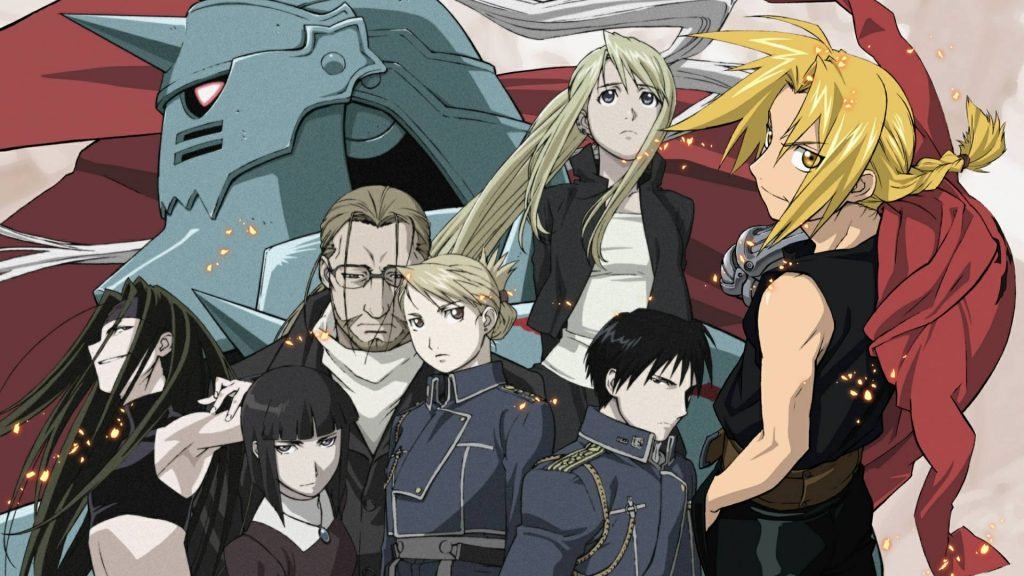 A masterpiece and the greatest show ever created. Very well respected, unique and creative show among the anime community. In my personal opinion, it gets a little too much praise and a little too much hype from the fans which makes it less appealing for the new viewers.

There are moments which leave you smiling, laughing, sad and simply amazed. Try this anime, it’s recommended for absolutely everyone, to newcomers and to those familiar with Fullmetal Alchemist.

Not to mention it’s very mature and there are some aspects of the show which would really pinch you as you get deeper and deeper into the series.

It goes on for some 64 episodes and manages to maintain your attention throughout the series. It even manages to close everything up in a satisfying manner. Perhaps the greatest thing about Fullmetal Alchemist: Brotherhood is its appeal to all genres.