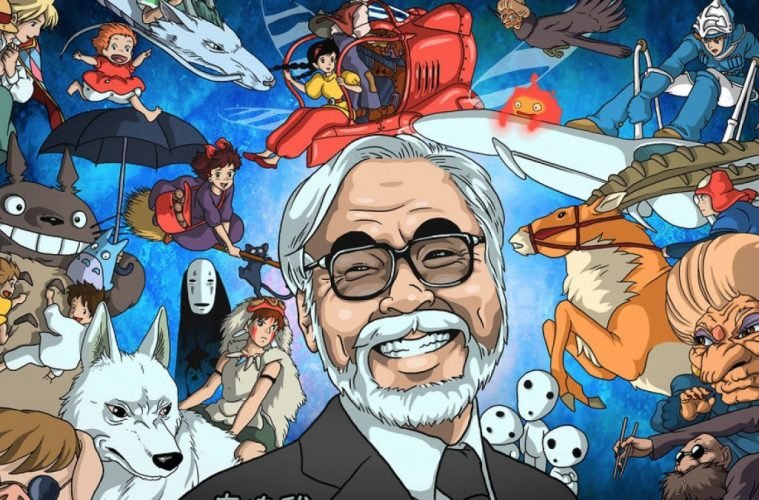 Watch These 5 Films To Enter The Cinematic Universe Of Miyazaki

Martin Scorsese once said that no matter which camera you use, the graphical prowess you have in virtually creating an image, irrespective of the resources at your disposal and no matter how hard you try; you can never really recreate an image that you have in your head while imagining a scene. To be honest, his statement seems like a no brainer that would hold true for anyone who is saying it. Even then, one cannot help but wonder – if Martin Scorsese, one of the greatest directors who ever lived with all the money in the world and resources at his disposal, cannot really show us the story he has in his head; then who can?

I can guess what you are thinking and let me tell you, you are wrong. James Cameron did make Avatar. Even with technological advancements, he particularly brought about to create motion capture techniques, he will never be able to showcase the spectacle brewing inside his insane head. The problem therefore is fundamental. You just cannot capture the images in your head and visualise them on a screen for people to see.

Is it really possible? Can someone visualise an epic tale and instead of using live-action to recreate it poorly, really show us the exact picture he or she envisioned? Can we really peer into the thoughts of an artist to see the world exactly the way he does? Is it possible for someone to project his vision onto a screen with copious details?

There is a 76 years old Japanese man who has been doing it for the past 54 years. He is a film director, producer, screenwriter, animator, author and a manga artist. The co-founder of Studio Ghibli and a winner of the 75th Academy Award for Best Animated Feature. Roger Ebert once said that he may be the best animation filmmaker in history. The person I am talking about is Hayao Miyazaki (whom I lovingly call ‘living legend’). 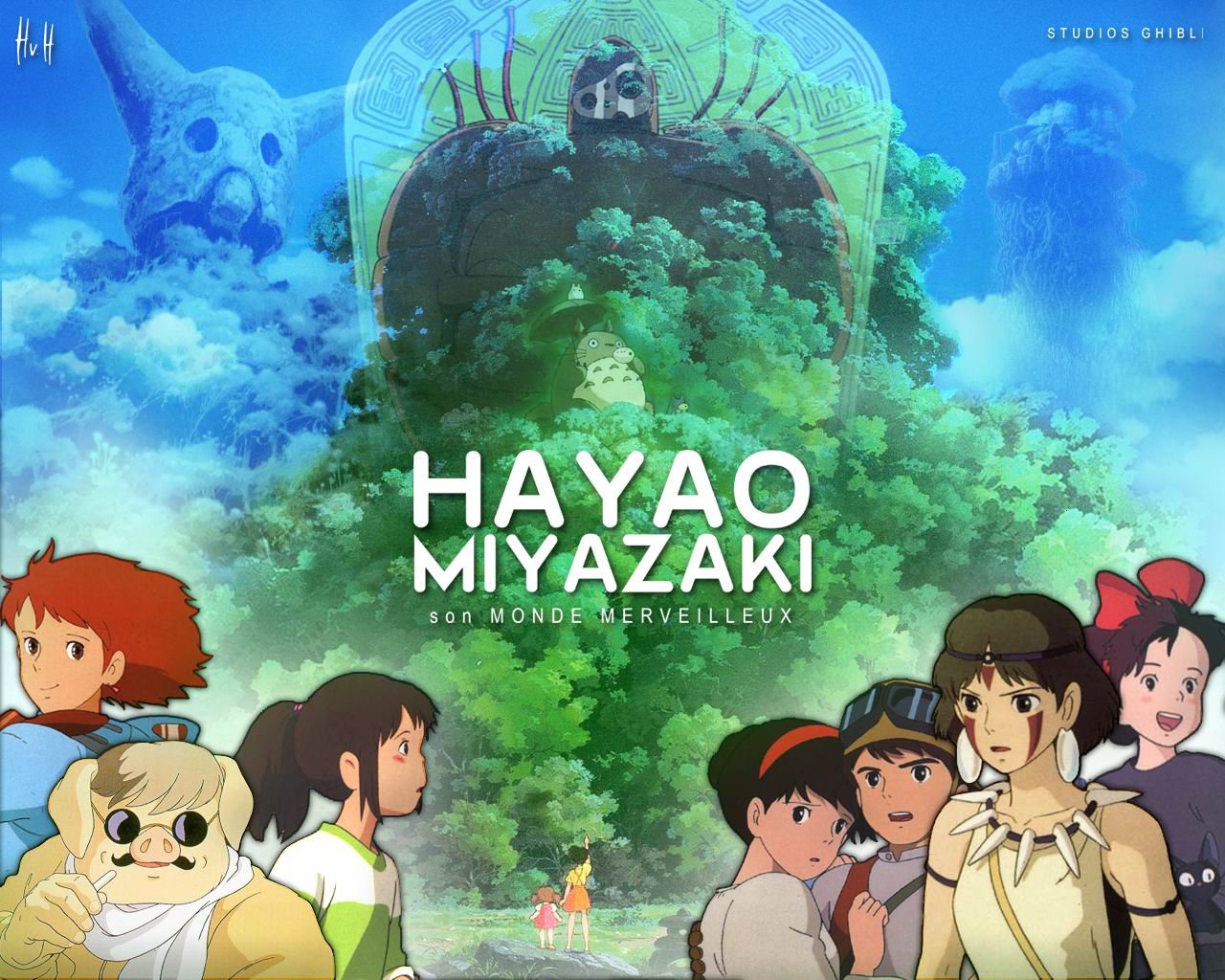 How is he able to show us exactly what he wants to? If you think that it is because he is an animator, then let me tell you, the answer is not that simple. If this was to be the case then every animation artist would have the ability to show us the movie playing inside their heads.

Miyazaki is an anime artist and if you do not know what anime is, then you are depriving yourself of some of the most beautiful cinematic storytelling there is. Anime, is a Japanese term that is traditionally used for hand-drawn animation. Picture old Disney classics such as all of the Grimm Brothers adaptations like Snow White and the Seven Dwarfs or Red Riding Hood. Although the process of making an animated film is far from easy, today the use of technology has made it a plausible affair- mainly that it is not that tedious.

Films are frames in motion, at least 24 frames per second to be precise. Hayao Miyazaki draws, paints and writes the dialogue for every single one of those frames. He concocts a whole movie out of thin air and that too without any assistance (until now as he is old and makes use of other painters to do the intermittent frames).

His process of discovering a film is magical. He begins with a simple stack of storyboard sheets and paints directly, frame by frame and populates every inch of that paper without making any sticky notes or reference points for the film. He discovers the story while painting every moment and basically shows us what he is thinking in all its glory.

Miyazaki has more than 20 films to his credit as writer-director and countless manga (read: Japanese graphic novels). Each one is quite literally a work of art. Since you cannot spare 50 hours of your life trying to appreciate the artist (yes, sarcasm), you can simply watch the following five films that will help you enter the cinematic universe of Miyazaki. 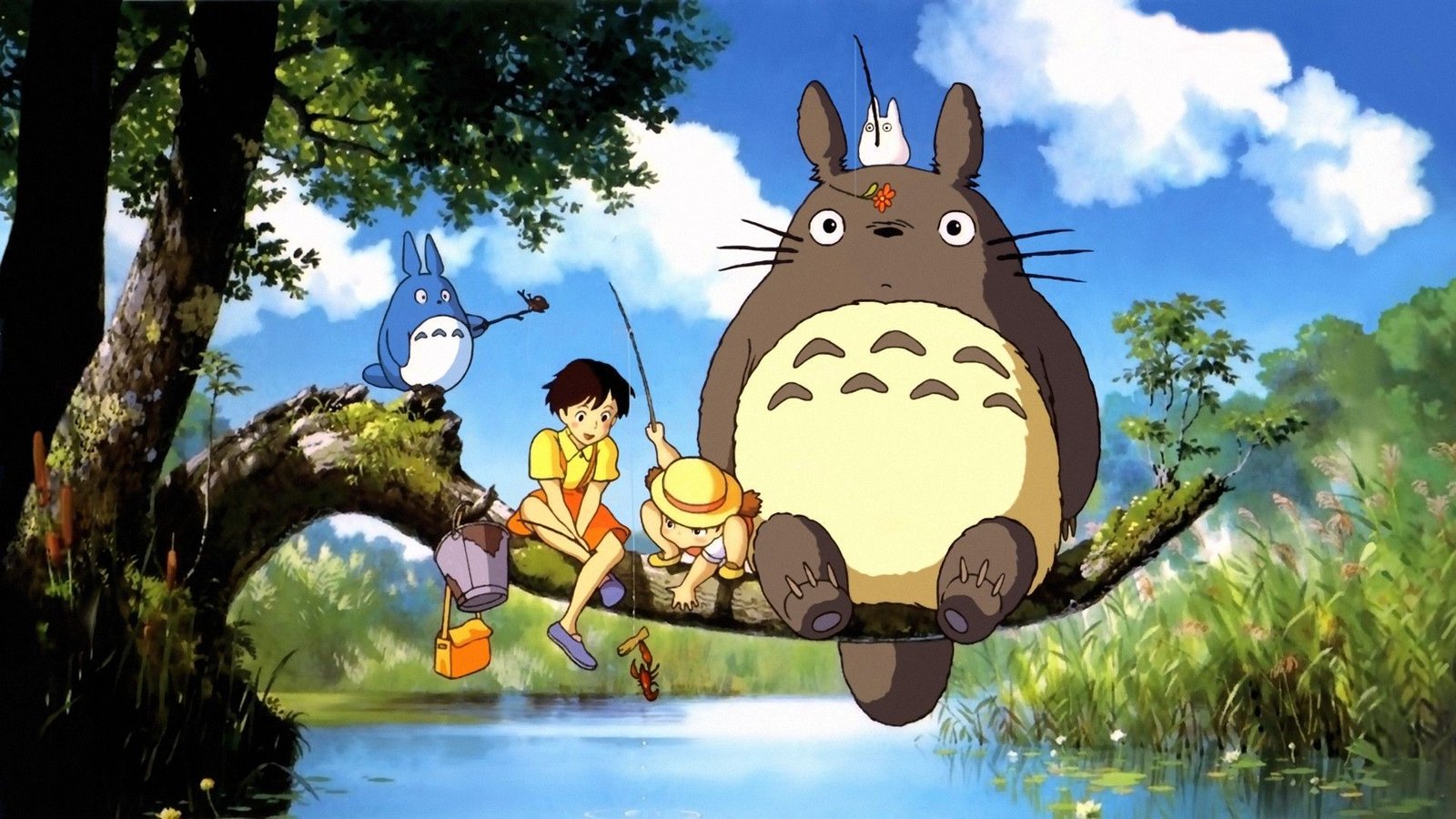 War has been an integral part of Japanese cinema and anime as a medium is highly influenced by it. This film is not as grim as the ‘Grave of the fireflies’, it is in fact quite the opposite. It chronicles the life of two young girls living in post-war rural Japan where they interact with a huge-cute-friendly-wood spirit they call Totoro. The film is about how the two girls make sense of their mother’s health. The film is innocently charming and will serve as a warm hug from characters you will never forget. 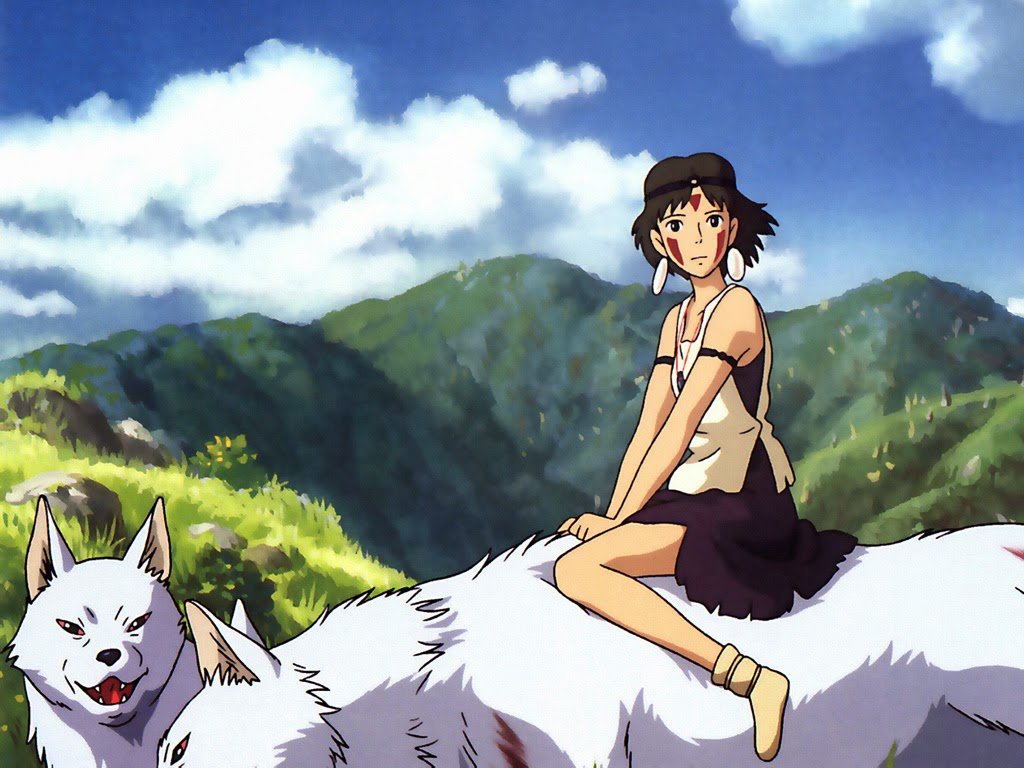 There hasn’t been a film that raises the issues of environmental damage humans are causing carelessly for a long time, better than this classic. An epic historical fantasy film, the story follows a young prince who is involved in a struggle between gods of a forest and the humans who consume its resources. Along with him is the titular character, Princess Mononoke, who is trying to defend the gods of forest with some pretty badass wolves at her disposal. A clear commentary on our present state of the world where the cars and industries that were supposed to ease us out are now forcing us to wear masks due to smog. All because of our greed and neglect. 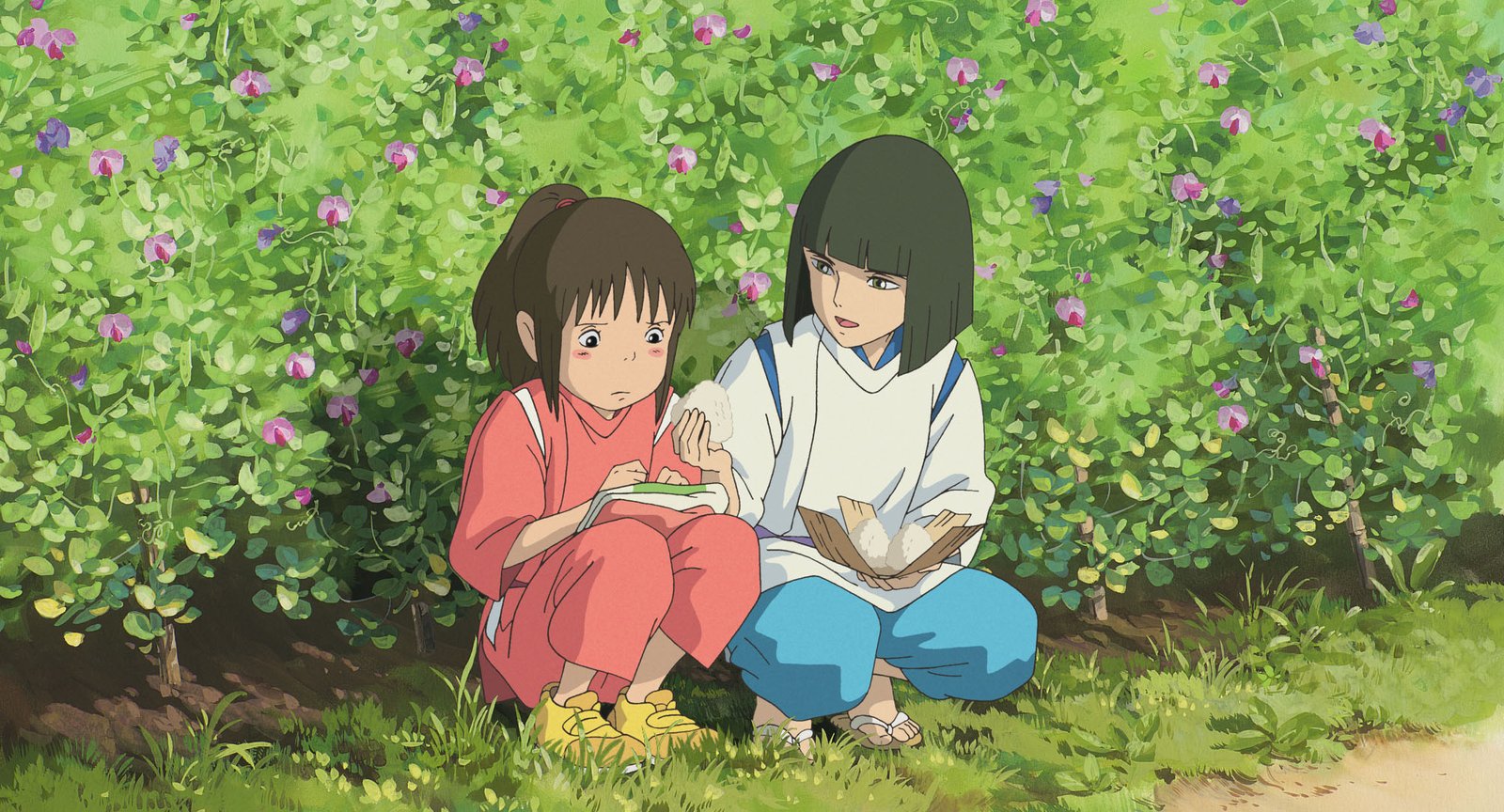 This movie is by far the most acclaimed movie in this list. In fact, it is the most acclaimed movie by Miyazaki ever. Spirited Away tells the story of a ten year old girl who, while moving to a new neighbourhood, enters the spirit world. After her parents are transformed into pigs by a witch, she takes a job working in a bathhouse to find a way to free herself and her parents in order to return to the human world. Simple. What is complex is the animation, which is mesmerising. It is by far the most beautiful film Miyazaki has ever made. The film deals with themes of adolescence and has tons of visual motifs for you to understand. No wonder he got an Oscar for this. 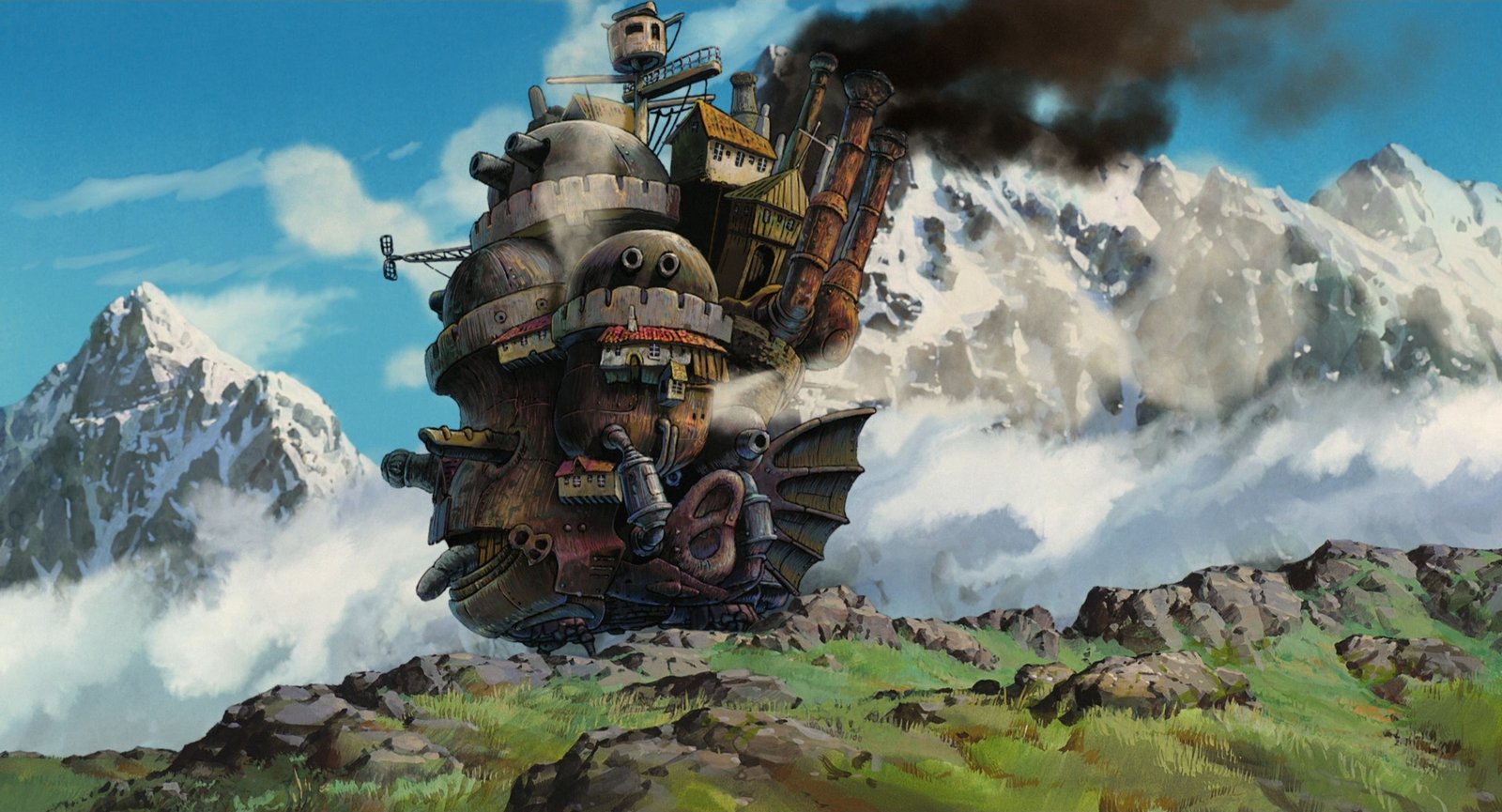 If Miyazaki fans are reading this, then they will honest to god lynch me over the inclusion of this film. However, very politely, here is the thing – shut up. This movie is as Miyazaki as they come, though adapted by a novel of the same name by Diana Wynne Jones, the film only makes use of the setting and characters.

In true Miyazaki fashion the movie delves into anti-war themes along with feminist elements. Set in a fictional kingdom where magic and technology co-exist, the movie tells the story of a young girl who turned into an old woman due a witch’s curse. She encounters a charming wizard named Howl and gets caught up in his resistance to fight for the king. The film captures the elements of compassion and companionship, in the backdrop of war. If you are still not convinced then remember it has elements of magic, and who doesn’t like magic? 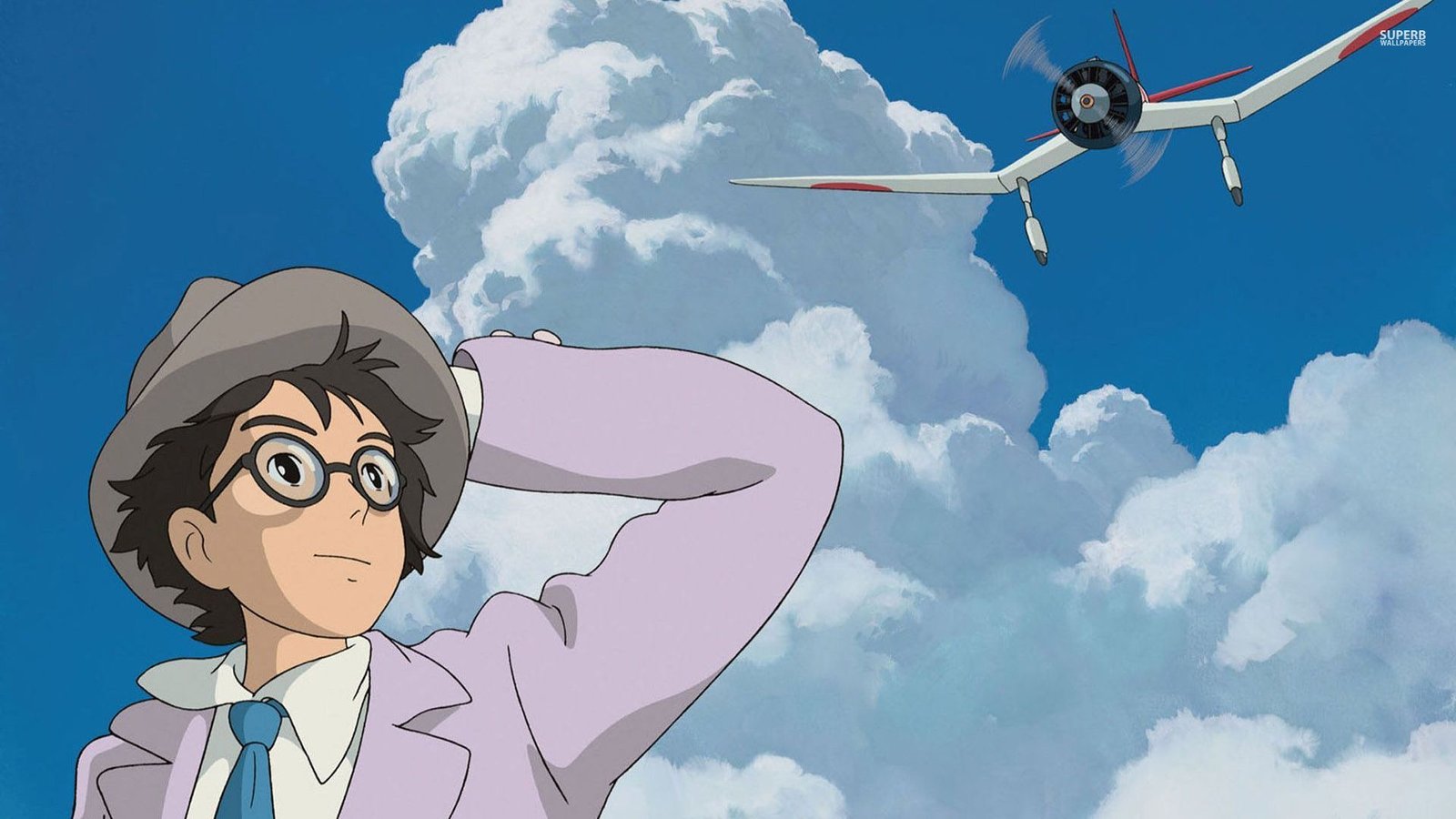 Released as his last film (because he took retirement after this film. He came out of that retirement too. He has declared retirement countless times. He’s a bit crazy that way), this movie was loosely based on a short story of the same name by Tatsuo Hori. The film is a fictionalized biopic of Jiro Horikoshi, the designer of the Mitsubishi A5M fighter aircraft and its successor. The movie remains a biopic in its essence and it showcases Jiro’s struggles with his work and the ailments of his wife. That, your life cannot be a story in itself if not for the people that populate it, is established effortlessly.

If you do watch any of these films, you are going to enter the universe of Miyazaki and rest assured, you will come back for more. Lucky for us, he came out of retirement recently, and will be making his supposedly final film with a release date set of 2020. The guy is 76, cut him some slack.

Also let’s be clear, he is the greatest animator of all times.