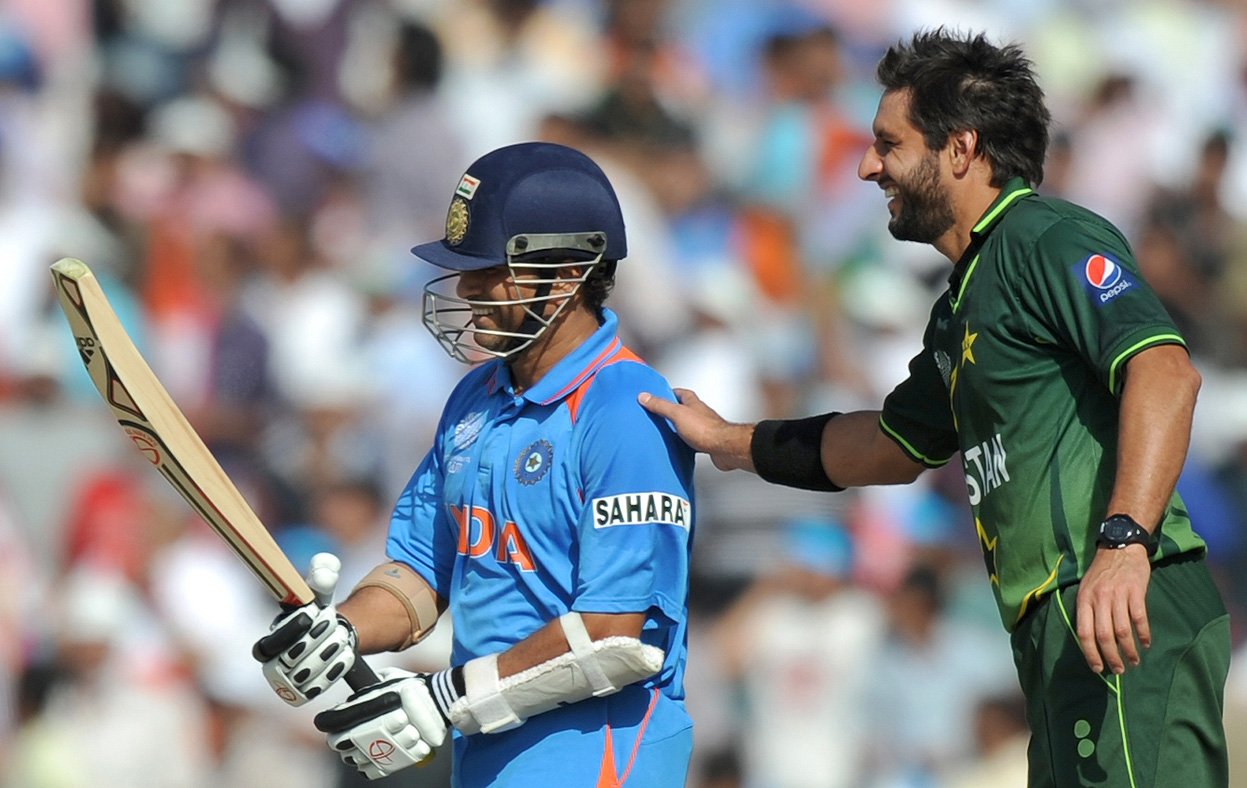 Pakistan loosely anagrams to Spankistan and if you believe this is a coincidence, just look at their record against India at world events. India (along with Australia) is the only country to have won the ICC Champions trophy twice. If I were to be modest, their record has been impeccable in the recent years. They have won 15 matches at a success ratio of over 60%, which is the highest when compared to all the other playing nations.

India aims to go one better when they kick of their ICC Champions trophy campaign against arch rivals this Sunday, June 4 at Edgbaston. World events or not, an Indo-Pak game is THE HIGHLIGHT of any sport, anywhere on the face of this earth. The political scenario between the two nations have reduced the frequency of Indo-Pak clashes to ICC events only. As a result, whenever they do lock horns, the tempers and nerves fly high.

When the neighbours face off this Sunday, it could be a ‘do or die’ match right from the start with the group being further complicated by the presence of South Africa and Sri Lanka. Here we look at 5 feisty and memorable encounters between India and Pakistan at ICC events that one just cannot cease to forget.

The two met at Mohali in the semi-finals of the 2011 World Cup. Sachin Tendulkar was dropped 4 times as India posted a total of 260. No matter what you are smoking or drinking, you just have to be sober enough to know that dropping the best batsmen in the world will come back to haunt you. Pakistan crumbled in their chase and were skittled for 231 with each of the five Indian bowlers picking up 2 wickets. The Man of the Match Award was presented to Sachin.

Played at Johannesburg on 24 September, this was the final of the inaugural T20 world cup. A young team India under the new leadership of MS Dhoni had made its way to the finals to the surprise of a few experts. A steady 75 by Gautam Gambhir lead India to a respectable 157 at the end of their 20 overs. Pakistan huffed and puffed and then huffed a little more in a topsy turvy game that came down to the 13 runs in 6 balls. Up step India’s forgotten wonder, Joginder Sharma. Trying a scoop with just 6 needed from 4 balls, Misbah fell to a catch at short fine leg sending the Indian contingent into raptures. Irfan Pathan was declared the Man of the Match for his bowling figures of 3/16 in 4 overs.

This match had an extra edge to it because the two nations were to come face to face with each other after a gap of over 3 years. A fully packed house Centurion awaited a mouth-watering encounter. The match was not a disappointment as the crowd got every penny worth. A brilliant century by Saeed Anwar propelled Pakistan to a total of 273 and many felt the game was as good as over. With a bowling attack of Wasim Akram, Waqar Younis and Shoaib Akhtar, India were struggling, to say the least.

There is an old saying that goes ‘If you have God on your side, you would always be 1 up against your opponent’. Up stepped the master blaster with a blistering innings of 98. Sachin took the match away from the men in green. Sachin whacked the Pakistan trio left right center and the swung the game in India’s favour. Yuvraj scored a half-century with the support of Dravid. Finally, India sailed home with 26 balls to spare and 6 wickets in hand. No prizes for guessing who the Man of the Match was here.

We had to dig deeper than a serial killer hiding a body to find an instance of Pakistan overpowering India. Apparently it has happened on an odd occasion. Batting first, the Indian batting collapsed. This happened so fast that half the side was back in the dressing room with a score less than 100. The ever dependable Dravid, along with Ajit Agarkar, salvaged some self-respect. They gave India a fighting chance with a total of 200. Pakistan did their best to lose this one as well. However, they managed to get their butts over the line with Mohammad Yusuf scoring a match winning 81.

This match is famous for reasons off the cricketing field as well. For the first time, after the conflict of 1989 Pakistan stepped onto Indian soil for a match. A gritty and effective opening performance by Navjot Singh Sidhu pummelled India to a total of 287. Ajay Jadeja plunged Waqar Younis for 22 runs of the final over of the Indian innings. He did this on his way to 45 of just 22 balls. A mesmerising opening stand between Saeed Anwar and Aamir Sohail threatened to spoil India’s party. Once again, Pakistan showed signs of their true mediocrity when they crumbled for 248. The legendary moment of Venkatesh Prasad getting Aamir Sohail out, who hit a boundary on the previous happens to be one of the most memorable moments. Sidhu got the Man of the Match for his 93.

With the political tensions ensuring that there is no bilateral series between the two nations any time in the near future, this might be a match to savour as there is a big question mark on when these heavyweights will get another go at each other.