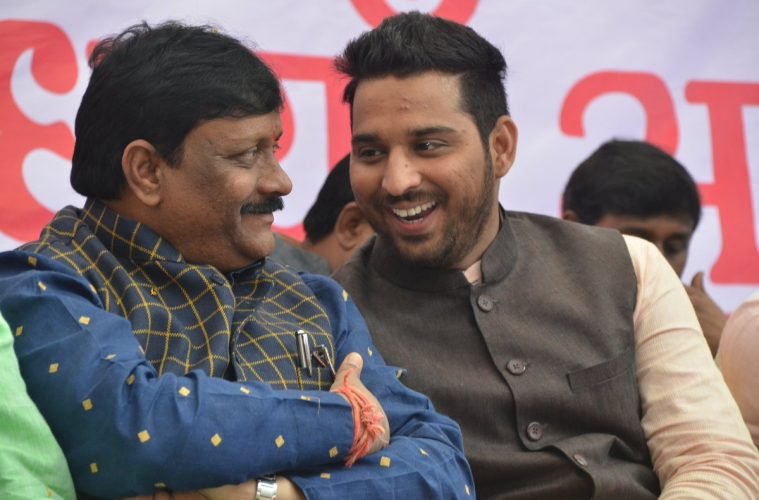 A fascinating contest is on the cards for Madhya Pradesh. Considering the state will see a major triangular fight after Congress and BSP’s decision to go their separate ways. Add the Samajwadi Party, Gondvana Gantantra Party (GGP), the Aam Aadmi Party (AAP), and Samanya Pichhada Evam Alpsankhyak Varg Samaj (SAPAKS) to the fray. Thus, a fierce battle seems assured. When permutations and combinations are complicated, the ruling party may fall victim to the anti-incumbency. Survey results as per the Free Press Journal claim that majority of BJP MLAs in Indore are facing anti-incumbency wave.

Life has come full circle for the Indore MLA Sudarshan Gupta. A decade ago, he was given a ticket as then sitting BJP MLA Usha Thakur faced anti-incumbency. Today, he is facing major anti-incumbency due to lack of major development work in his second term. Demolition drives carried out in the Ganeshganj, Loharpatti, and adjacent areas may also go against him. However, in a recent interview with Talented India News, he claims that he has been working towards fulfilling the basic needs of many illegal settlements in his constituency. Sudarshan Gupta also maintains that he has been readily accessible to people of his constituency.

The universe seems to be playing some cruel joke on Usha Thakur as history appears to be repeating itself in 2018. Even though she has been working a lot in her constituency, she faces plausible replacement by the party in the constituency. It seems that she may have not been able to convey the work done by her. Also, shopkeepers do not see her available to support, when they run into problems with civic authorities. Most recently, she was caught with her foot in her mouth after she stated that women compromise for personal gains. Thakur also added that #MeToo was being used in the wrong way.

Mahendra Hardia is a three-time MLA. He is known for successful implementation of Janani Suraksha Yojana during his tenure as Health Minister. His constituency consists of urban voters who want a better traffic solution, proper drainage, sufficient water supply, and a government college. However, these demands have not been a priority to Hardia and remain a major reason for anti-incumbency against him. Also, the legalisation of illegal colonies remains a major bone of contention between the voters and the elective representatives. Mahendra Hardia recently was at the wrong end of the row of one of such settlements.

The BJP MLA from Depalpur is apparently inaccessible to the people of his constituency. The remote population feels that he has not remained among people of his constituency during his tenure. During his recent ‘Vikas Yatra’, people from the Khorsoda village raised slogans against him and questioned him for not working for them. Linkage of Narmada-Gambir Yojana is one of his most renowned achievement. However, despite the strong anti-incumbency BJP may still go with him due to lack of other formidable faces. In-fighting in Congress may help Manoj Patel retain his seat.

Rajesh Sonkar is also facing anti-incumbency in his constituency among the rural population. The rural voters believe that he has not done much work and solved their problems. However, Rajesh Sonkar is strong in urban areas due to strong voter base of BJP. There will be a big competition if his 2013 rival Tulsi Silawat is in field again, via Congress. The core voter base of BJP could be the only thing that could help Sonkar reach the victory mark.