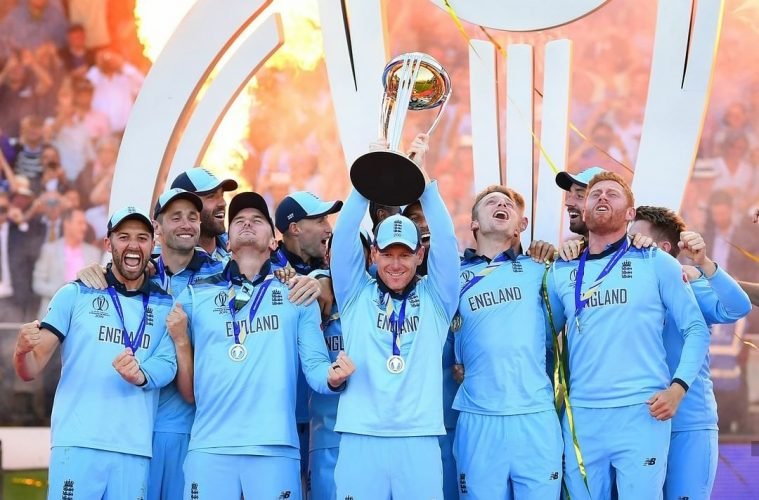 2019 was momentous for the cricketing world. The year oversaw one of the most entertaining 50-over World Cups of all time, the commencement of the World Test Championship and a hardly fought Ashes that was reminiscent of the 2005 edition. Tears of joy, heartbreaks, anger, disappointment, celebration. It was all visible right from the cricketers on field to the fans off the field. As we witness the end of 2019, it’s important to note down how impactful the year has been for cricket.

Here we list down the top ten cricketing moments of 2019:-

No cricketing event can even come close to the spectacle that was the 2019 World Cup final. The biggest stage of all, 2 teams that had never laid their hands on the World Cup were giving it their all at the Home of Cricket, i.e. Lord’s. Eventually after plenty of permutations and combinations, it were the hosts that lifted their first ever World Cup trophy.

Batting first, the Black Caps managed to put up a total of 241/8 in their quota of 50 overs. As for England, they were marching towards victory at one stage with 196/4 on the board and the pair of Ben Stokes and Jos Buttler going berserk. However, all hell broke loose as the visitors managed to get Buttler and reduced England to 227/8.

With 15 required off the last over, Boult bowled a couple of dot balls, only to be taken to the stands in the third delivery. A ball deflected by Stokes bat who was rushing to complete the second run went away for a boundary which resulted in six runs for the home side. With 3 runs needed from two balls, New Zealand succeeded in effecting two consecutive run-outs as the match got tied. The twists and turns continued in the Super Over, where the game got tied again but England won due to boundary count. Yes, you read it right. 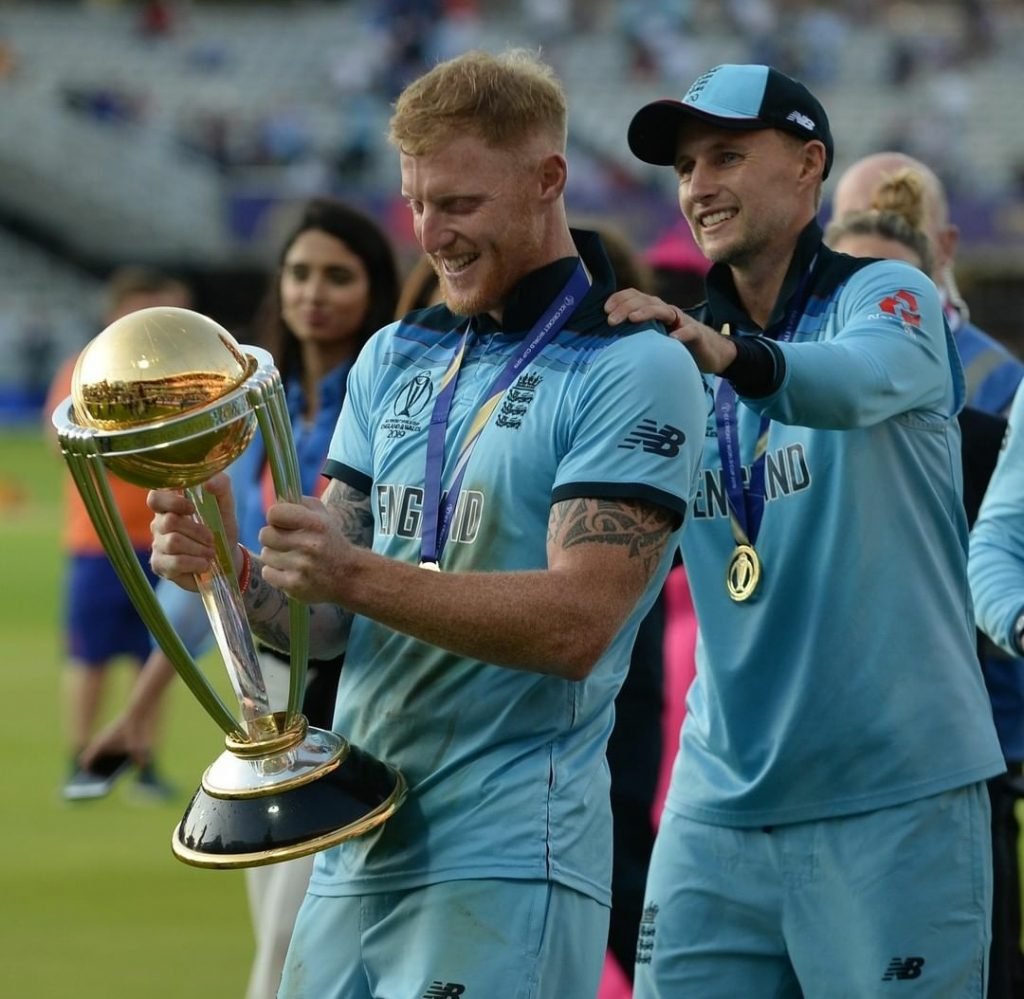 2. Stokes delivers in another edge of the seat thriller

It was indeed a year that belonged to English all-rounder Ben Stokes. After taking his team to victory at the biggest stage i.e. the World Cup, he was set up with another huge task in the Ashes series. England were already one down in the series and were all out for 67 runs in the first innings. The Aussies set them a target of 359 to chase on the Leeds surface. The hosts were reduced to 15/2 before Joe Root and Joe Denly recovered them.

At 245/4, they were well in course of the run-chase. However, the Englishmen lost a flurry of wickets at regular intervals with Stokes at the other end as they were reduced to 286/9. Batting with a non-batsman Jack Leach, Ben Stokes pulled off a spectacular victory for England as he scored a magnificent 135 not out. An innings which had 8 sixes. The last wicket partnership yieled an unbeaten 76 runs with Leach contributing one run but more importantly surviving 17 balls. 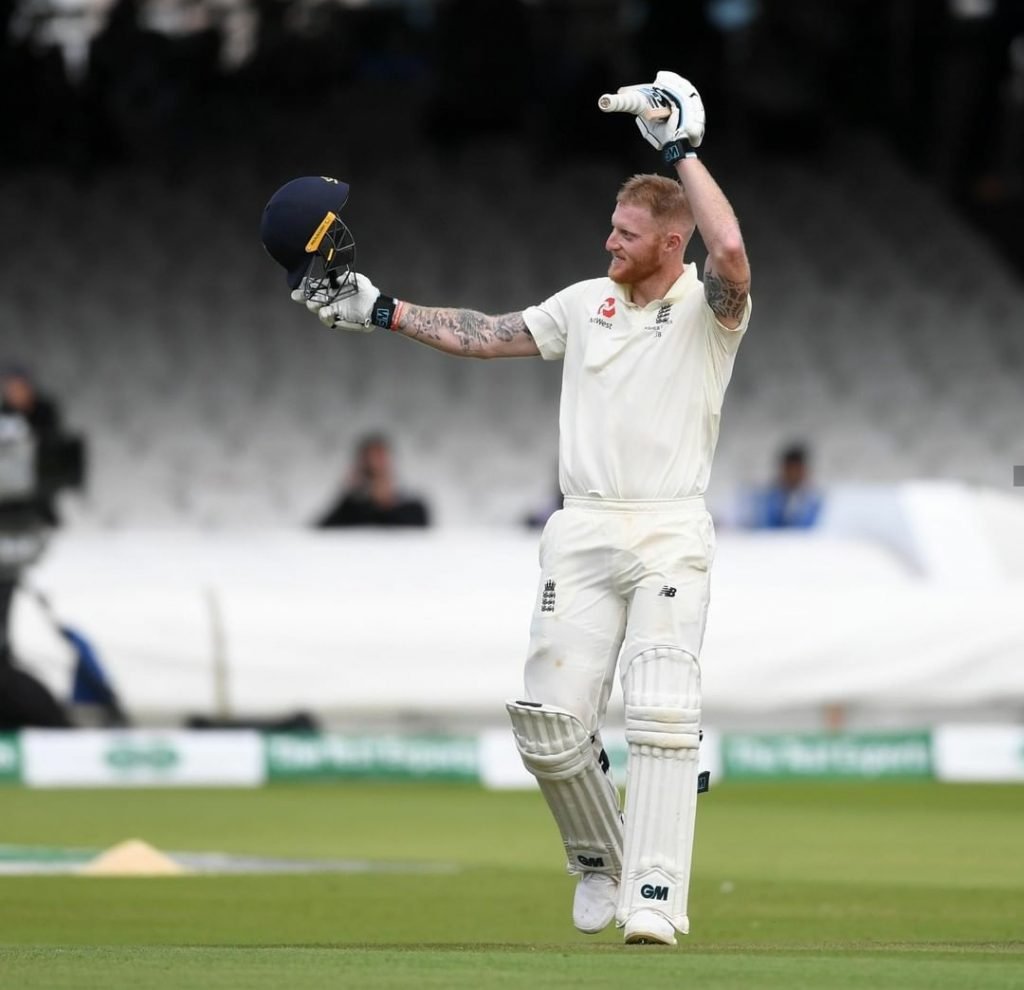 This game certainly has to be the Test match of the year. No one would have expected Sri Lanka to pull off a win. Certainly not after they were reduced to 226/9 while chasing 304 for victory. Just when it seemed the Islanders were cruising to a win at 206/5, some terrific bowling by Keshav Maharaj almost sealed the deal for the hosts. Kusal Perera had left arm pacer Vishwa Fernando at the other end with 78 runs to win and one wicket in hand.

The target seemed out of the world but Kusal Perera was batting like a dream. An attack comprising of Dale Steyn, Duanne Olivier and Kagiso Rabada were giving him a tough time in the middle. Having dealt with a bit of blows, Perera carried on the fight. He reached his century and continued to bat courageously. Perera smacked both Steyn and Rabada out of the park before finishing the runchase with a boundary. Sri Lanka had managed to register a breathtaking win from the jaws of defeat. 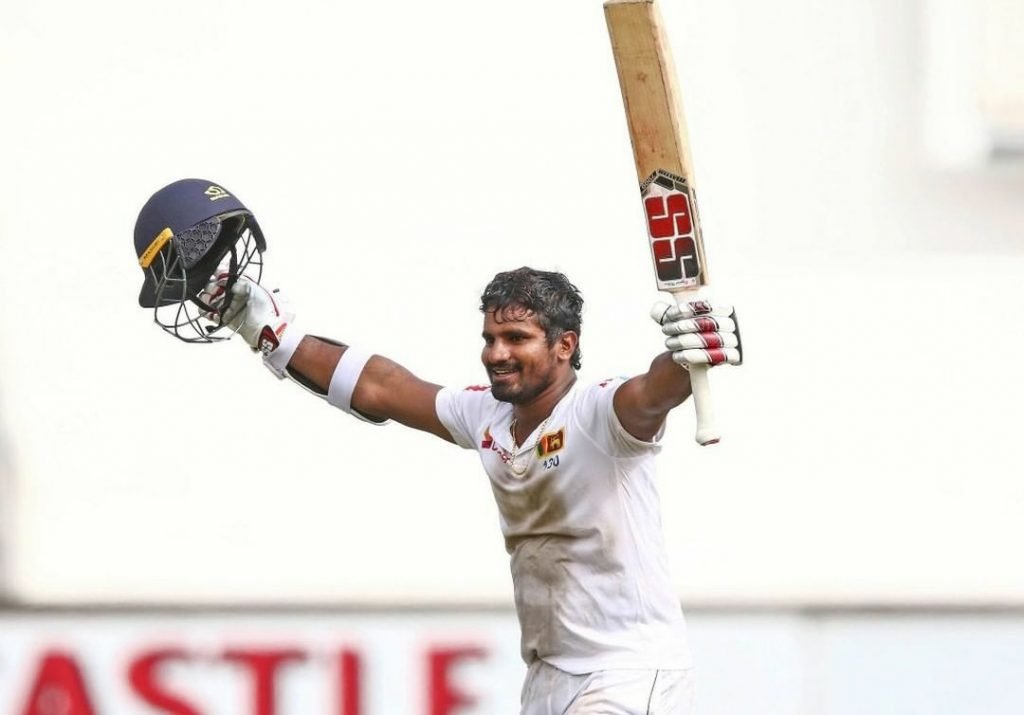 It was a golden year for Rohit Sharma in international cricket. However, it was at the 2019 World Cup where the whole cricketing universe got a glimpse of his cricketing prowess. He began the campaign with a bang scoring a century against South Africa. He followed it up with centuries against Pakistan, England, Bangladesh and Sri Lanka. He beat the previously set record of Kumar Sangakkara who had scored four centuries in the 2015 World Cup.

Moreover, Rohit also ended up as the highest run-scorer in the World Cup with 648 runs in 9 games at a scintillating average of 81. He went on to accomplish a barrage of achievements for his sensational batting show throughout the tournament. While his team bowed out in the semifinals, it will personally remain a very special one for the Indian opener who made it count at the biggest stage. 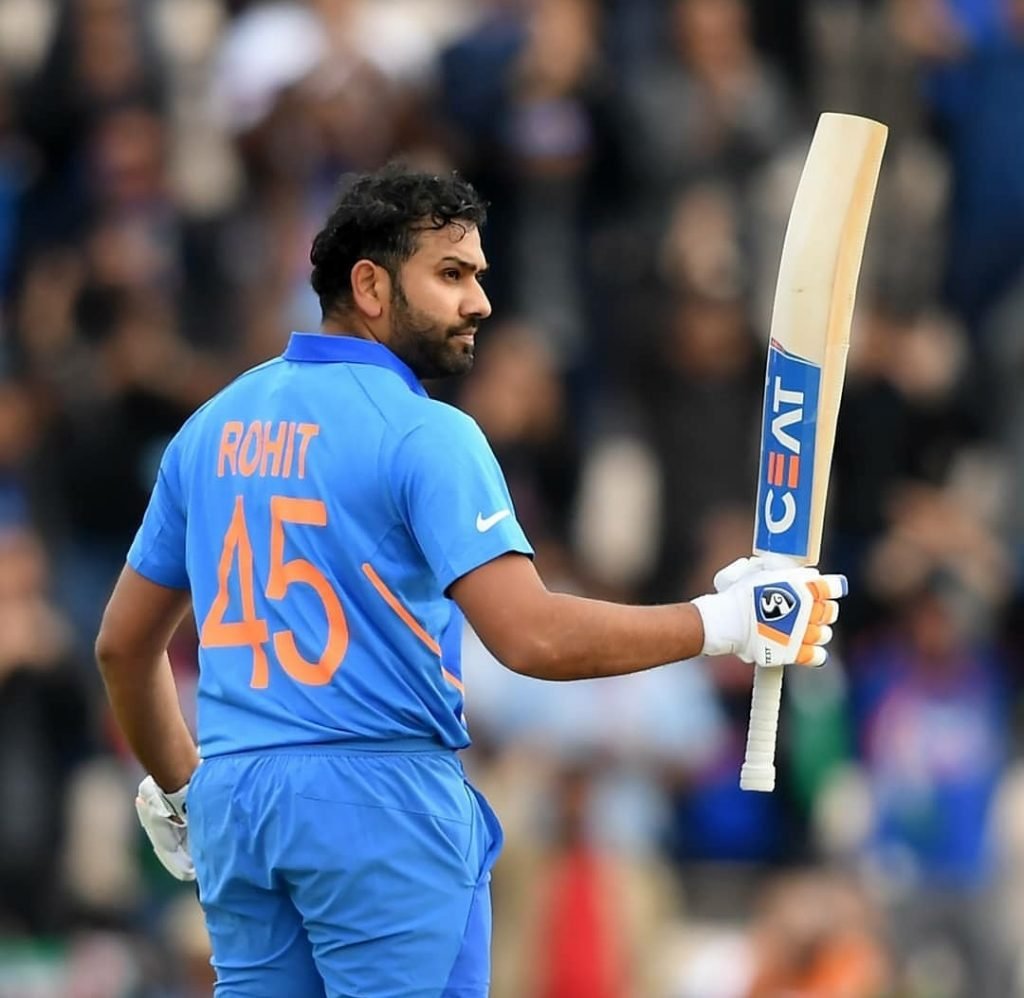 5. Pat Cummins – Rising above the Ashes

The Australian right-arm pacer who came back from a back surgery had an amazing year with the ball. He went on to pick 14 wickets in the Indian limited overs series earlier this year which was followed by a remarkable performance in the World Cup. However, it was in the traditional format where Pat Cummins was absolutely marvellous.

Not only did he end up as the highest wicket-taker of the year with 59 scalps but also proclaimed himself as the No.1 bowler in the ICC rankings. His sensational spells of bowling in the Ashes kept the English batsmen under check as he accounted for a tally of 29 wickets which was peerless. If it was Rohit Sharma’s year with the bat, then Pat Cummins was second to none when it came to bowling. 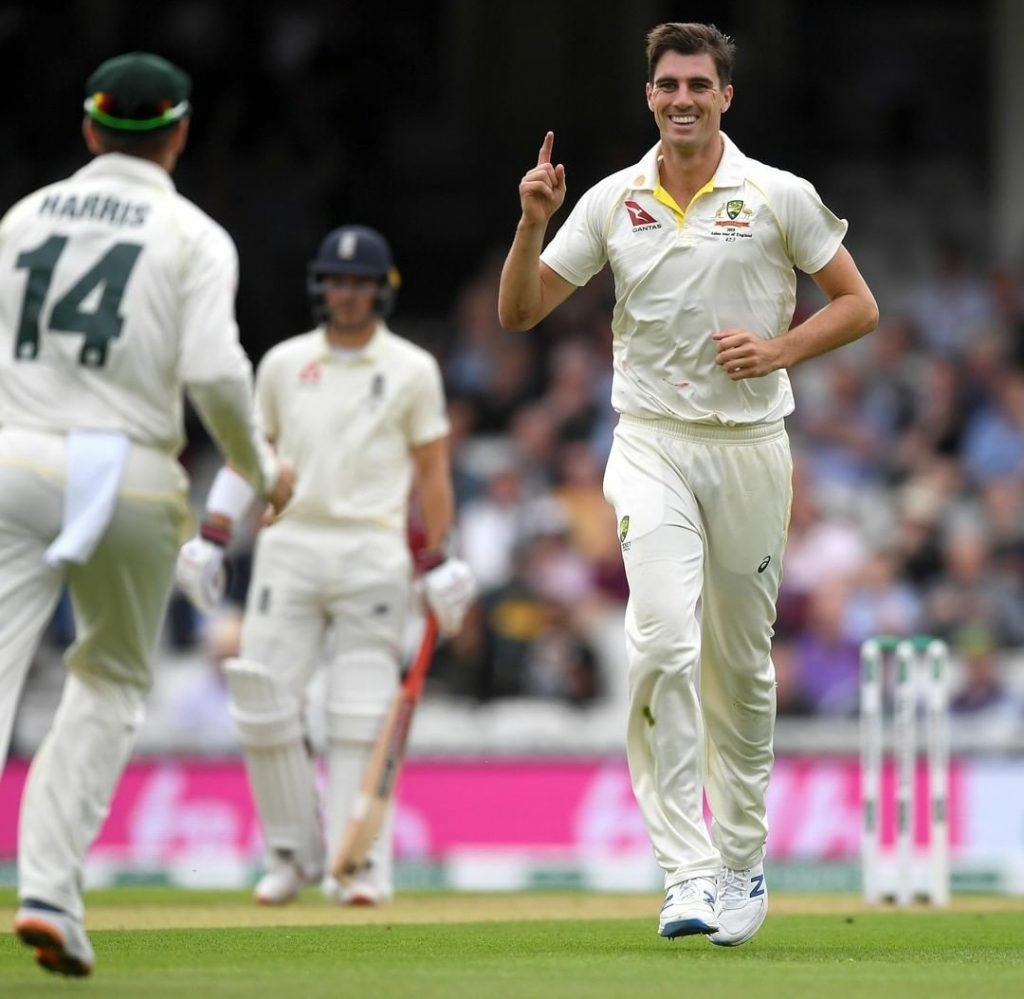 Batting first, the Black Caps rode on a fantastic century by skipper Kane Williamson after losing a couple of early wickets. With a total of 291/8, New Zealand were surely on top. West Indies lost Shai Hope and Nicholas Pooran early but the Gaylestorm took off for the Caribbeans. However a collapse in the middle that saw them reduce from 142/2 to 164/7 took away all hopes of a win. Both Trent Boult and Lockie Ferguson picked up a chunk of wickets.

This is when Carlos Brathwaite stepped up with an outstanding innings. Batting with the tailenders, he singlehandedly lifted the Windies spirits by reducing the deficit. The equation went down to 47 runs off the last five overs with just one wicket in hand. Brathwaite batted patiently until he decided to unleash his firepower against Matt Henry in the 48th over where he slammed him for 25 runs. With just six runs required, Brathwaite who had already completed his century tried to clear long-on but Trent Boult held on to a wonderful catch.

A loss that was very difficult to fathom for West Indies, more importantly for the fallen warrior, Carlos Brathwaite. One of the best knocks of the World Cup without a doubt. 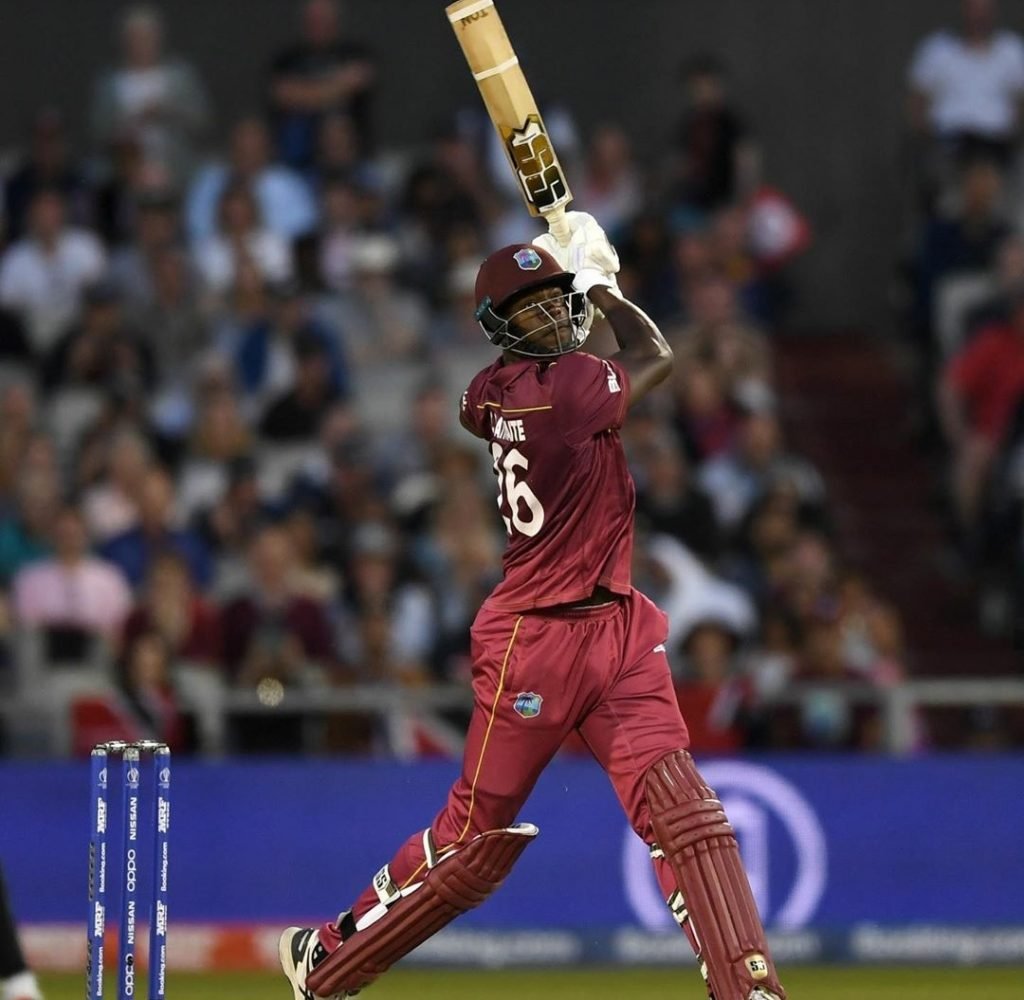 Afghanistan had a painful start to their Test cricket journey after they were blown away by India in their first ever Test match within two days. Nevertheless, they secured their first ever Test win in 2019. Facing Ireland in a one-off Test, the Afghans put up a brilliant all-round performance to register their first ever Test victory. Rahmat Shah was the standout performer with innings of 98 and 76 and was also rewarded the Man of the Match.

However, that was not all for the Afghanistan team. They continued to impress in red ball cricket as they also defeated Bangladesh at their own den with a huge 224-run victory. Rashid Khan was the architect as he picked up eleven wickets. On the other hand, Rahmat Shah became the first ever Afghan batsman to score a century in Test cricket. As they continue to rise the ranks, it won’t be long before Afghanistan establish themselves as a contender in all three formats. 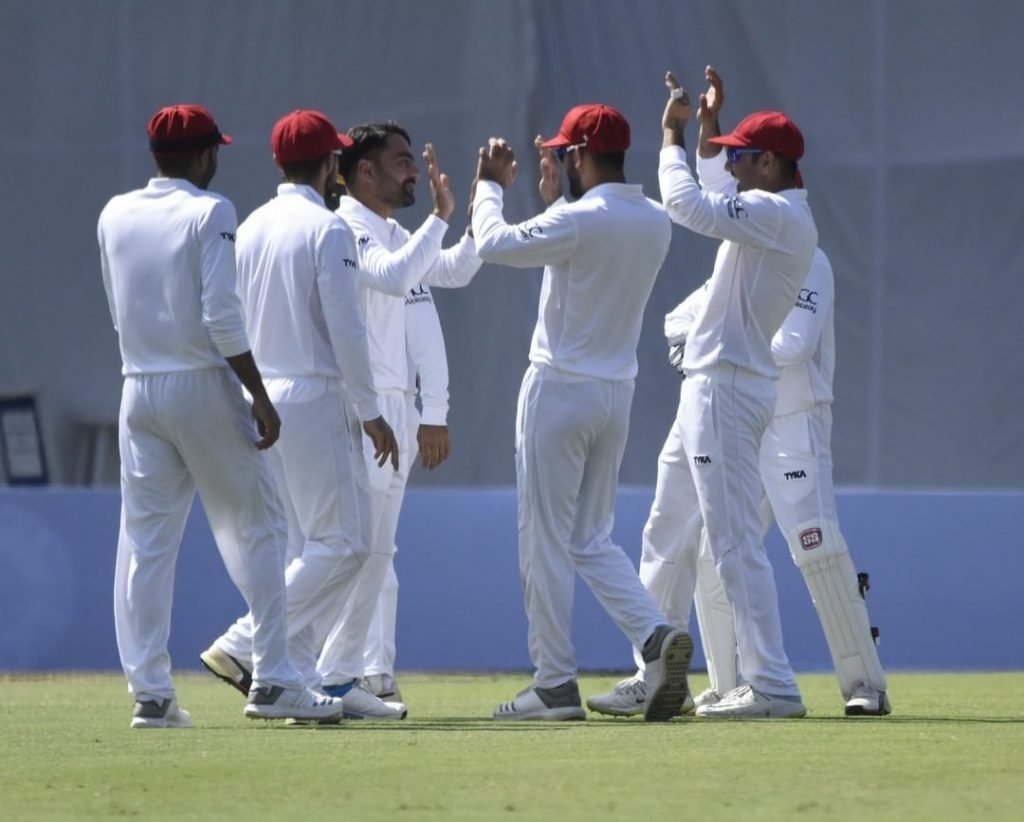 8. A year of hattricks for the Indian contingent

With four consecutive wins in the World Cup, the Men in Blue were at the top of their confidence when the Afghanistan side put them to task. The match went down the wire with 15 runs required off the last over, courtesy Jasprit Bumrah and Mohammed Shami who just conceded 8 runs in the last over. Shami not only managed to successfully defend but also managed to pick up a hattrick as Afghanistan were bowled out on the penultimate ball. He also became the second Indian bowler after Chetan Sharma to take a hattrick in the World Cup. 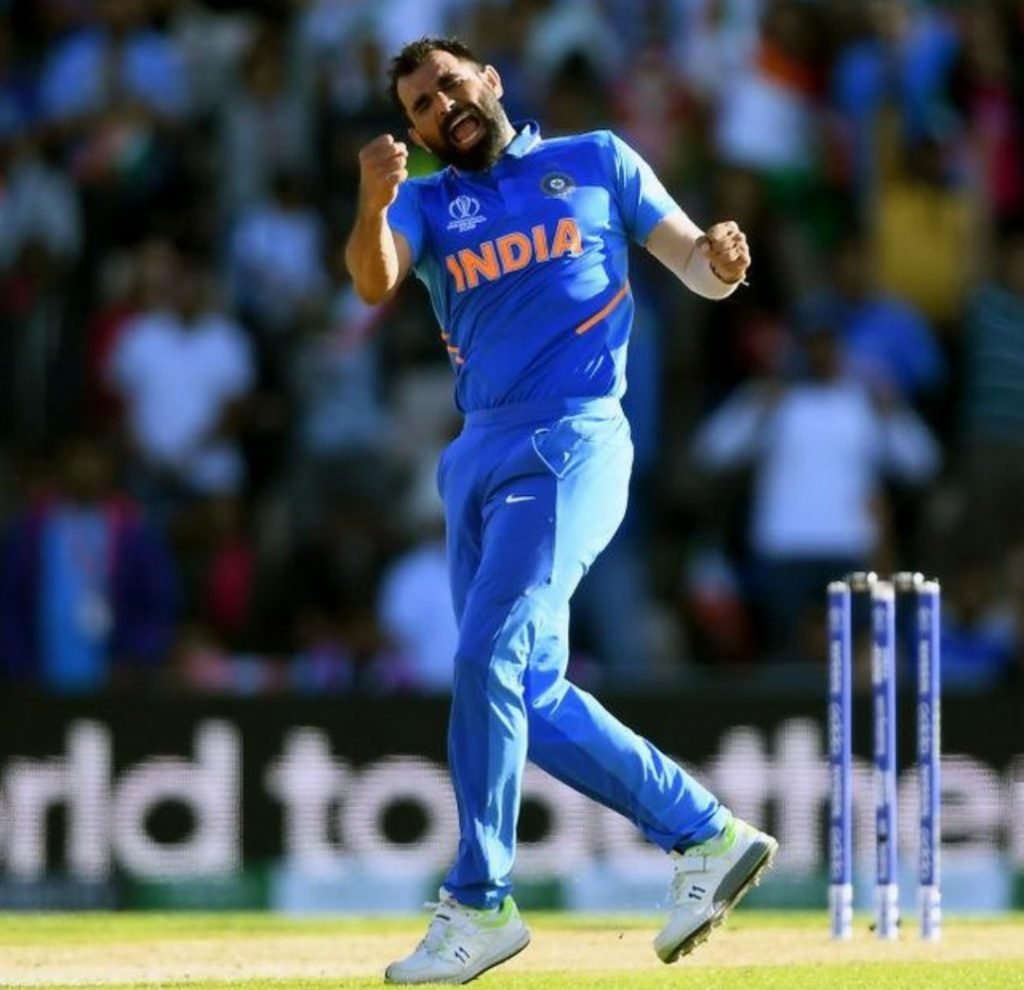 For the man, who has been on song for India whenever he comes to the crease. Jasprit Bumrah was in midst of a fiery spell against West Indies at Sabina Park. He first got rid of Darren Bravo before castling both Shamarh Brooks and Roston Chase in front of the stumps to complete a triple. He became only the third Indian bowler to take a hat-trick in Tests. Bumrah ended up with a six-wicket haul and finished with 14 wickets in the two-match series. 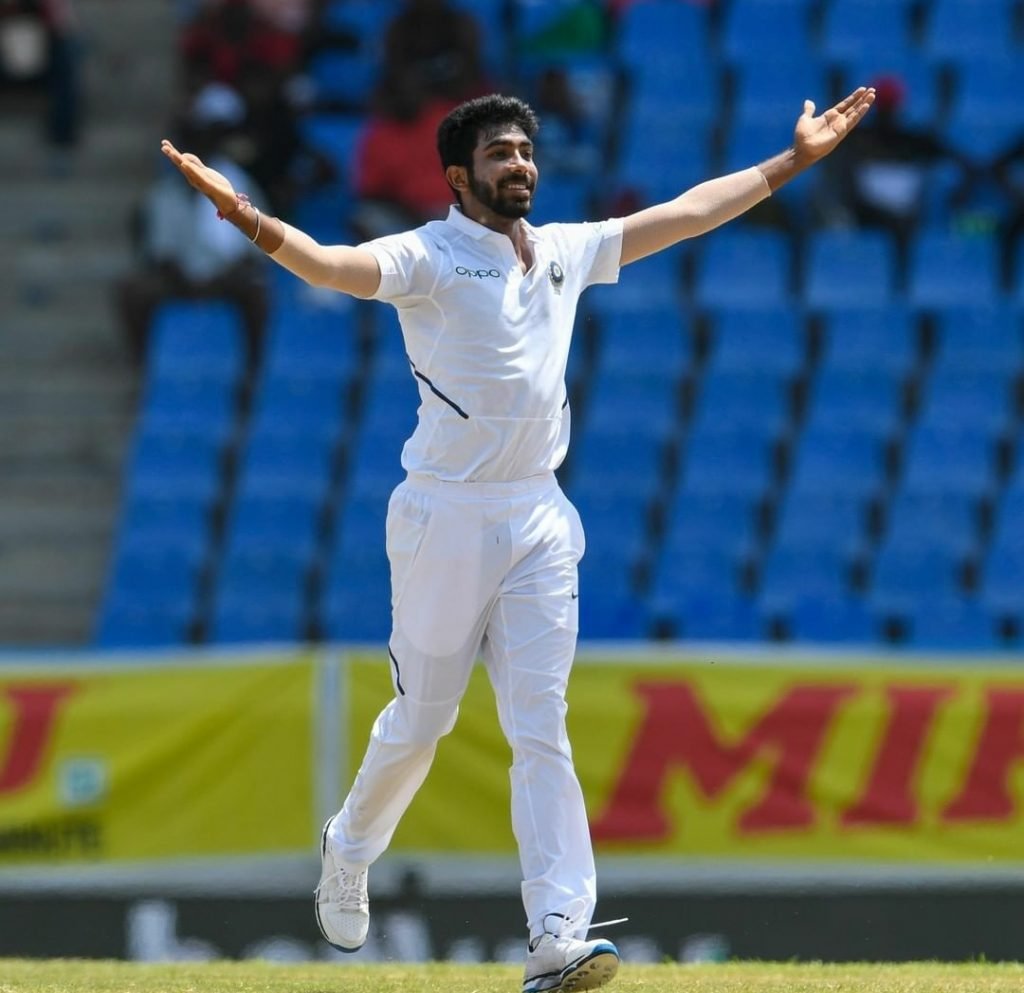 It was not a great 2019 for Kuldeep Yadav. Whether it was being dropped in the IPL midway after a string of poor performances or the not so inspiring bowling in the World Cup. He was even dropped for a brief period. Recalled for the West Indies series, Kuldeep went on to become the first ever Indian bowler to pick multiple hattricks in international cricket. His scalps included the in-form Shai Hope, Jason Holder and Alzarri Joseph. He later remarked that it had been a tough 4-5 months for him and it was a result of his hard work. 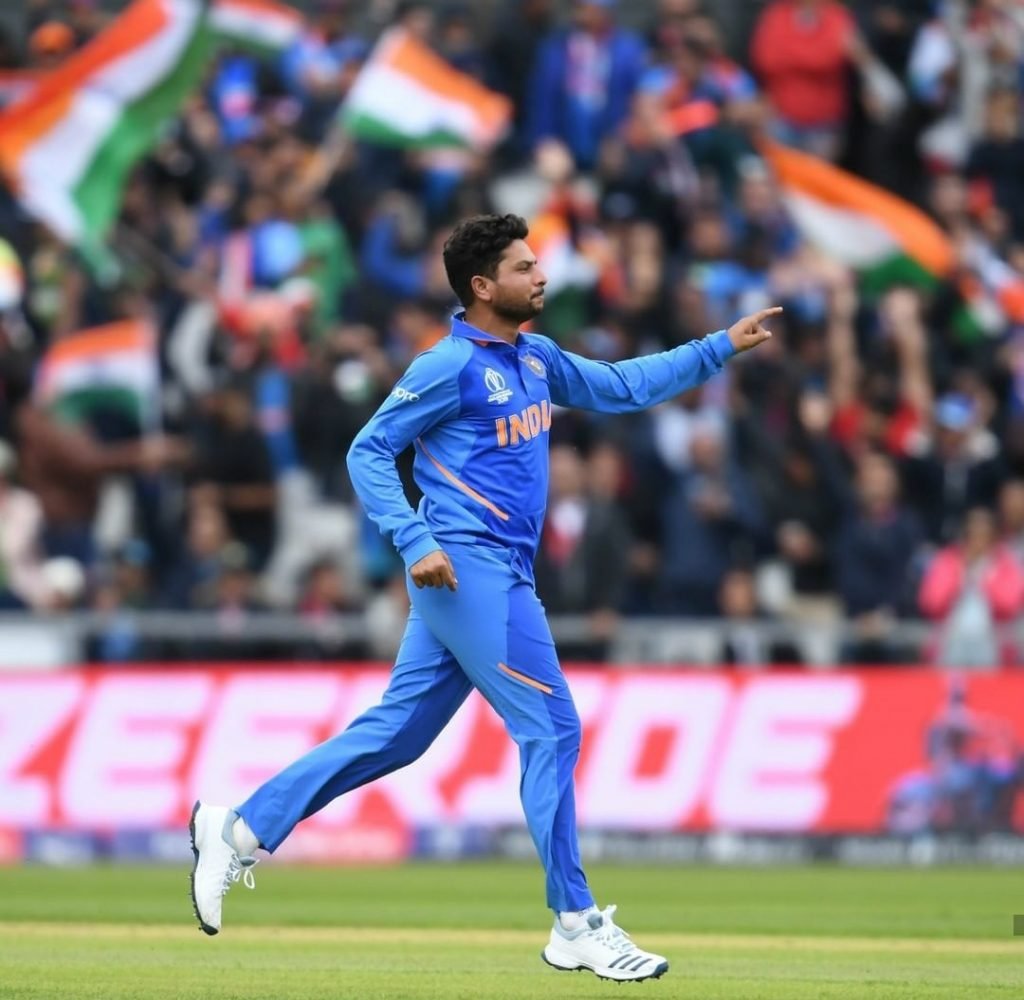 The year started with a historic Test series win for India as they defeated Australia Down Under for the first time ever. While the visitors had already retained the Border Gavaskar Trophy with a 2-1 lead in the series against their counterparts, it was the final test at SCG that was going to determine whether India will win the series.

Riding on centuries from Cheteshwar Pujara and Rishabh Pant, India posted a mammoth total of 622/7. After restricting Australia for 300, Virat Kohli’s men gave them a follow-on. However, a washed-out day resulted in a draw. Nevertheless, India went on to win 2-1 and achieve a memorable series victory. 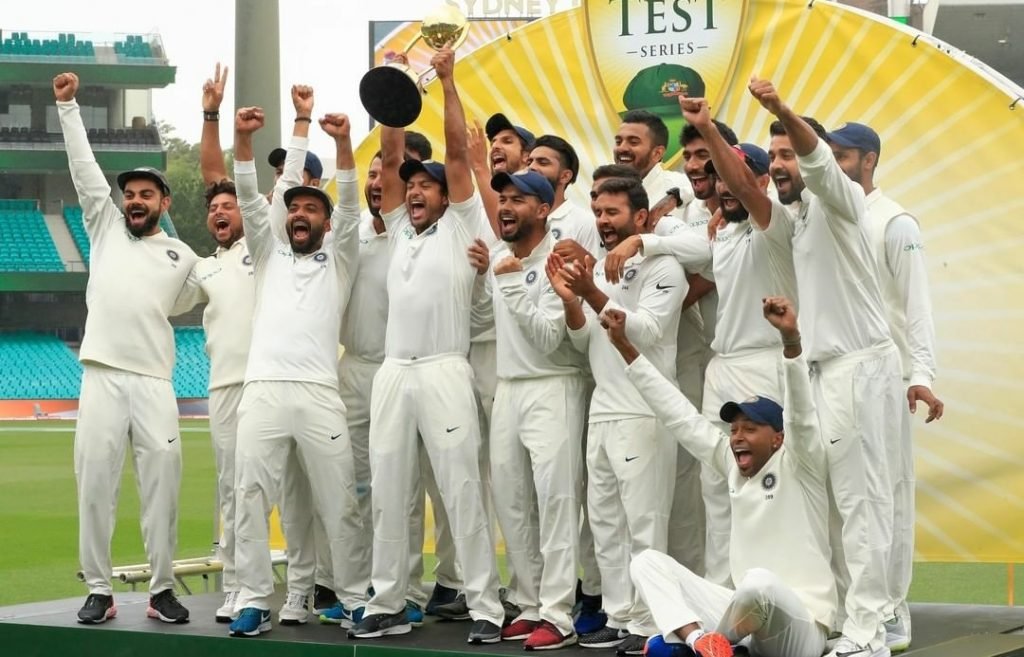 The WTC that was a long-proposed plan by the International Cricket Council finally kicked off after the end of the World Cup. A unique points system where every team plays six series – each consisting of 120 points. Currently, it’s the No.1 Test team India that has won three back-to-back series and leads the points table with 360 points. Australia is placed in the second position. The World Test Championship is expected to continue till 2021 where the top two teams will face each other in the final at the Home of Cricket, i.e. Lord’s.

It was an eventful year for the cricketing universe and it certainly had its highs. Hopefully, 2020 will match up to the enigma in 2019. 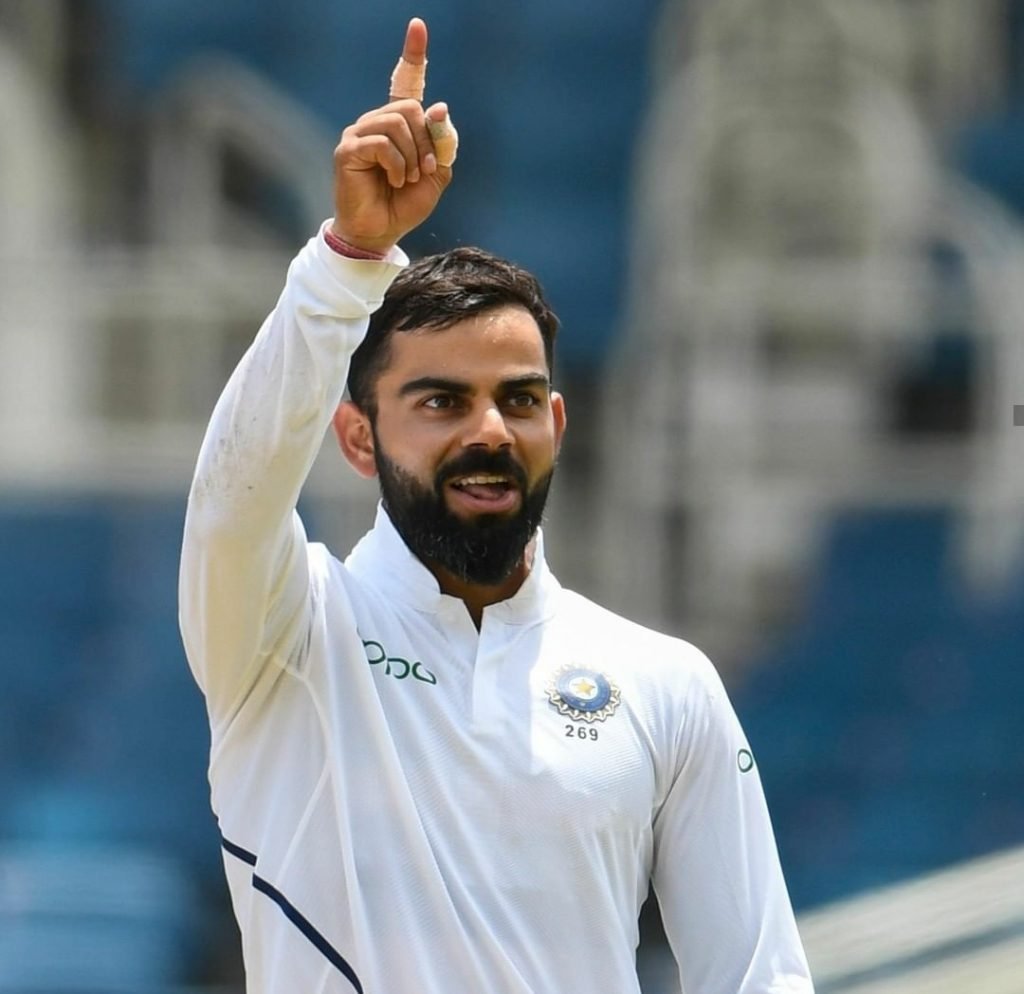