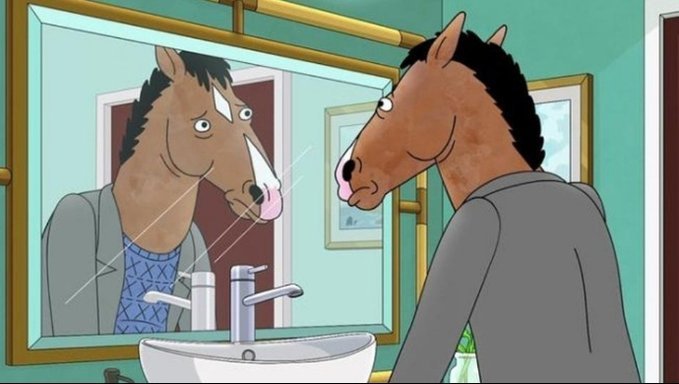 True to Its Brand, BoJack Horseman Shows That Happily Ever Afters are Overrated

Before heading into deep dives, here is what you should know about BoJack Horseman, the show:

BoJack Horseman’s final season was released on 31st January. By now, we know what to expect from the show. It is not for the faint-hearted; it is definitely not for those easily offended. So when I sat down for the sobfest that is the season and series finale, I would be a fool to expect a linear, explicit resolution.

We wanted answers, and we got them. Well, at least some of them…

One of the most remarkable points of the show since Season 5 has been the hinted storyline on #MeToo. Our questions for the show mirror our skepticism for the real-life villains of the story: how can an eye-for-an-eye be meted out to a sexual assaulter or abuser? 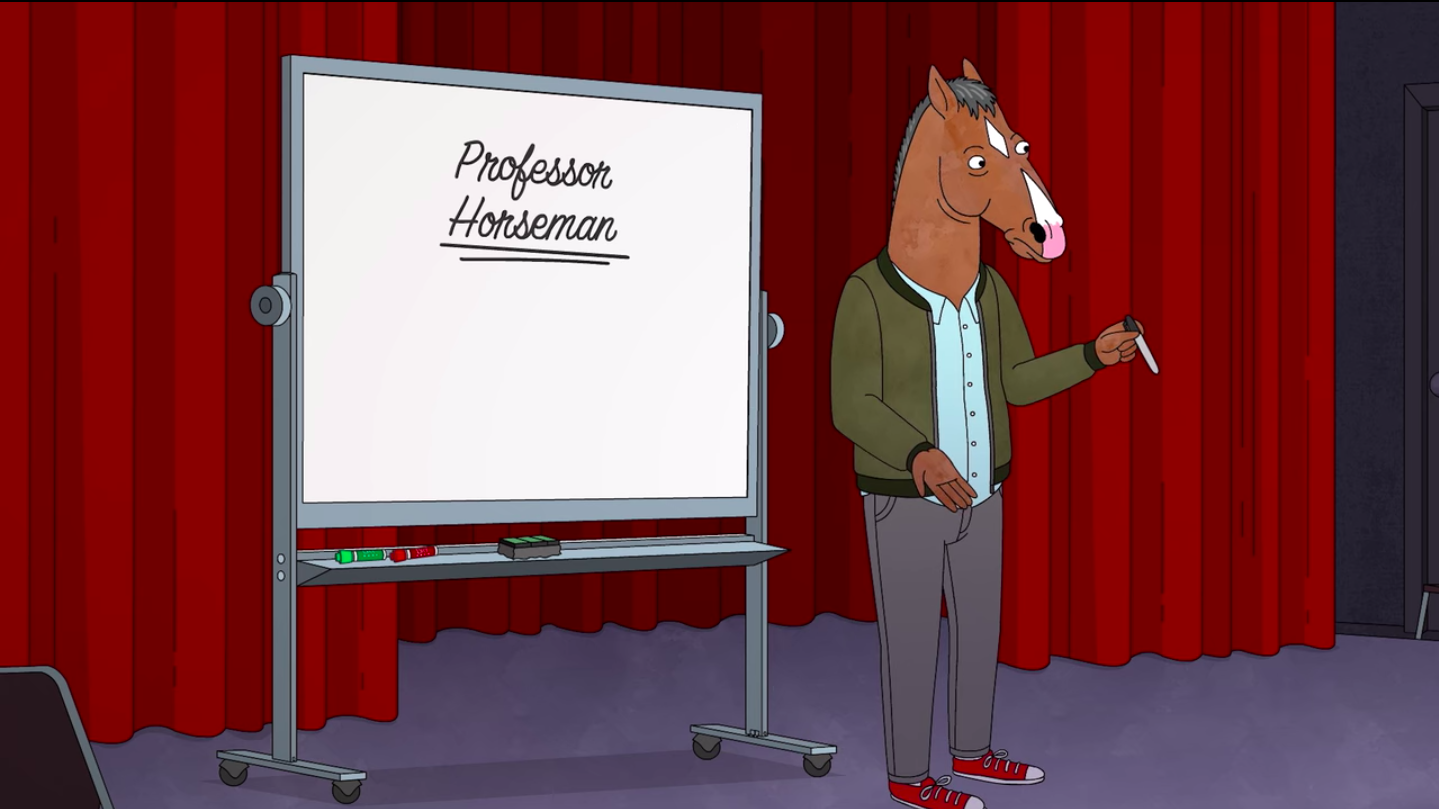 It explicitly also talks about the non-linearity and unpredictability of recovery: BoJack asks Diane how she learnt to trust happiness and whether she misses the mess. BoJack explains at one point in an interview that would later become possibly the biggest stain on his reputation, ‘I’ve had a lot of what I thought were rock bottoms, only to discover another rockier bottom underneath.‘

Let us talk about the big D: Diane? Depression? The stolen D from Hollywoo?

The show has never been about BoJack alone and this season could not have been clearer on that. In the previous part, the episode ‘The Face of Depression’ dealt with Diane Nguyen’s struggle with her mental illness. Her boyfriend Guy is supportive and her dementors are rather tame, but her childhood dysfunction makes even this frightening. She goes on anti-depressants and in what comes as the truest depiction of recovery, she is shown to have gained weight. The creators of the show do not gloss over the realities of life. Diane also struggles with her book. She is holding her trauma like a ball of fire and wants to use the ashes from the ball to write a memoir. She wants to give her suffering some meaning but turns out she is a great writer in a different genre that does not come to haunt her, that does not require her to ‘access her dark place’.

…you know, those bowls that break and then the cracks get filled with gold and then they’re even more beautiful? Maybe it’s like that, you know? Like, we’ve all been damaged, but it’s good damage because it makes us more who we are.

There is a solid but subtle storyline about recovery throughout this season. First due to BoJack’s rehab and back, then with Diane’s storyline.

How does BoJack Horseman go silent: With a bang or with a whimper?

‘There is always more show…until there isn’t.’ The last season began with a major cliffhanger, followed by twists and turns until we reached the last bit. BoJack has taken leave from prison for a day to attend Princess Carolyn’s wedding. There we have a moment to smile, because all we have ever wanted is for Princess Carolyn to be happy. After catching up with the bride in a bittersweet (but mostly painful) conversation, BoJack sneaks out to the roof to find Diane Nguyen. Diane has been such a persistent and familial presence in his life that it struck me dumb and numb when he says, ‘Hey, wouldn’t it be funny if this night was the last time we ever talked to each other?‘ 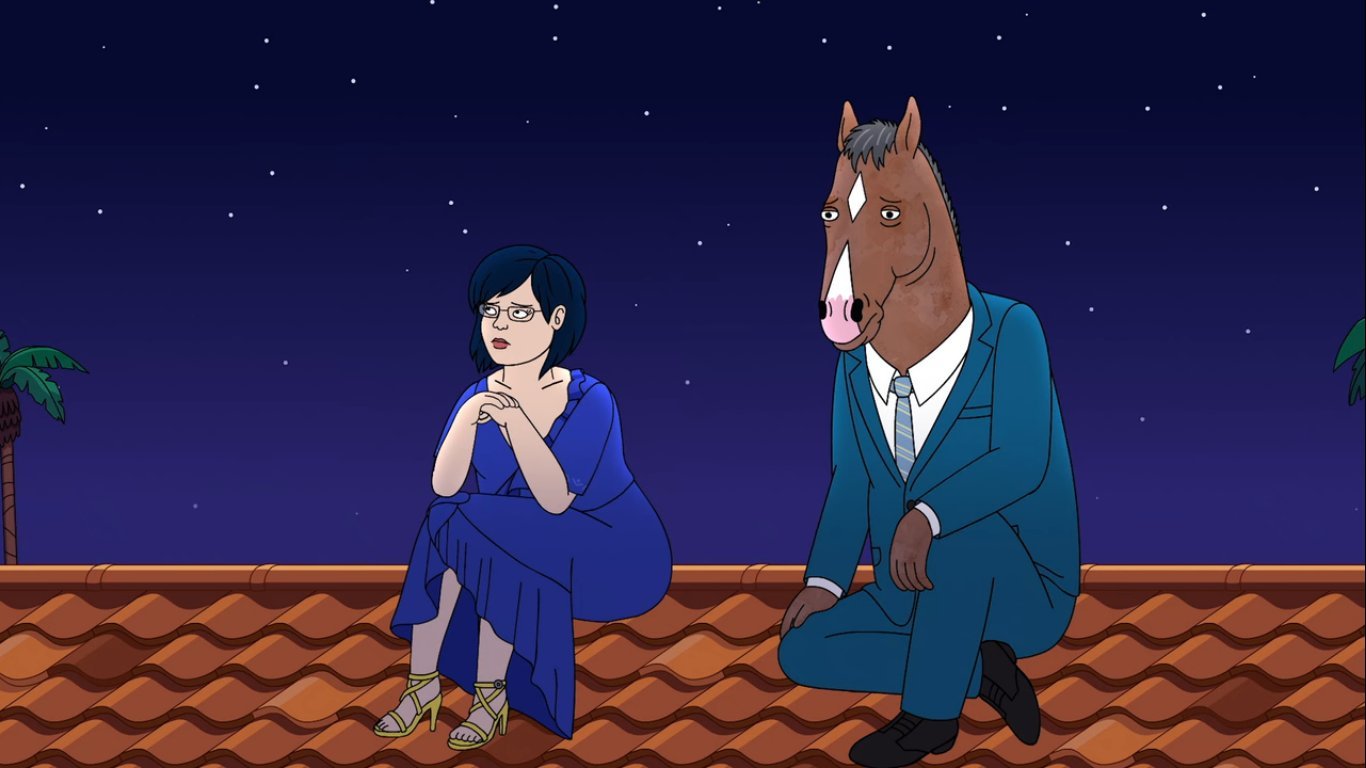 The last scene of the show packs more emotions and wisdom than can possibly be handled by our fragile hearts. On the rooftop, Diane and BoJack are saying what seems like an irreversible goodbye. The finality of this is humbling. Theirs is an inexplicable relationship. They know each other too well, which is why they have to let each other go. Together, they are too damaged. And as tragic and heartbreaking it is, letting go is the only way Diane can have a shot at the elusive happiness, or at the very least, the pursuit of it. Now that she has shunned her holier-than-thou demeanour, she seems too human, too hurt and too tired.

There’s a lot to revisit in the previous seasons that foreshadows the future, but this statement stands out distinctly for me, ‘Every day it gets a little easier. But you gotta do it every day. That’s the hard part.’

“Thank you for making me feel seen, BoJack Horseman”: Fans, all across the globe

We don’t come across shows that can tackle and pack so many punches in a single thread. It’s the creative beauty of the show. But BoJack Horseman did something more. What we liked the most about the show BoJack Horseman was that we finally felt understood. TV shows and cinematic art has always been about grandiose gestures and exaggerated antics. But we saw our flaws and fallibility in these characters. We learnt from these characters. When the show taught us, it was with both snark and sincerity. The point is that we understood it and it reciprocated by making us feel understood and seen too.

In this light, fans’ speculation that BoJack would die of an overdose wouldn’t be surprising but still be tragic. Yet, the show must go on and that leaves BoJack alive to deal with the consequences of his actions. So now BoJack will keep on living, but I am concerned if he will have a life? 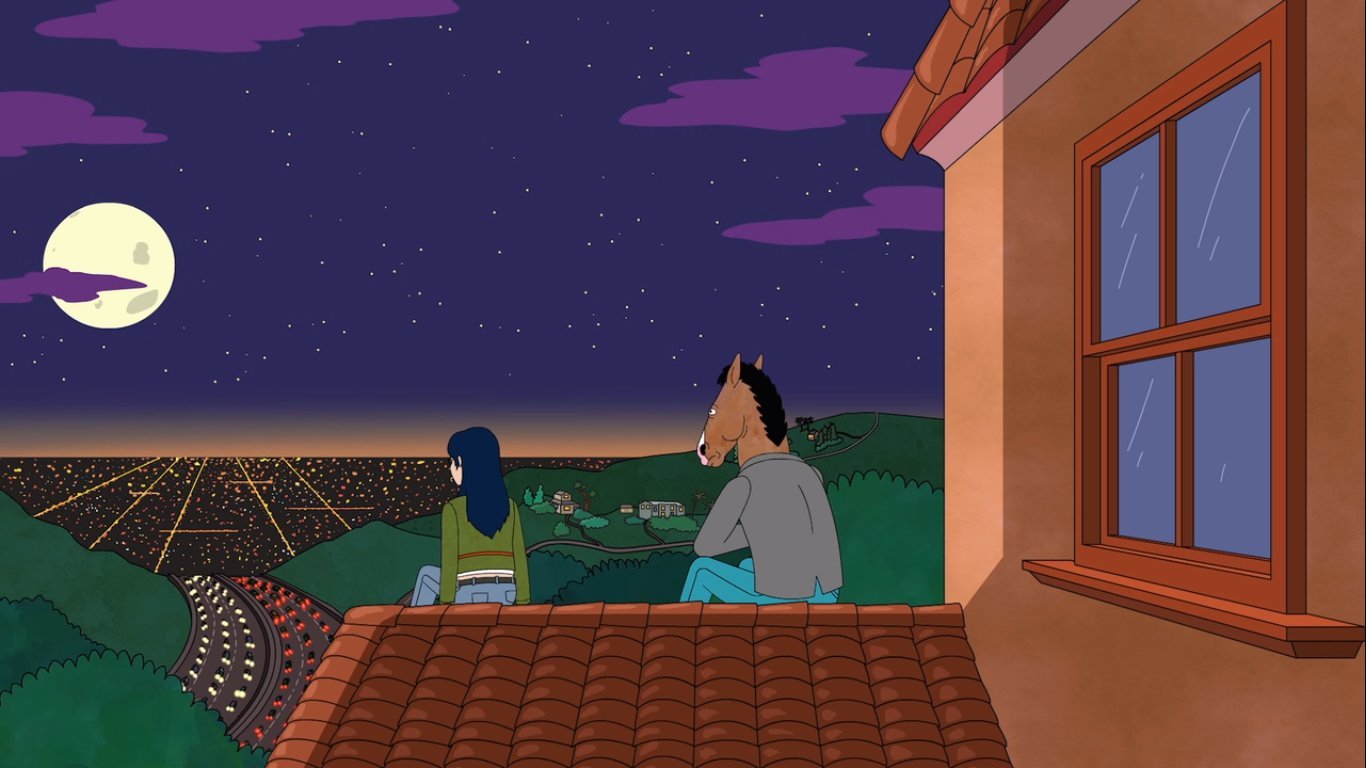 It is what this show did best: it made us confront complicated emotions, it called us out on our negative patterns. You did not ‘relate’ to BoJack. You found your negative traits if you felt that BoJack was relatable. This show made us painfully aware of our fallibility.

I have feelings. Specifically for BoJack. Because the show gave us an ending befitting to the spirit of the show. And that ending is great and the message is clear: it isn’t death we have to fear, instead the scary bits reside in living with the ghosts of our past mistakes, battling the current trials and taming the future uncertainties.

So as the show draws its metaphorical curtains to the tunes of Mr Blue by Catherine Feeny, I stare into the screen with watery eyes. I feel like Meredith Grey from the early seasons of Grey’s Anatomy when she went to see the execution of her former patient and a murderer because she wanted to ‘show him compassion.’ I finally understand her, because, despite all the damage he has done, I want BoJack Horseman to be at the receiving end of compassion.

Unfortunately, his people seem to have moved on — Princess Carolyn is marrying Judah and by telling BoJack she will refer him to other agents, she has established her boundaries. Diane — who at one point fans shipped with BoJack — has undergone her own little tryst with acute depression and is now in Houston, married to Guy. Todd, whose only reason to be with BoJack was for ‘a place to crash’, is independent now. Hollyhock sent BoJack a letter, which seemed to have not reached a resolution or confrontation at all. Mr Peanutbutter picked BoJack from prison for the wedding, but let’s be honest — he’d leave you at the slightest sighting of Erica — at a party and in life.

So, here’s my tearjerking thought-spiral: when BoJack gets out of prison, how is he going to lead the life he so earnestly wants to, without a support system. My thoughts keep going back to the time PC and Diane sat with him in his office at Wesleyan to figure out why the journalists were after him. They were still invested in his life, even with their refusal to let him play the victim. And now…they’re gone. Diane is right when she questions why BoJack let her believe that saving him was her job.  It wasn’t. Diane has been through an unpalatable childhood herself; she should know.

But it seems unkind, if not unfair: BoJack’s childhood trauma had translated into his shitty behaviour and actions. He is now trying to hold on for dear life: trying to find meaning by volunteering to direct theatre in prison, in little pursuits that will fill his life. He is finally understanding — and so are we as the audiences, that it isn’t death that kills us, it is living that does.

And yet. Was the damage he did, and by extension, the damage done to him as a child, so irreparable that he has to live with the consequences of it forever? As a digital native, the material effects of the cancel culture seem jarring to me. Where do we draw the lines in making empathy our governing emotion? Who decides whether the punishment meted out to a culprit suffices and how? Would it make me a lesser feminist if I seek this? Does this seem like we are lionizing miscreants who show up as allies or as apologetic just because they are men? When does the reckoning end and when does penance become proof?

I will seek answers in my re-watches of ‘The View from Halfway Down’ because where do we, after all, go from here?