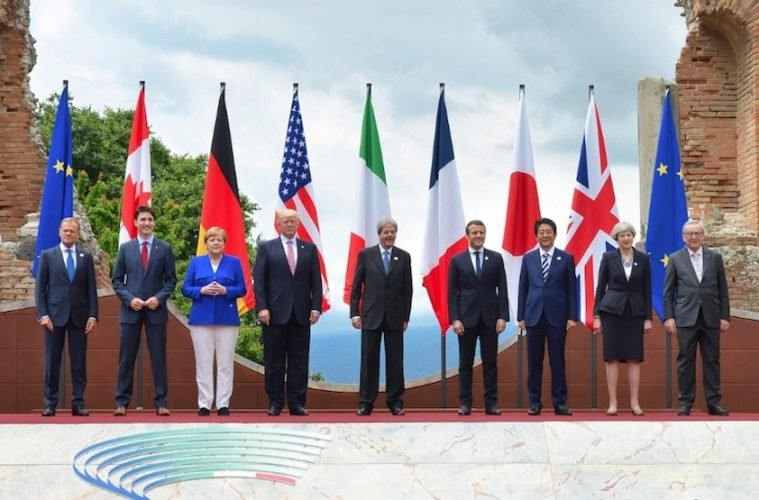 G7 Nations are all set for the annual meet, the “44th G7 summit” in La Malbaie, Quebec, Canada on the 8th and 9th of June. This is going to be the sixth time that Canada is hosting the summit since 1981. The group of seven nations – Canada, Germany, Italy, France, the United Kingdom, Japan, and the United states, along with the EU leaders, are all set to meet and discuss issues such as global economic governance, energy policies and international security.

Besides the designated issues to be talked about, each nation has its own agenda.

Leading to the summit, Donald Trump has already made his intentions clear. He is standing by his election moto of “Make America Great Again”. His rampant trade tariffs have left even his allies astounded. Trump’s decision to impose 25 per cent import duty on steel and 10 per cent on aluminum imports, from Canada, Mexico and the European Union has led the G7 members to hostility.

But will this work in the long run? History suggests otherwise. After the global financial crisis of 1929, US acted by imposing the Smoot-Hawley Act, raising tariffs on more than 20,000 import goods. This was met with retaliatory tariffs from the counterparts, leading to further slowing down of the global economy, and eventually, The Great Depression.

Other than Trade, environment is certainly not in Trump’s checklist. United States had already made the decision of withdrawing from the PARIS AGREEMENT of 2015 on climate change mitigation, back in June 2017.

Canada being the host nation, has outlined the objectives of the G7 summit. As learnt from the previous meets, emphasis is on the similarities rather than the differences. These objectives include ‘investing in growth that works for everyone, preparing for the jobs of the future, advancing gender equality and women’s empowerment, working together on climate change, oceans and clean energy; and building a more peaceful and secure world’. But these are all far-fetched. Especially, keeping in mind the “Trump factor”.

Canadian Prime Minister, Justin Trudeau, has already hit back at the newly imposed US tariffs. Canada, the largest exporter of steel and aluminum to the United States, is set to impose counter-tariffs. These will be of 25 per cent and 10 per cent on US$16.6 billion worth of American metals, farm goods and other products. This shall take effect from July 1.

Though the US-Canada ties are at all time low, Canada is leading the front on many issues with strong backing from the French counterpart, Emmanuel Macron.

But whether Justin Trudeau will be able to pull off this summit, needs to be seen. 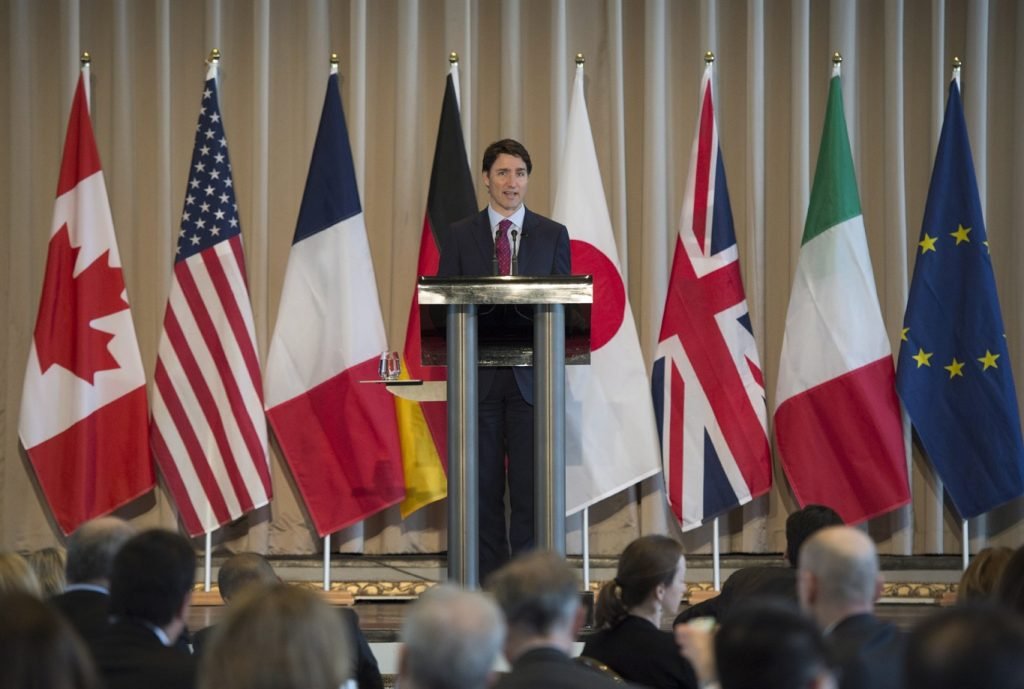 UK, Germany, along with Canada seem to be trying to bring Trump to the negotiating table with regards to more free trade. But the chances of that happening are second to none. Considering the “BREXIT” and the Future Trade scenario for her country, there is a lot on stake for UK Prime Minister, Theresa May. The leaders of the EU have specifically imposed counter tariffs on a number of American goods entering the union. This is to persuade Trump’s administration to deescalate the situation and avoid a potential Trade war.

Japan’s market space relies heavily on export of parts into other countries. They are then assembled and sold to the global market. But mainly to the United States. Trump’s recent trade tariffs could end up hurting the Japanese economy and Shinzo Abe has made his concerns vocal in a calculated effort. United States is the key ally to Japan in its confrontation with North Korea. Ahead of the G7, Japanese Prime Minister has also tried to garner support for Donald Trump for his upcoming meeting with the North Korean leader Kim Jong Un.

Government in Italy is relatively new. The newly elected prime minister, Giuseppe Conte’s government recently faced the confidence vote in the parliament. Italy’s preoccupancy with the refugee influx was evident all through the elections. However, as such, no set agenda was brought forth before the summit.

President Emmanuel Macron previously shared a great rapport with the President of the United States. However, not all is well between the two leaders now. France has kept a constant stance on maintaining multilateral-ism for global issues. Although it has already shown strong will of equal retaliation to the US trade tariffs. In a strong rebuttal, Macron said, “we don’t mind being six, if need be, because these six represent values, represent an economic market, and more than anything, represent a real force at the international level today”. France could well lead the front against Trump and his trade Protectionism at the G7.

The G7 summit is going to be an awkward affair, with the evident multiple blocks within the block. There will be a lot happening between The Trump rhetoric, the Canadian balancing act and the Emmanuel-Trump heartbreak.

P.S.- Trump has also made a statement on including Russia in the G7 meet. Thus, adding more spice to the chemical X that the summit is expected to be. In his characteristic way, he has been quoted saying, “Why are we having a meeting without Russia in the meeting? They should let Russia come back in because we should have Russia at the negotiating table.” Awww. Such love! 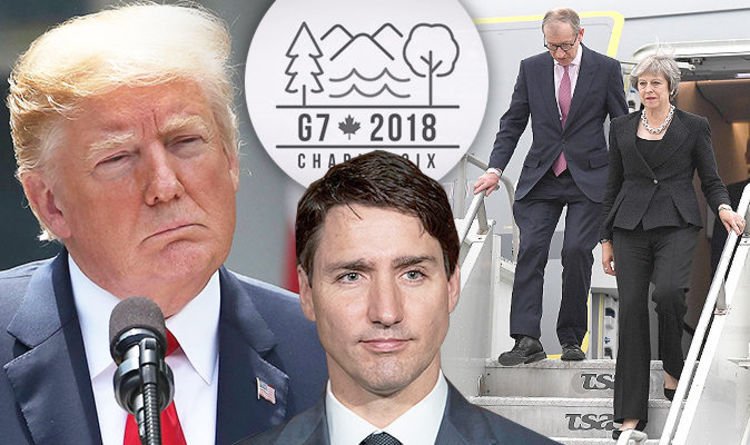