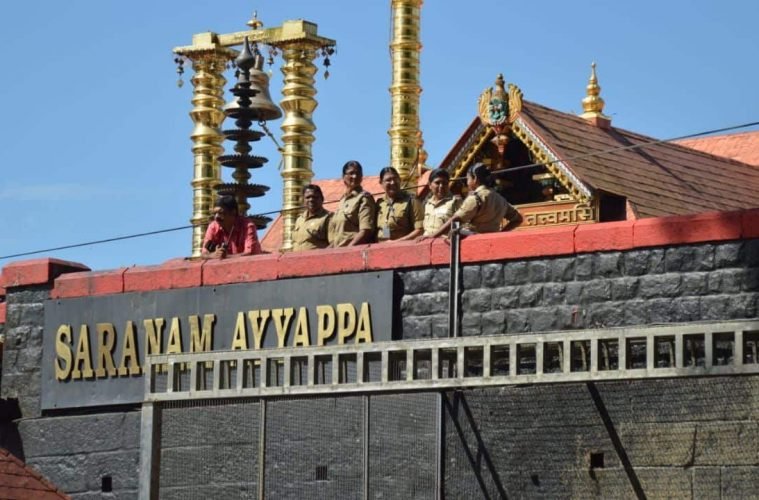 On January 2, women below the age of fifty entered the Sabarimala temple of Kerala for the first time ever and offered their prayers. While this is something to celebrate, the violence and protests that have gone behind making this happen are startling.

The Ban on the Entry of Women

Traditionally, menstruating women were not allowed to enter the temple. This was based on the belief that the chief deity of the temple, Lord Ayyappa, is an avowed bachelor who has taken an oath of celibacy. This meant that, in effect, women below between the ages of ten and fifty were banned from entering the shrine and offering their prayers.

In September last year, the Supreme Court passed a judgement revoking this ban. The bench found it discriminatory and in violation of the rights to equality and life. It was also observed that this classification rendered menstruating women as ‘untouchables’ and the same cannot be accepted under the law.

The Criticism Against Allowing Entry to Women

While this verdict was celebrated as progressive and timely, it was also met with criticism. Right from the start, sections of devotees and conservatives considered the verdict to be radical and unnecessary. It was believed that the Court is overstepping its limits by adjudicating on matters of ‘tradition’ and ‘religion’.

This criticism manifested itself in the form of rage and violence ever since these women actually managed to enter the temple on Wednesday. A group of right-wing organisations called for a dawn-to-dusk shutdown the next day. Schools were closed and public transport was suspended. Violence broke out in several cities and towns and one person was also killed in the clashes. Chief Minister Pinarayi Vijayan called the shutdown a ‘hartal’ against the Supreme Court verdict. The Congress-led UDF called it a ‘black day’. 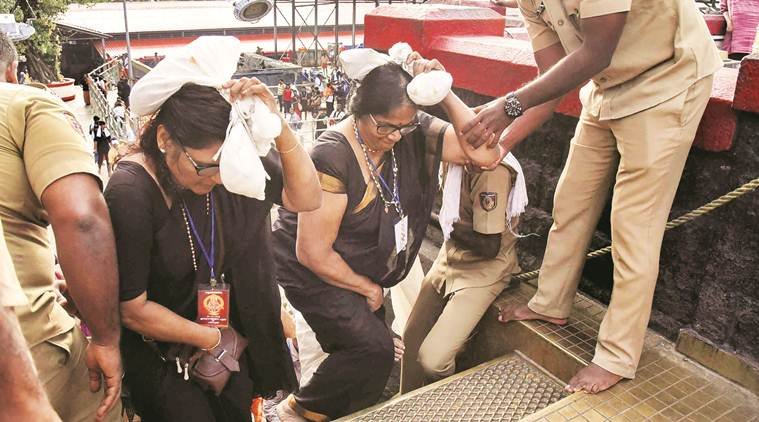 The Successful and Unsuccessful Attempts at Entry

While Bindu Ammini (40) and Kanaka Durga (39) were the first ever women to enter the shrine, they are not the first ever to have tried. The temple opened for the first time in October after the verdict. On the day of its opening itself, a woman was reported to have made an attempt at entering the shrine. Ever since several women made unsuccessful attempts.

In October, Rehana Fathima’s attempt was met with violent protests by the devotees. Later, her house was vandalised. In November she was arrested for ‘hurting the sentiments’ of the devotees. Another notable attempt was made by Dalit activist and teacher, Bindu Thankam Kalyani, who was attacked multiple times on her journey. The police van she was in was attacked and her path was blocked. Later, protestors gathered outside her house and ultimately she was forced to move out and go into hiding for a while. In December, 11 women devotees from Tamil Nadu’s Manithi organisation protested for eight hours but were refused police protection. They returned after being heckled by protestors.

Even Bindu and Kanaka had made an unsuccessful attempt in December last year. Their visit had been met by massive protests by the Sangh Parivar activists and a section of the devotees. However, on Wednesday, with the shelter of the police, they were successfully escorted to the temple premises.

Failure of the Institutions in Protecting Women Devotees

While nobody protested when the women were in the temple, subsequently the Chief Priest closed the sanctum sanctorum for ‘purification rites’. He claimed to be ‘duty-bound to follow the ritualistic practices at Sabarimala’. While no state authority condemned this deeply humiliating action, it was widely criticised by activists all across the country.

It is nothing short of an institutional failure that despite the Supreme Court verdict, women have been repeatedly harassed from exercising their state legitimised right. It is the prerogative of the state to protect the rights of female devotees and provide them with an environment that is safe for worship.

While it is true that the road to creating religion inclusion for women is long and hard; it is one that must be taken. The protests following the entry of the women make it clear that a verdict is not enough to make a change. Although historical dents are being made in the relationship between women and religion, these dents are too individualistic. They also come at a great personal cost for the women that make them. The institutional machinery must provide its support and protection to women devotees. It must be ensured that the verdict of the Court are honoured and respected.