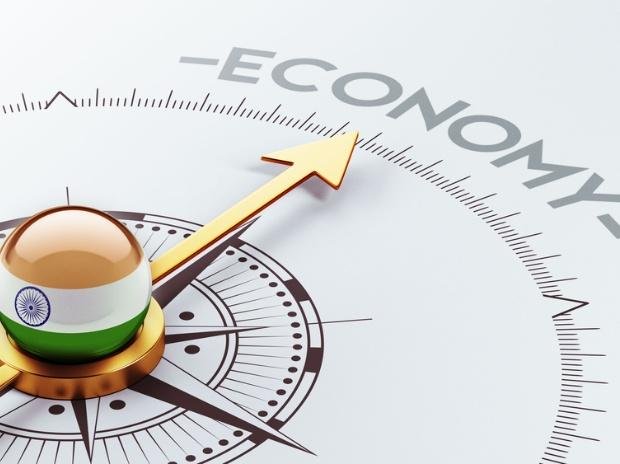 Ever since the usage of currency as an idea gained traction, countries have worked hard on to measure the health of their economies. While countries such as the United States of America use job numbers as a yardstick, India uses Gross Domestic Product (GDP).

On Friday, the Government released the GDP numbers, which indicate the economic growth at only 5% between April and June of 2019. This is the lowest growth rate since 2013, and it is certainly a cause of worry for the Government. The nominal rate of growth was a mere 8%, which is the lowest in nearly 17 years.

While the debate of cyclical and structural rages, let us understand what the brouhaha is all about. Why does the Government use GDP as a measure of economic prosperity? And what is the GDP after all?

GDP, or Gross Domestic Product, is the total value of all goods and services produced during a certain time within a region’s borders. This region could be state, a country or a union. Since GDP tells us the total domestic production of the economy, it is considered to be the most accurate sign of the health of the market.

A high GDP means that the makers of goods and the givers of services see enough demand for their products in the market. A high demand from consumers means that they have dispensable income in their hands. When this dispensable income comes down, people avoid spending on any item other than what is absolutely necessary. This leads to manufacturers cutting down on productivity, which leads to a lower GDP.

The dispensable or discretionary income in the hands of people falls down due to various reasons. One of the major reasons among them is the lack of jobs, and the government stimulus to create more jobs. In modern times, though the private sector is among the biggest employers, it needs incentives to give jobs. If there is a lack of sufficient push from the government, the private sector starts shedding jobs.

However, for growing economies like India, a very high GDP growth is not desirable either. It could lead to overheating of the economy. Too much money in the hands of the people could lead to a severe rise in inflation, which would then be tougher to control.

For the current scenario, let us understand what an economic slowdown is and how does it affect us?

The plague of an economic slowdown has haunted countries since the start of times. As time progressed and countries moved from monarchies to democracies and the economies started becoming complex. And so did the problems that trouble them, including one of economic slowdown.

An economic slowdown is either cyclical or structural. A cyclical slowdown is the economy, like all businesses which have crests and troughs, taking a break due to various external and internal factors. These slowdowns are generally short-term in nature and usually catch up with some monetary stimulus by the government.

A structural slowdown on the other hand indicates that the policies of the government have not suited the market conditions, and therefore need to change. One of the best examples of the economic crisis of 1991, and the subsequent opening of Indian markets to the world.

How Does An Economic Slowdown Affect Us?

The math is quite simple really. Due to the lack of structural reform policies or a stimulus from the government, private industries go into hibernation. This means that the work-eligible graduates who are ready to join the work-force find it extremely difficult to get a job of any kind.

Had India been a closed economy like North Korea, this would not have been a problem. But as the world’s largest democracy, which has trade ties with nations all over the world now, this problem needs to be addressed as soon as possible.

How Close Are We To Recovery?

The current economic slowdown that we are facing is one of the worst in decades. All the indicators of a healthy economy such as number of jobs, private consumption among others are seeing a sharp fall, since the last few months.

The government and its functionaries are assuring that the slowdown is a mere cyclical one and not a structural one. On the contrary, critics are sounding the bugle on the need to deep rooted reforms to pull the economy out of shambles.

The reports however all indicate that the slowdown is very much a structural one, rather than a temporary cyclical one. Consider for example reports that unemployment in the country is at a 45-year high. The government initially denied the report, but later confirmed it. The politics of it apart, there has been little response from the authorities to tackle the issue.

This job crisis was further worsened when several reports indicated that close to 2 lakh jobs in the auto industry were lost in merely 3 months of the new financial year.

To add to the woes of this, even biscuit industries started saying that they would have to let go of as many as 10,000 workers in the next few months if the government did not accede to their request of lowering the 18% Goods and Services Tax rate for their industry.

It goes without saying that reforms in land, labour and agricultural policies are need of the hour. Declining wage growth, and job losses also need attention through proper policy intervention at the right places. Improving the ease of doing business by improving tackling various issues such as labour shortage, security and safety, as well as other socio-political factors also need to be factored in.

The government will immediately need to come out with measures to boost spending in the market. Along with that, the debt-laden real estate industry will have to be dealt with very firm hands to ensure that the vast inventory of unsold flats gets on the market.

Other than this, reforms in the labour policy, to allow private companies to hire quality workers at affordable rates, will also need a boost. The Insolvency and Bankruptcy Code, which were our biggest reform in ease of doing business, will need a overhaul.

The government will also have to almost immediately rationalize and smoothen out the hiccups in the payment of GST. Together with demonetization, GST has broken the back of most small and medium industries, forcing them to shut shops. This in turn has led to the sharp rise in the non-performing assets of banks, which had lent monies to these businesses.

Even with these reforms in place, there is no guarantee that the slowdown will magically disappear. Once a slowdown sets in any economy, it usually rests there for at least six months. These policy reforms will however mean that by the time of government’s next budget, there will be streaks of growth. This will help it frame policies that look ahead instead of looking for trouble-shooting ideas.