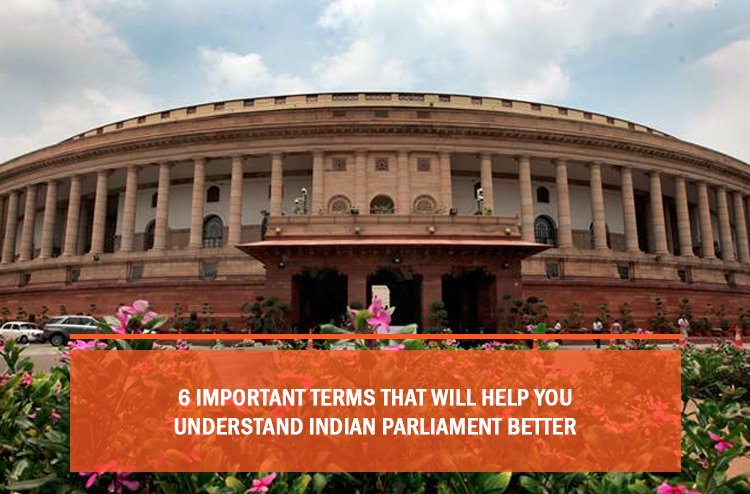 6 Important Terms That Will Help You Understand Indian Parliament Better

The odds that you actually paid attention to the civic studies hour in school or Lok Sabha and Rajya Sabha TV ticker are really low. Even if you paid attention, the chances that you remember anything is, well slim to say the least. The Indian Parliament has its own vocabulary. Let’s look at the terms which you would not get to hear in everyday parlance and explain them a little for so.

Like your office, the Rajya Sabha and the Lok Sabha have regular hours too. Both the houses usually start at 11 AM and end at 5 PM, which is when they are adjourned for the day to meet the next day. Adjournments also happen between 11 AM and 5 PM  when members disrupt the working, leave their seats and start shouting slogans against something the government did or some decision they did not quite like. These are however regular adjournments of the house.

There is however one adjournment different from all of this. It is the adjournment sine die. That is when the Speaker or the elected head of the house decides to close all proceedings of the Lok Sabha or the Rajya Sabha until further notice, without deciding any time to come back.

It is any proposal by the government which intends to use money from the public money fund. This is the money you pay as tax. All money bills must originate or be introduced only in the Lok Sabha. The Rajya Sabha has little or no say over what should be the nature of money bill or whether it can be passed or not. The Lok Sabha debates the bill, proposes amendments to it and passes it.

Most governments bring a money bill only if they are sure that it will pass in the Lok Sabha. This so, because a defeat of the bill in Lok Sabha would mean loss of confidence in the government. Some governments also use the money bill route to bypass the upper house, where it does not always have the numbers in its favour.

Like the standard definition of guillotine, all the bills or questions which remain pending even as the time allotted for the discussion of those bills comes to an end, are put to guillotine. On the last day for the discussion of demand for grants,  the Speaker puts every question necessary to dispose of, in connection with the demands for grants to, guillotine. There can be no changes made in guillotine. In one quick motion, all such bills are passed and the house retires to meet again in the next session.

Owing to the nature of democratic set up in our country, though the Union Budget is presented before the Lok Sabha in February or March, it is usually passed in July or August. But the expenditure of the government can not be stopped during this three month window. So the government presents a demand for grants. This takes care of bare minimum expenses of various ministries of the government.

A change was introduced by the government from this year of presenting the budget on Feb 1 instead of Feb 28. According to that, the budget is usually passed before Mar 31, when the financial year ends. So the demand for grants for various ministries may be a thing of past in days to come.

A cut motion is introduced by a member of the house when he or she expresses displeasure over the amount of money asked by a certain ministry in the demands for grants. Under the cut motion, a member can move three kinds of  motion. The first one is to recommend a cut of amount by one rupee. This is called the ‘disapproval of policy’ cut. Which means to say that the member is not happy with the policy being presented by the government or the ministry. Hence, he asks the members to support his idea.

The second is the economy cut. Under this a member who moves the motion argues for a specified cut in the demands for grants for the ministry. It is not a token cut and the member can move the house to consider any amount. The third is token cut when the member moves for a cut of 100 rupees.

A standing committee is a group of members of either the Lok Sabha or the Rajya Sabha. They meet regularly to give the government suggestions of the bills that are referred to it. These standing committees are elected or appointed every year, or periodically. The election is done by the Chairman of either of the houses, or as a result of consultation between them.

Since the nature of work done by the Parliament of India is complex, the standing committee members help the government in making certain decisions and often advise the minister or the ministry.

That is for this post. The next post on this series will be about various types of motions moved in the Lok and Rajya Sabha. Also, parliamentary privileges and why are papers laid on the table.