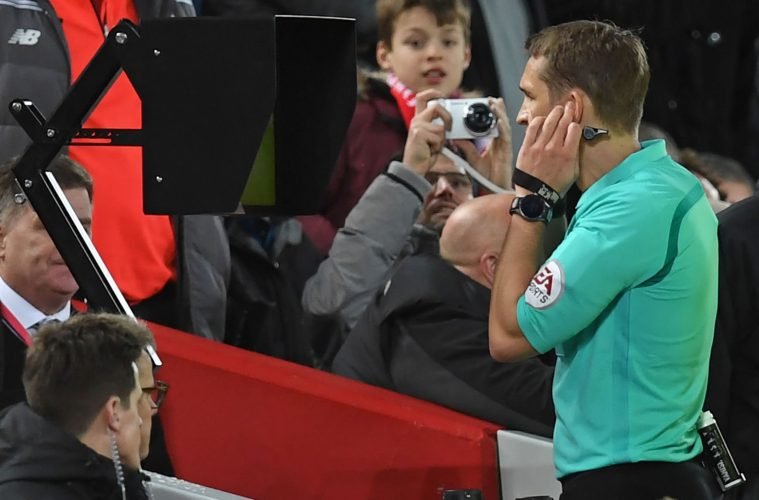 Video Assistant Referee (VAR) In Football: Keeping Up With The Technology

The FIFA world cup is already in progress in Russia. From CR7 scoring a hat-trick to Messi messing up the penalty, lot is going on for the football fanatics. But there is something else in the limelight as well. The Video Assistant Referee (VAR) has been put to task for the first time ever in a FIFA world cup. For those of you who are familiar with Leagues such as The FA Cup and the Bundesliga, VAR is nothing new. So what is it all about? How does it work? Does it do any good for the refereeing standards? For others who are new to the idea, we here have the draw down for you.

Video Assistant Referee is a technology that uses live video footage in order to “assist” the on-field Referee in making decisions. According to FIFA officials, VAR is only used to overturn “clear and obvious errors”. These include decisions with respect to Goals, Penalty (rewarded or revoked), Red Card decisions (not the second Yellow ones) and cases of mistaken identity (for cards).

How does VAR work?

Irrespective of the venue of the games in FIFA 2018, there is only a single VAR room. Set up in Moscow, it has access to all the live footage from the different broadcasting cameras (even the slow-mo ones). Three assistants and a lead video official, monitor all that goes on in the game.  They communicate with the on field referee with the help of a wireless. They could do so on being asked for assistance by the on-field referee.

But in case of “clear and obvious” errors, they can instruct the on-field referee without being prompted by him. Despite this, the final decision lays in hands of the Ground referee only. He or she can also choose to see the footage on the sidelines depending upon the nature of the incident.  Typically, the referee uses a hand gesture (in shape of a TV screen) to suggest the use of VAR.

Controversy is not new for the VAR. Starting from the incident of Quarter final of the FA Cup 2017 between Tottenham and Rochdale. Lamela, Tottenham’s number 11 scored a goal but the goal was overruled by the VAR. But the reasons were not clear for that. Later on a series of events happened during the Bundesliga. A penalty was rewarded before half time whistle for an incident in-between the first half. What followed was harsh criticism from fan and players alike.

Even the ongoing FIFA world cup has faced its share of controversy surrounding the VAR. A Foul that could have led to a penalty in the Switzerland vs Brazil match was not picked up by the VAR. In another incident, Harry Kane of England was tackled recklessly twice by Tunisia’s Ferjani Sassi and VAR did not pick that up. Further, adding salt to the wound, a similar incident led to Tunisia being rewarded a penalty. While it has been praised by some quarters of football fraternity, most suggest otherwise.

Use of technology in football

VAR is not the first step of modernizing the game of football via technology. Much of it has become an inseparable part of the game. The spread of football as a sports industry owes much to the advancement of technology. Improved Satellite broadcasting and camera advancements have made football what it is today. Also, there is abundance of digital data available to teams prior to their matches.

This has led to in depth analysis and affected game plans. Performance of player has increased many folds. This has been achieved by means of precise training with the use of health and fitness equipment. Not just that, even the on field decision making has been improved. The Goal Line technology has been pivotal in decision making. Even the smallest of things like the Foam Gel used in marking of temporary lines on the field can be traced back to the advancement of technology.

There is no doubt that the game must catch on with the lightning fast speed of advancement of technology. The intention behind VAR is clear. It is for making the game more fair and precise. Chances of human error do get minimized by using the VAR. The present scenario surrounding VAR is far from perfect. Improvement in implementation of the tech could be the way forward. But the essence of the game can not be sacrificed. At the end of the day, what matters is the satisfaction of the teams and their fans. And if VAR does not fit in to the natural aesthetic sense of the game, it might as well be given up.