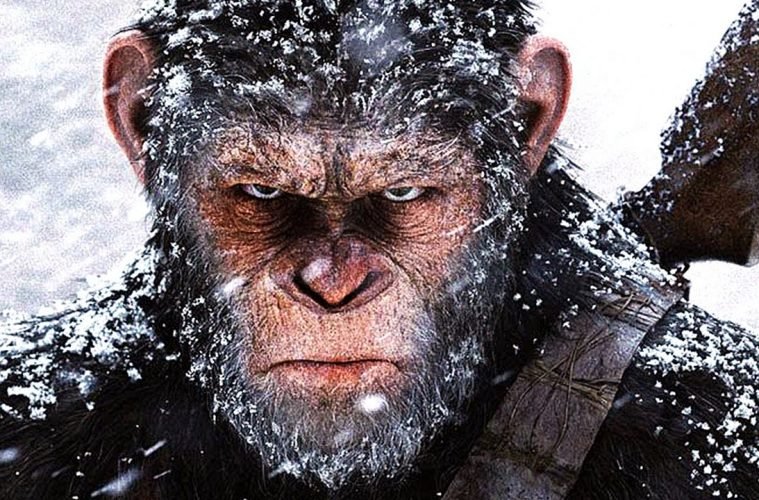 There is much to be said about Matt Reeves’ Planet of the Apes trilogy. Every film has been journey of its own. Each of them have dealt with a plethora of issues. These issues were surprisingly simple and yet dealt at a magnitude to these films that would have been unthinkable for a franchise such as this. The first film dealt with the cruelty humans inflict upon animals. That along with the irony that it is their success that leads to their downfall.

The second dived into everything that would ensue from the dawn of a new civilization and the challenges faced by the incumbent and the dawning civilizations. A choice was made in that film by its characters, too complex to be labelled as protagonists or antagonists, and that choice was war instead of a peaceful coexistence.

Reeves succeeds spectacularly in what is assumed to be the final film in the trilogy. The film serves as the perfect finale to what has been an enormously fulfilling saga of the rise of a leader. A leader who takes his people to peace and prosperity. The film is thick with the atmosphere of war with every visual a book on its own. Graffiti on the wall that says APE-POCALYPSE or THE BEGINNING OF THE END very openly pays homage to Apocalyse Now. So do the soldiers, struggling for survival in the face of extinction. There are many scenes wherein the soldiers appear as a force to reckon with. All the while their fear is apparent as well, as it should be when you’re battling talking apes who are smarter than you would believe.

The plot of each of the three films has always been simple. There have never been twists or too much action or any character glorification. All that would seem mere spectacle in another blockbuster feels like an earned moment. The credit belongs to Reeves and the film’s writers for this. Such is the depth of character development and subtle world building that everything feels natural, deserving to the story, even the most outlandish of moments. Going too much into what I mean by this would be veering into spoiler territory so keep this in mind once you watch the film, if you haven’t already. (Seriously, watch it!) 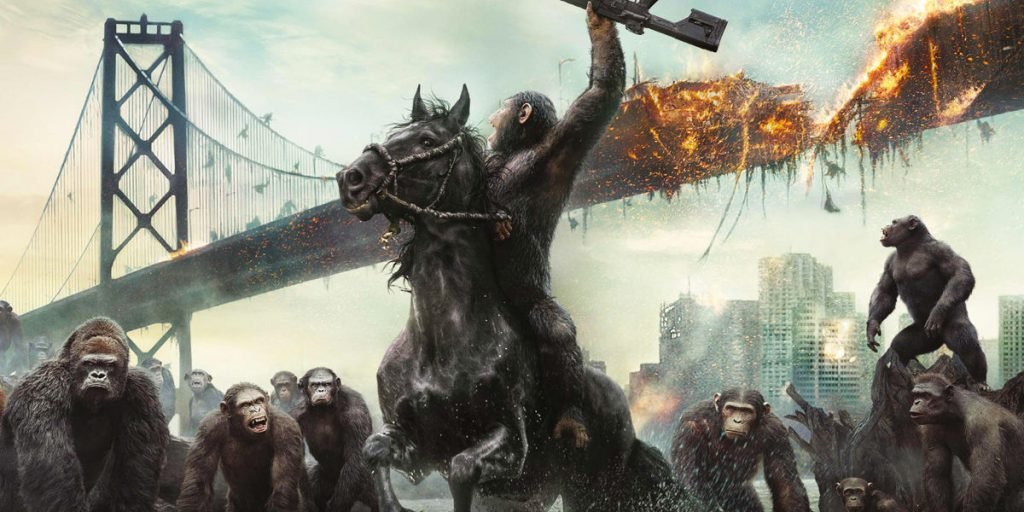 But what of the film’s performances? It can confidently be said that this is where the film stands out amongst all other things. Andy Serkis delivers another powerhouse performance as Caesar, the leader of the apes. He gives his all to bring Caesar to life. The weight of war and loss weighs heavily on Caesar. Koba’s rebellion has left its mark and the apes are suffering. Bullets and blood are now a way of life.

It is up to Caesar to end this war and find a new home for his large family. The burden, therefore, falls largely falls to Serkis’s able shoulders as far as the film’s stakes are concerned. Caesar faces a struggle like no other. His character is given a flawless arc in the film. It’s already been talked about a lot, and Serkis deserves all the laurals for his portrayal. Here’s hoping the next Academy Awards have a motion capture category as well.

Credit should be given where credit is due however and that lies with the CGI that has gone into creating Caesar and the rest of the apes. The combined talents of the animators and actors bring out apes that are more photorealistic than any big budget summer blockbuster that uses heavy CGI. Every facial twitch, the emotion in their eyes and face. Basically the makers have been alarmingly successful in bringing out every aspect of the actors’ performance onto the screen. There were times when I forgot that these apes weren’t real.

Steve Zahn is the only new addition to the ape cast. Probably the only thing that provides much needed humour to this film, but nothing more. But even his performance is one to rival Serkis’. But then that can be said of almost of all the motion capture performers. The humans also, do not disappoint on any level. Woody Harrelson, while not having a lot to do, excels in the few scenes as the Colonel who is on a mad quest for vengeance which he disguises as a crusade.

Harrelson’s performance is almost effortless here, being an actor of his calibre, I only wish he had more screen time. Amiah Miller is the one who has more screen time and is the one who truly turns it around in this film. She has no lines of dialogue but it is her presence that rounds out Caesar’s arc and her own as well and I challenge you not to have a tear in your eye as you watch her character develop.

War For The Planet Of The Apes is a film that will weigh a lot on you as you leave the theatre. It is a war film, with death, violence and loss at its very core. But if you look a little further, you will see a film based purely on emotion, human and ape. This is what the trilogy has always been about. A man who creates a serum to cure his father but ends up destroying the human race. A leader who realises that showing mercy is more important but suffers as his decision comes back to haunt him. These are choices that emanate from emotion and the consequences of these choices are what drive these films. It is, thus, ironic that the most humane film this year is a film about apes.

A masterful cinematic experience, War is a must watch. In fact, so is the entire trilogy.