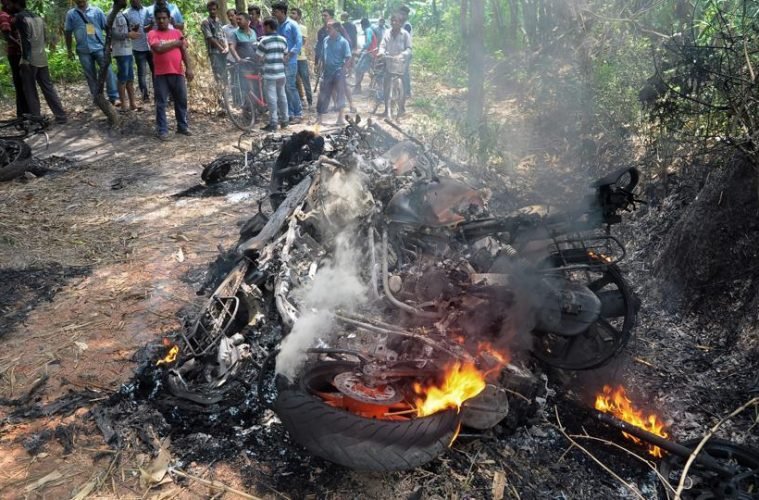 The Gram Panchayat elections in West Bengal began with violence since the early morning. The reports of clashes between different political groups continued to emerge through the day. The State Election Commission started receiving complaints of violence within the first few hours of the elections. Major disturbance was there in the districts of Burdwan, Coochbear, North 24 Parganas, and South 24 Parganas.

The voter turnout was 73% until 5 pm. The Indian Express reported that at least six people were feared to have been killed in the sporadic incident of violence, whereas about 40 people were injured. The presence of 71,500 personnel does not seem to have deterred the goons from resorting to unfair practices.

While workers of all parties have been involved in the clashes, the TMC workers are being reported as the primary perpetrators of the violence. In South 24 Parnagas, TMC workers were accused of kidnapping a Panchayat Samiti candidate Sariful Mullick and terrorising the voters. Clashes broke out between TMC and Congress supporters in Murshidabad. Looting of Ballot also took place at gunpoint in Murshidabad. 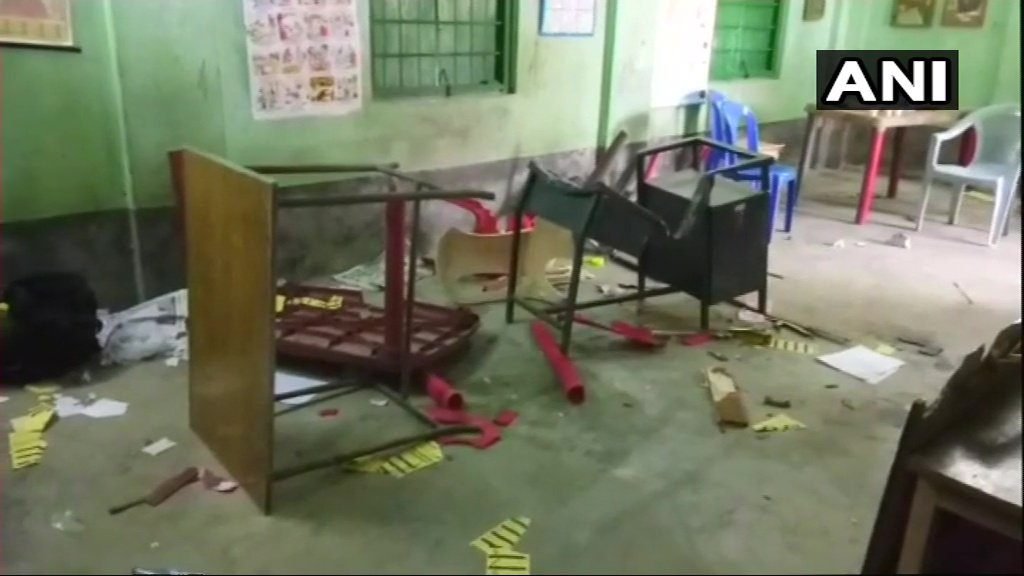 A crude bomb exploded Amdanga’s Sadhanpur in North 24 Parganas; while another was hurled outside a polling station in South Dinajpur. TMC workers also vandalised a voting booth in North Dinajpur’s Sonadangi. Notably, police had earlier found hundreds of crude bomb in the backyard of former Trinamool lawmaker Arabul Islam. Both BJP and CPM have hinted at Mamata Banerjee’s approval in violence.

Booth capturing and stealing of ballots took place in several parts of West Bengal. In another shocking incident, West Bengal Minister Rabindra Nath Ghosh was caught on camera while slapping a BJP supporter. The incident occurred in the presence of police who appeared powerless to stop the violence.

Five journalists were also allegedly under the attack of TMC workers when the scribes went to cover reports of booth capturing. Union Minister Babul Supriyo called for President’s rule in West Bengal following the failure of Mamata Banerjee led state machinery to curtail the violence.

What is more shocking is the silence of the self-proclaimed FoE and Intolerance champions. Just because the state is not under the party they hate, violence and death of democracy were acceptable? The ‘intellectuals’ will somehow manage to shift the blame on RSS and allow the real culprits to evade the law in the next few days.

The recent incidents of violence during the West Bengal Gram Panchayat elections also give rise to a pertinent question. Why do Congress and its allies want paper ballots instead of EVMs? The booth capturing, stealing & allegedly burning of ballot boxes, and fake voting is only possible with paper ballots and not the EVMs?

Will this violence end soon in that region? Only time will tell that.

What should we infer from the demands of paper ballot based elections by Congress, AAP, and others? Please share your views in the comments section below.