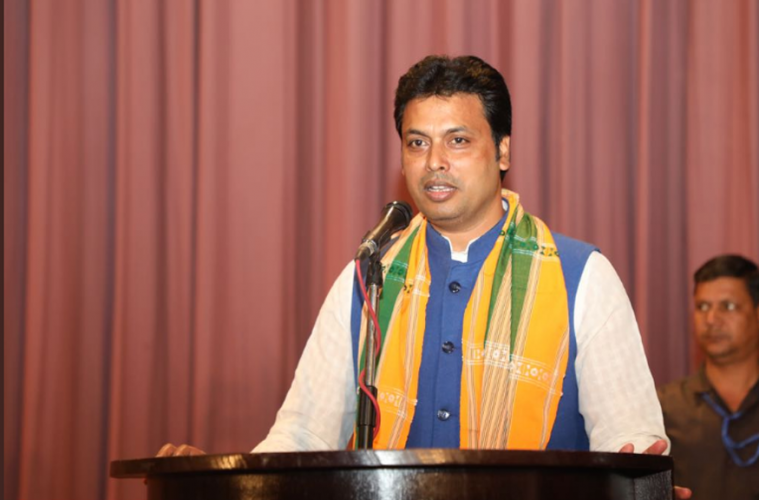 Who Is Biplab Deb?

The historic victory of the BJP over the left front in Tripura has instilled a new wave of hope for many in Tripura. As Tripura gears for a new change in the political scenario, there is one name which is being touted as the face of BJP in Tripura. That is the chief minister of the North-eastern state, Biplab Deb. 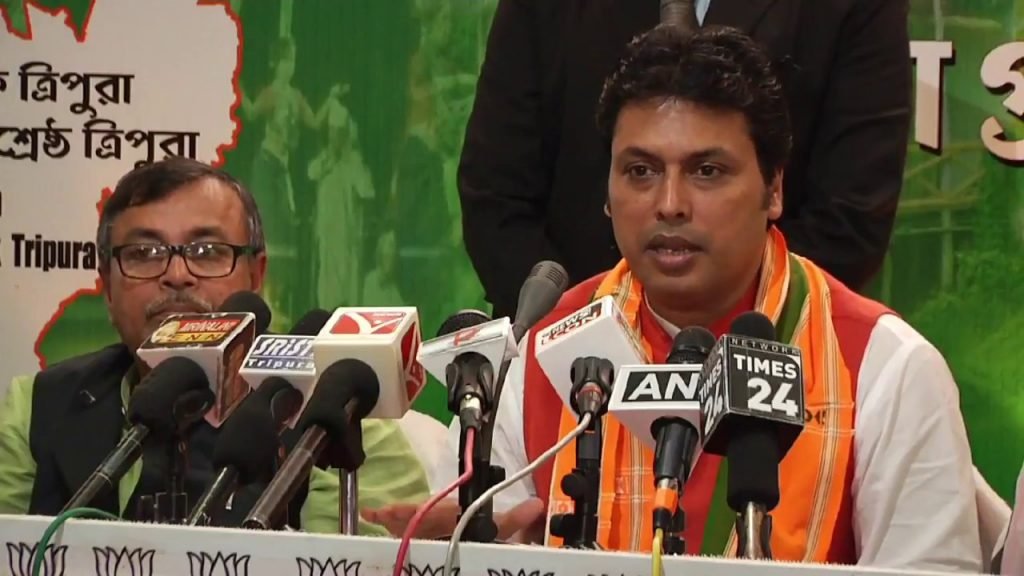 Born and brought up in Kakraban, Udaipur in Gomti district of Tripura, Deb returned to the Tripura after spending 15 years out of the state. Having completed his BA in Tripura University, Deb moved to New Delhi for completing his masters. He married his wife there who is a State Bank employee while working as a gym instructor.

Beginning as an RSS volunteer

The Rashtriya Swayamsevak Sangh volunteer, Biplab Deb, was mentored by Sunil Deodhar. Deodhar, the man behind Modi’s Varanasi success became Deb’s aid. As he made him the youngest ever party chief, Deb’s rising clout was complimented by his no-nonsense simple approach.

Known for a sophisticated personality and a great political demeanor, Deb campaigned in the elections to the Tripura Tribal Areas Autonomous District Council. He contested the Tripura State elections from the Banamalipur constituency in Agartala facing INC MLA Gopal Roy and Communist Party of India (Marxist) youth leader Amol Chakraborty. Deb carried out door to door campaigns in order to secure his seat and also an amazing victory for BJP. 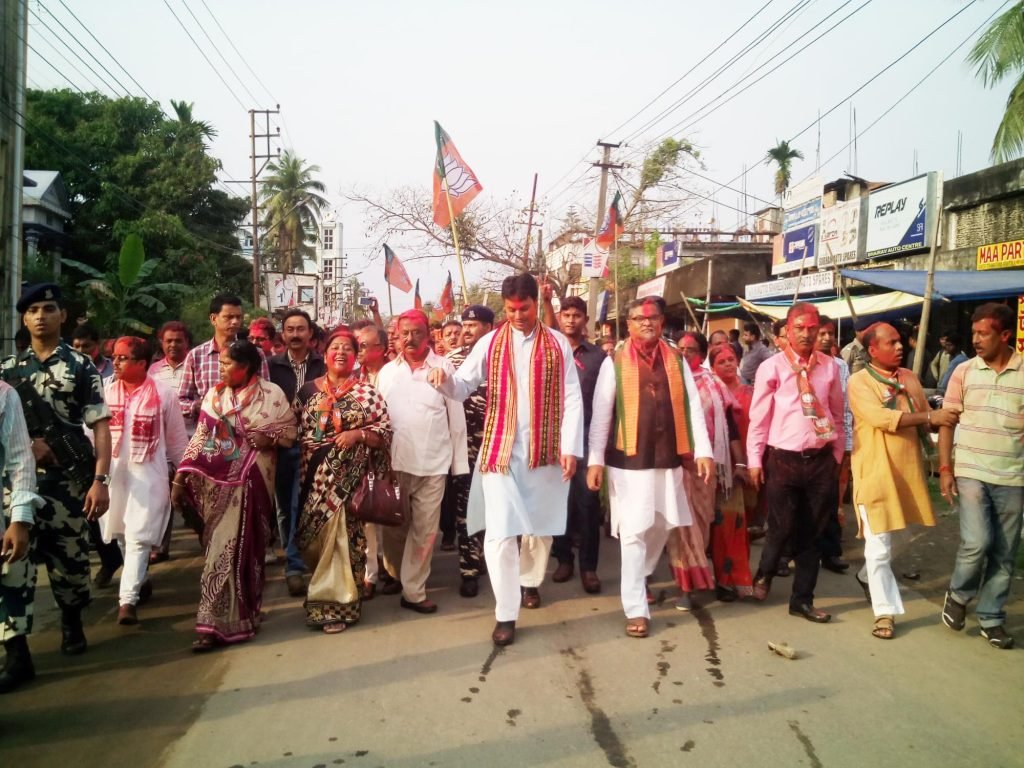 A state that has favoured the Left for more than two decades has now changed its allegiance. Tripura elections were held on February 18 and exit polls had predicted this historic victory. BJP is now making all attempts to colour the entire North-East India Saffron. It is trying to secure a position in Nagaland in an alliance with NDPP followed by Meghalaya.

He also took a dig at Rahul Gandhi, saying one doesn’t remain a “youth leader” after crossing the age of 50, in an interview with CNN-news18. On the other hand, he praised Narendra Modi. To quote:

“Narendra Modi may have grey hair, but his thought process is that of a youthful person. Age is in the mind and Modi thinks like a young person.”

A young politician in the making, Deb promised more youth employment opportunities in the state. He has also promised more investment in the traditional sectors of the state such as the Bamboo industry. And also promised the 7th Pay commission to all the employees of Tripura State government.

Deb has often mentioned that he considers Narendra Modi as his political guru. Now it is for the future to decide whether Tripura will see a new opportunist or a good- for- nothing politician.