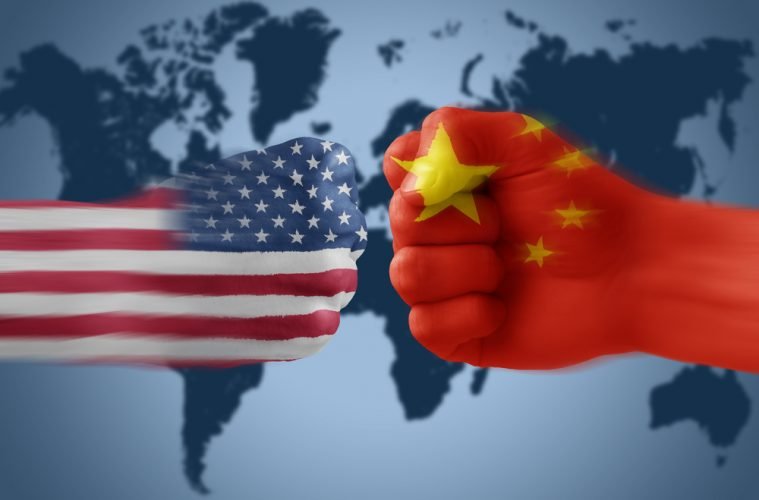 Who Shall Rule The World? – A Realpolitik Take On US Vs China

The US-China rift seems to be turning into a valley. Take for instance the recent policy paper produced by the White House Office of Trade and Manufacturing. The paper tacitly gives a heads up to a surprisingly bipartisan effort to check the Chinese threat to the hegemony that the Americans have enjoyed as the sole hyper-power of the world since the end of cold war.

Paper By White House Office of Trade and Manufacturing

The paper starts by outlining the threats and the various gross violations that the Chinese have attempted on US interests, both in and outside of the Nation. Chief amongst them is the Theft of Intellectual Property. The Chinese with their army of 100,000 cyber-warfare specialists have wreaked havoc amongst both government and private assets in the USA. The report released in June, reports that thousands of such attacks have occurred, in which 93% of the attacks can be tracked to hostile Chinese servers.

The report also claims that scores of high value, confirmed government targets have been recorded along with a whopping 43 million private accounts being compromised. This does not bode well for the USA with a highly decentralized command structure. It is blueprints of certain weapon programmes today. Tomorrow, it may be the nuclear launch codes.

Hostility By The US

The paradigm shift in this paper was the hostile stance that the US administration was posing. From the compromise, cooperate and contain policy of successive US administrations, it is an open attack and competition which is being called for. The report highlights the various tactics the Chinese have used to gain an unfair advantage over both competitors and small countries it has had dealings with. The Chinese have not shied away from open coercion and blackmail for meeting their ends.

For instance, any company that deals in China has to sell a minority stake in it. This is the pre-condition for access to the Chinese market. Another instance is in terms of high technology. Through monetary compensation and even coercion, various scientists from both the west and even developing countries have been bought to Chinese centers of excellence. The best part of the deal for the Chinese is that whatever the technology these scientists come up with, legally belongs to the Chinese. This is the legal way of gaining the technology.

Other way Chinese excel at is reverse engineering. From old Russian jets to replicating the stolen blueprints of the latest American stealth jet into a shoddy copy. They’ve done it all. What has jolted the Americans out of their complacency is the speed with which they are doing this and how good they’re getting at it. In a world where access to high technology is the path to world domination. The Chinese by means, fair or unfair are winning this war.

Although the policy paper is a good step in the right direction. It seems to be too little, too late. Since the end of the Afghan and Iraqi adventurism of the Americans, their credibility and influence seem to be on the wane. The hawkish, isolationist attitude of the Trump administration does not help America’s case. This is something the Chinese seem to have understood even before the Americans could realise it themselves. Instead of directly invading countries or trying to subvert their polities, China paves the road with its cash.

With several countries in Africa, Pakistan, Maldives and the likes already in its debt trap, it seems to be the ascendency of a new kind of colonialism. The mistake China seems to be making is grasping far too much too soon. Their military might be on the rise, but still, a the Pacific fleet of the US can wipe off PLA Navy and half of the critical Chinese eastern seaboard even now. The CCP in its part seems to be playing into Trump’s game. It has reacted violently to trade sanctions. Crying hoarse over US defying WTO trade norms, which ironically China has flouted, if not abused for years. The Americans are giving way too soon, the Chinese are trying to jump a grade too high for their stature.

An example in Doklam crisis of last year is telling. China, the so-called new superpower couldn’t even make India stand down in a tense stand-off. While the Chinese media gave ominous warnings of a war like 1962 to India, the PLA military bosses were still smarting at the mauling they received in 1967. The Chinese have the ingredients to be superpower alright. But they are too rooted in their own dogmas, racist superiority and an chutzpah of sorts in their immense cash reserve. The money makes China a cash cow and not a power to reckon with. They’ll borrow from you, but never fear or respect you like they did with the British in the 19th century and the Americans and the Soviets in the 20th.

These conflicts are a by-product of the current political environment. Realpolitik will call for the recognition of the reality of a multi-polar world. The days of the superpowers are over.