Why Team India Will Miss The Services Of Ashish Nehra

But then, in the 2003 World Cup game, when he rattled English batting line-up by taking six wickets for a measly 23 runs, the world sat and and took notice. And then he was gone.

In the year 1999, a wire thin Ashish Nehra made his debut. The rookie was quick, and fired volleys that left Sri Lanka looking for answers. Despite getting Marvan Atapattu out cheaply, Nehra could never capitalise on the start. That has perhaps been the story of his career throughout.

Two years later, at the turn of the millennium, Nehra made his debut in One Day International matches against Zimbabwe. In 2001, these matches were more or less dead rubber games. But Nehra had come of age. Having spent two years at the international level, he had grown from yet another pace bowler to the pace attack leader.

If you look at Ashish Nehra, and do not know him as a cricketer, you would pass him off for another hard-working father who just wants to earn a living for his children and be not disturbed. Someone who just goes about his business in a routine manner, and yet knows how crucial he is to the system. Someone who owns a ruddy old rustic car and keeps the window rolled down because the air conditioning in the vehicle does not work. Ashish Nehra has perhaps spent more time on the bench than on the field. And that is not because he did not perform. Like all players, he has had hit purple and not so purple patches. But injuries have been Nehra’s constant companion.

Over and over again. And yet, here he is, 18 years after making his debut, leading a pace attack that includes two youngsters who are roughly as old as his career. This new Nehra is not flamboyant. He does not celebrate by spreading his hands like a gliding eagle. He does not abuse players who drop catches when he bowls. He is calm. He is calculative and confident. He reads the batsman’s mind and is sure before pitching it short. He tricks the batsman into believing it’s a slower one. It is difficult to score off him now. But he does not announce that. He just bowls now. 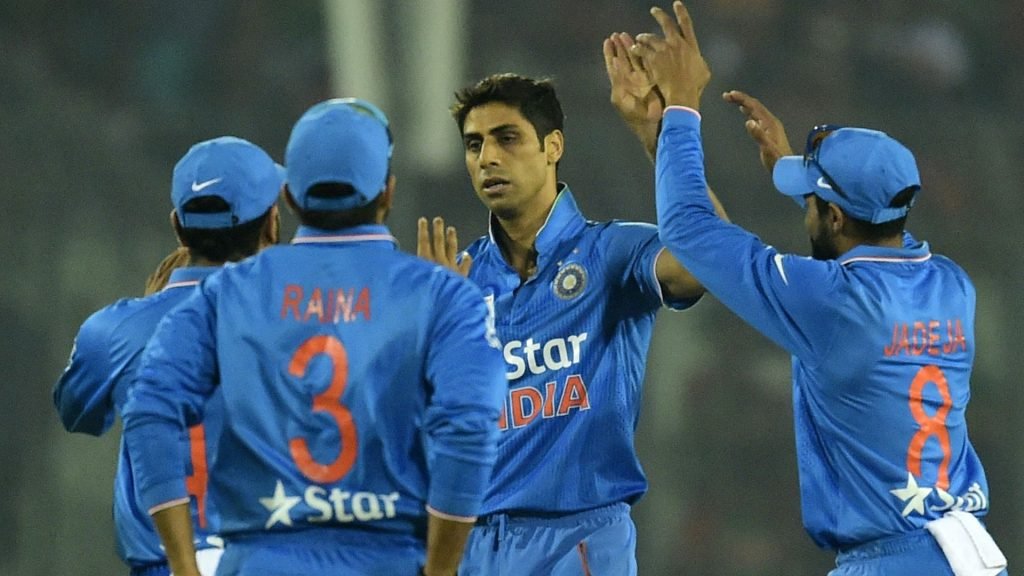 There is almost something magical about this player, about Nehra 2.0. The Nehra 2.0 which ends today. Nehra spent four years in wilderness and yet did not give up. He chipped away slowly at those wooden blocks in his way. He sawed his way through the iron bars he placed in front of him. He came back in the squad in 2015 and was ready to aim for the twenty twenty World Cup berth. Nehra was already 35 then. That is the age most batsmen hang their boots, and say bye bye to the game. Not Nehra. Not this time.

This new Nehra was an invisible spearhead, one you do not see coming until it is very late. Perhaps he learnt a lesson or two from the way his dear friend Virender Sehwag’s career ended. Yet he was not back for vengeance. He was not back in the team for a photo finish. Nehra was back to do the only thing he knew: bowl quick and get wickets.

There will surely be many more of those penultimate Jasprit Bumrah overs. Bumrah can at will bowl six yorkers and make life difficult for batsmen. There will surely be a few Hardik Pandya overs where young players will keep their cool and stick to the team plan. But once Nehra retires, there will not be another experienced campaigner who has found his way after being kept out without any reason.

Nehra will continue to be that street-lamp in your street, you only miss when it’s off. That will be the memory of Ashish Nehra.