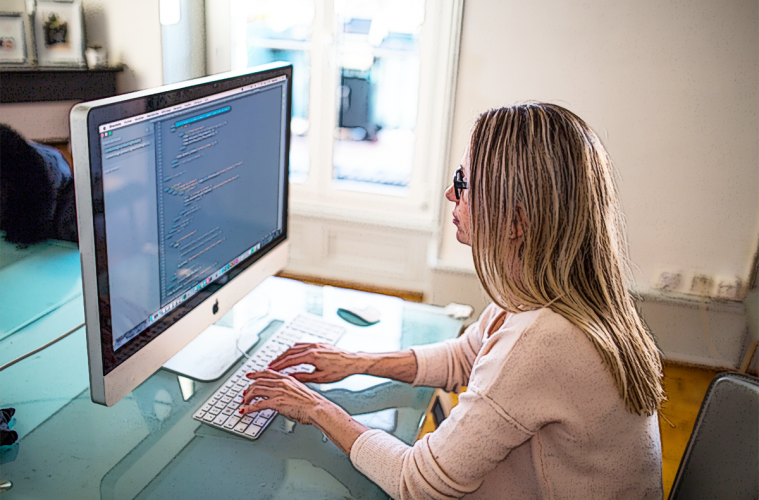 Women Outnumbering Men In The Technology Sector: Who Are We Kidding?

As the world witnesses International Women’s Day today, let us get real and face the reality. There exists a field where women are still way behind men, even in 21st century.

Yes, you read that right.

In her book Everyday Sexism, compiled from the entries of the crowd-sourced project of the same name, Laura Bates compares sexism to climate change. To quote her words,

“Human beings tend to cling to convenient obliviousness- ‘I haven’t seen it, so it can’t really exist!’ – in spite of embarrassing, burgeoning bodies of evidence to the contrary.”

Granted: a majority of atrocities inflicted by the patriarchal society are dismissed due to the subjectivity.

Things change when you have an inherently misogynistic workplace. It is impossible to refute the glaring lack of women in the technological workplace when we have statistics to back up our argument.

The numbers (don’t) add up

Considering how technology is becoming so prevalent and pervasive, you would assume that the consumption of technology is split fairly between the genders. You might also have reason to believe that the workforce is looking up to better days and has risen to get equality in employment of women as against their male counterparts.

But, here is the thing: You are wrong.

Let us use the World Economic Forum’s Global Gender Gap Report 2016 as a reference point. The tech giants, inter alia, Facebook, Google may boast of having a third of the employees on payroll who are women, but one close look unleashes the truth.

Technical/engineering jobs at Facebook have only 16% women, whereas the figure stands at 10% for Twitter and 18% for Google. If this is what technology-behemoths stand at, you can imagine the numbers closer home.

The percentage of women employees at Infosys is 35.6%, but eliminate the administrative and managerial jobs and you are again left with a dismal number. 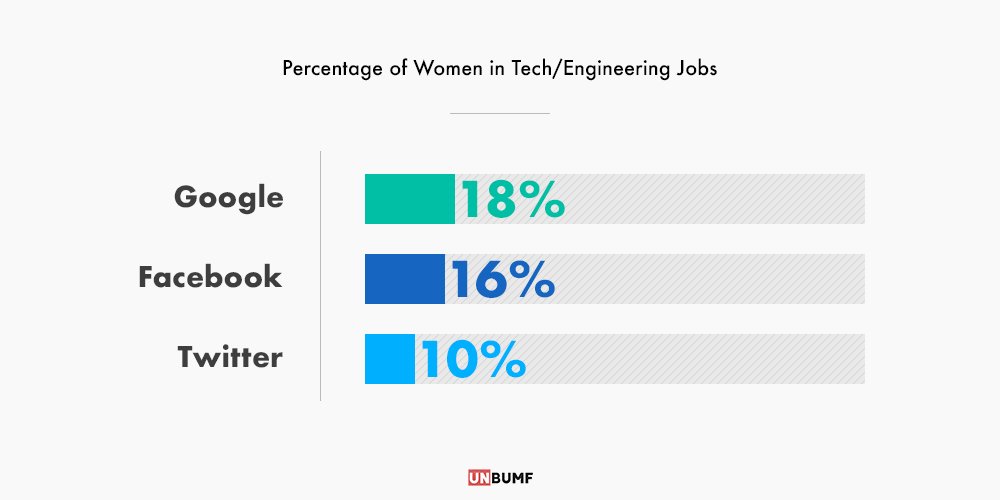 Why do these figures matter, you ask?

For starters, they are the only concrete evidence we have for the widespread denial of opportunities. Since this is an explicit and irrefutable manifestation of the same, it fossilizes the argument against distractions. In a world where women are forced to prove consent in complaints of sexual harassment, that is an important resource indeed.

Second, it is smart business. The studies indirectly also point to how few women are influencing product development or business strategy. This implies that the output of the organisations is actually not symbolic of, or representative of, all the sections of the society. To that extent, a product suffers limitations. That is not just harmful to women; it is bad for business. There are studies that explore the same, in greater depths.

Third, it is smart industry and economy, in general terms. Gender gap plagues all industries, but technology suffers the most by losing out on a crucial consumer base. So it isn’t just social justice at stake here.

All that talk about empowerment, fair wages and equality, and yet tech conference posters boast of a speaker list skewed towards the male technicians. And it is more or less, consistent throughout the world: currently, only 17% of employees in the UK technology sector are women; Women hold only 11 percent of executive positions at Silicon Valley companies, and only 25% of the computing jobs. In India, there are thrice the number of males than females in engineering jobs. 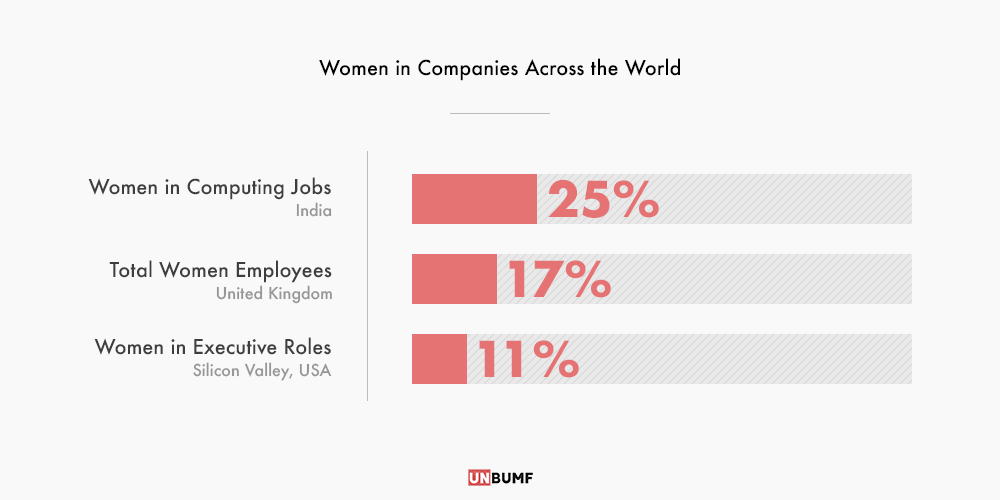 The fact is pretty clear: the technology sector has always been notorious for a gross under-representation of women. The proverbial glass ceiling we often talk about and hear about? It is not a figment of anyone’s imagination: it is a very real construct. And it manifests both explicitly and implicitly. Explicit, because of all the stats.

There is also another argument. Tech industry fairly celebrates and rewards innovation. Therefore, it is unlikely for a talented female engineer not to rise to the top. The problem is far more complex: if few women are in the industry, the problem is not (only) sexism but the absence of a) role models and b) confidence to be the role model.

Marissa Alden Evans co-founded a company called Sawyer that allows parents to locate best activities for their children. Rashmi Melgiri has started CoverWallet, a policy comparison product targeted at small businesses. Leslie Trigg has revolutionised the way Outset Medical approached patient care. Nearer to home, we have women launching satellites, and several other names like Neelam Dhawan (MD of Microsoft and HP at different times in India), Kumud Srinivasan of Intel,  among others. Women’s contribution to tech is important also because of a growing acceptance of the fact that world would be a safer and more empathetic place with better technology products if women were to design them. Imagine a social network with no abuse and a curation process that filters out all miscreants! 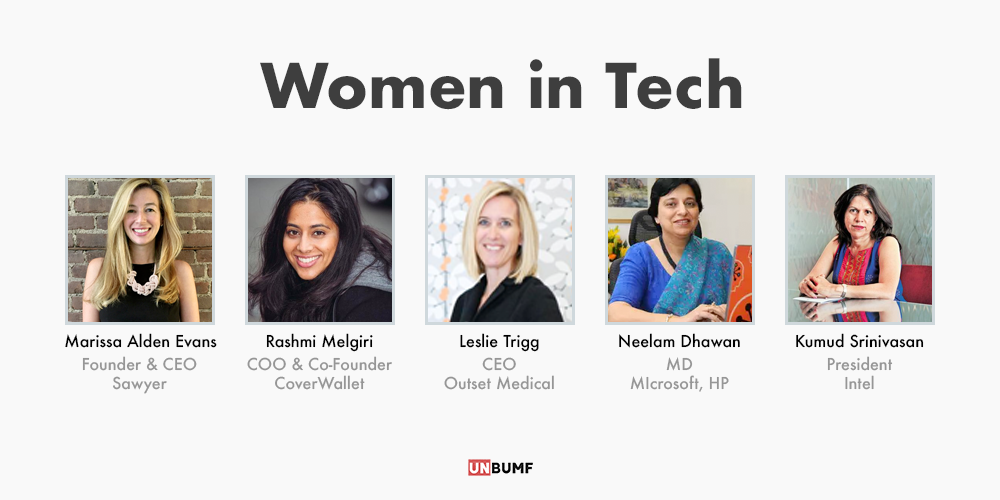 But we often only talk about access to opportunities. This is where the implicit hurdles come into picture. A hostile and unwelcoming environment for women in the workplace is hardly a push in the right direction.  A research found that the software repository GitHub approved code written by women at a higher rate than code written by men, but only if the gender was not disclosed.

Harvard has conducted studies through several years, but there has been a sordid consistency. A “hostile” male culture, a sense of isolation and lack of a clear career path often affect women more than men.

You tell all this to companies and they will hide behind the following words: Sensitivity training, mentoring, instruction in negotiating tactics.

Observe an office meeting. An informal banter is more likely to offend women than men. That says something about the situation. Online presence will not help the case either. Trolls are ready to unleash a flurry of rape threats to a woman at the slightest of provocation. Times aren’t easy to make a woman’s life easy.

The catch however, is that there won’t be a one-size-fits-all solution to this disparity. Google’s own data had revealed how promotions for women were fewer because the candidate had to self-nominate. Sheryl Sandberg talks all about leaning in to fill the leadership ambition gap. But each organisation needs to make a concerted, systemic effort.

Talking of the lack of one-size-fits-all, we have these implicit cultural barriers to explore. Turns out, that India may not have the same problems as the rest of the countries in the west. The subtle bias, stereotypes, work-life balance remain as much an issue. But other culturally embedded factors aggravate the situation. Even in a city like Delhi, a large majority of young girls have limited access to computers, especially when compared to their brothers, who are given preferential treatment when it comes to exposure to computers and the like.

A ray of hope in the array of rope

Technology is converging with other sectors. The boundaries are blurring. So we can see that sectors that employ women in higher numbers: education/academic, media, data operation, even niches like dentistry. This could finally mean a conclusive end to the ‘toys for boys’ mentality. For now, the only jobs where women outnumber men are the entry-level. It is the fundamental, mostly non-innovative pursuits, but it is still something.

Recently an Indian laundry detergent kicked off a conversation about these cultural challenges with their advertising campaign. In it, a father reflects on how he has perpetuated the stereotype of division of labour in his own family.

Why are we so concerned?

Two words: actionable empowerment. This concept is echoed throughout feminist literature and the crux is simple: representation matters.

If we cannot see women exposed to tech as role models at our disposal, it will be hard for us to negotiate for better salaries, bash the pipeline problem (and enrol ourselves in more engineering degrees, much to the relief of the female-interaction-starved engineering students) In most cases, the role models do exist but they are not getting exposure.

That’s the tricky part: women are taught to be submissive. That conditioning will take time to erode: any attempt at networking remains hard with that in mind. And unless I see a welcoming atmosphere, I might not even make that attempt.

Technology will dominate our lives, if the likes of Alexa are not doing that already. Data is going to decide our future. Under the circumstances, technology needs to be made more inclusive and open to diversity. In other words, if AI will take up and we will have robots, we need to ensure these robots are androgynous rather than hyper-masculine, indomitable know-it-alls.

So this may be an ideal vision for someone who likes to hope. A future where technology sub-sectors are dominated by women too, and talent-based employment ensures women outnumber men in jobs they can do better, but the cultural constraints are a tricky terrain to hike. And it is not just the women who have to do the climbing. Men, too, have to put on their combats and boots.

But as much as toxic masculinity tells them to boast about loving the thrill of life-threatening adventure sports, this is one wall they are reluctant to climb and cross over.

The other side of the wall is a level-playing field, and a fair play isn’t what their years of privileged access prepared them for.