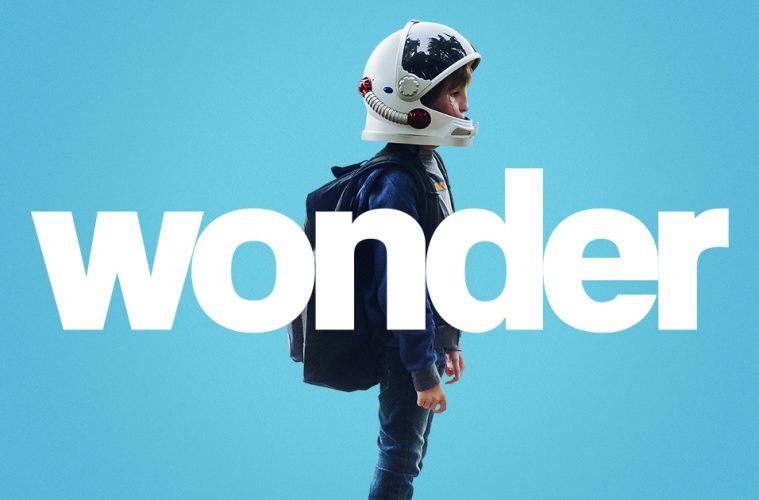 Wonder Movie Review: Nobody Is Ordinary

It’s no secret that acceptance is one of the things that act as driving forces behind everything that we do. However, which matters more – acceptance from others or from one’s own self? It’s quite a hard question and it’s the question the film Wonder attempts to answer. It doesn’t fully succeed but it succeeds enough to make us look and fill in the blanks for ourselves.

The film, based on a book R. J. Palacio and is about the life of 10 year old August Pullman. August or ‘Auggie,’ as everyone calls him, was born with a facial deformity. The film is about him and even as you read the premise you already know what you’re in for. It wouldn’t be wrong for you to imagine a TV movie riddled with clichés that make you cry. Neither would it be amiss to think of a film awash with sentimentality and cheesiness. Wonder, however, is a film that rises above these expectations; and truly gives us a film that is much more than the sum of its parts. 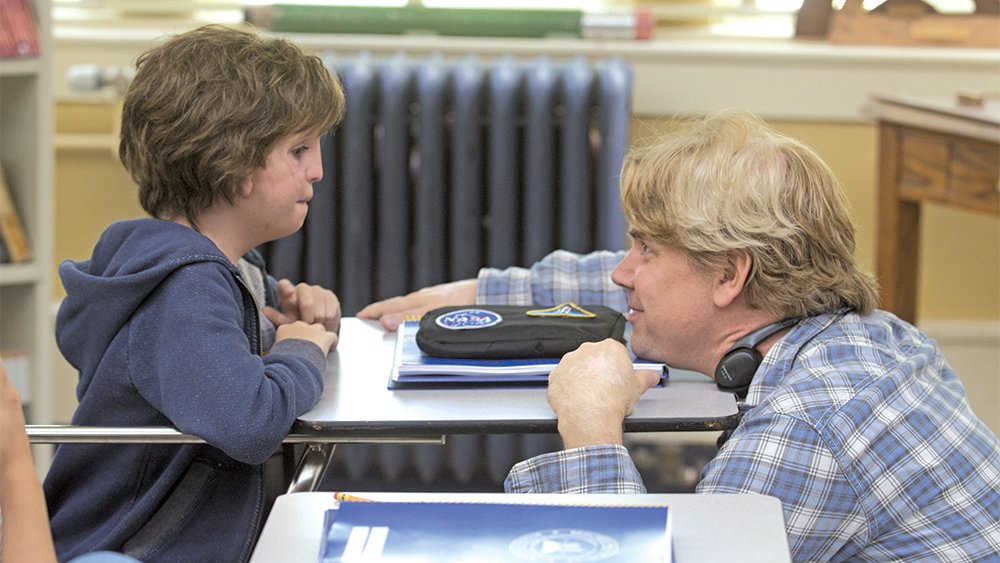 It would have been easy for the director and writers, Steve Chbosky, Jack Thorne and Steve Conrad to fall into the pit that many such films do; and give us a film that just preaches kindness without truly understanding it as an emotion. Wonder does not make that mistake. Every scene in the film feels real and none of it feels forced. You feel the tension in a family that arises from a child that faces challenges most of us would never dream of. Auggie is treated like an untouchable at school by many kids, yet seldom does the camera linger on his sad face accompanied with drawn out violin/piano symphonies as the background. The scenes are simple yet remarkable complex as you truly observe human emotion being laid bare.

There are many such instances within the film where the emotional subtext is surprisingly real and palpable. A simple father and son conversation is layered with so much meaning that you cannot help but tear up. Auggie’s sister Via goes through her own arc; being the child in the family who feels neglected because of all the attention her brother receives. Despite that, you never hate or treat her as an antagonist. You understand and that makes all her scenes with Auggie mean even more. Such emotional and human complexity is difficult to portray but the film makes it look easy. I found myself wondering in many scenes if the actors were even acting but a careful look and you see the nuance in each dialogue, how each and every scene preceding it adds another layer to what the character says and how he or she says it.

The film’s performances and multi perspective form of story-telling really help with that. Every supporting/main character is given a proper story arc and it is amazing to see the level of detail involved. Via’s anger at her brother being the cynosure of all eyes is juxtaposed with her actually trying to make him feel better instead of letting that anger out on him. Auggie’s friend Jack has his misgivings as far as being a friend to Auggie is concerned; yet never do you feel like he is a bad person. I found Via’s best friend, Miranda’s arc most intriguing among the supporting cast as it truly reflected the struggle for acceptance everyone faces. It is the main theme behind everyone’s story in the film, acceptance for a child, acceptance among peers, acceptance among friends and even acceptance among family. 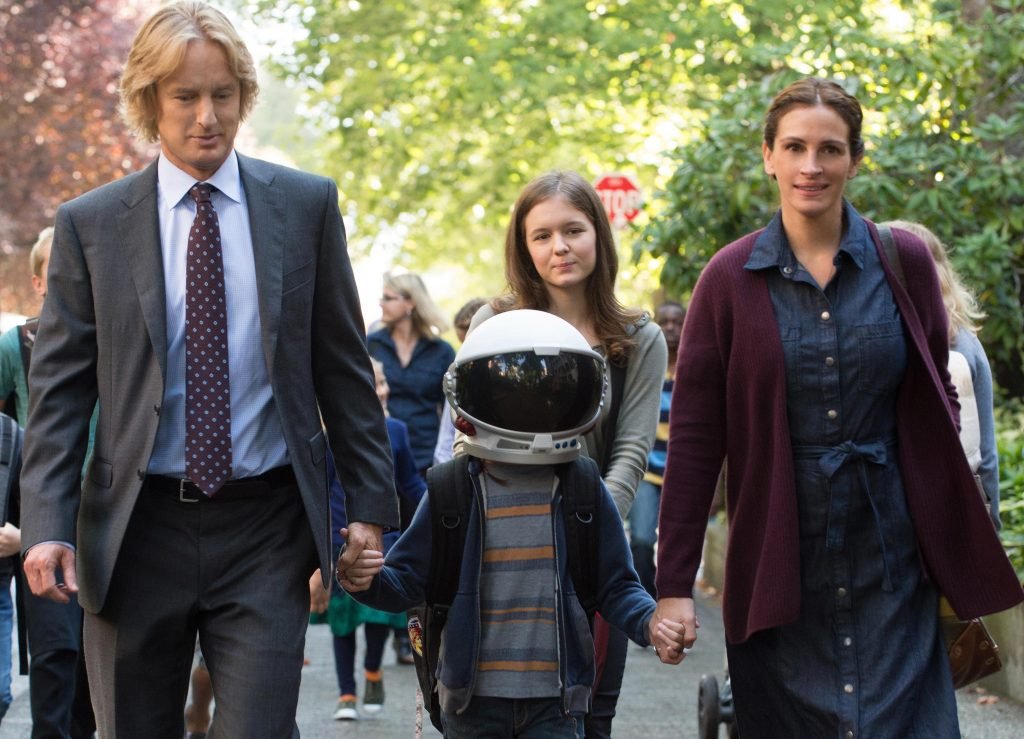 Watching Julia Roberts and Owen Wilson as parents was fun and it was remarkable how much chemistry they share. Isabela Vidovic gives one of the best performances in the supporting cast, playing Auggie’s sister. The level of nuance and subtlety she displays in every frame is breathtaking and has to be seen to be truly believed. Danielle Rose Russel plays Miranda, as mentioned before, and is very good in the few scenes she has.

The real stars, however, would have to be Auggie and Jack, played by Jacob Tremblay and Noah Jupe, respectively. The level of talent in these young actors is at an impossibly high level and I can’t wait to see what they bring in their future films. Tremblay, of course, has proven himself in the past in the film Room (watch if you haven’t; it will change your life). Personally, I could have watched a movie with just these children and their lives and I wouldn’t even have noticed the lack of adult actors. 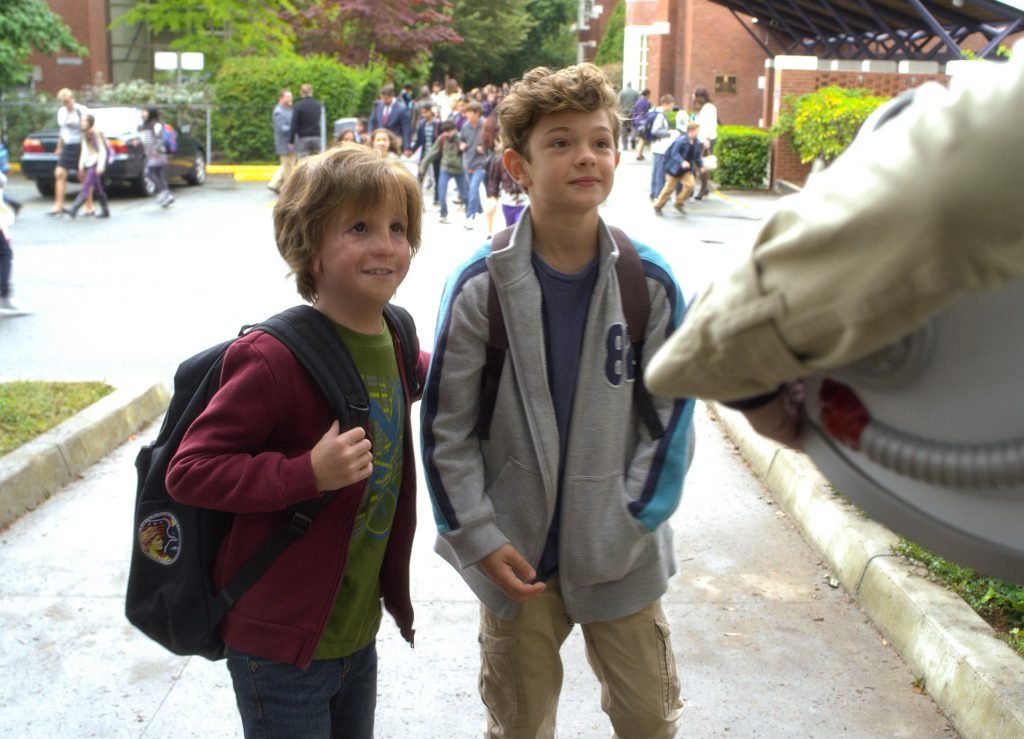 Wonder does suffer from story problems, just like any film of this kind would. The plot is predictable and meanders a lot after the first half. However, the performances and emotional layering is enough to hold it together till the final act that truly feels uplifting and is bridled with optimism. It was clear that the director understood the inherent flaws in a story like this and chose, instead, to focus on the more richly layered emotional portion instead. That it is one of the film’s strengths is clear from the number of times I’ve used the word ‘emotion’ in this review.

Wonder is not without flaws but frankly, you aren’t going to notice them. Watching the film felt just like watching a section of the daily life of a typical family; a family with a slightly atypical, yet familiar, problem. The rich, deft and detailed manner in which the lives of all these characters is displayed is truly craftsman-like and a treat to watch. It is one of the finest films of this kind; that tells you nothing and, instead allows you to discover and understand it all by yourself.