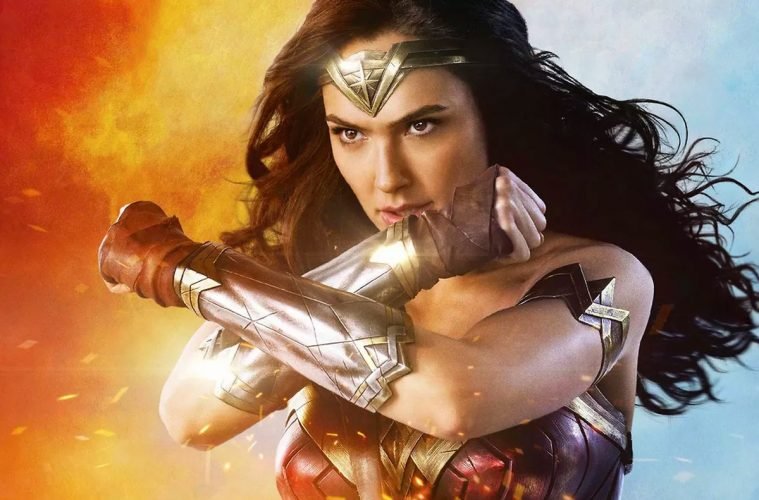 Wonder Woman 1984 First Look – Fight With Your Lipstick On!

In almost another 365 days, Wonder Woman would be lighting up the big screen, with metallic gold to say the least.

Patty Jenkins, the other woman who is at the helm of things released the look of the new poster on twitter last week. And the internet has been divided ever since. The majority appreciate the golden look that resembles the era of 1980s. However, some have their eyes burn out with their judgemental “I have to have an expert opinion” views and of course the vibrant colours.

There has definitely been a major overhaul in the costume. We can’t blame but appreciate the energy and retro feels it brings along. Play the theme sound on a saxophone and we have ourselves a classic.

Although many still loved the vision Zack Snyder had with his dark and brutal approach, it was Wonder Woman (2017) that truly shifted the dynamics for DCEU. Since then, movies like Aquaman (2018) and Shazam (2019) have been building on to the franchise’s retrieval. They have been inclined towards the Marvel-esque format, the latter being more than the former. But Wonder Woman was one movie that had hit the sweet spot between the darkness and the rainbow. So it’s only obvious that DC fans have their opinions on the fan favourite superhero. 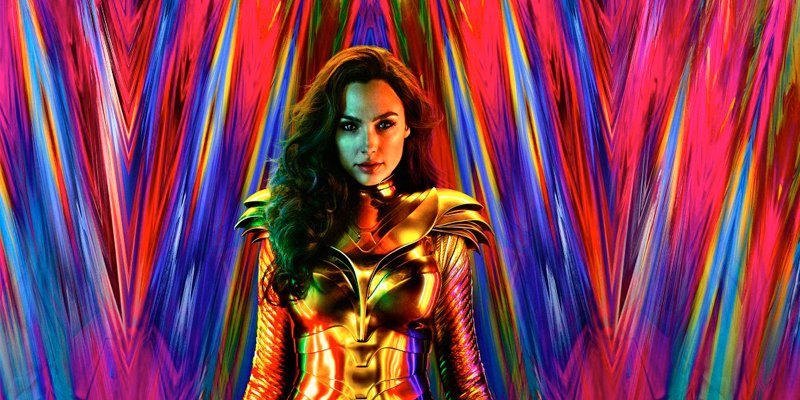 Now coming back to the poster. We can’t oversee the loud colours of gold, green, red and blue forming a ‘W’ in the background. The costume is also a less revealing, more shiny armour. To some, it does feel a more mainstream look and more distant from the original steel skirt. But it does bring some funk and freshness to it. From Marvel – Thor Ragnarok was also one such attempt to bring in a rebellious change from its predecessors; bright lights, rock music and insanity, it worked fantastically well for them. But of course, Wonder Woman wouldn’t have an extended comical tone and would be more mystical instead. Thus, again could hit the right notes, with both the loyal fans and casual viewers. 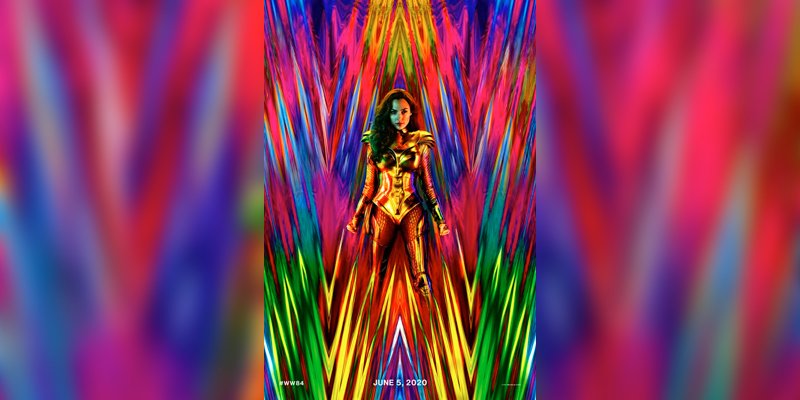 Source
Warner Bros had announced that this summer they won’t be visiting the San Diego Comic-Con hence the early gift for the fans. And truly twitter reactions, for the most part, have been receptive, from fans and celebs alike – 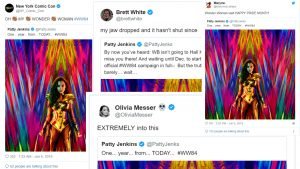 The movie also stars Kirsten Wiig and she would be playing Wonder Woman’s arch nemesis ‘Cheetah’. Set to release in June 2020, DC has a lot of other exciting movies lined up for the fans as well – Aquaman 2, The Batman and the highly appreciated Joker, although it does not exactly belong to the DCEU, still, Johan Phoneix as Mr.J seems to replicate him to in his truest form.

The Significance of Wonder Woman in the DCEU

Wonder Woman was the breakthrough character for DCEU and fans can’t wait for her comeback. And being a women-centric movie, it was all the more celebrated since many tend to fall short in this segment. Captain Marvel, another female-led superhero rubbed in a somewhat wrong manner even amongst the Marvel loyalists.

Deemed to be a bit arrogant and eccentric, Captain Marvel, the most powerful superhero in Marvel universe never came close to touch the popularity of even a former B grade superhero like ‘Doctor Strange’, let alone compared with the greats like ‘Iron Man’ or ‘Captain America’. But in the case of DCEU, Wonder Woman with her beautiful looks and powerful punches has surely matched or even overtaken for some – the demi-god and the bat.